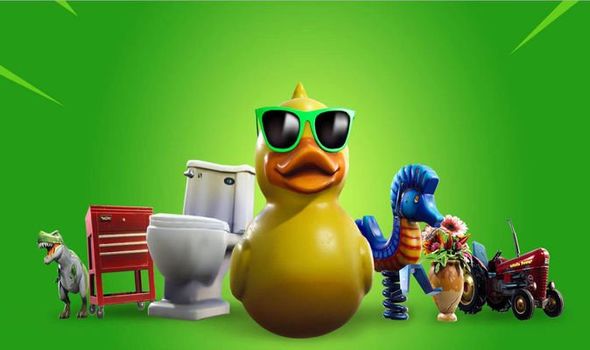 The new Prop Hunt map in Fortnite Battle Royale has proven very popular with fans, who want to see it upgrade.

In an unusual move, Epic Games released the new map as an unofficial/official Creative Mode release.

Launched during E3 2019, the new map shares the same classic rules that made it so popular in other games.

“The classic community mod has been reimagined within Fortnite by the talented StrayKite dev team,” a message from Epic Games reads.

“Faceoff in a thrilling game of hide and seek with a twist. Hiders can turn themselves into almost any decorative object (prop) on the map.

“Their objective, to evade the Hunters and survive until time runs out. The Hunters are tasked with finding and eliminating all of the Hiders within the time limit.”

And for those who want to join in, the Fortnite Prop Hunt Code is available to use.

And releasing it in Creative Mode has come with some interesting perks for fans to try out.

Gamers can configure their own settings and start a game, with Epic Games confirming that they will be adding new features in the future.

But some Fortnite fans are confused over why this isn’t a fully fledged game mode with better server support.

“Make Prop Hunt an LTM, or at least make it so that people can’t change the island code,” one gamer writes online.

“It sucks playing prop hunt, and only 4 people join because the others are too busy playing EnIgmAs ZoNe WarS.

“Or sometimes some random dude just changes the code to make it go to another map. I just want to play prop hunt; if I want to fight in the zone, I would have just played arena.”

Another adds: “exactly. just happened to me, they put in some zone wars map and then nobody could play prop hunt.

“I seriously don’t know why Epic didn’t make it an LTM or even a permanent mode.”

Things could change in the future, but until that happens, fans will need to keep using the current Prop Hunt code to join in.

The last World Cup Online Open kicks off this week, with the final spots to compete for the $30,000,000 up for grabs.

The show kicks off at 2:30 PM ET on June 21, meaning an evening launch in Europe.

Fortnite fans in the UK will want to tune in from around 7:30pm, BST, to catch the new battles.

The Fortnite World Cup can be watched on YouTube here.