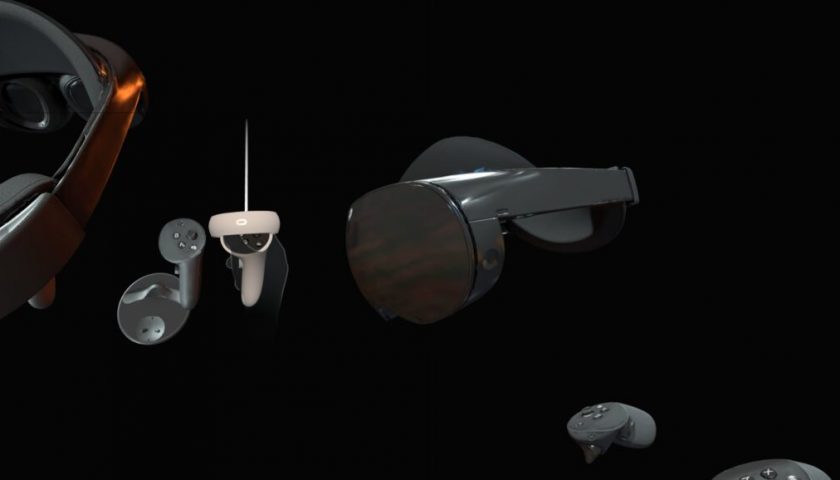 Last week we reported on another Project Cambria leak that revealed a set of textures for Meta’s new headset. Now those textures have been stitched together to give us a closer look at the device.

Twitter user Bastian, who was behind the original leak of the textures, posted new images of all the assets molded into 3D models. There’s one for the headset itself, plus the new controllers and the controller dock that we first saw in another leak.

Of course, when we first saw these leaks we were waiting on the reveal of Cambria — which we’d been referring to as Oculus Quest Pro — at the Connect developer conference. In the end, we didn’t get a full reveal of the device (Cambria itself is only a codename), but the little footage we did see of it is consistent with the 3D models here.

Namely, we can see a black headset with an integrated headband, a pair of controllers that no longer have the tracking rings of the original Touch designs, and a circular pad to charge them on. Bastain made a video flythrough of the models, too.

We also know that Cambria will not be a part of the Quest line of products, though it does look to be a standalone headset. The device uses multi-element pancake lenses for a more compact form factor, high-resolution color passthrough and eye and face tracking capabilities.

We’ll hopefully see more from Project Cambria soon, though the headset doesn’t have a firm release window just yet.