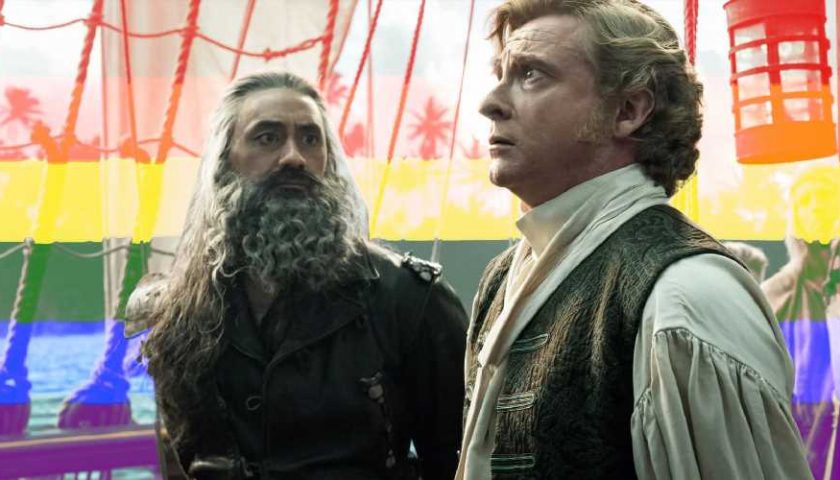 This article is part of Pride Month Picks, a collection of pieces that aim to highlight queer representation across games, television, film, books, and more throughout June.

I can’t stop thinking about gay pirates. I want to uproot my life and take to the seven seas in search of a swashbuckling sweetheart who will sweep me off my feet. HBO’s Our Flag Means Death is absolutely responsible for this new fantasy, with the romance of Stede Bonnet and Captain Blackbeard drawing me in, breaking my heart, and piecing it back together again as I cheer on the igniting bond between these two men.

Having recently been renewed for a second season, David Jenkins’ comedy series is bound to delve even further into this relationship as Rhys Darby and Taiki Watiti return to inhabit their characters. I’m so relieved things aren’t being cut short, with the final episode concluding on a cliffhanger that leaves Blackbeard heartbroken while Stede attempts to reunite with his new love and make amends for past mistakes. The potential is immeasurable, and all because the building blocks have been so perfectly assembled.

One of the things I love most about Our Flag Means Death is how it normalises queer identity. Despite taking place centuries before LGBTQ+ people were accepted in wider society, the show is filled with characters who are unafraid to show their attraction to the same sex through physical touch and flirtatious comments, while even those with no romantic connection are intimate or caring to their friends aboard The Revenge.

There isn’t a single moment in the show where someone has to step forward and justify who they are, except for Stede in the final episode in a conversation with his wife about a clear attraction to the pirate lord he left behind. Even here it’s done with subtlety, Stede exemplifying the pronouns of his smitten partner before his wife provides a knowing look, pulling him into an embrace that is all the acceptance we need to see.

Our Flag Means Death is gay, happy, and inclusive in a way that deserves expansion, subverting the harmful queerbaiting tropes we’re so used to by not only confirming its core relationship before the finale, but spending so much time making it clear that Stede and Blackbeard couldn’t be more in love if they tried. Two older men with conflicting emotions and motivations find solace in one another’s arms, filling a void that once felt impossible to occupy. 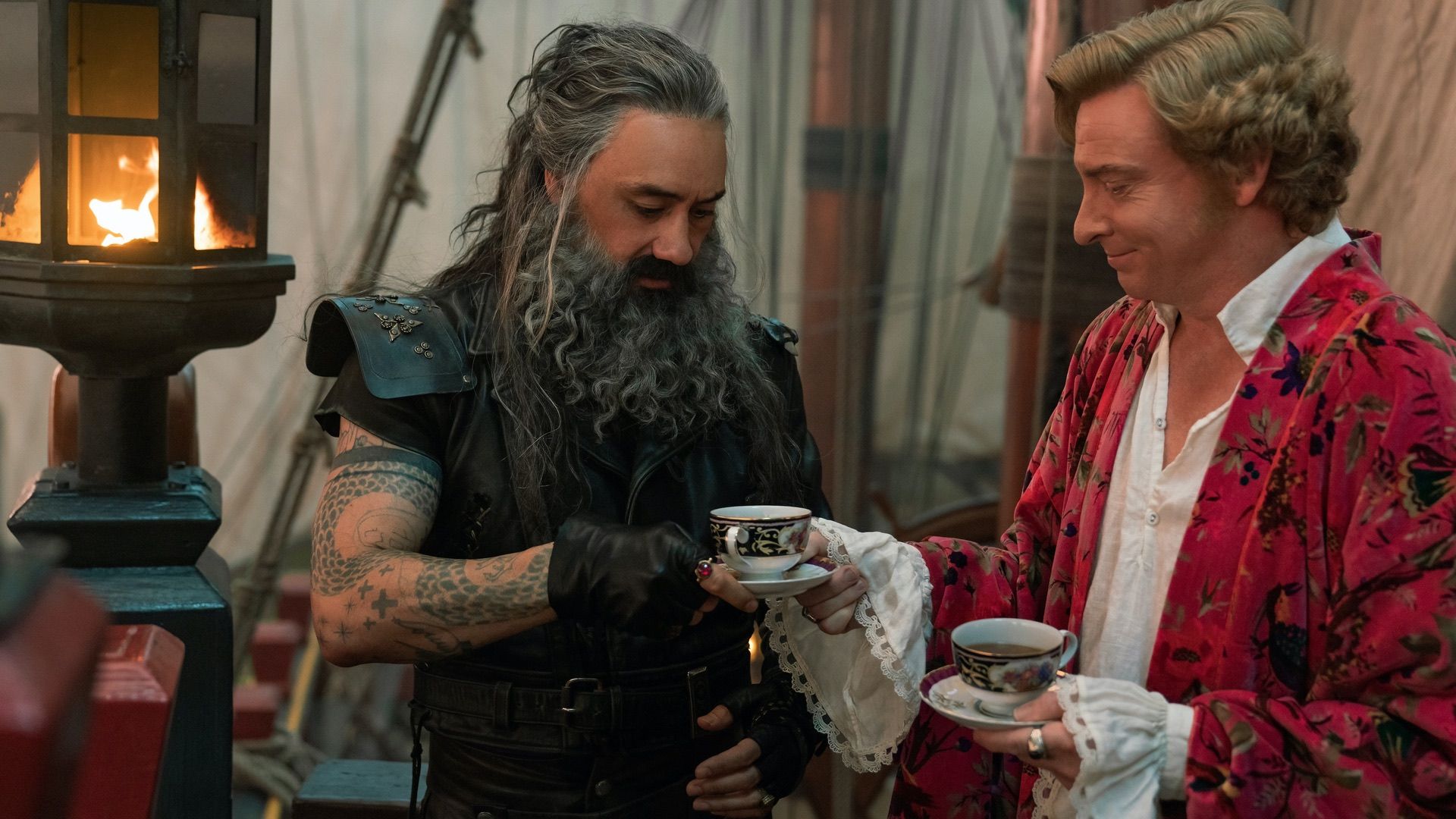 I knew the show was fruity long before I watched it, hearing positive comments on social media while glancing at fan art that showed Stede and Blackbeard in all manner of situations. Some were wholesome, some very much not so. Yet all of them piqued my interest enough to finally walk the plank. Stede Bonnet’s character is easily my personal highlight. He’s a good man defined by his charming personality and a disposition so honest that he often lands himself in hot water when trying to go against the pirate laws of pillaging and death. A gentleman pirate doesn’t kill, he battles with words instead of swords, always making sure to replace whatever he steals with something of equal value in order to avoid hurting anyone’s feelings. He’s adorable, but hides a tragic backstory of familial betrayal and personal insecurity that not even Blackbeard is able to help with.

Rhys Darby is known for his sharp wit and improvised comedy, and that shines here more than ever, but there are also instances of silent contemplation around abandoning his family, knowing that he’s leaving behind a bloodline in favour of his own happiness. Stede has never belonged, belittled by his father by not being strong enough and thrust into a marriage to have children he feels no connection to. He’s lost, and has no choice but to leave it all behind or surrender to his own misery. There’s a clear metaphor here for suppressed sexuality, with your previous life fraught with obstacles so monumental that the only solution is to leave it all behind and start again. For Stede it’s a scary proposition, but an ultimately worthwhile one. 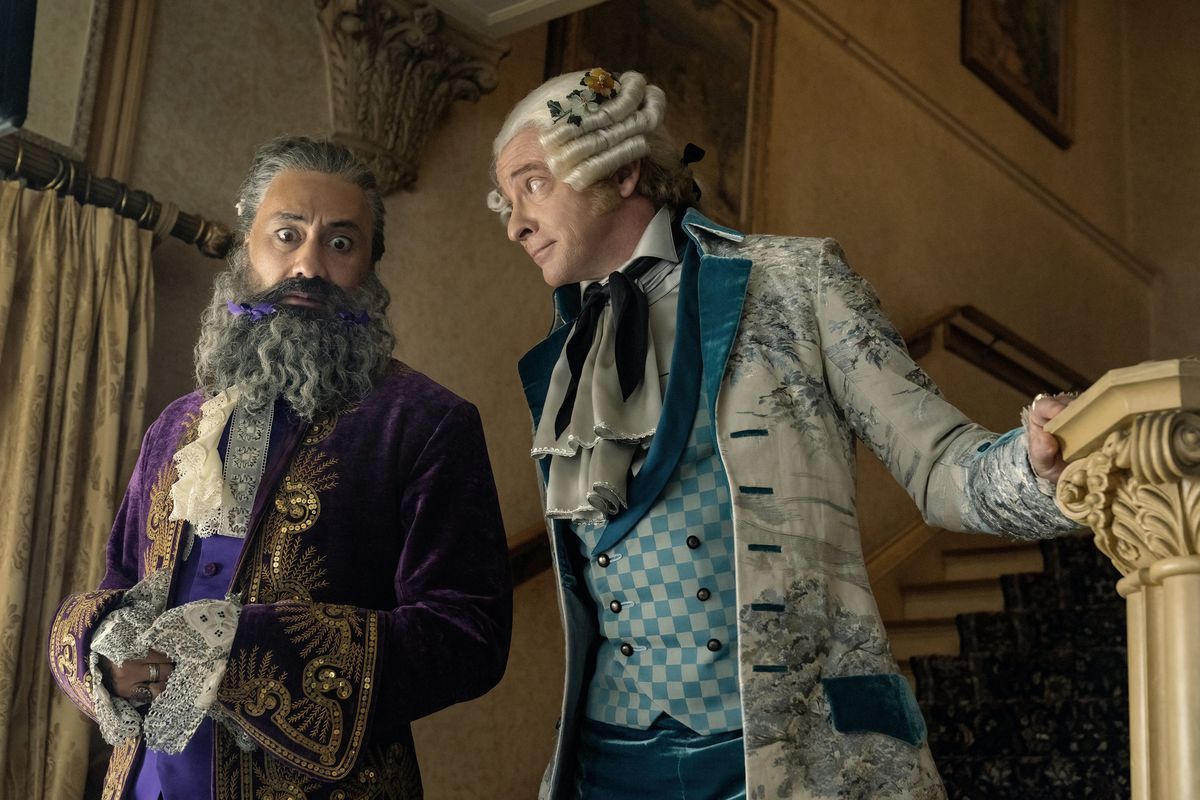 Blackbeard is equally lost in his own existence. The pirate lord has done everything, committed crimes so heinous and established a reputation around the world so menacing that there is nothing left for him to achieve. He’s done it all, often staying behind and letting his crew do all the dirty work instead of putting himself in danger. Stede is the catalyst to his revival, showing him that thrills needn’t come from piracy, but falling in love with someone with differing values and a more positive outlook on life and respect for those around him. Stede teaches him to dance, Blackbeard teaches Stede to swordfight, Stede teaches him how to dress formally, Blackbeard teaches him how to be a real pirate. They’re perfect for each other, opposite values proving an attraction that goes far beyond a temporary fling.

Yet they’re also both inherently flawed people, and Our Flag Means Death never stops making that clear. But so are those we fall for in reality, relationships being a series of compromises we must accept in order to appreciate the value of spending a lifetime with someone we admire. When both of them are sitting together looking towards the ocean, finally coming to terms with the feelings that have been bubbling away for almost ten episodes, we are right there with them, punching the air as they kiss in a way that feels equal parts awaited and hesitant. I wanted to see more, but understand that the slow route for a show like this will always be the best, letting us appreciate each small advancement and embrace the burning passion as it starts to surface. Our Flag Means Death is one of the finest queer love stories on television right now, and I hope it continues to find a larger audience as the second season enters production. Stede Bonnet and Edward Blackbeard’s romance is one we’ve not seen on the small screen before, and it’s executed with such beautiful honesty in how these two men from disparate backgrounds fall in love and learn to become better people in the face of their own feelings.