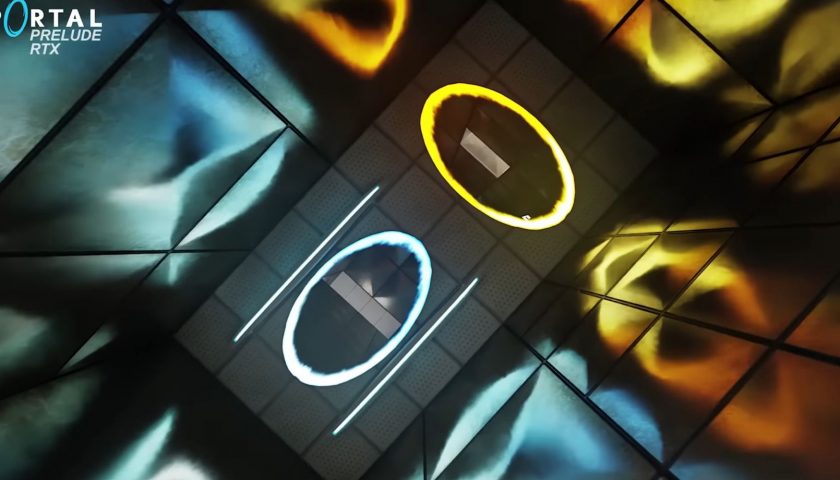 Last month, Portal got a glow-up thanks to Portal RTX, a ray-tracing overhaul made possible by technology provided by Nvidia. It’s still the same old Portal but with a few new easter eggs and a massive improvement to the game’s lighting. Since its December release, modders have been itching to get their hands on the tech that brought global illumination to Portal RTX, with some unwilling to wait for the tools to be made publicly available and just ripping them straight out of Portal RTX’s code.

Nvidia would rather modders just use the tools that they’ll provide as part of the RTX Remix program. And to show us what those tools can do, Nvidia just offered us a preview of Portal: Prelude RTX, an updated version of the beloved mod that reveals the birth of GLaDOS.

In case you weren’t around back in the late 2000s, Portal: Prelude came courtesy of modder Nicolas ‘Nyk018’ Grevet. It takes place before Aperture Science was taken over by a homicidal science-obsessed AI, with a series of new puzzles revealing how everything all went wrong.

As reported by PCGamesN, Grevet is working with fellow modder David Driver-Gomm, creator of the mod Raising the Bar: Redux for Half-Life 2: Episode Two. Nvidia showed off their combined efforts during its CES address, revealing a mod that looks as good as Portal RTX.

And just like Portal RTX, Portal: Prelude RTX will be available free to all Portal owners. The mod will release on both ModDB and Nexus Mods sometime in the near future.

Those wondering if we'll ever see a Portal 3 will be happy to know that the original Portal writers at least have some ideas of what Portal 3 will be about, although they haven't written a script or pitched Valve to actually make the game. There's likely some significant hesitation to even mention the number three in the hallowed halls of Valve, but just know that the idea is there at least.