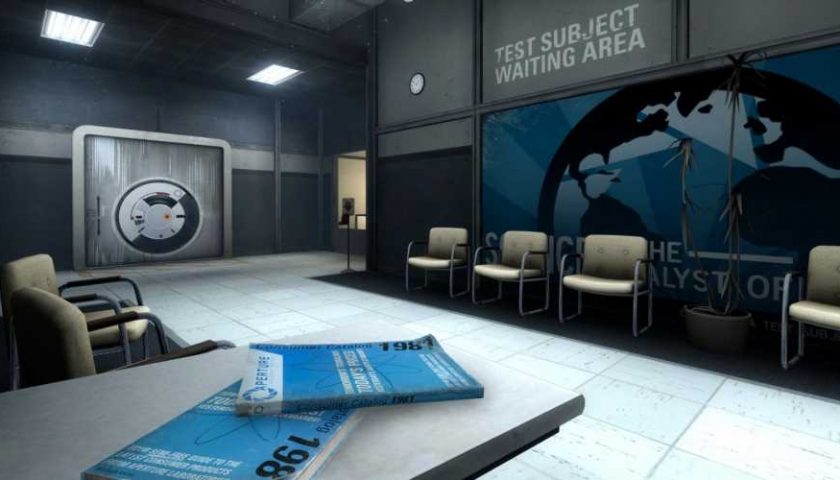 The Portal 2 mod Desolation is a major expansion to Valve's beloved sequel to the portal-opening game. Developed by Emberspark Games, work on Desolation has been ongoing for several years, with the last major news update coming in late 2020. But this weekend, an update video was released showing the huge overhaul the Emberspark team have made to the original game's assets and lighting.

For those unaware of this expansion, let's fill in the details. Portal 2: Desolation is a standalone fan-made campaign featuring a fully original story and locations. Set many years after Portal 2, Desolation focuses on a character called Diana Mendez who happens to be cybernetically enhanced with a range of robotic upgrades including an integrated Portal Device. In January last year, Emberspark released a gameplay trailer that showed Diana effortlessly flying across a huge chamber and bouncing a Companion Cube along with her.

In a blog post, the devs acknowledged their "radio silence" since then but said they're "extremely proud" of the progress they've made. "Behind the curtain, we've spent the last year quietly working away on our most ambitious overhaul to Desolation and its engine to date", they said. To summarise, Desolation will look much more modern as the developers have completely replaced the Source Engine's rendering and lighting pipeline.

The graphical overhaul means the new lighting system was built from the ground up and a physically-based renderer was introduced. This means several benefits, not least the chance for real-time volumetrics, which will alow artists to create a stronger atmosphere and mood. "We've also spent time rebuilding some core Portal 2 assets from scratch, taking the opportunity to not only increase the fidelity of those assets, but also to expand their character by giving them stronger material identity with our new unified shaders", Emberspark said.

While this might be a lot of technical talk, it does mean development should now speed up as this overhaul will "massively speed up" their overflow, according to the devs, while those interested can simply check out what all this developer chat actually means in practice by viewing the uploaded video which shows off Emberspark's hard work.

While a release date still seems a ways off, Desolation is currently mid-development, while the overhauled graphics clearly show the mod will be a significant update over Portal 2, especially since Valve's sequel is over a decade old.