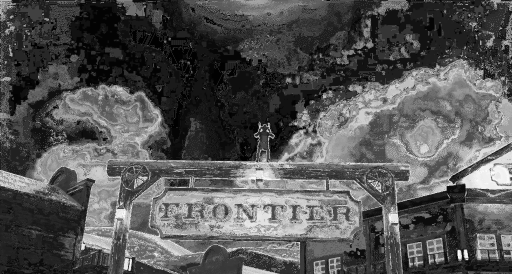 Population: One Season 2: The Frontier arrives on May 13th and brings more changes for the VR battle royale hit.

Following last week’s tease, developer Big Box released another teaser for the upcoming season today, revealing next week’s date. The trailer also doubles down on the Western theme hinted at last week and gives us a look at some of the new cosmetics you can expect to earn in this season’s battle pass. Check out the trailer below.

More importantly, though, the trailer confirms a new dual-wielding weapon type, which looks like double-barrel shotguns in the palm of your hands. As the camera zooms out, we also see what looks like a brand new section of the map that looks ripped straight out of any Western movie. This suggests we’ll be seeing either some major modifications of extensions to the game’s traditional map this season.

As with Season 1, you can expect the game’s major new features to be implemented in a free update, while the new cosmetic unlocks will be connected to the battle pass.

That isn’t all that’s coming to the game next week, though. Big Box also teased to UploadVR that the game’s play size is expanding from 18 to 24. Expect more information on that increase as we approach launch.

We reviewed Population: One at launch back in 2020. “If you’re looking for a new, addictive VR shooter to sink your teeth into then you can’t go wrong with Population: One,” we said, giving the game 4/5. “The verticality and freedom of movement is unrivaled and the smooth, snappy gameplay feels fantastic even on the lower-powered Oculus Quest.”

Will you be diving into Population: One Season 2 this week? Let us know in the comments below.