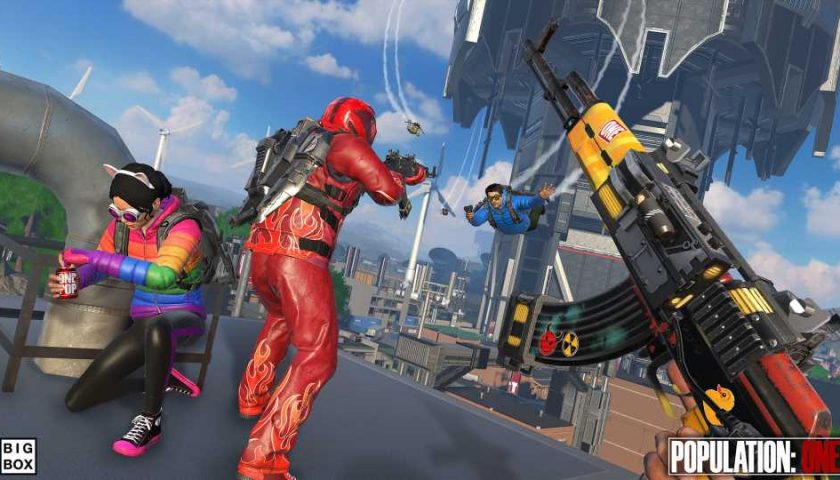 Today BigBox VR revealed that battle royale VR shooter Population: One is getting ‘Private Rooms’ in a Beta form this Friday at 12PM PT for custom game lobbies.

You can see in the image above what it will look like in-game. You’ll be able to select either ‘Create’ or ‘Join’ from a menu. When you click ‘Join’ you’ll be able to easily find Private Rooms that friends have setup or join a Private Room based on a specific room code.

When you join a Private Room, you can hangout in the lobby for as long as you want, select who is on a team with who, and compete with as few people as you’d like. You can even pick War Mode or the standard 3-person Squads mode.

To get more insight about the new feature, we spoke with Gabe Brown, Co-Founder and CTO at BigBox VR:

“Giving the players control over the game mode so they can play between squads and war mode and their own private room, but they can also play on the teams that they want is really important to us. So if they wanted to, they could be like, ‘Okay, it’s a my family versus your family,’ or, ‘Oh, I’ve always wanted to play in a squad with Bob and Christine so let’s go play a match with them.’ They have a lot of control. We made it really easy for people to create rooms. Just from the Matchmaking menu, you can select it and create a room. That person that creates that room becomes the room leader and they can share their room by giving out a room code. So it’d be like ABC 234 would be an example room code. That allows anybody with that room code to be able to join the server. They can tweet it out, they can put it on a Facebook group. [We] would love to see streamers put it on their stream so they can interact with their fans. There’s a number of uses there for people to coordinate esport tournaments. It’s really interesting because now people can get together whenever they want as part of that.

We’re really excited about that because it really just opens it up to for people who have a large friends list or people who just want to interact with their community or wants to coordinate their own tournaments. It’s endless possibilities for people to come together and play Population: ONE the way that they want.”

You read that correctly. BigBox VR created a coupon code for UploadVR readers that are new players to Population: One. All you have to do is redeem the code ‘UPLOADVR’ on your account between right now and April 7 at 12AM PT and you’ll get 750 Bureau Gold in-game currency for free. That comes out to about $10 worth of currency, which is just enough to buy the Battle Pass and skip a level at no charge.

NOTE: BigBox VR has informed us that if you’re an existing player that has had the game installed for 1 week or longer, then this coupon code will not work. This is for new players only.

Also, this is not an affiliate code, we do not get any kickback from you using it. It’s purely just a gift from BigBox VR to reward our readers. Have fun!

Population: One is available now on Oculus Quest and PC VR headsets for $30 with cross-play. For more details, check out the official website. Keep your eyes peeled on the official website for a big Private Rooms FAQ once the feature launches later this week.