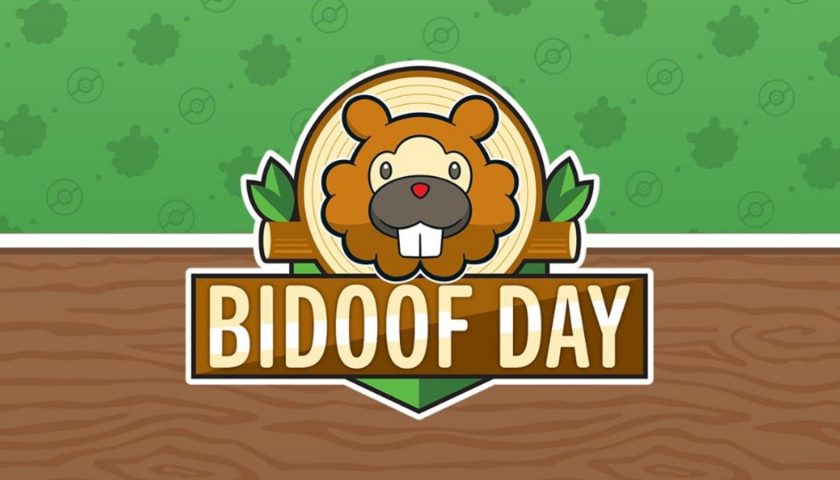 Pokemon has officially declared July 1 will be Bidoof Day, inviting fans of the well-loved Pokemon to join in on a day of Bidoofery later this week.

It might not come to you right away, but everyone has a favorite Pokemon. That Pokemon might have even changed over time. In fact, it would be odd if it hasn’t, especially if you have been a fan of the franchise for all of its 25 years. Those original 151 Pokemon have been joined by hundreds more, making it far harder to pick just one to be your very best.

Even though your favorite Pokemon will likely differ from the next trainer’s, if that Pokemon is Bidoof, then you share something in common with more fans than if it were not. Well, probably. It’s hard to imagine a world in which the adorable Bidoof isn’t everyone’s favorite Pokemon, and the creators of the beaver Pokemon are about to acknowledge that.

Pokemon took to Twitter on Monday and officially declared July 1 will hereby be known as Bidoof Day. Even better for those of you who don’t have a calendar handy is the realization that the declaration means the world’s first-ever Bidoof Day is just three days away. Pokemon invites you to join it in an entire day’s worth of Bidoofery.

What that will include exactly remains unclear. Pokemon has told the hordes of Bidoof fans currently celebrating the news to stay tuned to its social media channels for more news on how Bidoof will be celebrated. In the meantime, Pokemon Go players can continue their hunt for a shiny Bidoof. Pokemon Go’s Bidoof Breakout Event is live now and will come to an end during Bidoof Day.

Pokemon also doesn’t mention whether this Bidoof Day will be a one-off event or a recurring holiday that comes around every year. Bidoof is so well-loved in the Pokemon community that even if Pokemon tries to ignore it next year and the year after that, its fans will ring it in every July 1 from here on in. Apparently, July 1 is also National Gingersnap Day. Well move over you mediocre snack, July 1 is Bidoof’s day now.