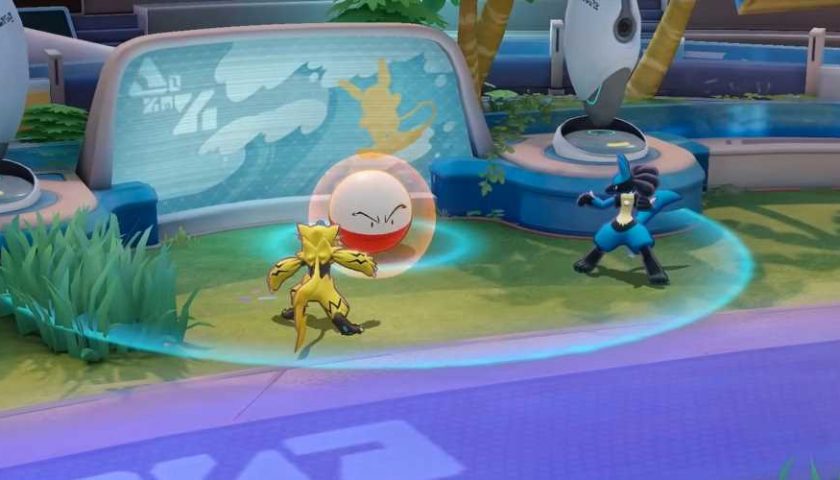 Pokemon Unite was one of four Pokemon games launched to celebrate the series turning 25. The free-to-play MOBA has clearly been a hit, as developer TiMi Studios continues to add to the game which is available now on mobile and Nintendo Switch. This week, Unite may have received its biggest addition yet. Not a new Pokemon to battle with, but your first chance to try the previously leaked Catch 'Em Battles.

Catch 'Em Battles were leaked a short while ago and thanks to this week's update (spotted by Nintendo Life), they are now a reality. The new battles take place in a slightly altered version of the regular Unite stadium, and as the name implies, you are able to catch and use the wild Pokemon you defeat while attempting to score against your rivals. Once a Pokemon is caught, it will replace your battle item icon as demonstrated in the video below.

The list of wild Pokemon you will be able to catch includes Electrode, Tauros, Ludicolo, Avalugg, Araquanid, Zapdos, Articuno, and Regigigas. Once caught, you will be able to switch out your regular Pokemon and use the caught one instead. Each of them will have a basic attack, two other moves, but none will have a Unite move. Zapdos, Articuno, and Regigigas will also be able to use Zap Cannon, Ice Beam, and Hyper Beam, respectively, to weaken your opponent's goal zones.

Catch 'Em Battles are live right now to all Unite players if you want to give them a try. They are only available for a limited time though and will be leaving the game again on June 26, 2022. It's currently unclear whether the plan is to make Catch 'Em Battles a permanent feature should they prove to be popular enough, if they will be brought back sporadically three or four times a year, or if this will only be a one-time thing.