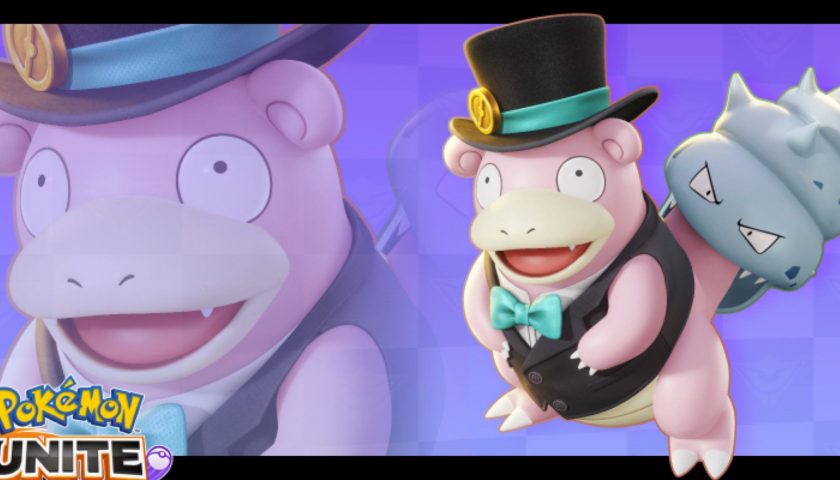 Yes, it's another New Year spent during a pandemic, which means some of you are going to be spending this occasion playing video games instead of partying. No judgment here–even if there wasn't a potentially deadly disease running wild all over the world, I'd probably still be playing video games up until 11:59 PM.

I’m also not going to dress up. It’s far easier for me to continue slubbin' it and let Pokemon Unite dress for the occasion thanks to three new suits that celebrate the passing of 2021 into 2022 in style.

First, we have Tuxedo Style Slowbro, which is a Slowbro wearing a tux. Does the bowtie fit Slowbro's vacant stare into the middle distance? You betcha. A shame the Shellder on its tail didn't get the same attention, but maybe next year.

Second is Tuxedo Style Greedent. This chubby little squirrel looks rather dashing in a suit that runs the entire length of its long and bushy tail. And it even has a coin on the end, too. Very stylish.

And finally, we arrive at Tuxedo Style Blastoise. To be honest, the tuxedo and top hat combined with the obvious howitzers sprouting from Blastoise's shell give this Pokemon an air of danger. Like if Guy Ritchie somehow got asked to make a Pokemon movie and cast Blastoise as a mob boss from 1812.

All three costumes are available now alongside Concert Style Pikachu, who apparently thought that New Year's called for frills. To be clear, it does. Frankly, you can wear whatever the hell you want. We’re two years into a pandemic and my Pokemon is going to be better dressed than I am. Frills, tuxedos, pirate hats, cyberpunk metal arms–it's all fair game this year.

All three Tuxedo skins are available now in the store for 400 Aeos Gems. You can still get the Holiday-themed skins too if you’d rather just wear a jolly red hat.