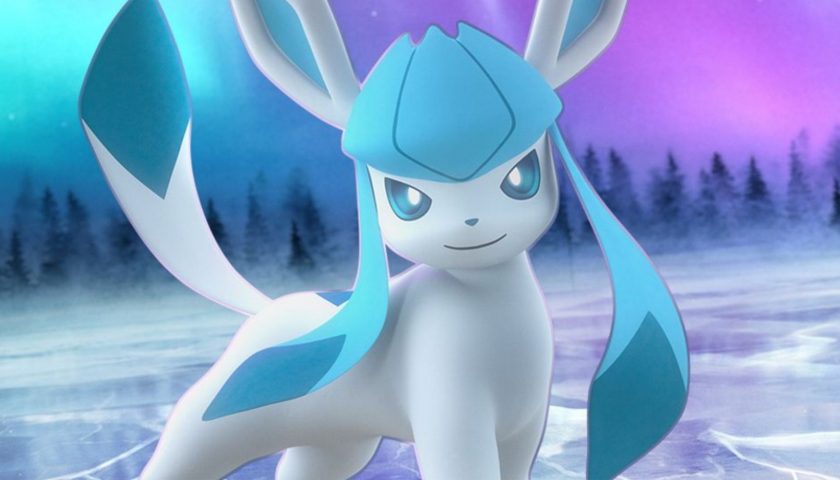 Pokemon Unite is constantly adding new Pokemon to their playable roster; keeping things fresh within their game, even for veteran players. Presenting players with another "Eeveeluton," Glaceon is their latest addition; functioning as a ranged, special-attacker.

Similar in the case of past additions to this growing roster, Glaceon possesses several unique moves and mechanics; offering players a new experience when choosing to play as this ice-type Pokemon. As the case with every playable Pokemon in this game, there are varying builds and strategies to consider when playing as Glaceon; each detailed below with tips and suggestions.

When To Pick Glaceon

Glaceon proves to be a versatile choice when competing in Pokemon Unite matches. Evolving at an early level and possessing powerful attacks, this Pokemon can find success in any lane that they choose to compete in. Players can choose to the center lane, allowing them to quickly knock out wild Pokemon to obtain an early level advantage over the competition. When choosing this option, make sure to assist your teammates with match objectives and large team fights; often being the difference between victory and defeat.

Alternatively, players can find success when choosing either the top or bottom lanes when playing as Glaceon. Evolving at level four, players can share XP with their teammates while still proving to be effective at a relatively low level. When opting for this play style, make sure that you are playing close to your allies; dealing damage and slowing down enemies that may be threatening to them. Regardless of which location and play style you choose, Glaceon has the potential to be extremely effective in matches; possessing many unique and powerful moves.

This build maximizes Glaceon's damage-dealing ability at range; allowing for players to carry team fights from a safe distance. When playing as this Pokemon, it is necessary that this is remembered; as Glaceon possesses relatively low survivability. Make sure that you are working with your teammates when opting for this build, allow for others to tank the majority of opponents while you safely deal most of your team's overall damage.

When playing with this build, choose the attack Icicle Spear. Build up ice crystals by attacking Pokemon, then use this move; providing a powerful sure-hit from range. Use Ice Shard once this attack is initiated; boosting your speed and basic attacks and providing you with two additional ice crystals. This combo allows for a non-stop icicle storm directed toward the opposition; dealing massive damage with the short cooldown times of these moves.

For this build, Focus Band is recommended as a Held Item; adding to your survivability and allowing you to withstand long and difficult team fights. Pair this with Choice Specs, adding damage to your attacks, scaling with your Pokemon's Special Attack stat. The use of the Eject Button Battle Item is useful for this build, giving you a method of retreat when needed.

This build focuses on Glaceon's ability to slow other enemies with its ice-type attacks. Pairing this with attacks that deal large amounts of burst damage; this strategy will trap your opponents in vulnerable situations left and right. Although keeping your distance is still a priority, players can take advantage of slowed enemies by quickly going in and attacking without having to worry about as much resistance. This is another play style that works well with the presence of your allies; using your slowing abilities to assist your teammates in dealing damage or retreating.

When choosing this build, use Freeze-Dry to damage and slow any enemies that are hit by this attack. Quickly pair this with Icy Wind; allowing you to quickly dash toward an opponent and deal damage while they are vulnerable. Landing consistent hits with these two attacks will combine to produce great synergy; constantly freezing and slowing all of your opponents.

As far as held items go, Focus Band is still recommend; compensating for this Pokemon's relatively low endurance stat. Pair this with other Held Items that boost this Pokemon's Special Attack stat; including choices like Choice Specs or Wise Glasses. If you wish to further the slowing capabilities of this build, opt for the Slow Smoke Battle Item, providing you with an additional way to trap your enemies.