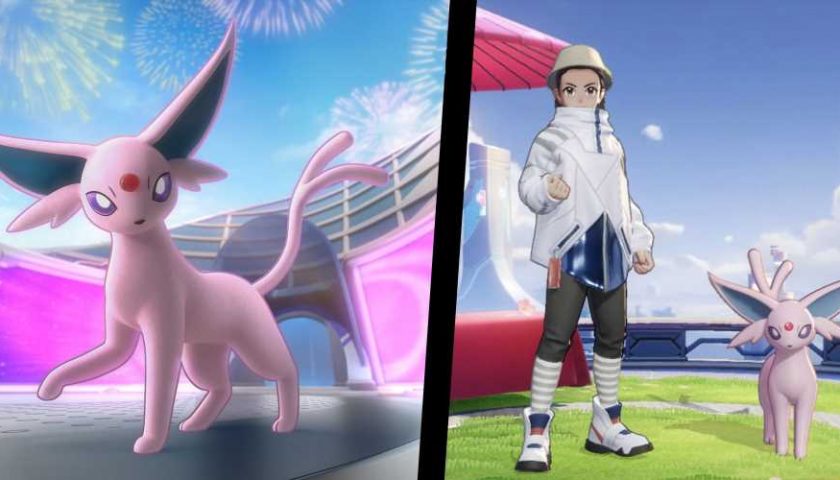 Pokemon Unite continues to innovate with the release of each new playable Pokemon; presenting players with several new and exciting mechanics. This pattern remains true with their latest addition: Espeon; the second "Eeveelution" added to this game following Sylveon.

Possessing the potential to deal massive damage, this Pokemon is versatile; proving to be played successfully in a variety of situations throughout a match. That being said, it is crucial to know when certain moves and playstyles thrive during a match; often making the difference between an effective and ineffective performance. Use this knowledge to maximize the impact you have in your matches and contribute to your team's overall success.

When To Pick Espeon

You can find success when using Espeon in all three lanes during a match (top, center, and bottom). Wielding a variety of attacks that deal large amounts of burst damage, this Pokemon can defeat Wild Pokemon and gain XP quickly. This makes Espeon a viable option when choosing the center lane; allowing you to efficiently gain a level advantage over your opponents and dominate in battles.

Additionally, Espeon can successfully be played in either the top or bottom lanes. Although this Pokemon can deal massive damage, Espeon falls short in overall survivability with its generally low endurance and lack of HP regeneration. This makes the presence of a teammate extremely useful when playing as Espeon; allowing your tankier teammates to take the front line while you deal massive damage from a distance.

Due to there being two Pokemon that start each match as Eevee (Espeon and Sylveon), there will be a symbol outlining Eevee's level resembling which Pokemon they will evolve into. Take note of this during matches, especially if the opposing team is playing with both "Eeveelutions."

This build utilizes Espeon's ability to quickly cause large amounts of burst damage. Proving to be extremely effective in larger team fights, use your range to attack multiple targets at once when using this build; allowing you to deal massive damage and dominate in battles. Although it can be used successfully in any location, playing with this build in either the top or bottom lanes is especially effective; making up for Espeon's lack in overall survivability with the presence of a teammate.

For this build, you will want to use Psyshock, which provides you with massive burst damage when used accurately. Pair this move with Psybeam, an attack that ricochets off its initial target when other enemies are in the area. This combo will allow you to fully take advantage of this Pokemon's ability to stun and damage multiple targets at once; proving to be massively effective when working with teammates in battle.

The cooldown for Espeon's Unite Move is relatively short, so the use of Buddy Barrier is always recommended when playing as this Pokemon. Using the Scope Lens with this build maximizes its overall effectiveness; further increasing the potential damage that this Pokemon can cause. Additionally, X Attack is recommended when choosing your Battle Item; allowing you to increase the damage that you deal in large encounters.

This build focuses on targeting weak enemies and quickly taking them out of team fights. Due to this build's ability to single out enemy Pokemon, success can be found both when working with teammates in the top and bottom lanes or when traveling on your own in the center lane. Make sure to be present for large team fights when possible, giving you the opportunity to "turn the tides" of a battle with ease.

For this build you will want to select the moves Stored Power and Future Sight. Use Future sight to target vulnerable opponents; focusing and increasing the damage that you deal to the targeted Pokemon for a short time. Quickly follow this with Stored Power, causing all projectiles to lock onto the targeted Pokemon with increased effectiveness. Use this combo to identify and focus weak opponents; defeating them and providing an advantage with ease.

Buddy Barrier is still suggested due to the frequency of you using your Unite Move. Use of the Shell Bell is extremely effective when playing with this build, not only increasing your damage, but also providing you with health regeneration when in battle. Slow Smoke or Eject Button can be chosen as Battle Items for this build; furthering your ability to chase and trap retreating enemies.