Pokémon is a very deep and immersive franchise that’s full of many surprises and nuances. The fan base isn’t always identical as each person has the specific things they love about the games. One of those things is the shiny forms of pokémon which are the rare color variants of each species.

Some are better than others and fans have been trying to acquire them since their introduction in Pokémon Gold & Silver. Let’s now take a look at and rank the 10 best shiny forms of pokémon that are a fiery red. 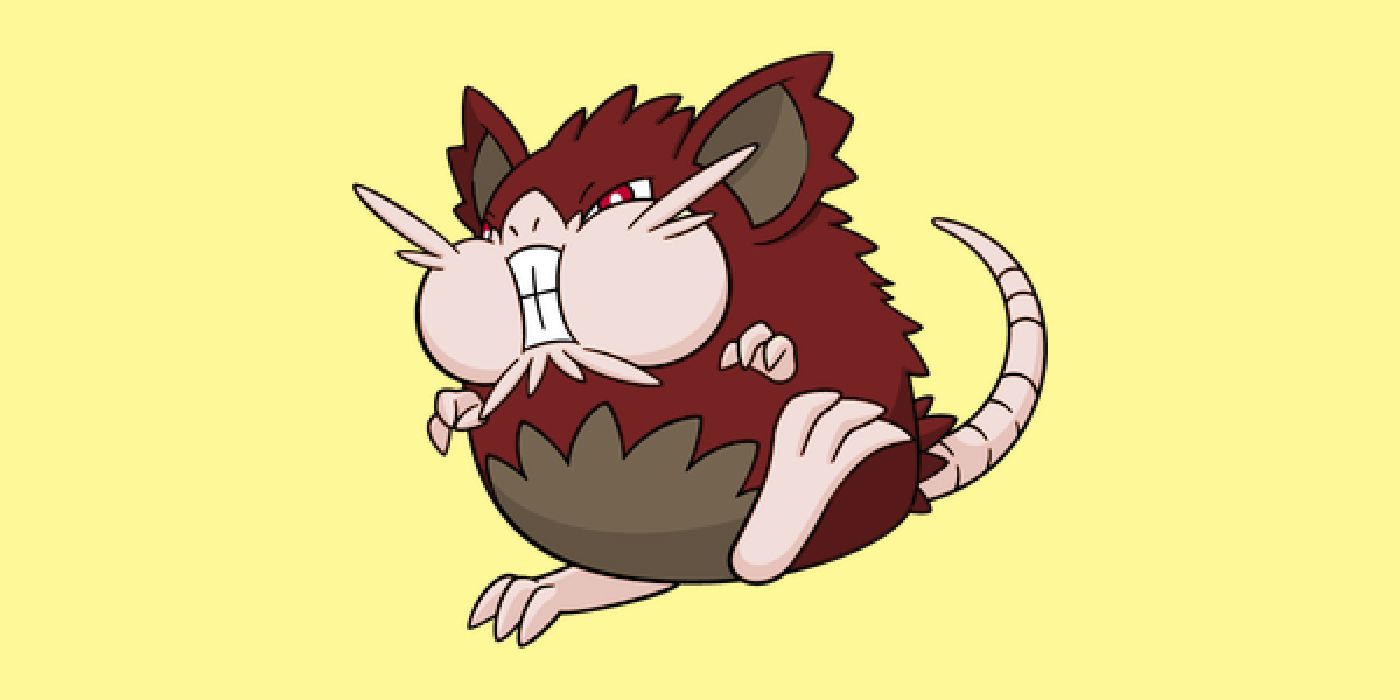 Both Rattata and Raticate often get left in the dust and never make lists about pokémon. Considering that the Alolan variant of Raticate’s shiny form is a darker brownish red it only felt right to let it be the first creature on the list.

The shiny form of a normal Raticate is bright burnt orange so it makes sense that the Alolan form would fall in-line with it. There are very few reasons to own and actively use a Raticate in battle, but sporting a uniquely colored one that happens to be a shade of red might just be enough of an excuse. 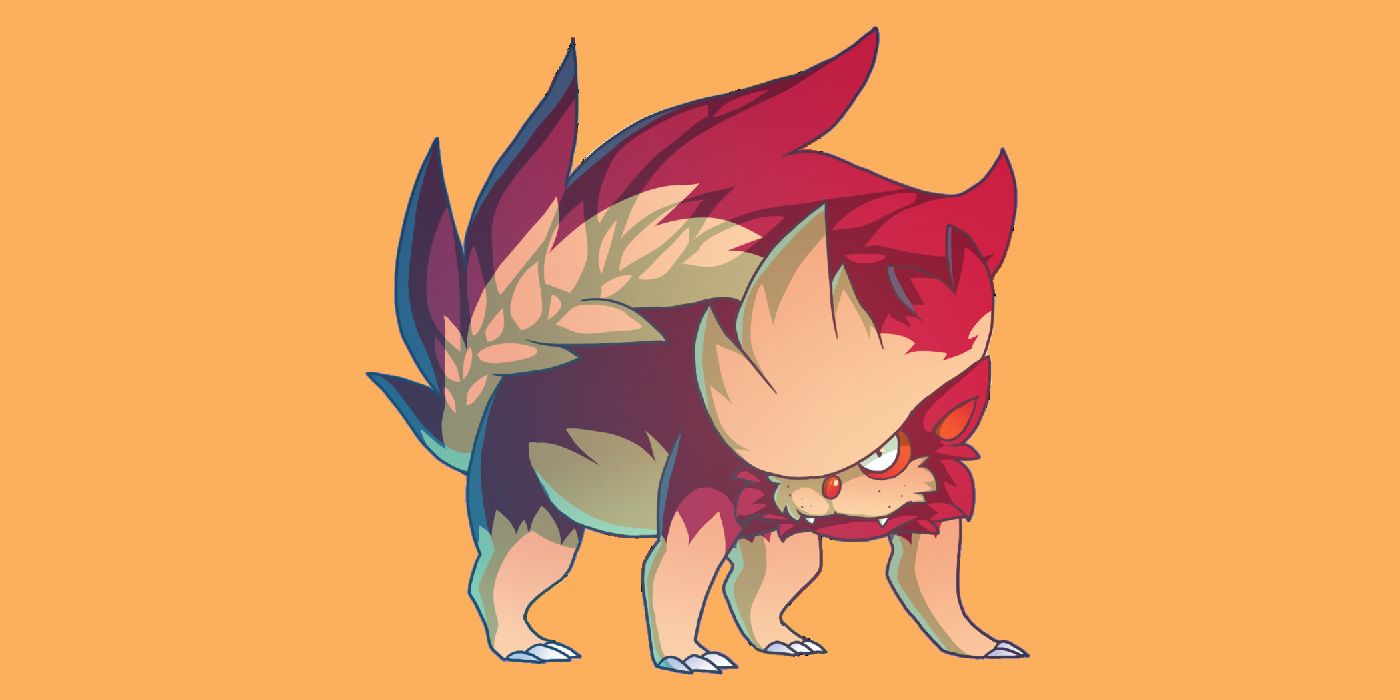 One of the hardest lives to be born into on planet Earth is that of a skunk. Most people avoid you at all costs and the only time you ever receive love and attention from mainstream audiences is when people are watching Bambi.

Skuntank is a pokémon that’s supposed to be based on a skunk but has a very feline-like face. It’s normally colored a shade of purple as most poison-types are, but thankfully it shiny form makes it more appealing. The vibrant red plays very well in combination with the vanilla white accents around its body. 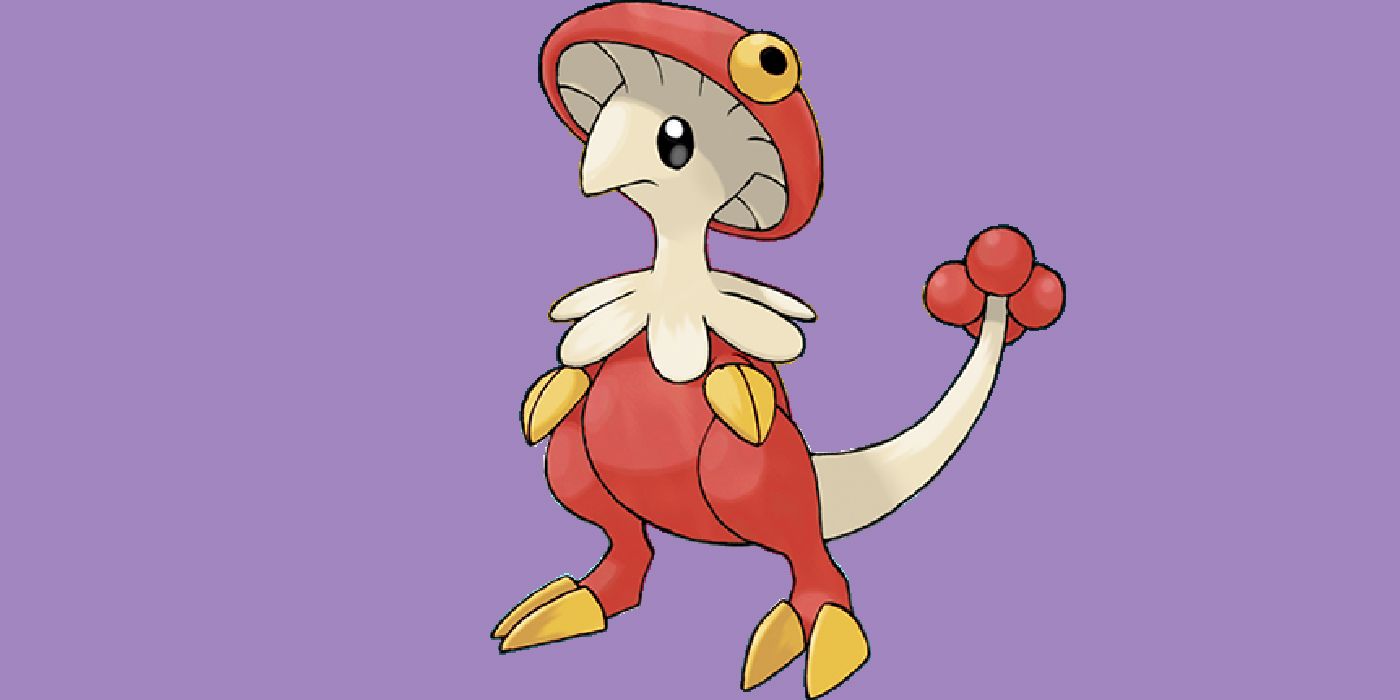 If you were to poll 100 random Pokémon fans chances are most of them would remember that Breloom is grass-type, but forget that it’ also fighting-type as well. It’s known as the Mushroom Pokémon which seems to be the reason its base form is mostly green and its shiny form is mostly red.

If you’ve played the Super Mario Bros. games for any amount of time then you’d know that red and green mushrooms are the only colors of mushrooms that matter. It just depends on which one you prefer. 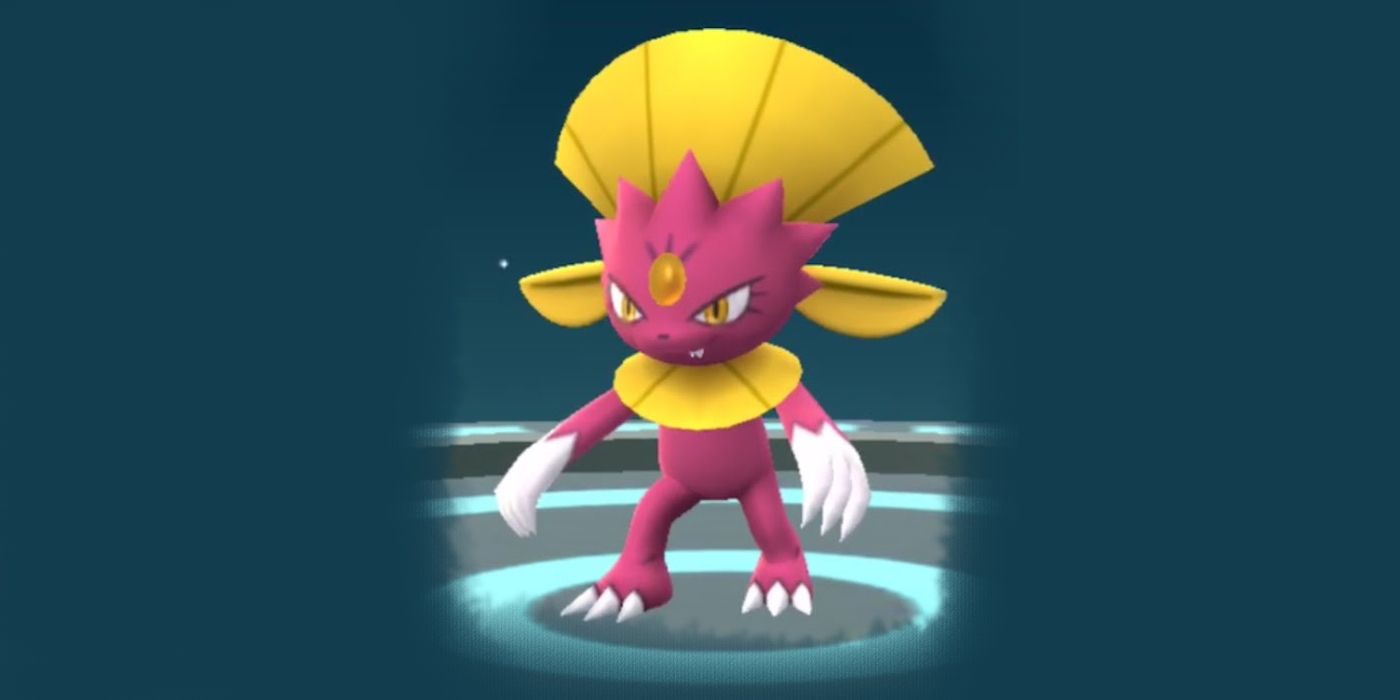 Weavile has to have one of Pokémon‘s most controversial and confusing shiny forms. In certain depictions, the shiny version of Weavile is a solid red coloring, whereas in other versions it’s more of a magenta color. For the sake of this list, we’re considering it a red shiny form, but a case can be made that it’s pink depending on what you’re looking at.

With Weavile’s body turning a reddish color, its fins and tail change into a bright mustard yellow that compliments the rest of the design. You can’t go wrong with any form of the Sharp Claw Pokémon. 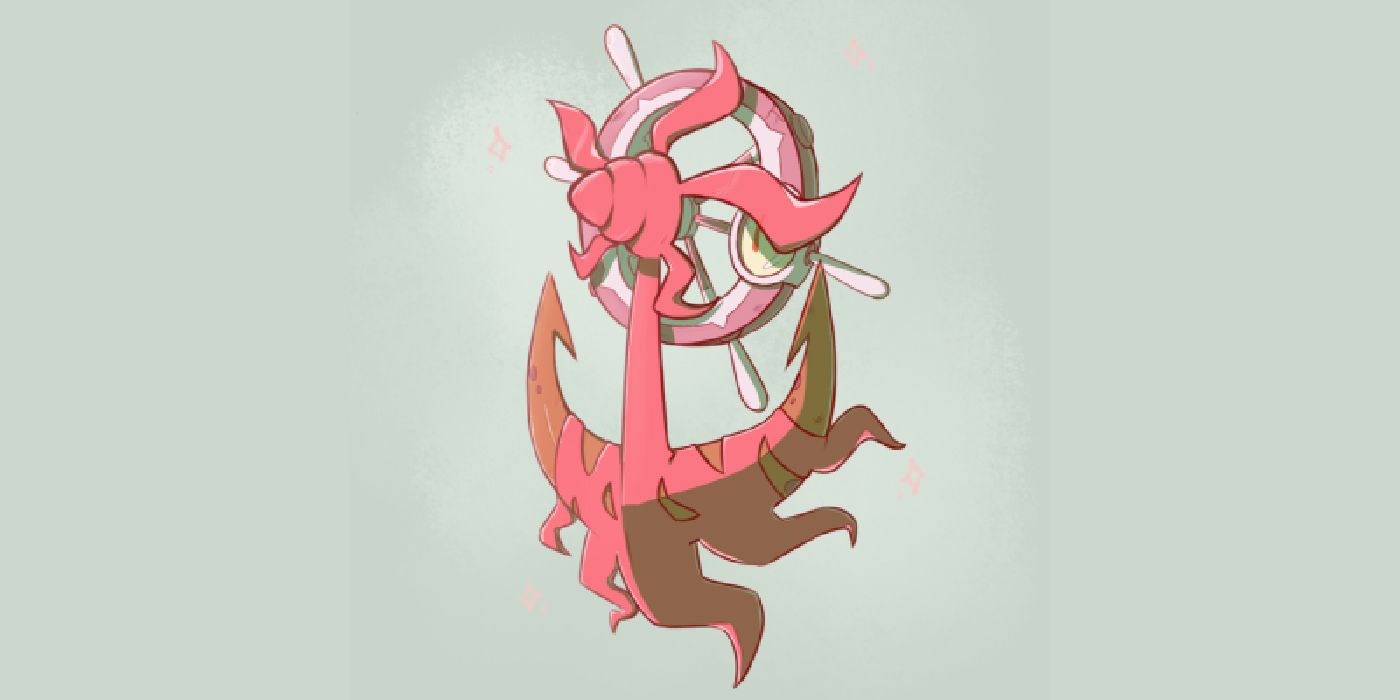 At first glance, people are confused as to why an anchor and ship-wheel combine to create a ghost-type pokémon that’s half grass-type. It turns out that the seaweed sections are the creature’s body.

Since its shiny form encompasses the entire body in a bright red color one would assume it losses it’s logical coloring. Well, it turns out that red seaweed is real and is a lot more prevalent than one would assume considering most people think that all seaweed is a certain variant of green. What a smart design choice. 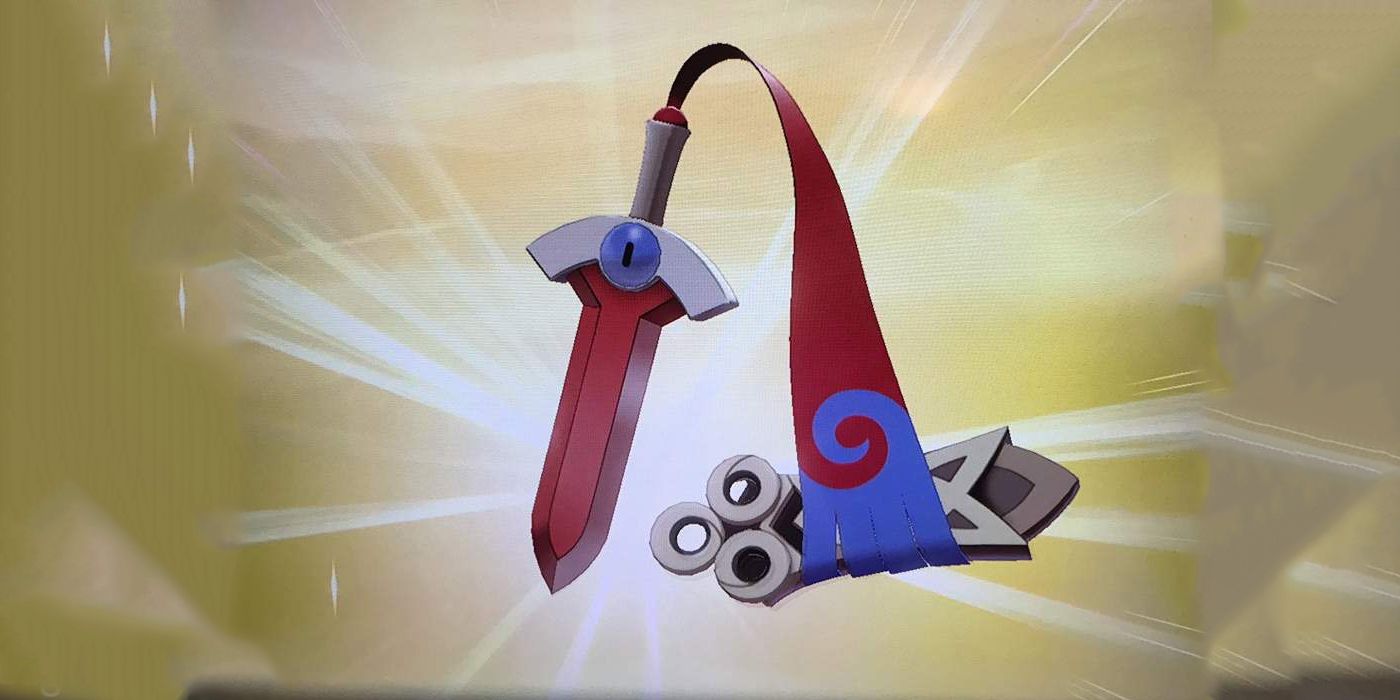 This entry may be solely for Honedge, but a case can also be made for its evolution Doublade. Both of these sword-shaped creatures sport crimson red blades in their shiny forms which make them feel a lot more dubious and evil than what they normally look like.

This evolutionary line gets joked about as the beacon of the franchise running out of ideas, but unlike other living objects, at least they’re ghost-type. The final evolution Aegislash’s shiny form is only tipped in red coloring which makes it look like it just ended the life of an enemy. 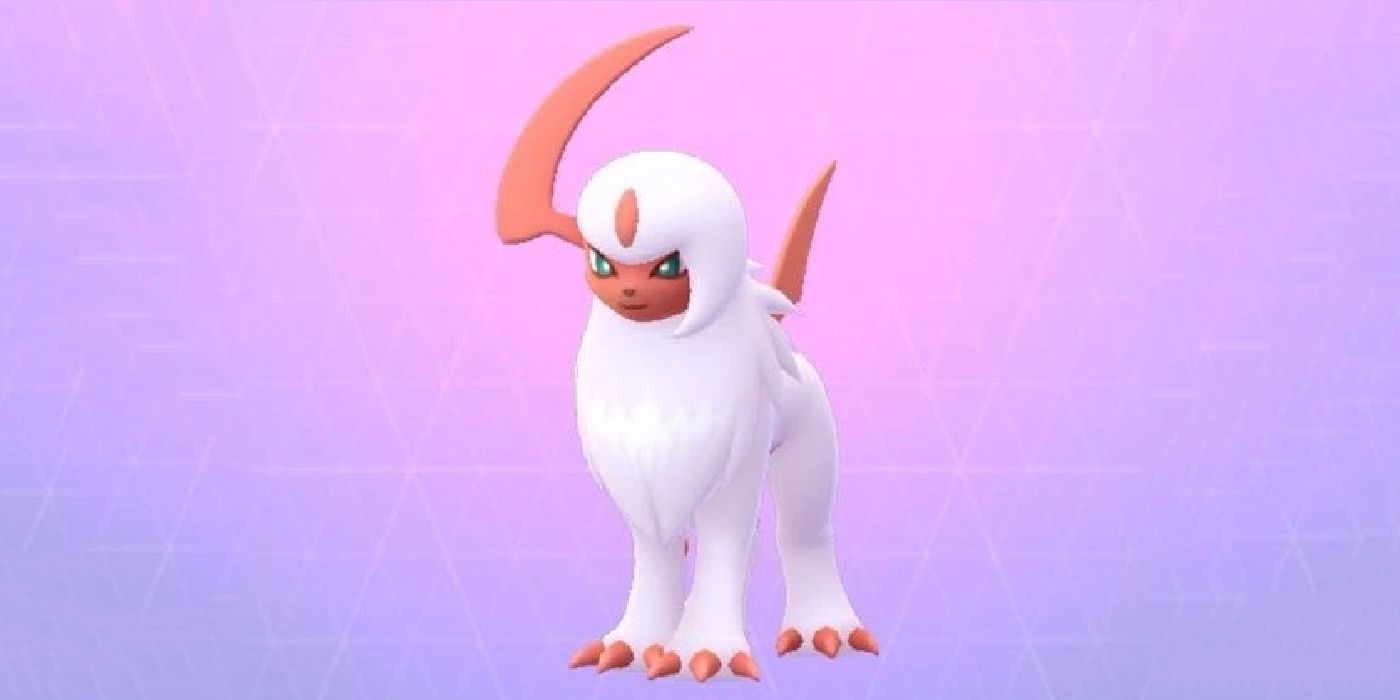 This may be a bit of a cheat as the majority of Absol remains the same color in its shiny form as the white fur covering its body goes unchanged. Its actual skin though becomes a bright red and makes the pokémon more distinguishable among its peers.

Considering it’s known to bring disaster in some way in the wake of its appearance, maybe having it be a brighter color would be most helpful to everyone else. Thankfully it was discovered it can sense disasters, not create them, which has helped it become a more welcome creature. 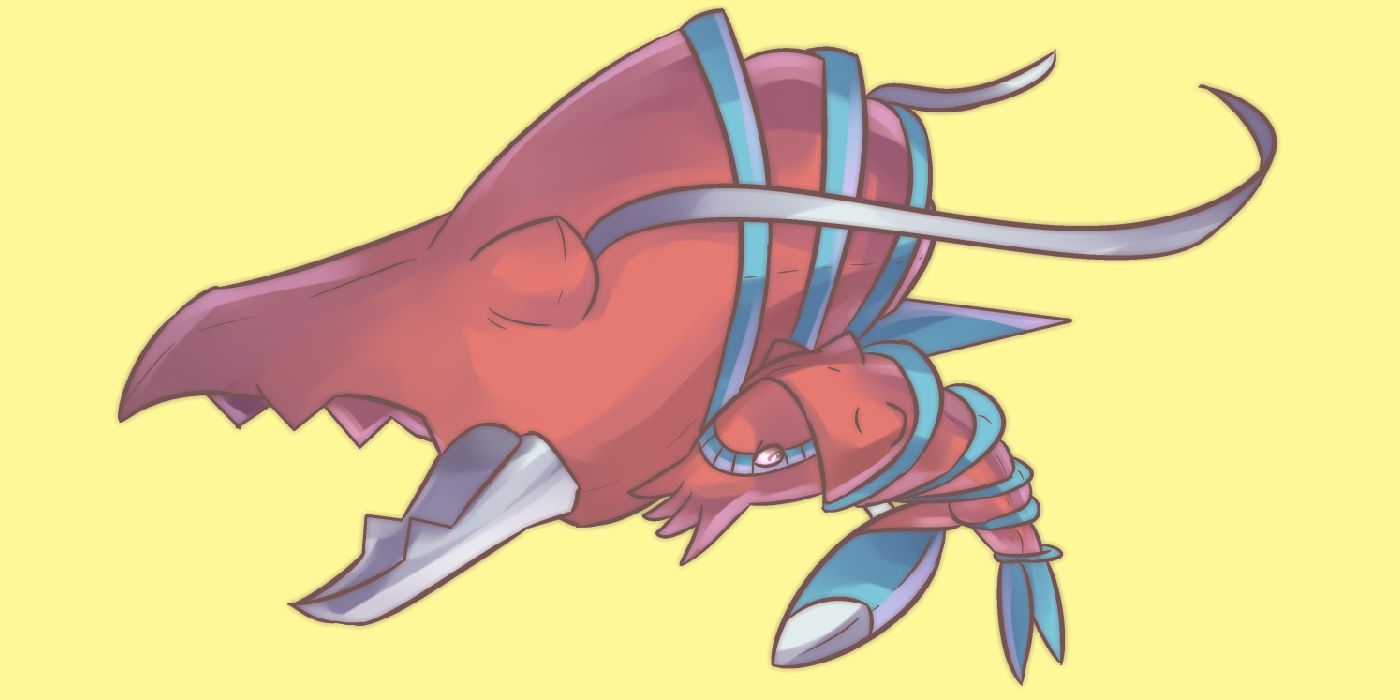 Clawitzer having a shiny form that’s bright red and conveys that it’s a lobster in a way its normal form doesn’t is great. The emphasis of the design has always been on its massive claw that acts as a decoy for possible predators.

As the red coloring envelopes most of the body its met with these bright blue lines that make it pop. Clawitzer is the type of pokémon who was fortunate enough to have a neat color scheme out of the gate, but thankfully they made the right decision when designing its shiny form. 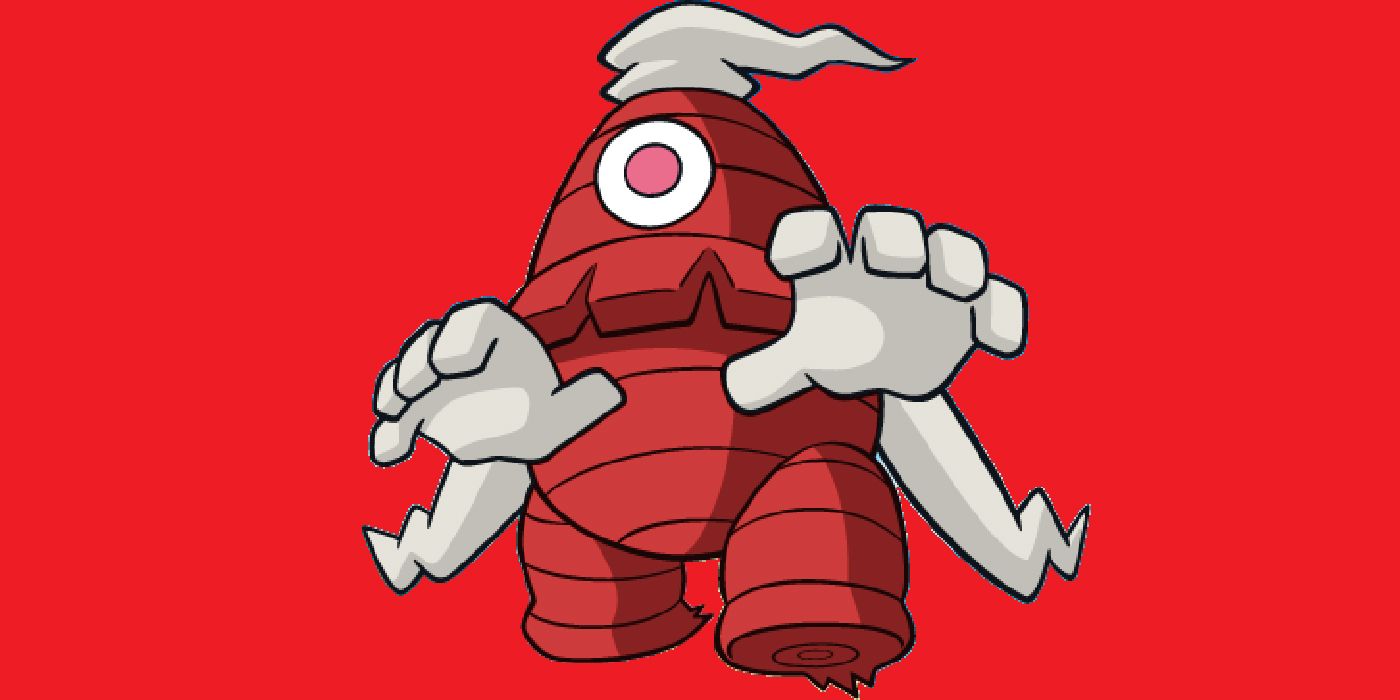 Dusclops is an often forgotten about creature mostly due to it being sandwiched between a really neat final evolution in Dusknoir and an adorable little skull critter in Duskull. Instead of it getting lost in a passing glance as a mashup of grays and blacks, the shiny form takes on a life of its own with the bright red coloring.

It’s a shame the parts that aren’t red were left a beige color, as a charcoal gray or black would have made the design pop even more. There’s nothing more frightening in this world than a blood-red ghost pokémon. 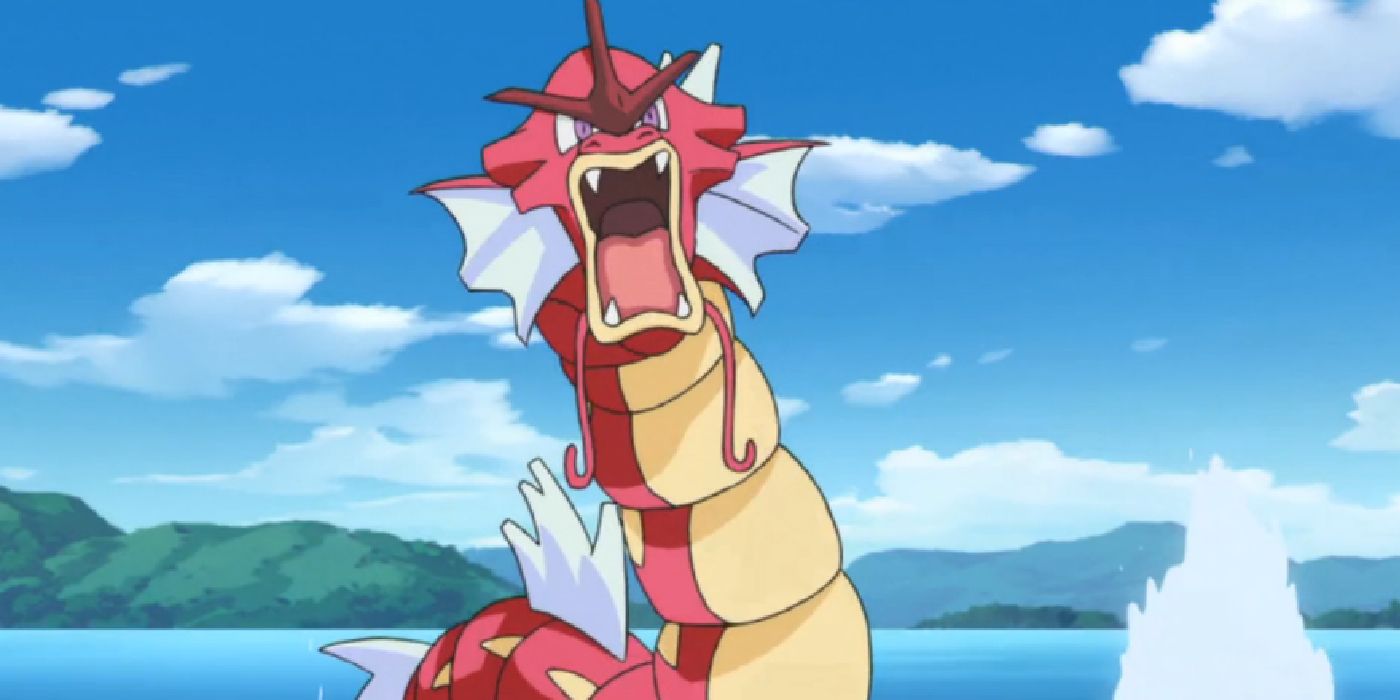 Most Pokémon fans who are familiar with the Kanto region and the 151 original pokémon know about Gyarados. This colossal water titan strikes fear due to its aggressive facial expressions and enormous physical size. In the second generation of games not only were shiny forms introduced, but players had a chance to catch a shiny Gyarados thanks to a story-scripted event in the game.

As if it needed any more help looking super cool, the red coloring of its shiny form brought out even more of its naturally aggressive and intimidating personality.