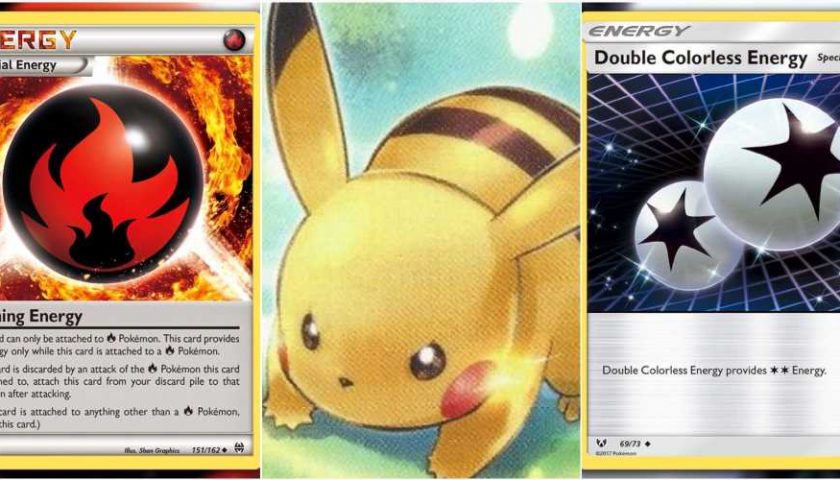 Pokemon is the biggest media franchise in the world, and an important part of that is the Trading Card Game. While it has always been popular, it has seen peaks so high that stores have had to temporarily ban sales so that people wouldn't get into fights over the right to buy them.

While the more flashy cards depict one of the hundreds of Pokemon, energy cards are important too. Basic Energy cards are core when building a deck, but a player can only include four Special Energy cards. Because of this, its important for a player to know exactly which cards to choose. 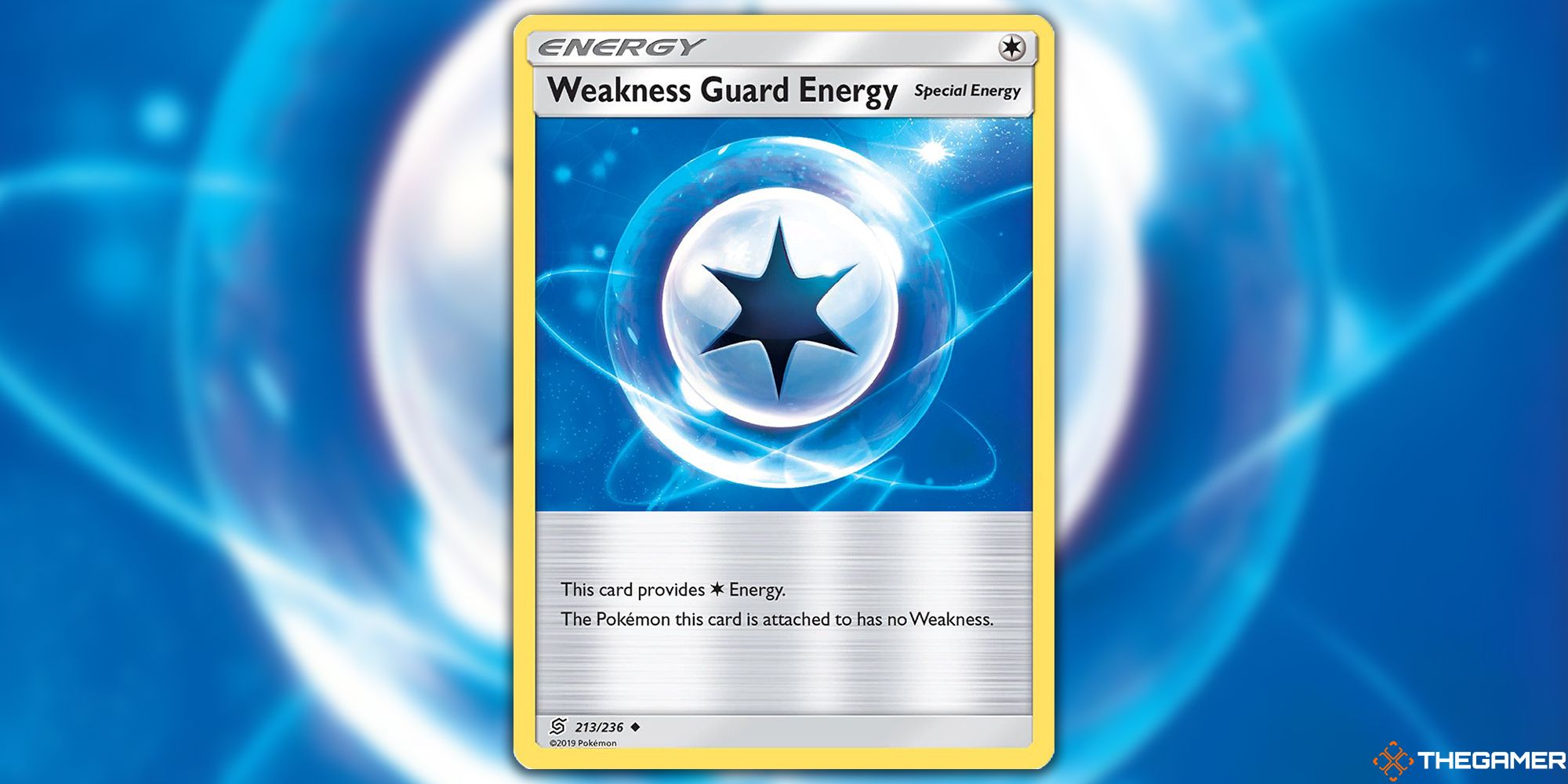 Within both the main Pokemon games and the card game, much of the strategy comes from knowing what type has an advantage over another. A Water-type Pokemon may cause massive damage to a Fire-type, but a Grass-type can destroy them in one or two moves. However, the Weakness Guard Energy card allows the user to remove any weakness their Pokemon might have.

Released in English on August 2, 2019, this was part of the Sun and Moon-related Unified Minds expansion. In addition to its normal grey appearance, a rarer golden version was also released. 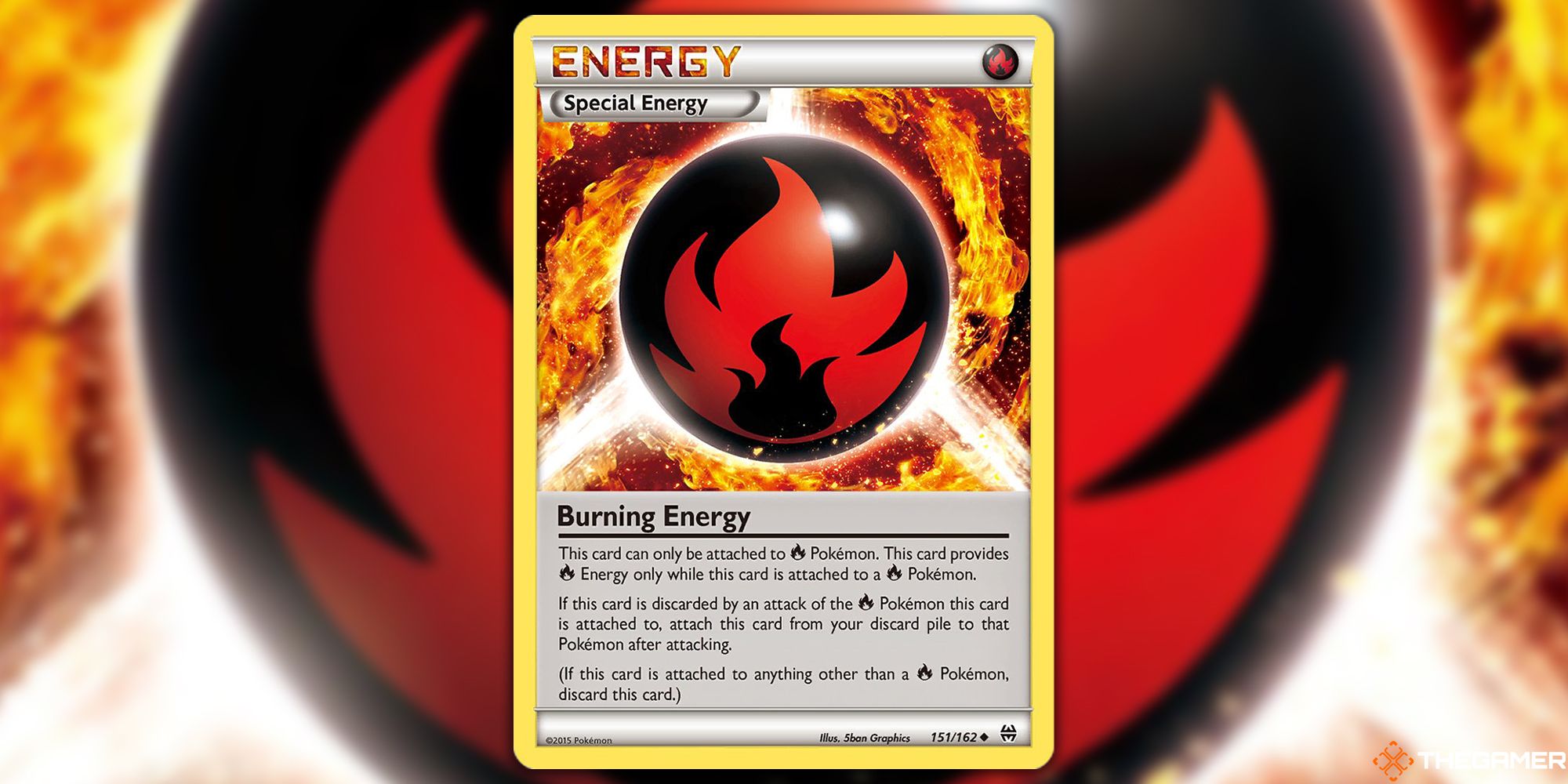 Similar to how a basic energy card might work, this gives your Pokemon one Fire-type Energy. What makes this card special, however, is that this card can return to your hand instead of being discarded if its holder uses an attack that might otherwise get rid of it. One sizeable drawback to this card is that it can only be used with a Fire-Type Pokemon.

When Pokemon X and Y launched, Burning Energy was part of the BREAKThrough expansion which came out in English on November 4, 2015. 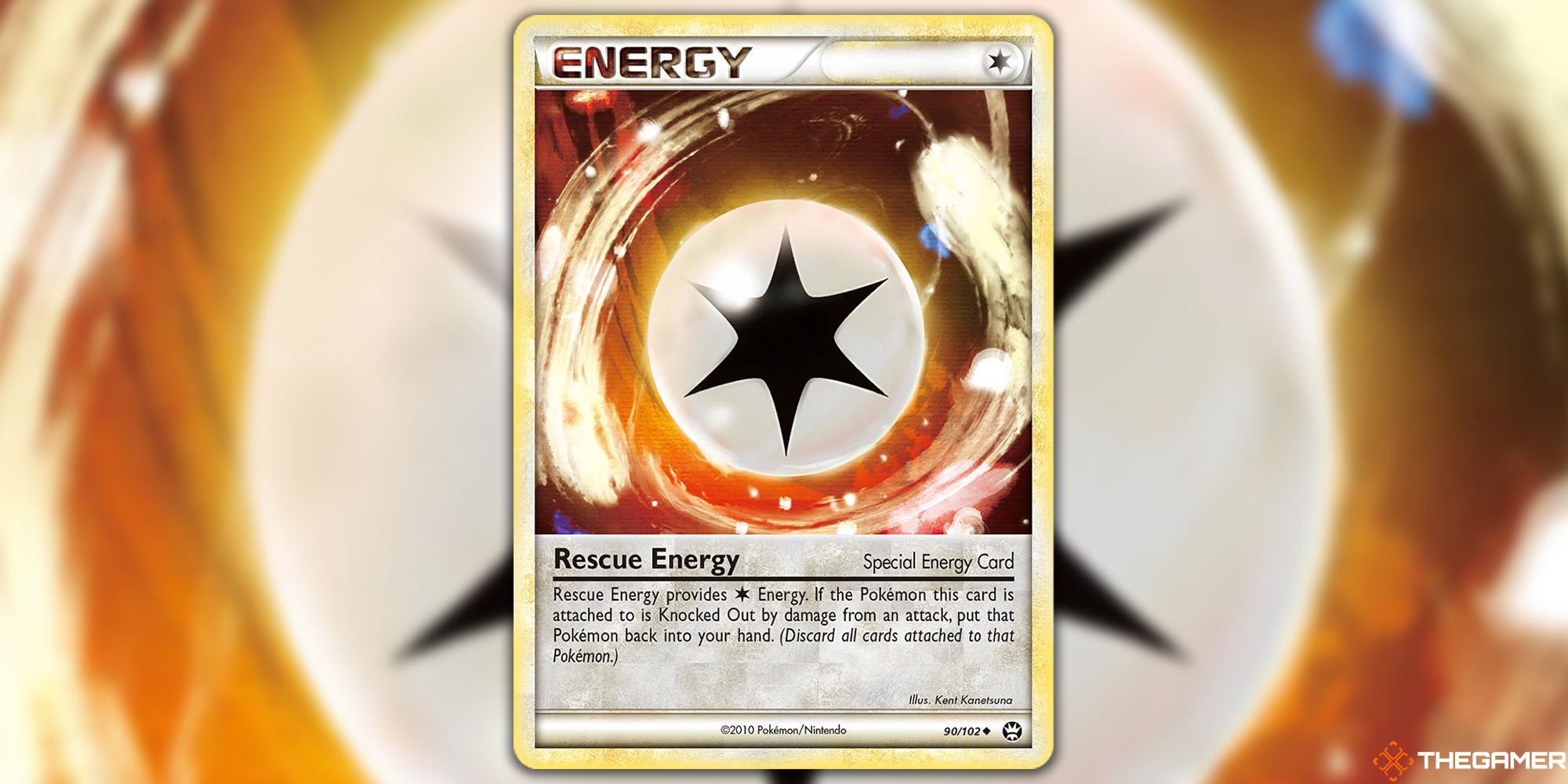 Rescue Energy is an incredibly helpful card to include in your deck. It functions similarly to how a Full Revive works in the games, where it can bring back a fallen Pokemon and clear it of any status effects. In this case, discard cards attached to the Pokemon.

This card was first introduced in the wave that accompanied Pokemon HeartGold and SoulSilver. Specifically, it was included in the Triumphant expansion (Clash at the Summit in Japan) that was released in English on November 3, 2010. 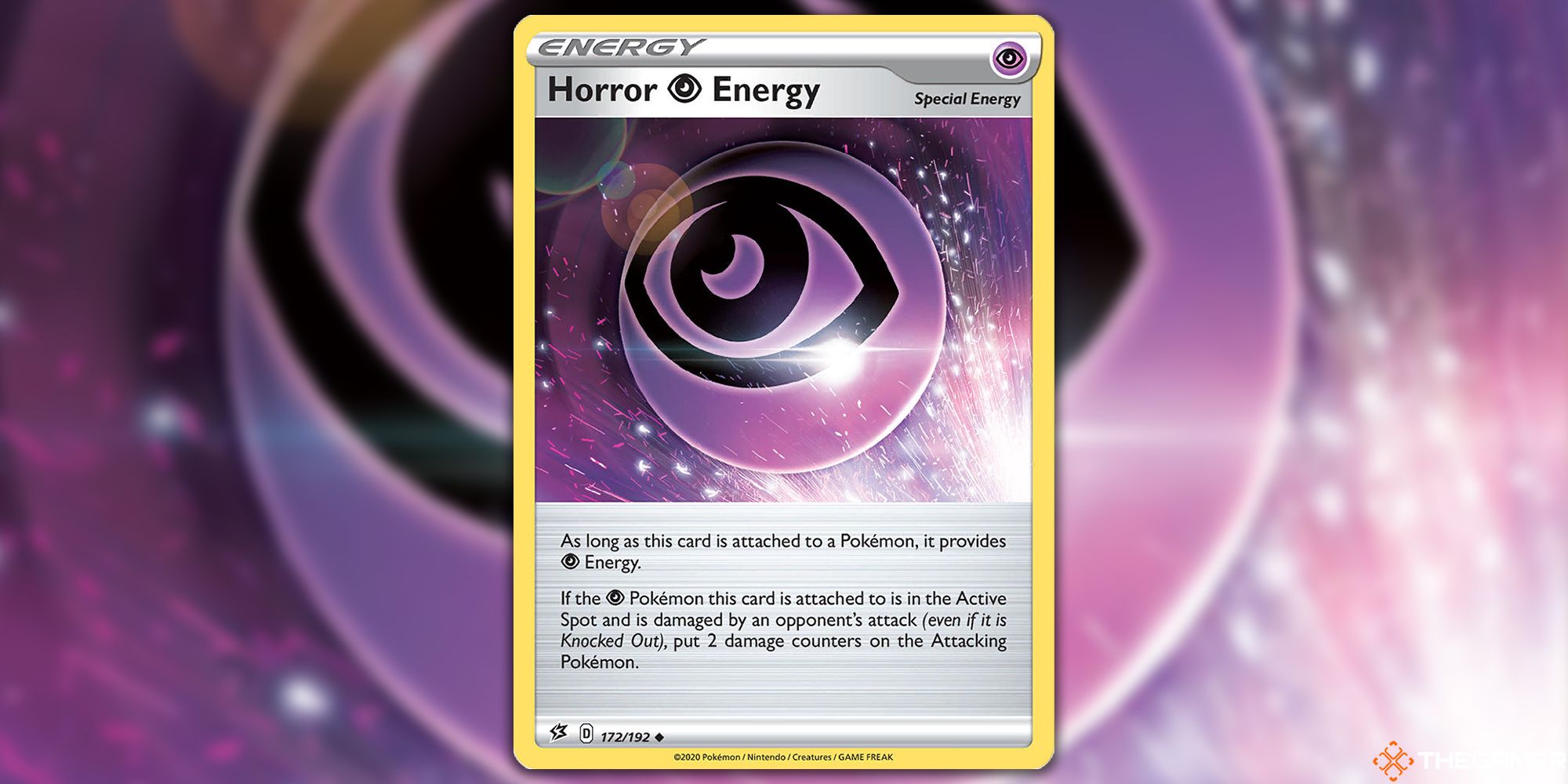 Horror Energy functions mostly the same way as some moves in the video games. Attaching this card to a Psychic-type Pokemon makes it so that whenever an enemy strikes them, they receive two damage counters as well. This can continue to impact enemy Pokemon even when its user has been knocked out by an attack. It also gives one Psychic Energy.

Horror Energy was included in the Rebel Clash expansion for Pokemon Sword and Shield, released in English on May 1, 2020. 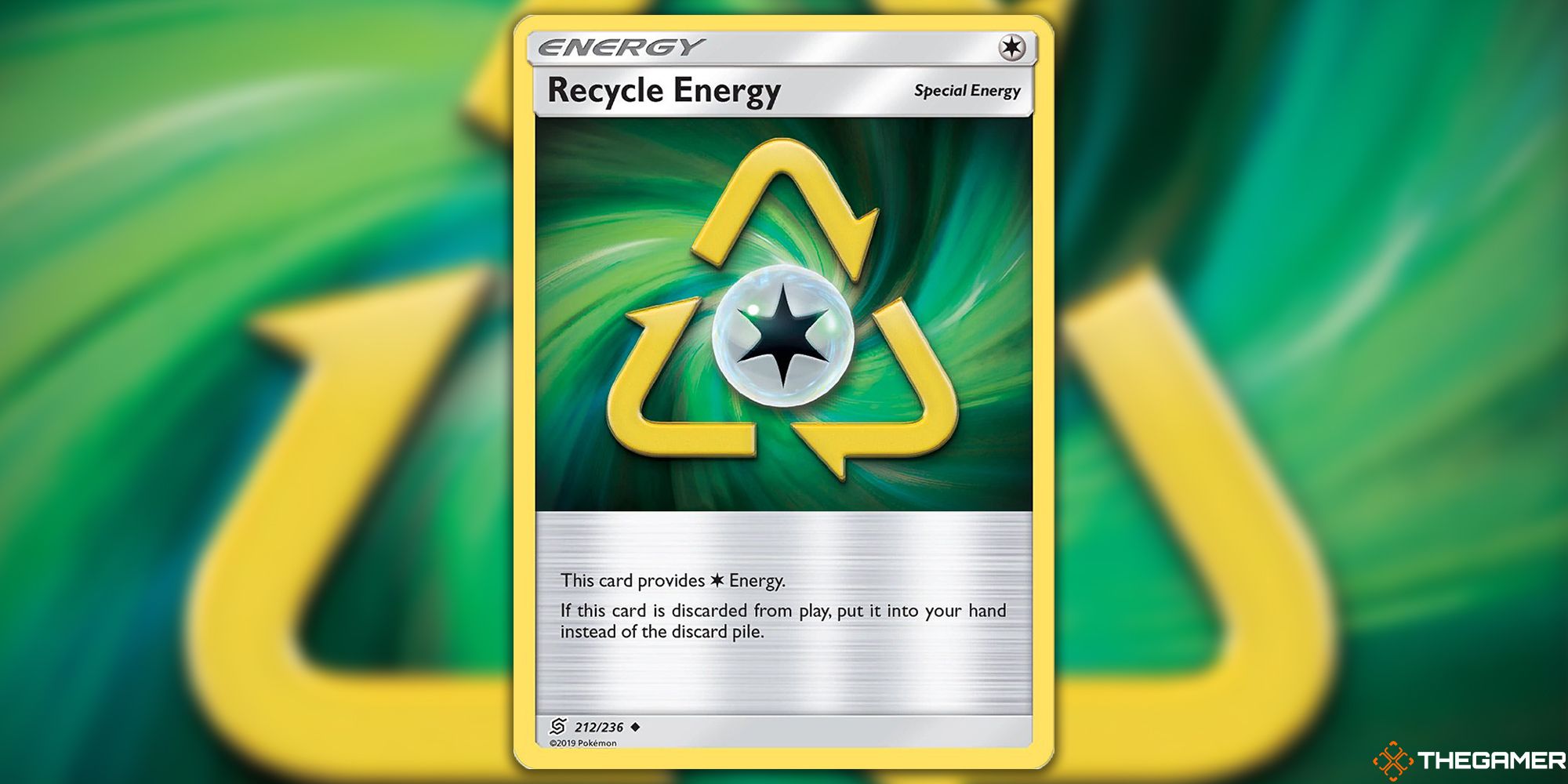 Recycling is important in real life, but it can also be helpful in the Pokemon Trading Card Game as well. The Recycle Energy card gives any Pokemon one Colorless Energy. However, if it is discarded through a move, the player doesn’t have to immediately get rid of it. Instead they can simply put it back into their hand.

One of the older cards on this list, Recycle Energy was released in English more than two decades ago, on December 16, 2000. It was part of the Neo Genesis expansion that came out alongside Pokemon Gold and Silver. 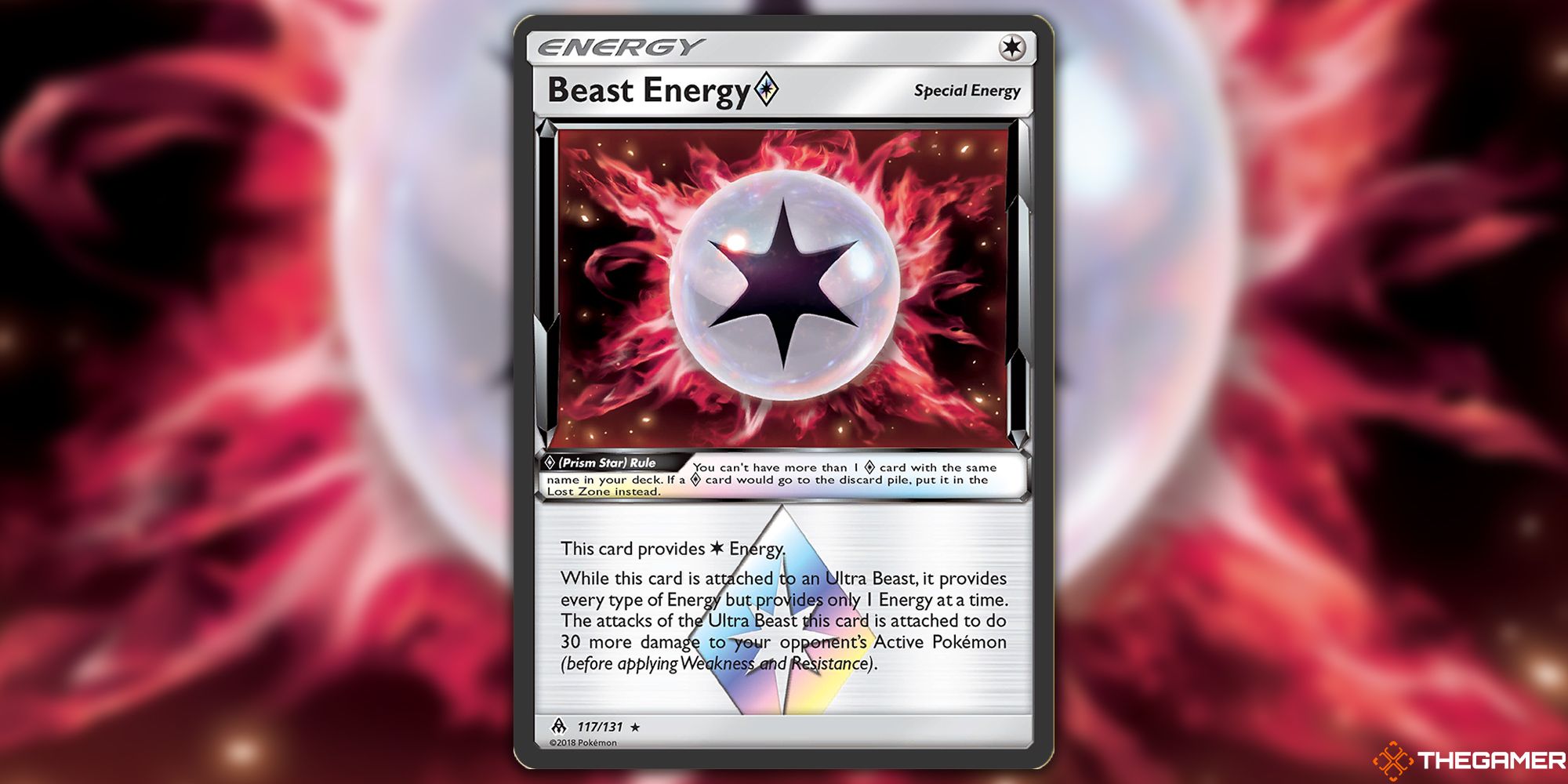 Beast Energy cards have limited use, only using up their total impact when paired with an Ultra Beast Pokemon. However, when used properly it can give a player a huge advantage. While they can provide any Pokemon with one Colorless Energy, with an Ultra Beast they get any type of energy and their attacks will deal 30 additional points of damage.

However, only one of these can be in a deck, and it can only be used once in a battle.

This card was introduced in English on May 4, 2018, as part of the Pokemon X and Y Forbidden Light expansion. 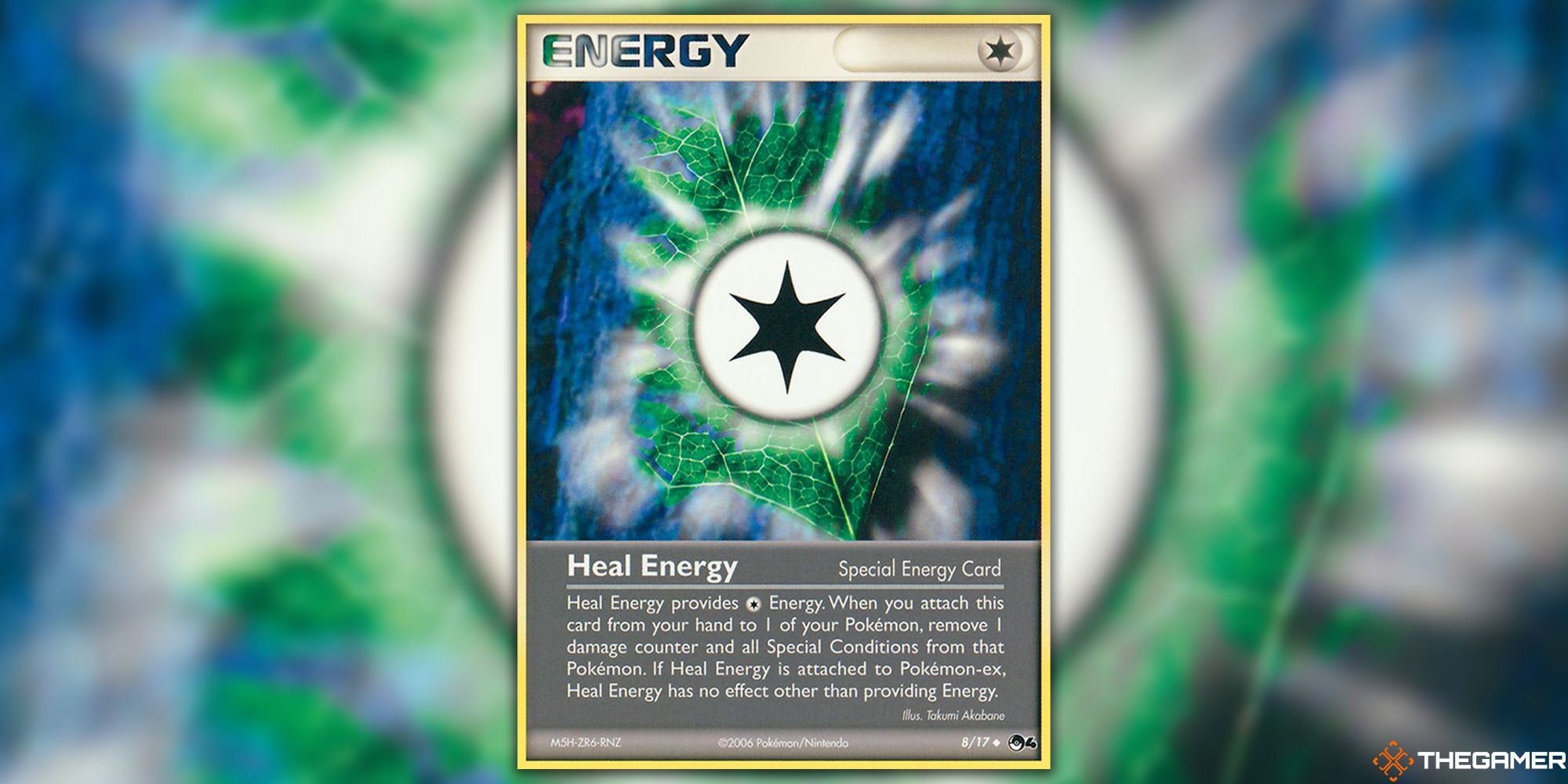 As with any game that involves battling, healing is always one of the most important things to prioritize. So its no surprise that Heal Energy is one of the best Special Energy cards a player can utilize. This card allows the player to get rid of one damage counter, all Special Conditions hurting it, and also gives a Colorless Energy.

The Heal Energy card was part of the EX Deoxys expansion. Centered around Pokemon Ruby and Sapphire, this set was released in English on February 14, 2005. 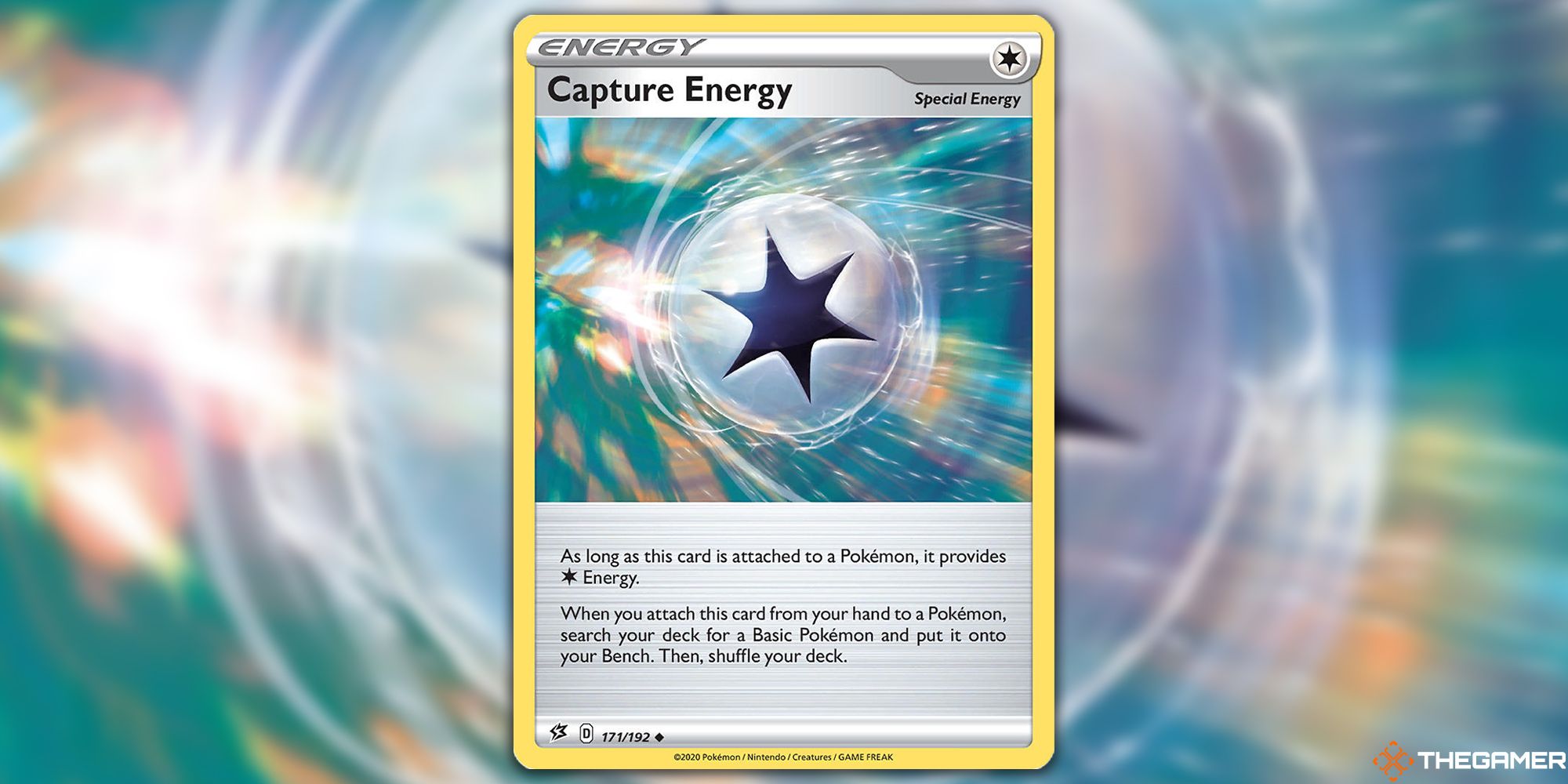 Having Pokemon in play is, obviously, one of the most important parts of a Pokemon battle. The Capture Energy card helps players accomplish this in the Pokemon Trading Card Game. When used, it grants one Colorless Energy and gives the player the ability to look through their deck for one Basic Pokemon to add to their hand.

Similar to the Horror Energy card, Capture Energy was released in the Rebel Clash expansion in English on May 1, 2020. 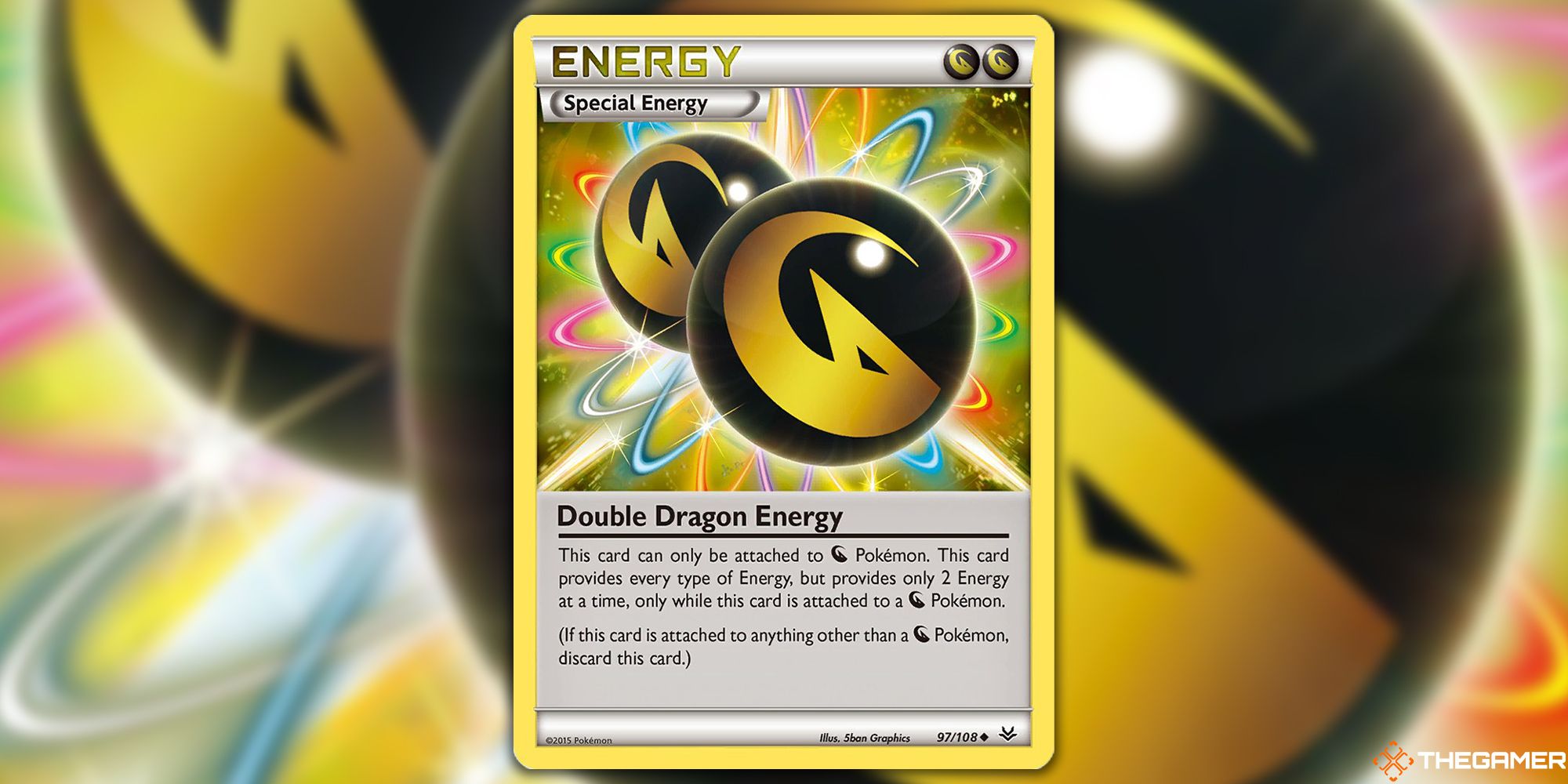 The Pokemon Trading Card Game has made multiple changes to the series. One of these is that Dragon-type Pokemon take more energy to attack, in order to balance out their superior strength in comparison to most Pokemon. Luckily, this card gives them just that. While this card cannot be used by anything other than a Dragon-type Pokemon, it can still provide a huge advantage to any trainer that makes use of them.

Double Dragon Energy was released in English on May 6, 2015, as part of the Roaring Skies expansion. That release was tied to Pokemon X and Y. 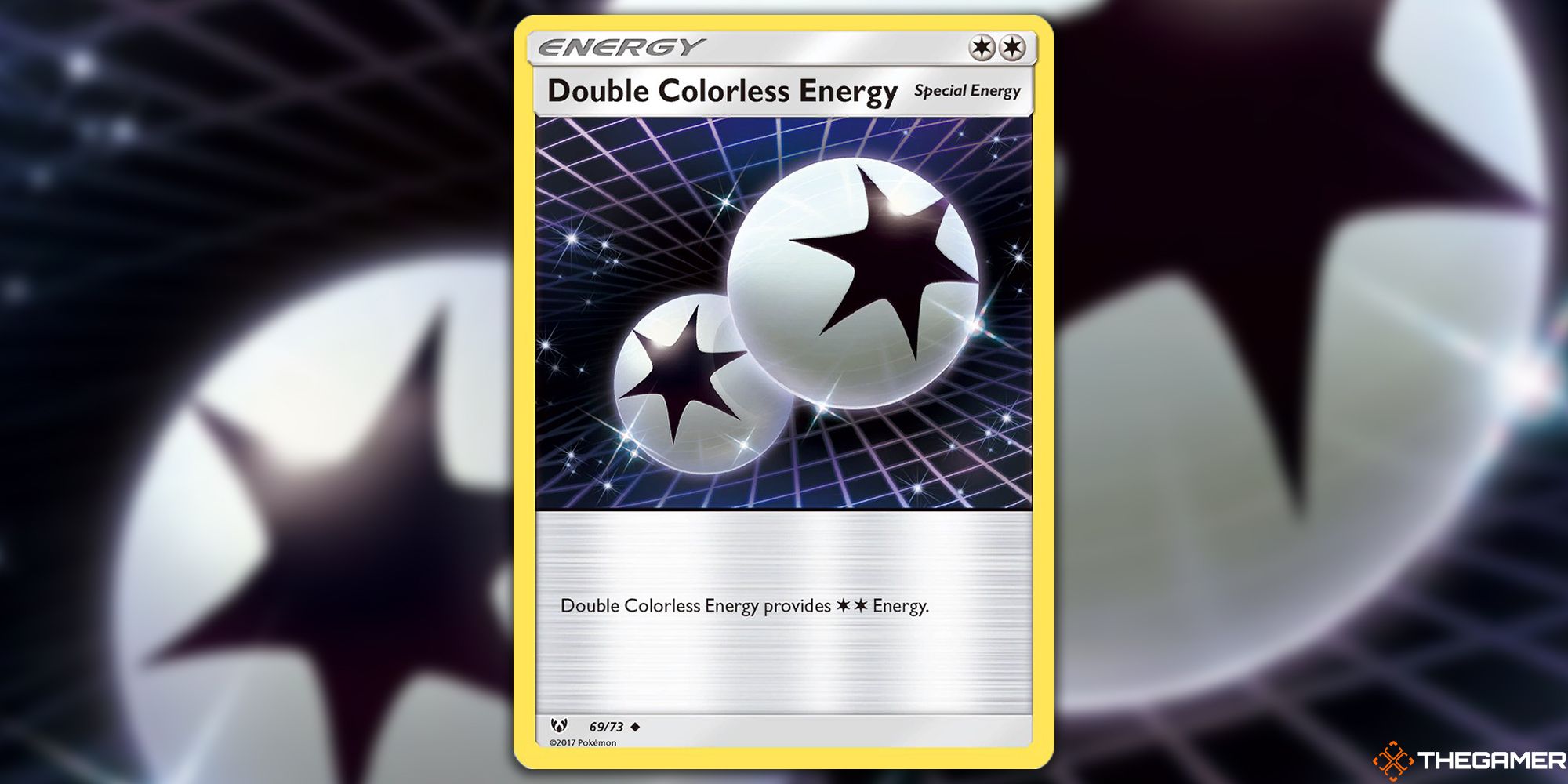 This card is one of the most powerful in the entire series. While most cards come with weaknesses or limitations, this one can be used with nothing held back. It provides Pokemon with two Colorless Energies, potentially giving a trainer a colossal advantage in battle.

While it was originally released in 1999 (and 1996 in Japan) as part of the original Base Set of the game, it has been reprinted multiple times. Some of its reintroductions include the Fates Collide, Next Destinies, and Guardians Rising expansions.