The Pokemon Trading Card Game goes through tons of metagame shifts with each set, especially when rotation hits as old sets become illegal in the Standard format. One of the current winners of the Standard metagame are Fire-Type decks. 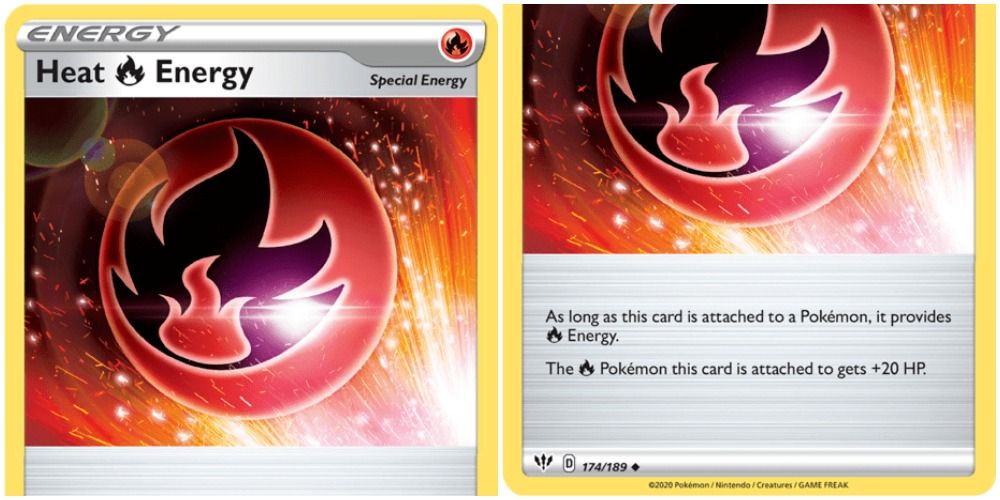 A viable Special Energy is something that is often hard to come by. Luckily, Fire-Types have just that with Heat Fire Energy. When attaches to a Pokemon, it gives a Fire Energy as well as 20 more HP.

While this may seem minimal, in Pokemon, all HP counts. Galarian Zigzagoon is played in practically every single deck (a card that only puts 1 Damage Counter on a Pokemon)  for how important HP control is and getting opposing Pokemon in range of knock out. This is what makes Heat Fire Energy so good, as it’ll help you keep important Pokemon in play longer. 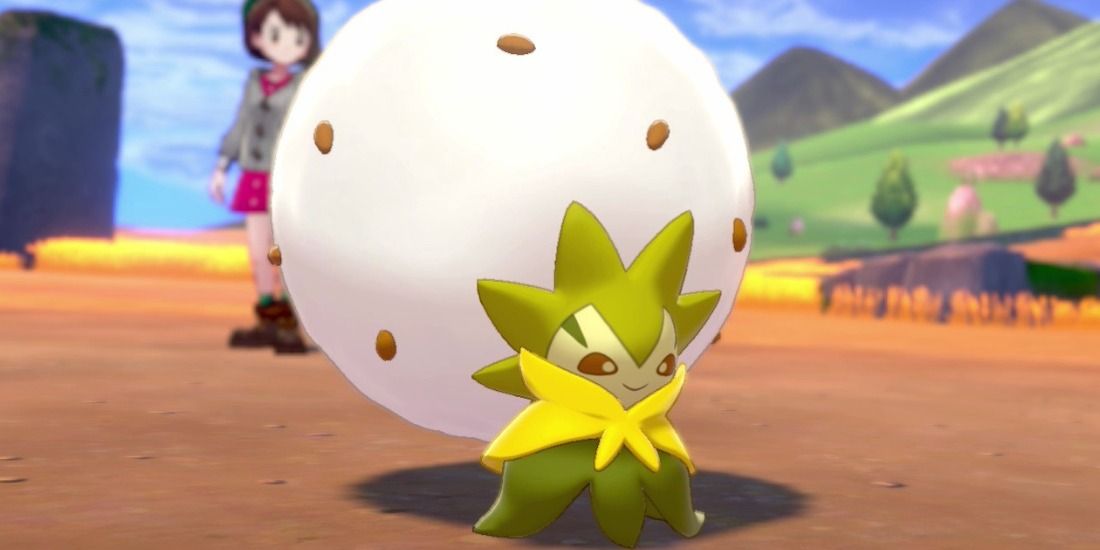 It may seem weird at first glance to put a Grass Pokemon into a Fire-based deck, however, it’s ability is what makes it incredible. The Centiskorch VMAX deck plays tons of fantastic Supporter cards, something that Eldegoss V recycles.

Eldegoss V can recycle itself as well with its attack, which will shuffle itself and anything attached to it back into the deck. With how easy it is to draw cards and search for specific ones in Pokemon, this makes Eldegoss V very easy to use repeatedly. This in turn allows for the Supporter cards to be used plenty of times as well. 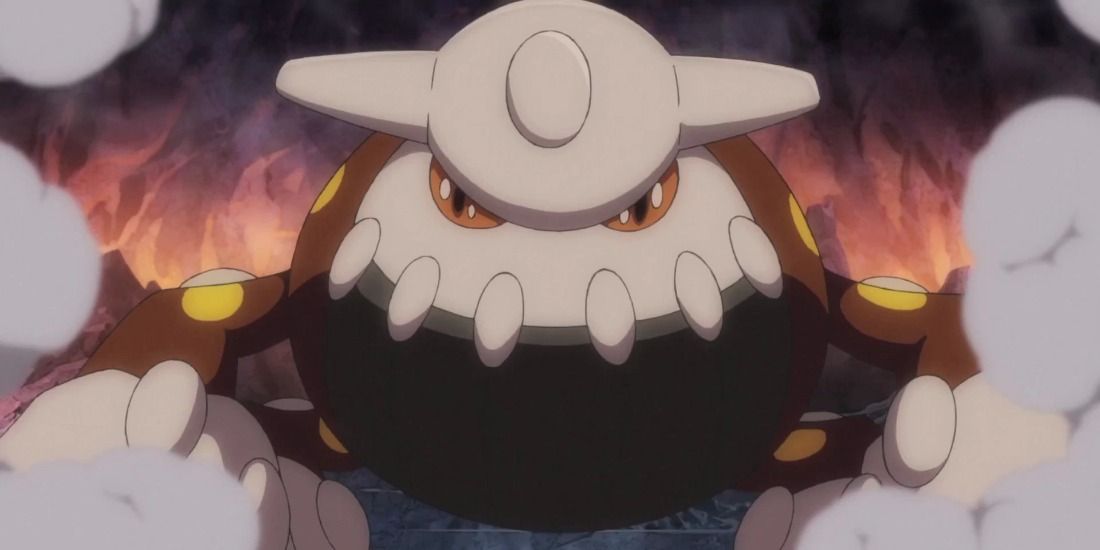 Heatran-GX is a fantastic support Pokemon to swap into thanks to its ability. Burning Road lets you keep Energy off of Heatran-GX so if it gets knocked out while on the Bench you don’t lose any.

Its GX attack, Hot Burn also benefits from having a lot of Fire Energy that’s attached to it. This makes it so Heatran-GX can act as an explosive finisher that the opponent will constantly have to be wary of. With how easily Fire decks can get Energy as well as recycle it, Heatran-GX fits into the Centiskorch VMAX deck perfectly and is a must-have for any build. 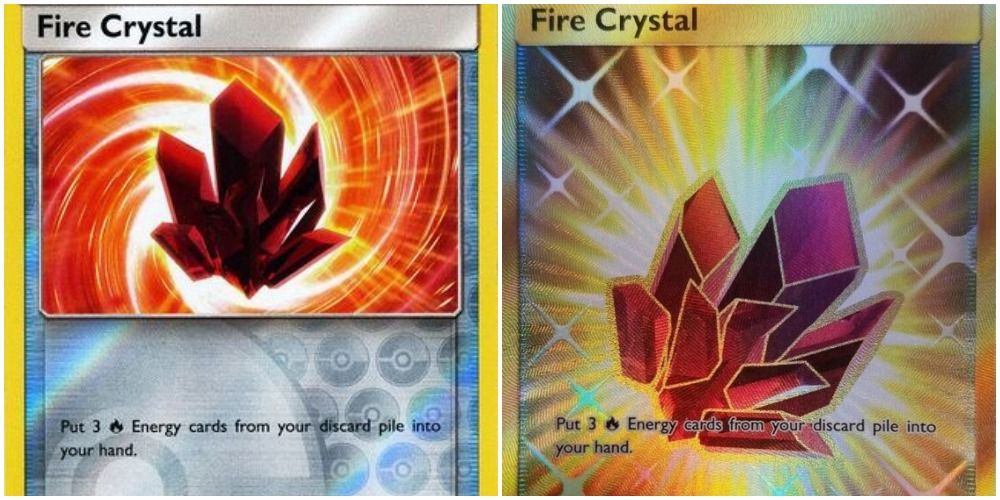 The main gimmick of Fire-Type decks are that they do tons of damage but with the trade-off of requiring Energy to be discarded after move usage. Luckily, Fire Crystal is a great recovery tool for all Fire decks, as such, benefits the Centiskorch VMAX deck greatly.

Being able to put 3 Energy cards from the discard pile into the hand is fantastic, especially since there’s always going to be a lot there. Energy maintenance is incredibly important in Pokemon, which is why Fire Crystal is such a good card as it mediates Fire decks’ biggest weakness. 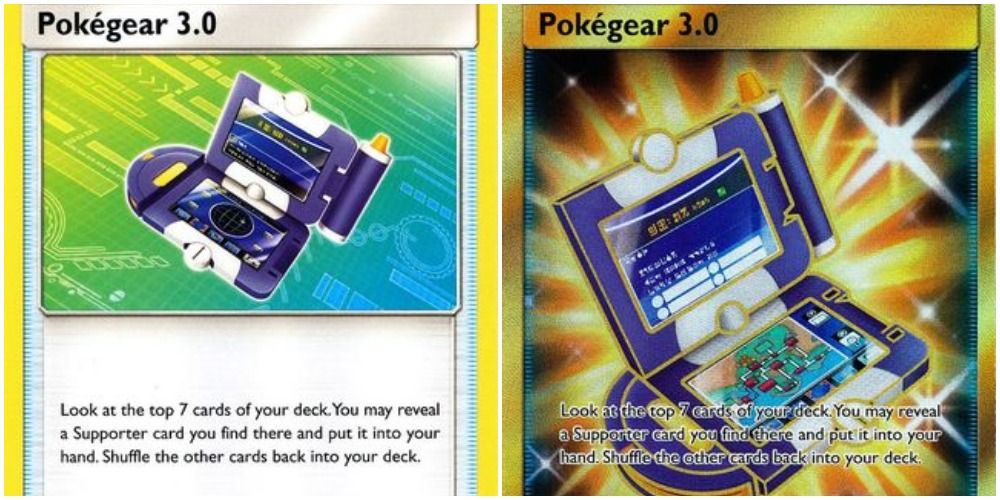 Since Supporter cards for Fire decks are so good, just about every legal card that searches them out should be run. Pokegear 3.0 fits this bill perfectly. It allows you to look at the top 7 cards of the deck and put any Supporter card there into your hand.

While it is unfortunate that it’s random if Pokegear 3.0 works, the effect is too good to not take that risk. There are a lot of coin flip/random effects in Pokemon, and if it resolves in your favor it can be enough to win the entire game. 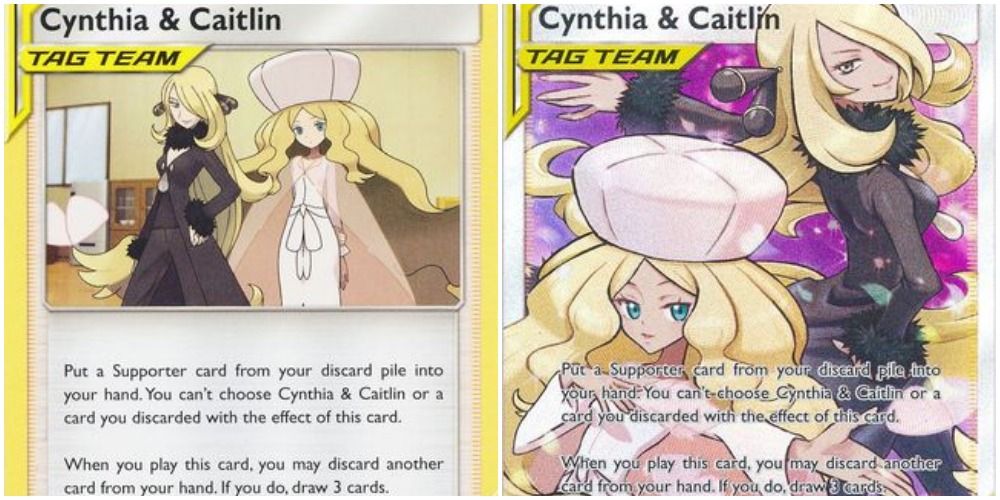 Cynthia & Caitlin is one of the best Tag Team cards in the game. It allows you to put any Supporter card in the discard pile back into the hand (excepting for itself and a card discarded with its second effect). If you discard a card while playing it, you can draw 3 cards as well.

Cynthia & Caitlin is good because it recycles Supporter cards (generally the best kinds of cards in the game), and its discard effect lets you still go plus 2 in card advantage (and go even if you don’t use it). 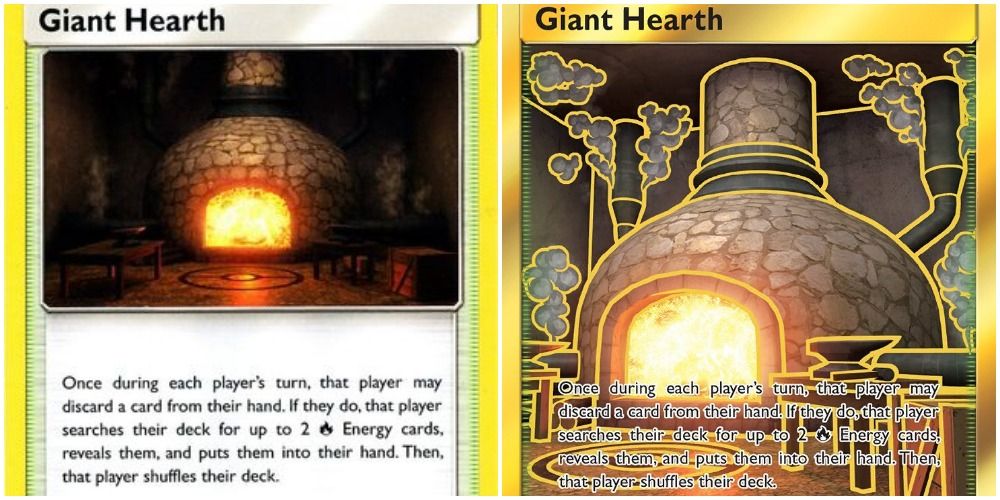 Stadium cards vary greatly in power and help both you and the opponent. Giant Hearth allows either player to discard a card from their hand and search their decks for up to two Fire Energy cards and add them to the hand.

Any card can be discarded as well, so if you have Energy recovery you can discard a Fire Energy, add two then recycle the discarded card. Giant Hearth can make for devasting combos in many Fire decks, and Centiskorch VMAX decks are no exception. Giant Hearth is perfect for keeping up with Energy ramping. 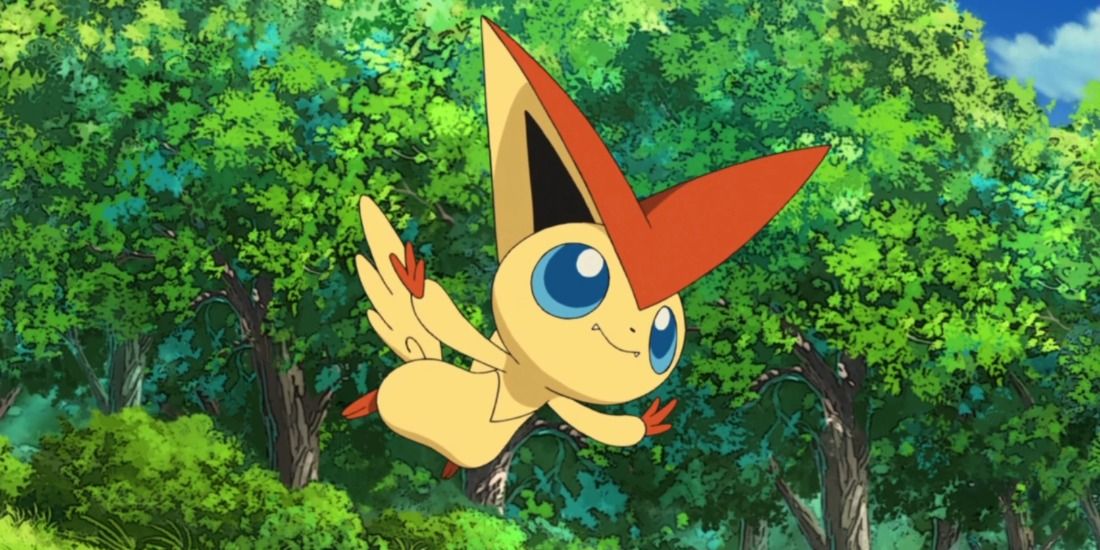 Victini V is a solid choice of card to use for Energy recovery and dealing explosive damage. Spreading Flames can attach up to 3 Fire Energy from the discard pile to any Pokemon, allowing for it to set-up for other Pokemon rather than being an aggressor.

Although, Victini V can also deal out incredible amounts of damage with Energy Burst, which does 30 damage for each Energy card attached to both Active Pokemon. It requires two to use, so at minimum, it will do 60, and it’s not hard for it to do enough to complete knock out the opposing Pokemon. 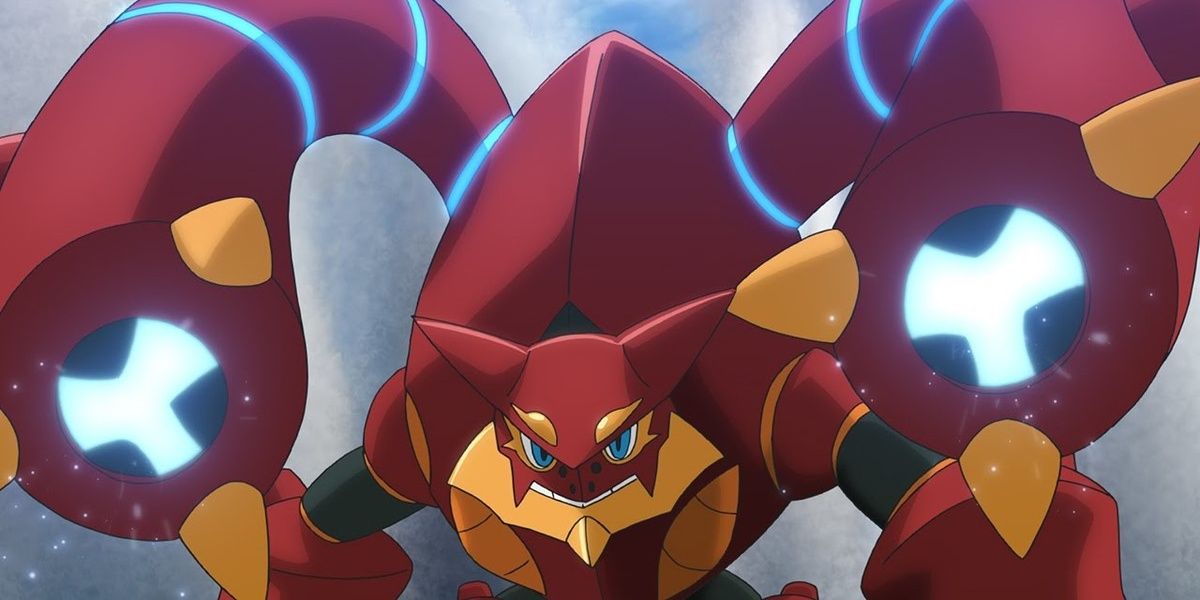 Volcanion is one of the best cards you can see in your opening hand when you go second. Its move Flare Starter allows you to get a massive advantage in Energy since if used going second on the first turn, it can attach 3 Energy cards from the deck to any Pokemon in any way.

This means that 1 Energy turns into 4 on the field, which can jumpstart your strategy since many powerful Fire Pokemon have high energy costs, including Centiskorch VMAX itself. Volcanion’s second move isn’t half bad easy, as if Flare Starter is used to the best of its ability, it will do a powerful 110 damage. 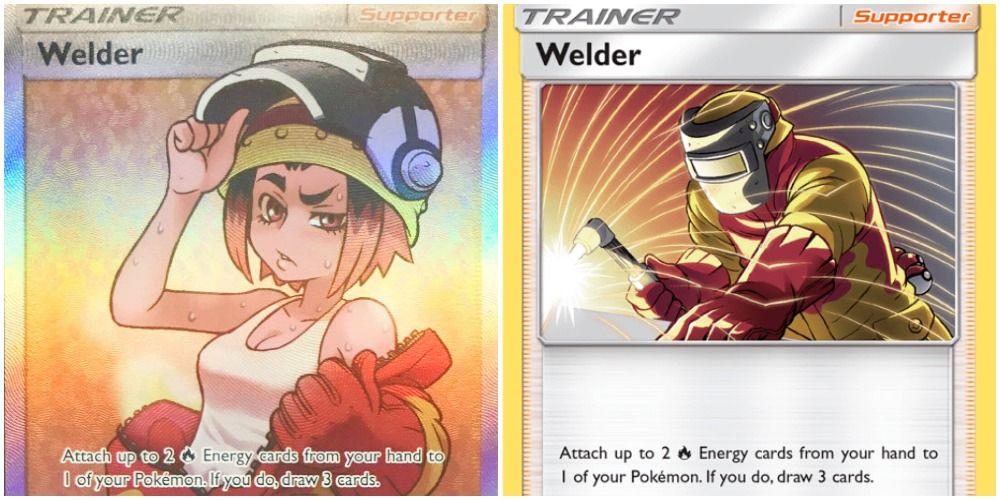 Welder is what makes Centiskorch VMAX a top-tier strategy, as it’s one of the best Supporter cards ever printed. It allows you to attach up to 2 Energy cards from your hand to a Pokemon, and draw 3 cards.

Not only do you get 2 Energy cards onto the field quickly, you still have your regular Energy card you can play each turn. Not only that, you break even in card advantage, as Welder replaces the cards that leave your hand when you use it. It’s insane that Welder was ever got released, and it’s a must-have for every deck that plays any Fire Pokemon.

NEXT: Pokémon TCG: Every Energy Type In The Game, Ranked From Worst To Best 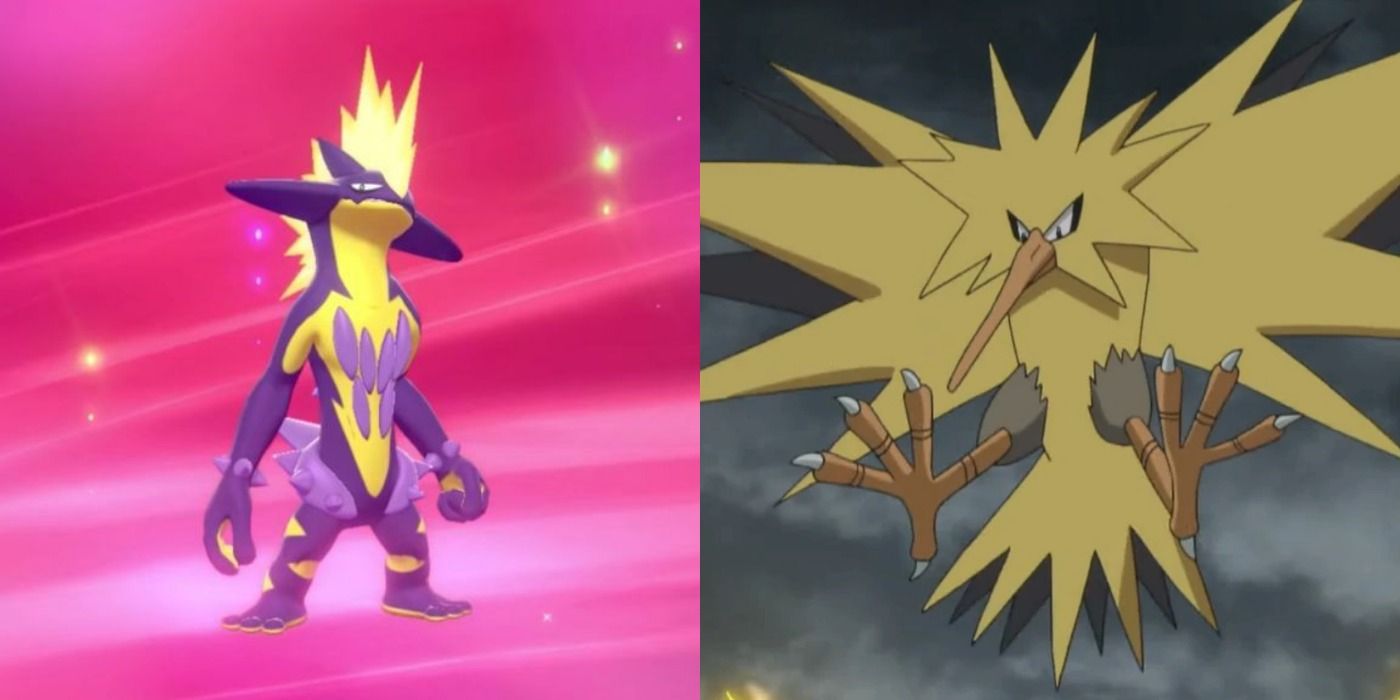 Johnny Garcia is a long time gamer and writer based in sunny California. Having worked many odd jobs, including article writing, he is now a list writer for TheGamer.com. Having grown up around video games and being raised on them, his knowledge of video games is as high as it can be. Aside from video games, he also has an avid interest in trading card games, namely Yu-Gi-Oh and Magic the Gathering.