The third legendary of Pokémon Sword & Shield, Eternatus, is one of the more interesting Pokémon that we’ve seen in some time. It turns out to be the creature that you be catching as a part of the story, as opposed to the respective box legendaries of Sword & Shield. You’ll catch the fighty dogs later, in the postgame.

Spoilers for Pokémon Sword & Shield ahead.

Where To Find Eternatus 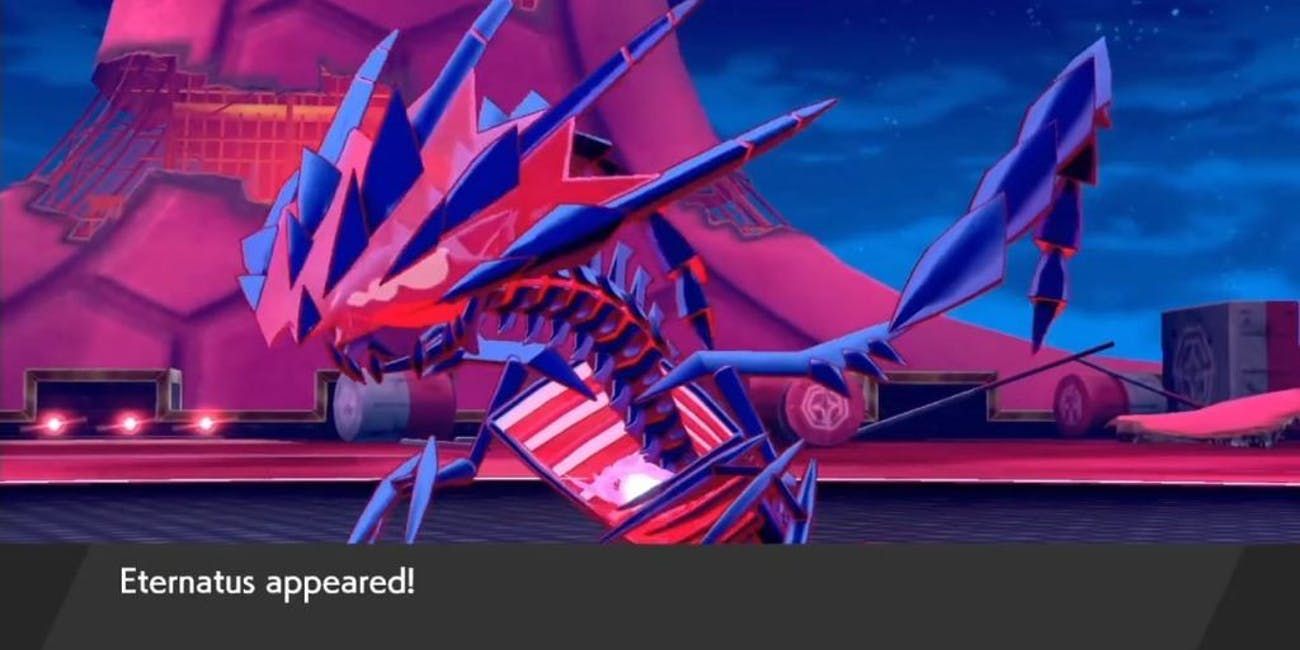 If you’re looking to catch Eternatus, you’ll have to progress fairly far into the story. Just before the player’s champion battle with Leon is set to begin, Rose interrupts and announces that the Darkest Day is making its second-coming, and he’ll be using Eternatus to make this happen. Thus, it’s up to Hop and the player to storm the power plant within Hammerlocke Stadium to stop Rose’s scheme. But first, the duo must go to the Slumbering Weald to seek help from Zacian and Zamazenta for the coming battle.

The fight with Eternatus is no joke; it’s an incredibly powerful Pokémon with some great stats on its side. Eternatus is a dual Poison and Dragon-type, meaning that you’re going to want to assemble a team of strong Ice, Ground, and Psychic-type Pokémon. Other Dragons (unless you want to be edgy like that) and Grass-type Pokémon should probably stay back. Fairies could go down easily, too.

After defeating Eternatus once on your own, he’ll turn into Eternamax Eternatus, which is a massively powerful form with an absolutely absurd 1,125 total stat count. This will turn the fight into a Max Raid Battle with Hop and the two cover legendaries, Zacian and Zamazenta. This form was specifically made for this battle, as Eternatmax Eternatus is unobtainable in-game as of this writing. That’s probably for the best. We do not need a Mega Evolution on steroids in the competitive scene. 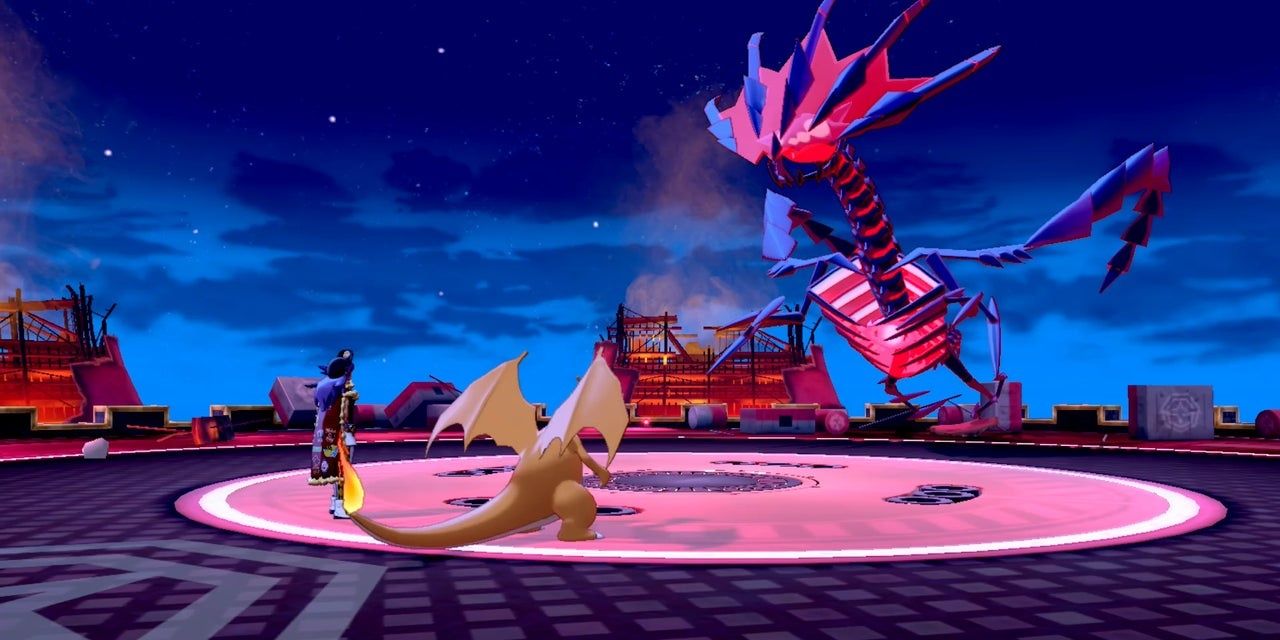 The fight from here isn’t too difficult, as Zacian and Zamazenta will be dealing the bulk of the damage to Eternatus. Just sit there and look pretty with Hop. After defeating the creature, you’ll be able to throw a Poké Ball at it with a 100% catch rate.

Eternatus is a fantastic Pokémon to use after you’ve successfully caught him. Its base stats are out of this world, and it has two exclusive moves, Dynamax Cannon and Eternabeam. Dynamax cannon has 100 base damage, but will double its power when used against a Dynamaxed Pokémon. Eternabeam, on the other hand, has 160 base power and causes Eternatus to rest on the next turn, making it a move that might be best to avoid.

Overall, Eternatus is a pretty great legendary, and is a required catch mid-game, meaning that you really don’t have to work too hard or go out of your way to catch it. You also catch Eternatus right before your battle with Leon, making its appearance right in the nick of time. You’re going to most likely need Eternatus during a few pretty tough postgame battles as well – if not for Gigantamax Raid Battles – so make sure to train it to tip-top fighting condition. A few people with some absolutely horrid hair choices are going to want to have some words with you.