A Shiny Clefairy distribution event is going live this weekend, June 18 and 19, in Pokemon Sword & Shield. You can take part by using a code that will be shared via Pokemon's Facebook pages and inputting it in the Mystery Gift section of the game.

Serebii.net (via Destructoid) revealed that the Shiny Clefairy in question is based on the one used by VGC player Jirawiwat Thitasiri in the 2021 Pokemon Asia Players Cup.

This Shiny little cutie will come at level 50 holding an Eviolite – an item that boosts the Defense and Special Defense of non-fully evolved 'mons, helping to make them more tanky. It will come with Protect, Helping Hand, Follow Me, and Icy Wind, as well as the Friend Guard ability which reduces damage done to your allied Pokemon in double and triple battles. 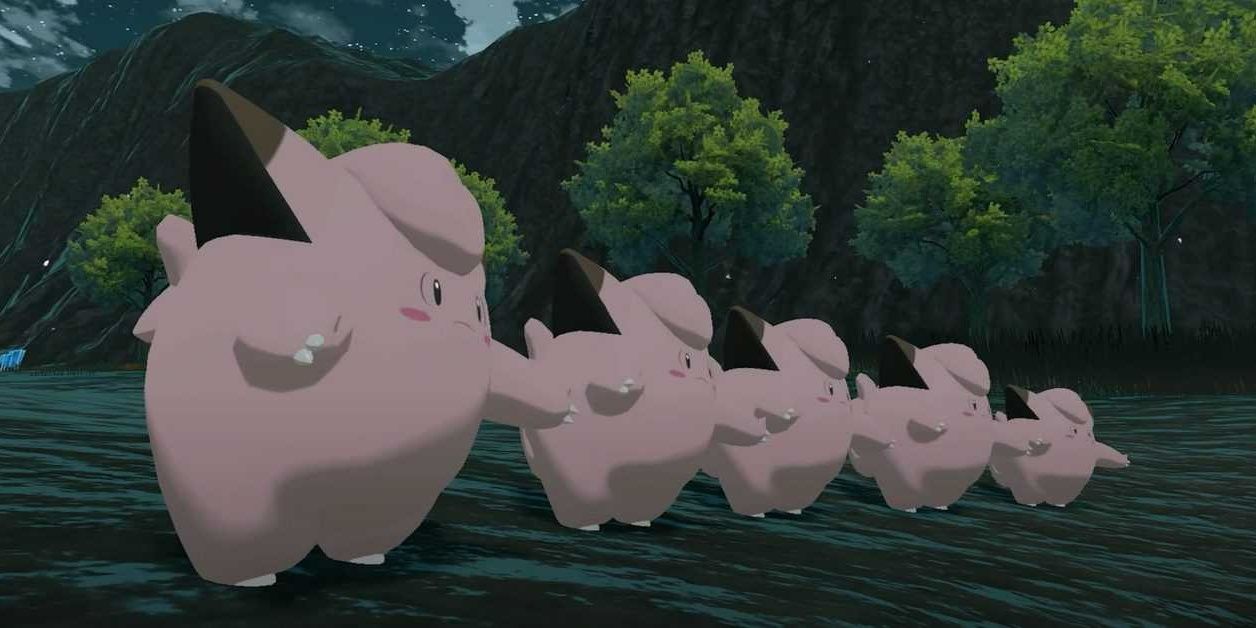 This set up makes it a true support Pokemon. Icy Wind can be used to deal some chip damage, breaking through abilities like Sturdy and Multiscale, and also lowering the Speed of opposing Pokemon by one stage. Helping Hand boosts the power of ally's attacks by 50 percent, and Follow Me draws in all opposing attacks, allowing you to keep frail allies safe for a turn or two.

The Eviolite makes this tough Pokemon even more bulky, meaning it can stay in to support longer, and the Friend Guard ability ensures all your team will stay healthier as long as this 'mon is on the field.

The Shiny version of Clefairy isn't exactly anything special, unfortunately, but it's still good news for Shiny hunters who now don't have to go and hunt the beast down. It's a slightly lighter variant of its original colour scheme, with the main giveaway to its Shiny status being the green ear tips. At least I think they're green, I'm a bit colourblind so I'm not 100 percent sure, but they look green to me.

In other news today, fans have celebrated the live-action Scooby-Doo movie's 20th-anniversary with a huge Twitter thread breaking down all the adult jokes that probably went right over your head as a child.