Nintendo announced this week that Pokémon Sword & Shield will be getting two DLC packs later in 2020. The Isle of Armor will launch this summer, while Crown Tundra will follow in the fall. Both packs will bring a whole bunch of new elements to the games, including more Pokémon to bulk out that slimmed down Pokédex. Annoyingly, it’s now a waiting game until that first DLC pack arrives in June.

On the bright side, there was one new arrival revealed to the world during the recent Pokémon Direct: a Galarian form of Slowpoke to accompany other Galarian forms of OG Pokémon that are already in Sword & Shield, such as Ponyta and Weezing. Galarian Slowpoke looks a little bit like regular old Slowpoke crossed with a Simpson, as the top of its head and the tip of its tail are tinged yellow.

Game Freak has explained why Galarian Slowpoke looks this way, providing a rich back story to accompany Sword and Shield‘s newest Pokémon. “The Slowpoke of the Galar region used to eat the seeds of a certain plant that grew in their habitat. These seeds were, in fact, Galarica seeds,” read the Pokémon’s details. Galarica seeds are used as an essential spice for cooking in the Galar region, and their built up particles in the Pokémon’s stomach are what has caused Slowpoke’s Galarian relatives to have an altered appearance. 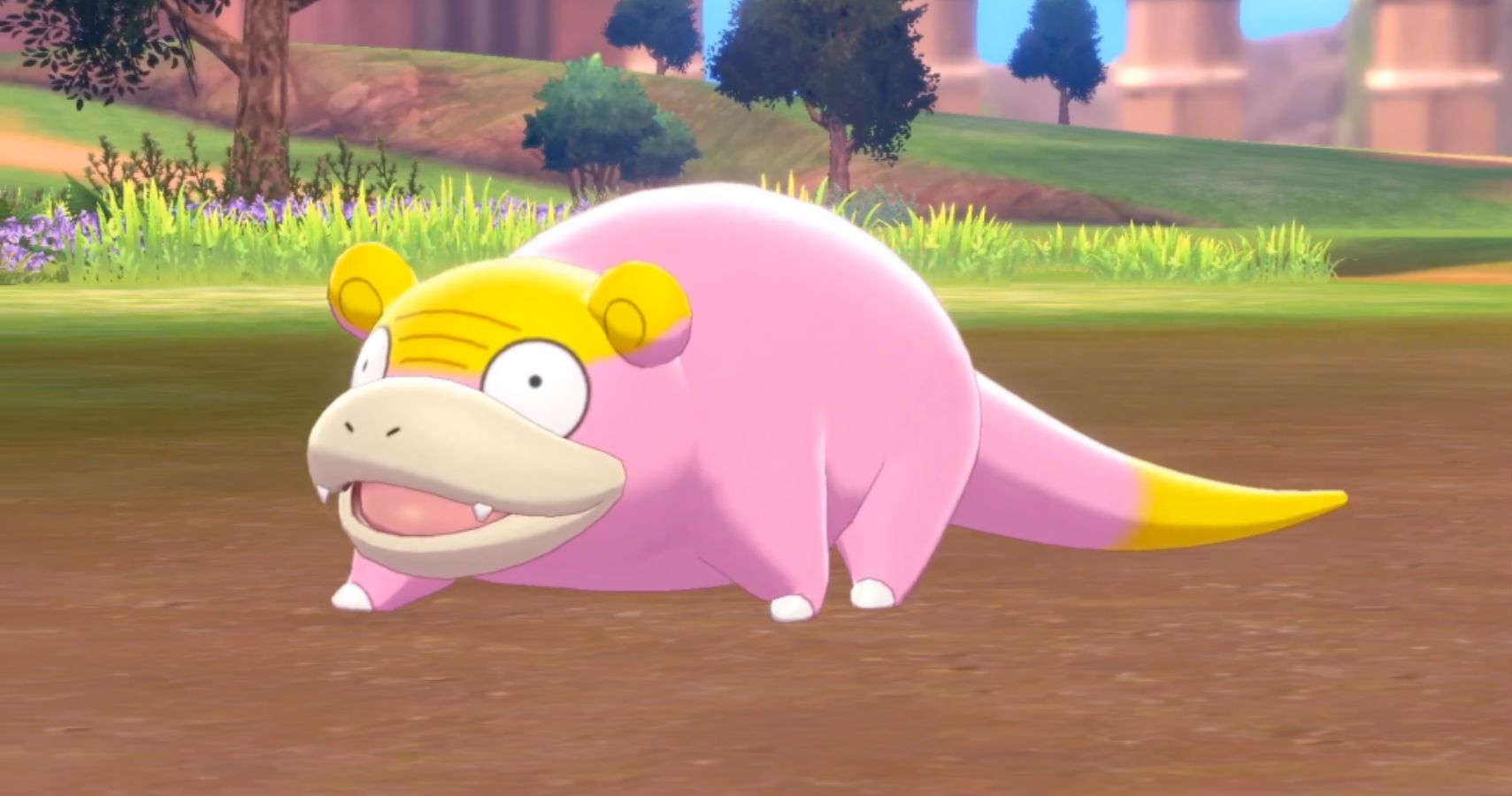 Aside from looking like some sort of Simpson hybrid, Galarian Slowpoke’s furrowed brow almost makes it look a little bit like an elderly gentleman. More of the Slowpoke’s traits supplied by Game Freak would suggest that it has more in common with old men than its forehead. As with regular Slowpoke, the Galarian form has a spaced-out look on its face most of the time. However, the build-up of those aforementioned Galarica seeds causes the creature to have fleeting moments of clarity. It will get a sharp look in its eyes, then immediately forget what it was thinking about.

As mentioned above, trainers do not have to wait until the release of Sword & Shield‘s DLC to catch a Galarian Slowpoke. Providing you have downloaded the games’ latest update, the new Pokémon should be available right now. There’s only one place in all of the Galar region you’ll find this unique Slowpoke, though: Wedgehurst Station. Waiting there will be a brand new character, Klara in Sword or Avery in Shield. Speak to them and they will simply give you a Galarian Slowpoke. Since they can’t be found in the wild (yet), trainers will need a Ditto to breed it. 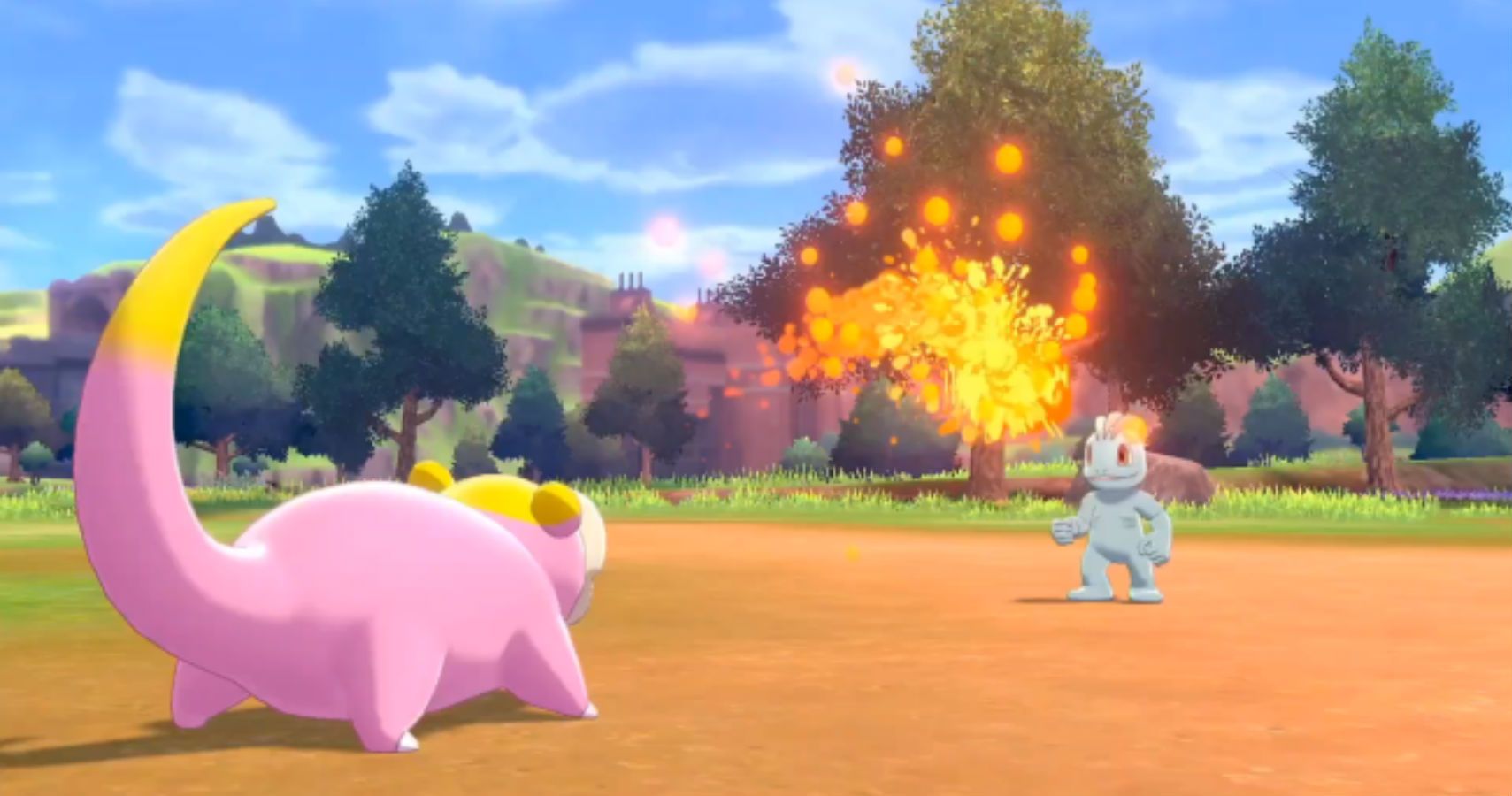 As for evolving Galarian Slowpoke into Galarian forms of Slowbro and Slowking, that will have to wait a while. Both evolutions will require items that are not yet available in-game. The unnamed item needed to evolve Slowpoke into Slowbro will become available during The Isle Of Armor DLC, and the Slowking item later via the Crown Tundra pack.

Athough not being able to evolve your Galarian Slowpoke right away might be annoying, at least it gives trainers something to look forward to. There are likely already aa lot of people who have done almost everything there is to do in Sword & Shield since its release. The introduction of expansion packs later this year will give them plenty to look forward to for the year ahead.