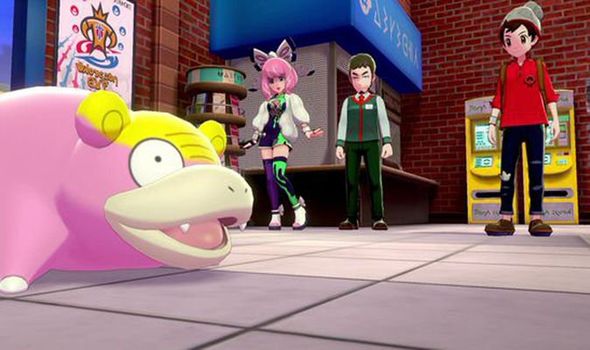 Fans not willing to wait until Summer 2020 can add a new Pokemon to their Pokedex on Nintendo Switch today.

The Galarian Slowpoke can now be caught in Pokemon Sword and Shield as an early teaser for the new expansion DLC.

As many gamers learnt today, new Pokemon DLC is arriving in 2020, packed with special Pokemon to catch.

And to kick things off early, developers Game Freak has made it possible to catch the Galarian Slowpoke.

However, while that might sound exciting, fans will have to wait a little while before pulling off such an evolution.

And depending on which game you own, you will either acquire a Slowbro (Armor) or a Slowking (Crown Tundra).

So for now, the addition of Slowpoke into Pokemon Sword and Shield is still part of a very limited Pokedex update.

To catch the new Slowpoke, Nintendo Switch gamers will need to make sure they have updated their game.

After doing so, you can head over to Wedgehurst train station and start going through the encounter event which ends with the chance of catching Slowpoke.

The only downside is that the new Pokemon variant doesn’t appear to have registered yet in player Pokedexes yet.

It’s unclear if this will happen soon, or is something being saved for the launch of the new expansions later in 2020.

Players who purchase the Expansion Pass will get access to both of these expansions.

“The Isle of Armor is a beautiful locale with varied habitats, such as beaches, forests, and caves. You’ll meet a new mentor named Mustard, a former Champion himself,” a message from Nintendo explains.

“Plus, you can discover the Legendary Pokémon Kubfu, a Fighting-type Pokémon that can evolve into the powerful Urshifu.

“The Crown Tundra is a wintry area just waiting to be explored. You can travel the frigid fields and encounter amazing Pokémon in Pokémon Dens.

“Plus, you’ll discover the Legendary Pokémon Calyrex, a graceful Pokémon that was once said to rule over parts of Galar.

Another bonus worth checking out this week includes an increased in Max Raid Battles with certain types of Pokemon.

Players for a short time can encounter more Gigantamax Pokémon, including Lapras, Coalossal, Flapple, and Appletun, in the Wild Area.

Nintendo has confirmed that these encounters will only be available until early February on Switch consoles.