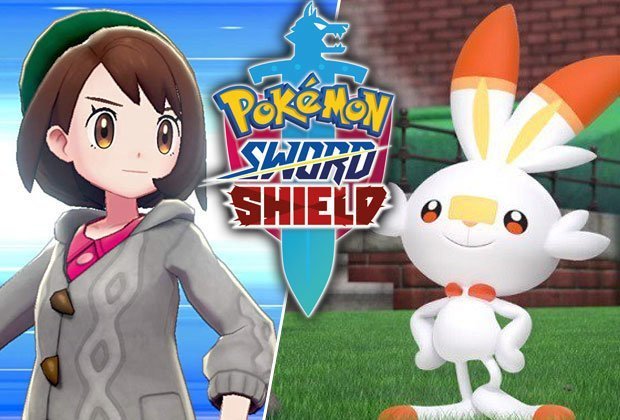 Pokemon Sword and Shield might be one of the most hotly anticipated games for Nintendo Switch, but following its big reveal pre-E3, the game has come under quite a lot of scrutiny. Sometimes, not always for the best.

We’re still some way off the games November 15 release date, but fans are becoming increasingly frustrated with the next entry in the series.

Though fans are already up in arms over the fact that new game wouldn’t include every pocket monster previously released, a new controversy is hampering the game.

The problem first arose when the game’s producer, Junichi Masuda, had to explain why the game wouldn’t feature all of the game previous pokemon in Sword and Shield.

Supposedly, part of the difficult decision was due to the team having to create much “higher quality” animations for this latest outing in the series.

However, a new video posted to Reddit by user MysticSong (Via Express/Ninendolife), has thrown those assertions into question and then some.

The video (seen below) asserts that Game Freak is re-using some animations from the 3DS release, Pokémon Sun and Moon.

As the video shows in detail, the likes of Wingull, Bunnelby, Machoke and Pikachu all seem to be using the exact same animations as the previous 3DS entry.

It’s likely as well that the game will use a lot more for plenty more Pokemon who we haven’t yet seen.

Further research into this has also shown that the games new Dynamax Pokemon (sort of massive oversized raid bosses) are also using the same animations.

The only difference with Dynamax animations, it seems, is that another Reddit user – u/YukiiShiyoki, in this clip – has shown they appear to just be slowed down by 30/50%.

With so little time between now and release, and rumours that GameFreak has been increasing under pressure to deliver the game this year, it seems increasingly unlikely that this will be fixed.

Most fans (at least from a cursory look on Reddit) seem to already been well aware of the problems, but are happy that at least more awareness of what GameFreak are doing.

Pokemon Sword and Pokemon Shield – What We Know So Far

Thanks to a fifteen minute Nintendo Direct video, we know a lot more about Pokemon Sword and Shield now than we did a week ago. While the game still revolves around catching and battling critters, we know that gym battles have returned and that we’ll be seeing plenty of new Pokemon on our travels through the new Galar region including legendary Pokemon Zacian and Zamazenta.

Pokemon can now shift to a “Dynamax Form” once per battle, essentially supersizing them and enhancing their move set. These forms only last for three turns, and gym leaders can use them too, so try to pick the right moment to use your growth spurt.

You’ll also find Dynamax Pokemon out in the wild and will need to team up with other players to take them on. These are called Max Raid Battles and look to offer the most challenging (and rewarding) encounters in the game.

Finally, a new “Wild Area” offers different Pokemon depending on the weather and the time of day. This is likely to be the closest Pokemon comes to being a live-service game, so it’ll be interesting to see if this functionality is tied to the Switch’s online service.