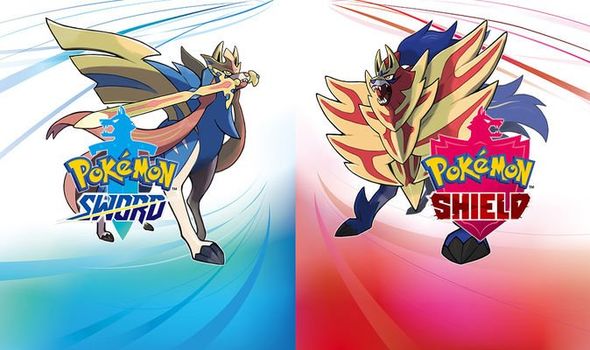 The Pokemon Sword and Shield release date is set for November 15, 2019, and will be exclusively available on Nintendo Switch.

And while new additions have been made to the game, the core gameplay remains unaltered from previous generations.

And with just days to go before the big launch day, we’ve learnt all we need to know before Pokemon Sword and Shield becomes playable.

But one last final thing that some fans might be interested to find is that certain retailers will be holding early launch events for Sword and Shield.

Pokemon Trainers can be among the first to pick up their copies for the Nintendo Switch exclusive, depending on where they live.

For example, Best Buy in the United States will be hosting Pokémon Sword and Shield late-night store openings.

It should be noted that this isn’t blanket offer running at all locations, so fans should make sure to call around and check which ones are participating.

And Best Buy are also running another Pokemon event in the lead up to the Sword and Shield release, this time for Let’s Go Pikachu.

By visiting any Best Buy store now through November 14, Trainers can scan the QR code using the free Pokémon Pass app, and get Mewtwo free.

UK retailer GAME is also known for its midnight releases but has yet to update their current listings online.

“For midnight launches, stores generally open their doors around 11:45pm and will usually close around an hour later,” a message on the GAME site confirms.

“Depending on demand, your local manager may choose to close earlier or stay open longer.

Stores open at the discretion of your local manager. This list shows the latest information we “have on stores that are taking part in the midnight launch, however, there may be changes. To be sure that your store is opening, please check with your local branch on their Twitter page before going out on the night as they will have the latest information.

The most recent midnight launch held for a game was for Call of Duty Modern Warfare in October 2019.

These style of events will only be available to those interested in buying a physical copy of Pokemon Sword and Shield and will not be available via a digital pre-order.

So for many people, Pokemon Sword and Shield will become playable on Friday, November 15, sometime after midnight.

And Nintendo has also confirmed that for a limited time, players of the digital version can pick up a few exclusive perks through their purchase.

Buying a digital version of the game from the Nintendo eShop before January 2020 provides an in-game present of 12 Quick Balls.

For those that don’t know, Quick Balls are special Poké Balls that are more likely to catch Pokémon if you use them as soon as a battle begins.

Google Pokémon of the Year snubs Pikachu in favour of Greninja

EA Servers down: LizardSquad ‘hack’ takes down FIFA 20, Apex Legends and Origin
We and our partners use cookies on this site to improve our service, perform analytics, personalize advertising, measure advertising performance, and remember website preferences.Ok