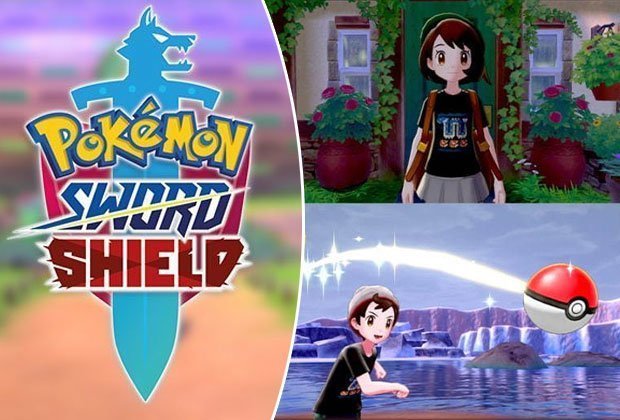 Uniqlo may have revealed more about the upcoming Pokemon RPGs than it meant to with the reveal of its new competition results.

Over the weekend, the clothing brand revealed the winners of the UT GRAND PRIX design competition – a contest that asked Pokemon fans to submit new designs for a range of T-shirts that will be sold around the world in the coming months.

After more than 18,000 entries (which Uniqlo tells us is a UTGP record!), the winners have been chosen and the finalists selected.

Uniqlo revealed that the winning design – a Monster Hunter-looking set of Magikarp and Gyarados icons – will be featured as a wearable item in Pokemon Sword and Shield when they’re released later this year.

That confirms that character customisation will make a return! The feature was first introduced in X & Y, and made an appearance in Sun & Moon, too – much to players’ glee (it was absent in Gen 3 remakes Omega Ruby/Alpha Sapphire)

We’re hoping the options will be a little more robust than previous entries, and thanks to the game being set in a Pokemon-inspired version of Britain, we hope that means there’ll be some sort of Oxford Street or Saville Row location that will let us indulge in our most fashionable Pokemon fantasies.

If you look carefully launch trailer, below, you will see at one point there is an icon in the background that shows off a T-Shirt icon as the player walks around – it’s nice to know for sure this will be related to character customisation.

This update comes shortly after we learned more about what features we can expect in Pokemon Sword and Shield thanks to a surprising datamine last week.

In a recent datamine by Chrales, it was revealed that the Pokemon Go update 0.143.0 introduced something called koala_settings.

Now, Game Freak like to use each iteration of the game with a different animal. For example, Black and White 2 were codenamed as Swan.

This could well mean that Koala is the codename for Sword and Shield, which would mean that there will be some functionality between Pokémon GO and the new entries.

This would be wholly unsurprising given the popular nature of the mobile game, it would be silly not to include some kind of communication between the two.

Given just how many Pokémon there are, it might make sense to get this latest generation into the mobile game before continuing on with the older ones. GO has been updated fairly regularly with new monsters from the different generations as the game has aged.

However, capitalising on the brand-new generation would make a lot more sense than waiting until they have caught up.

If this datamine is correct then it’s quite possible that there will be the full line-up of the new Pokémon in Pokémon GO to coincide with the launch of Sword and Shield.

It certainly makes perfect sense from a marketing standpoint, it will just be about whether or not it makes sense to the teams from the development side.

It’s also possible that we will be able to transfer our little friends from the mobile version to the new Switch game, a lot like the functionality that Let’s Go! had.

Hopefully, this won’t mean that there will be no Safari Park in the new entries though, as many players lamented the loss of it last year.

E3 is literally next month and Nintendo are sure to put on an impressive show, it just remains to be seen just how much of it will be about Pokémon given how many games they have coming out this year.

If everyone keeps their fingers crossed then maybe we can hear more on this soon.