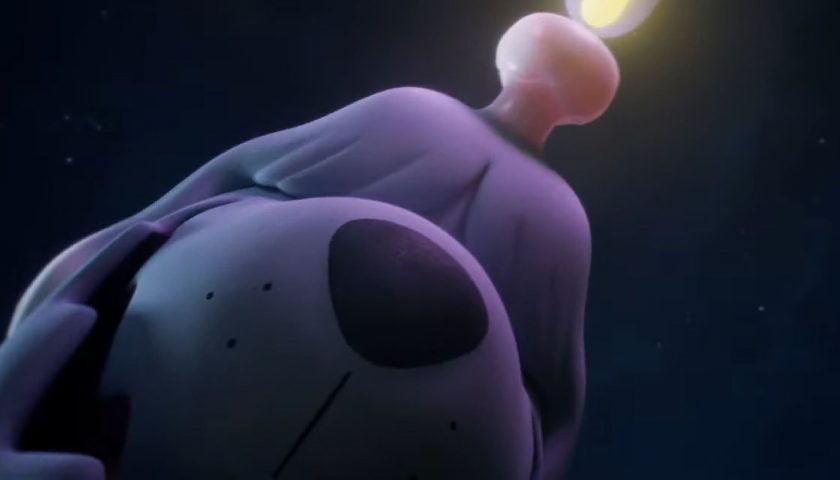 Pokemon Scarlet & Violet's latest trailer comes just in time for Halloween. Naturally, it's a spooky ghost story that also reveals a brand-new Ghost-type Pokemon coming in the latest iteration of the monster-catching franchise. And like so many Ghost Pokemon, it's adorable, but also terrifying.

We don’t have a name for this good boy (or girl) but we do know that it’s definitely a dog with a candle on its head. The poor student of Naranja Academy's Ghost-Type Pokemon Club slowly has its life force drained the longer he plays with the new Pokemon, which seems to behave exactly like a dog. It fetches, it licks, and it loves the attention, all while sucking this poor sap’s soul.

Without a backstory for this new Pokemon species, we’re left to speculate just what this ghost dog’s deal truly is, but we have plenty of precedents to assume the worst. Pick any Ghost-type Pokemon and you’ll learn about a tragic origin that leaves these spirits in the bodies of Pokemons, either with unfinished business to attend to or with an insatiable hunger to end the lives of everyone and everything around it.

Banette? An abandoned child's toy that just wants to find the kid that threw it away–clearly to murder said child. Drifloon? Literally picks up children and carries them into the afterlife. Litwick? Steals souls. Ditto Honedge. Phatumps are dead children that possess tree stumps to lure adults into scary forests, Gengar kills people trying to make a human companion, and Yamask is a recently-deceased human that was turned into a Pokemon and is forced to carry around a mask of its former face.

So, judging by all that, this ghost dog is probably some poor mutt that got run over by a Pokemon truck or was abandoned by an abusive family, doomed to wander for all eternity and drain the lives of everyone around it. It probably doesn’t even want to hurt people. That Naranja Academy guy, though? Super dead.