Pokemon Scarlet & Violet is here, introducing trainers to a new region called Paldea. In a region as mysterious and huge like this one, you have a lot of challenges, adventures, and quests to embark on during your journey!

The Path Of Legends it's one of the main quests in these games, and it'll make you face the various Titans of Paldea in combat, with the help of Arven, a fellow student on a personal mission to help his beloved partner pokemon. Here's everything you need to know about it.

How To Unlock The Path Of Legends Main Quest 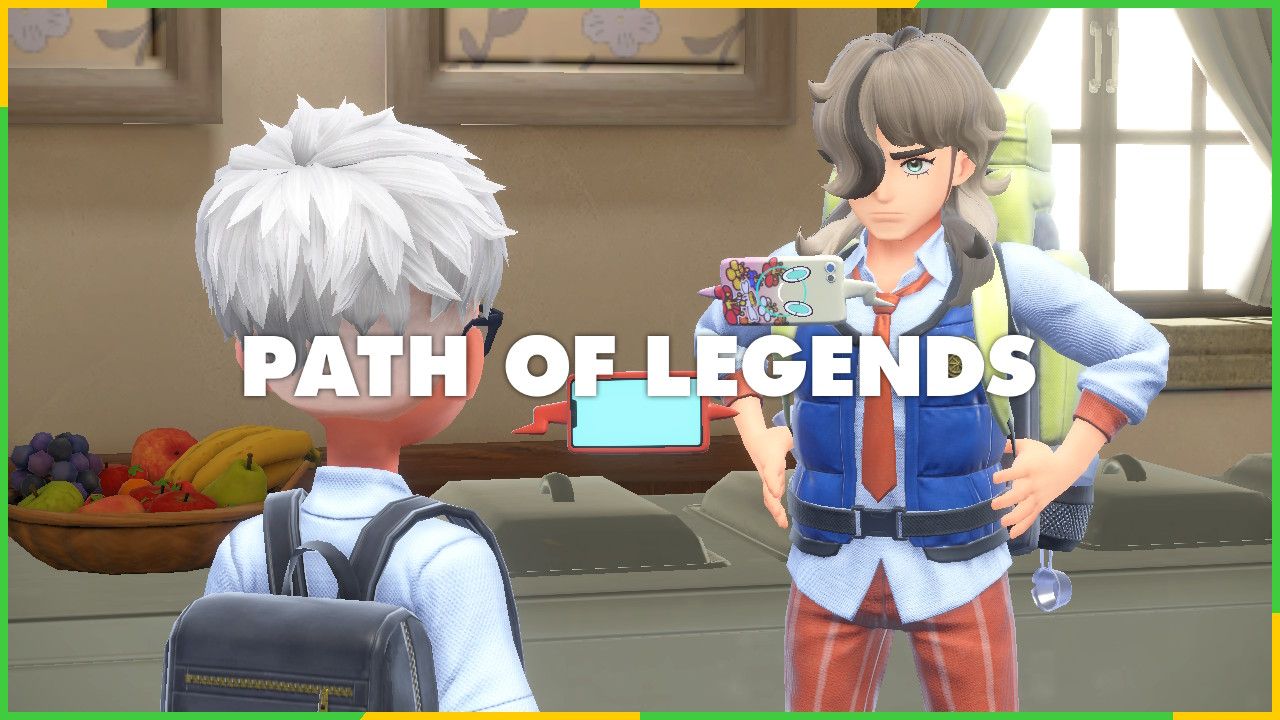 Right after enrolling at the Naranja/Uva Academy and starting your Treasure Hunt, you will head to the dining area in the Academy, where you will notice Arven standing alone. Speak to him and he will request your help to defeat the five Titans, powerful pokemon that are powered-up by mysterious herbs called Herba Mystica.

To do this, you must find the five titans that are sitting around five specific places across Paldea. Each time you find one, you will have to chase and fight them twice, with Arven assisting you during the second fight, when they consume the herbs and get into their powered-up state. 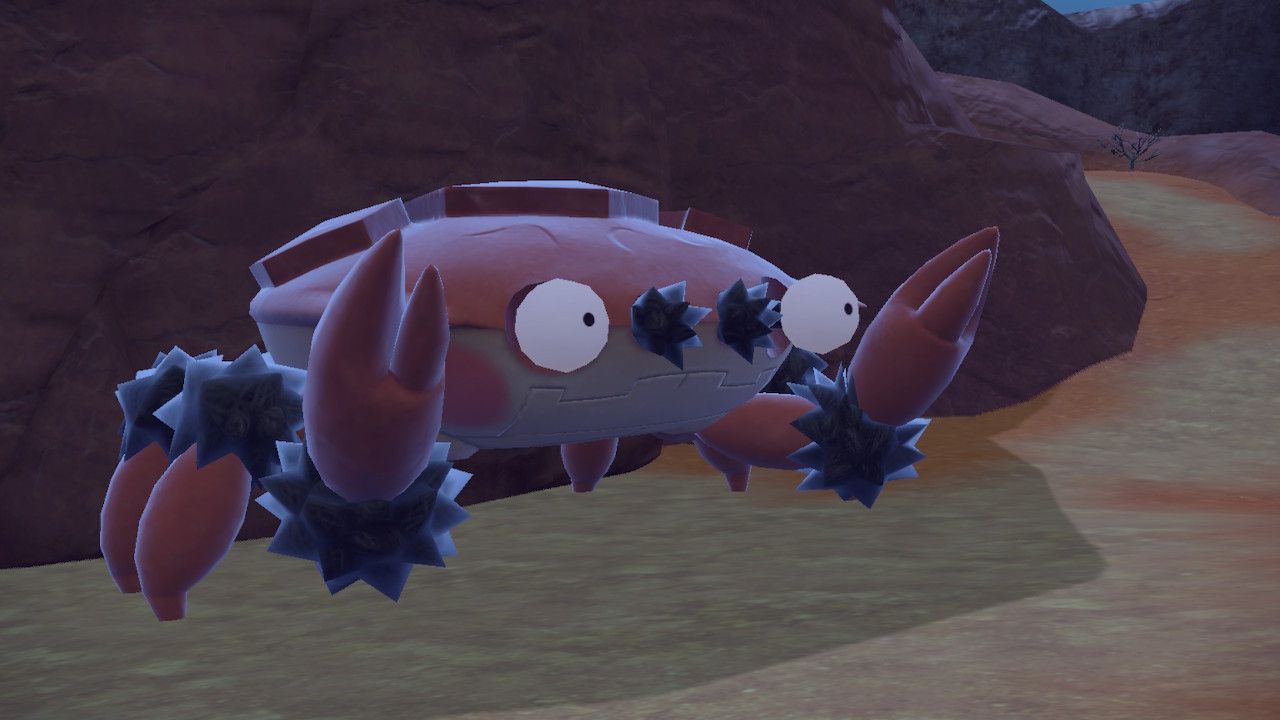 The first titan, Klawf, can be found in South Province (Area Three). Getting close to it will trigger a phone call from Arven, who will warn you about this opponent. Reach the area of residence of the Titan and it will challenge you to a battle. Defeat it once and chase him to its lair, where Arven will join you for a final battle against the powered-up version of this titan.

Once you defeat it permanently, Arven will escort you inside its lair, where the Herba Mystica is hidden. Using the herb as a spice ingredient, he will make a sandwich for you that will be quickly stolen and eaten by Koraidon/Miraidon, accidentally discovering that the Herba Mystica's restorative powers can give them back portions of its power, sandwich by sandwich. Arven will rest behind for a bit more, and you will be able to continue your journey. 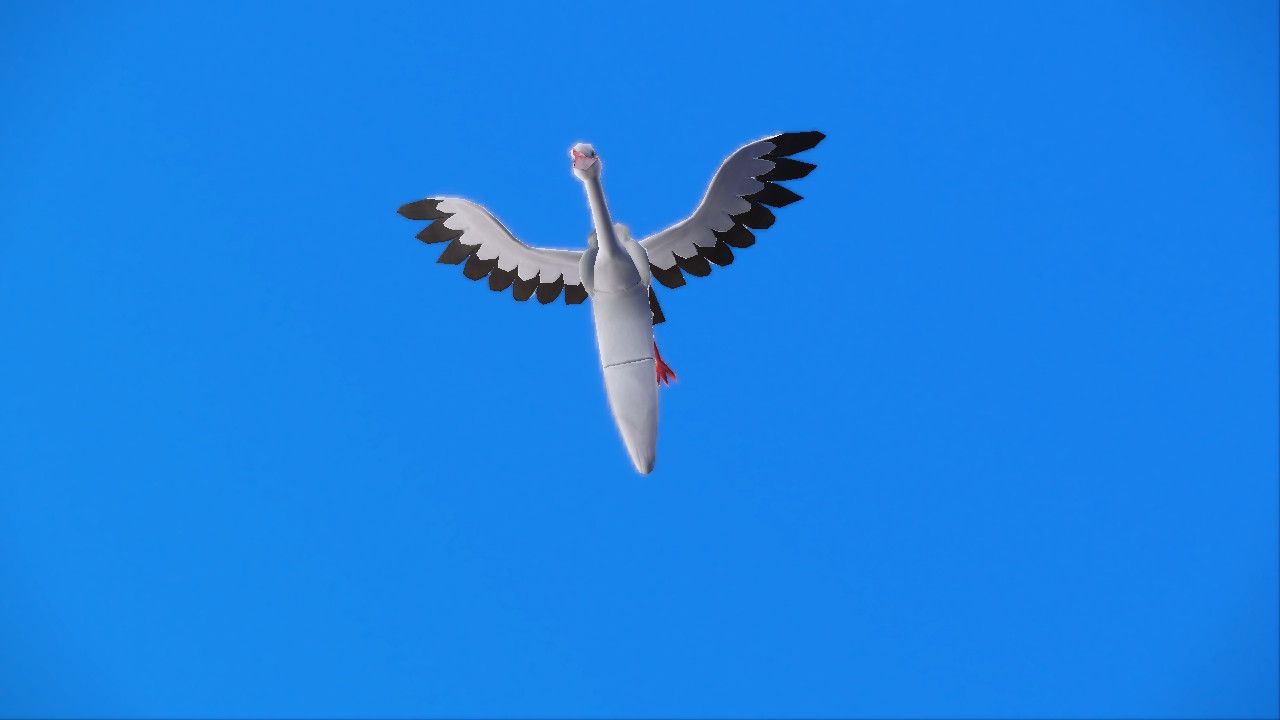 The second titan, Bombirdier, can be found in (West Province Area One). Getting close to its place of residence will trigger a phone call from Arven, who will warn you about some rolling boulders that this mischievous titan seems to be dropping down the mountain. Ride Koraidon/Miraidon avoiding the boulders, and once you reach the area where Bombirdier is, it will challenge you to a fight. Defeat it once and chase him to a cave nearby, where Arven will join you for a final battle against the powered-up version of this titan.

Get inside the cave to prepare another sandwich, but when Koraidon/Miraidon's gluttony makes Arven snap in fury, it's revealed that he's trying to collect every kind of Herba Mystica to help his Masbostiff, which was wounded in a previous trip to Area Zero, now close to death. This sandwich helps it a bit, enough to bark a few times, but the journey must still go on. 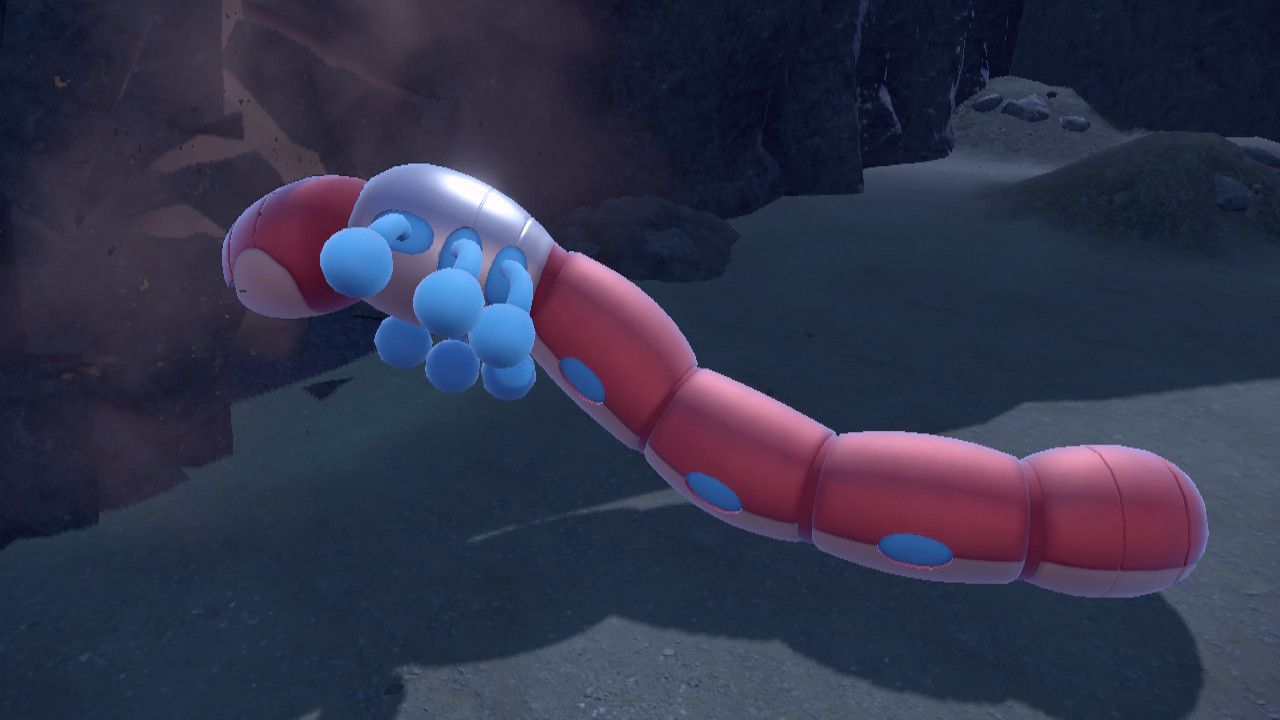 Orthworm, the third Titan, can be found in (East Province Area Three). This Steel-type worm will be waiting around, partially hidden underground, and once you get to it, it will run away quickly, so you have to chase it for a while. Reaching it will trigger the first battle, and once you finish it will run away again to a nearby cave, after which Arven will arrive and join you for the second phase of this fight.

With this sandwich, Masbostiff starts showing a slight change in its mood (to Arven's relief), but if he wants Masbostiff to fully recover, you all must go on and keep defeating the remaining Titan Pokemon. 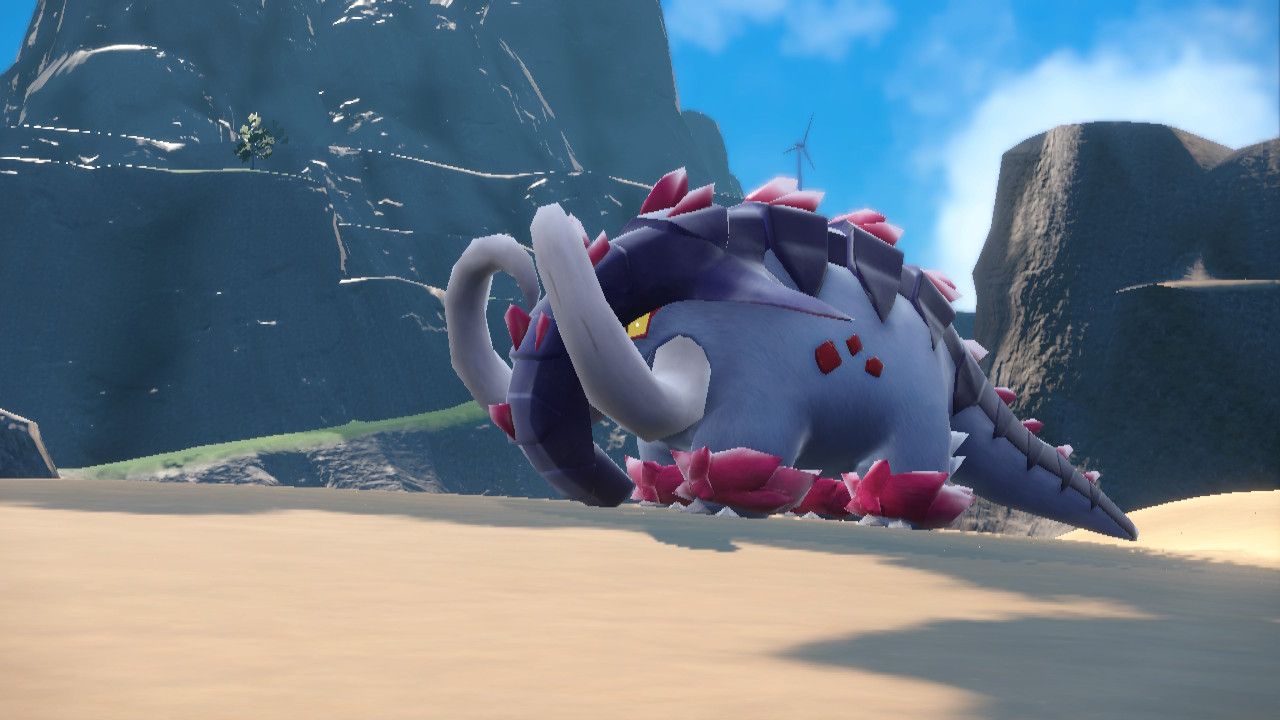 The Quaking Earth Titan can be found roaming around Asado Desert. This very strange pokemon seems somewhat similar to another pokemon, Donphan, although not quite, which presents a mystery with no answer, at least not yet. However, you can let it loose, so head on and defeat it once.

Arven will arrive shortly and join you for the second phase against its powered-up state, and then you both can go inside and look for the Herba Mystica. Keep in mind, this titan will be different depending on which game you have, so its information can go as follows:

Once you prepare the next sandwich, Masbostiff won't react as energically as expected, but Arven seems optimistic about it, so you must head onto the next Titan place, which should be the final one. 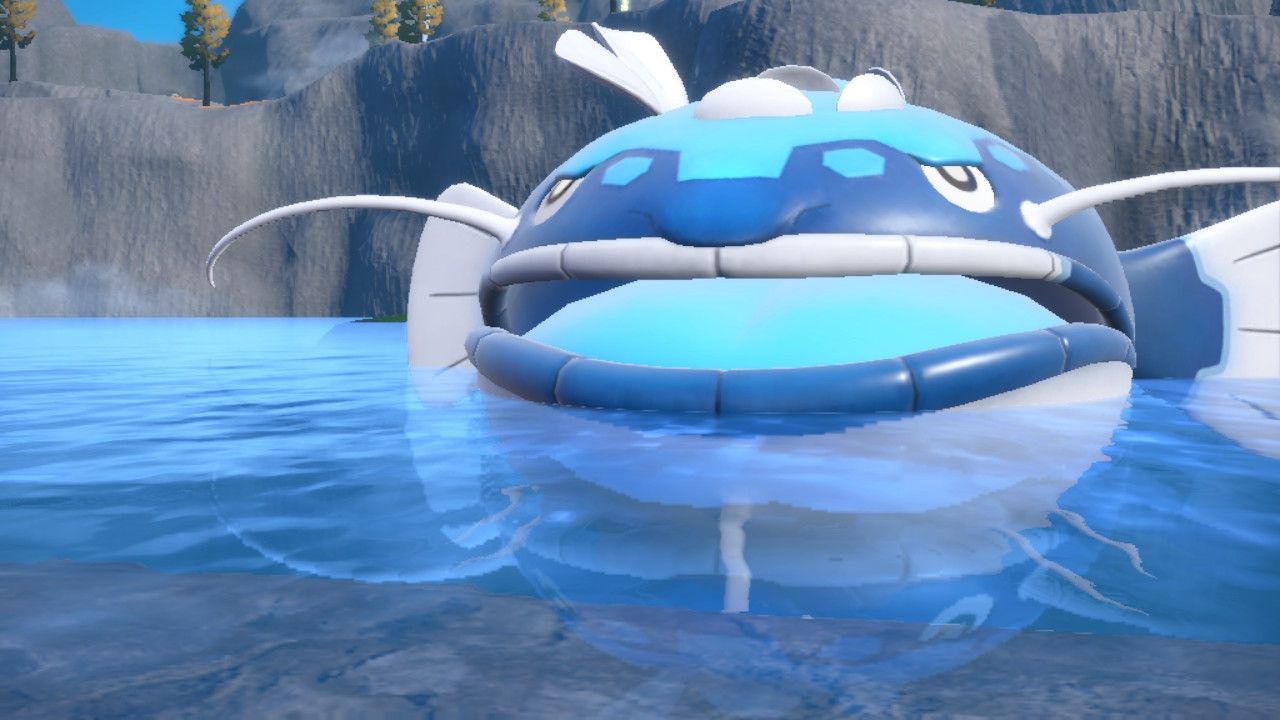 The final Titan can be found in Casseroya Lake, where there's a rumor about a fish pokemon made dragon. You will find a Tatsugiri that you can interact with, but before you even get to touch it, a massive Dondozo will show up and swallow it whole. After such a disturbing scene, you must battle this giant pokemon.

Once you defeat this pokemon, it'll swim away and you must chase it to a nearby cave, after which Arven will arrive shortly and join you for the second phase. However, once you defeat it for the second time, the previously eaten Tatsugiri will reveal it was the true Titan all this time, and you will also have to defeat it in a battle against its powered-up state.

Get into the cave to prepare the final sandwich for Masbostiff, and when everything seems lost and Arven can't help but shed some tears, his beloved partner finally comes back to full health and plays with him one more time, finally succeeding to regain its energy.

However, not everything is a celebration, because shortly after you both will receive a call from the Professor.

Intermission – Go To The Professor's Lab 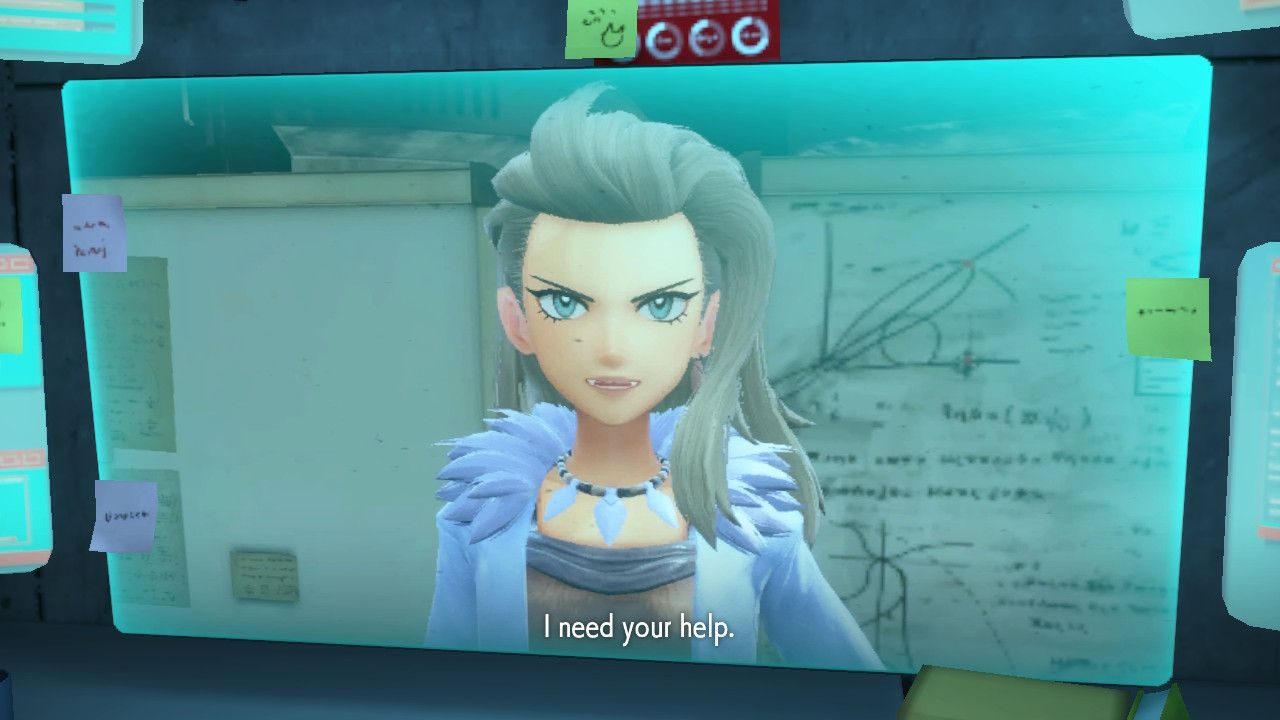 Go to the Lab in the Poco Lighthouse, and once you rendezvous with Arven and open the door, you will find… nothing. The lab seems oddly quiet and abandoned, but a call from the Professor's computer will prompt you to travel to Area Zero, a place that, unfortunately, you don't know how to reach. 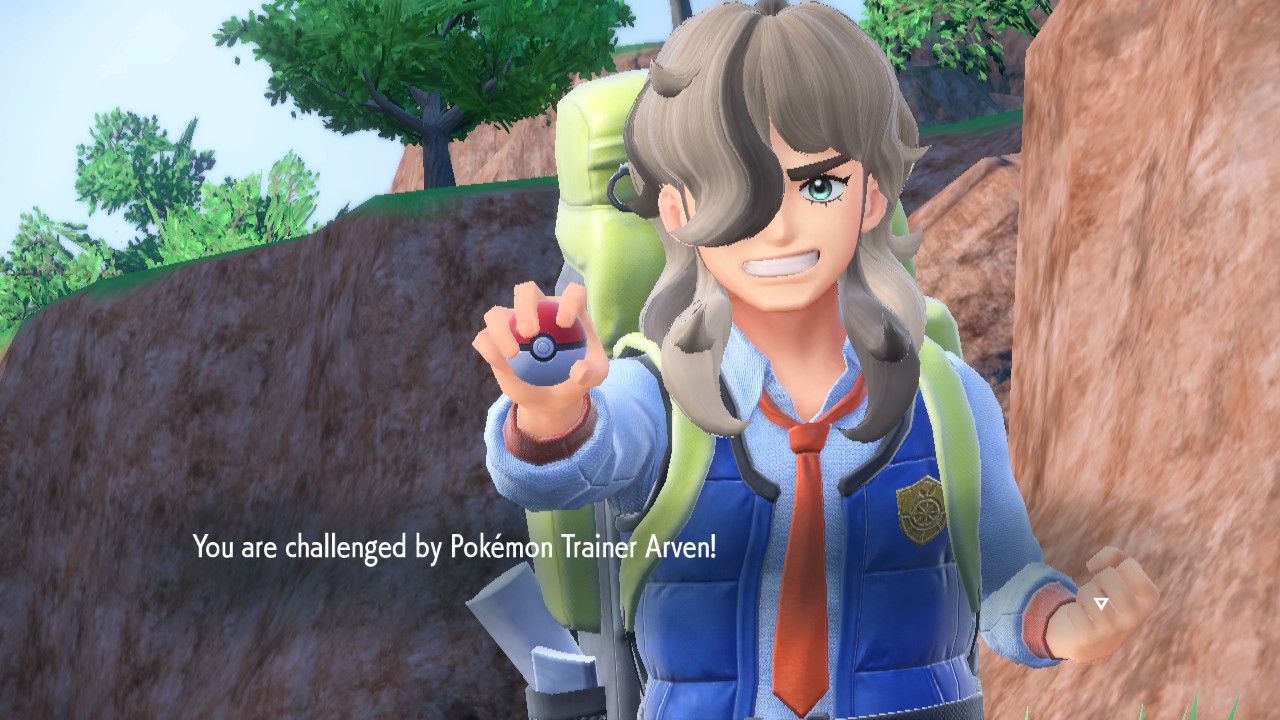 Once outside, Arven will challenge you to a final battle against his full team, and with Masbostiff back into shape, you will need to keep your own team on their toes if you want to win. Arven's team list goes as follows:

Defeating Arven will bring closure to this Main Quest, and once the fight is done he will ask you to keep progressing on your journey until you can get help from more people, so you all can travel to Area Zero. In the meantime, he will investigate how to travel back to that place and promises to call you, once you're done with the rest of your journey. 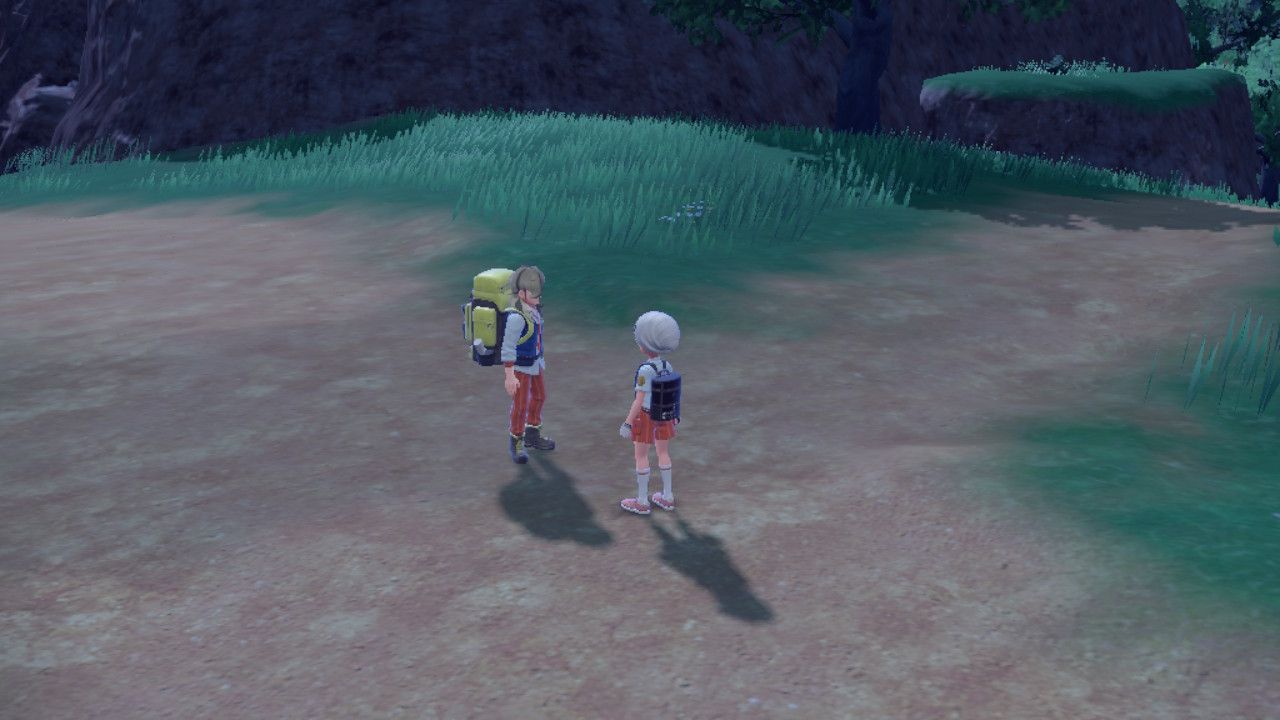