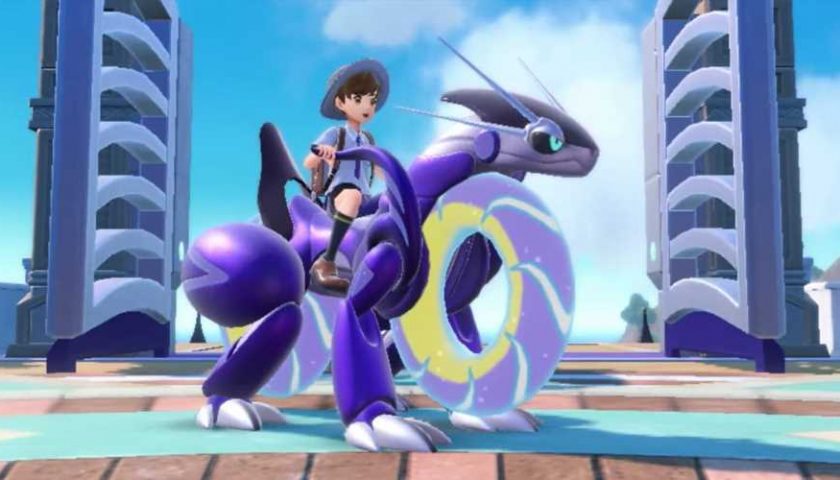 The launch of Pokemon Scarlet & Violet is now only three months away. Information, both official and unofficial, on what to expect from the next titles continues to filter through. This morning a number of new details about the generation of Pokemon being introduced through the Paldea region have leaked, potentially revealing how big the next gen will be and some of the new Pokemon trainers should be on the lookout for.

Centro Leaks, which has been pretty accurate so far when it comes to early Scarlet & Violet details, claims this upcoming gen will be made up of 105 Pokemon. If accurate, that would make it the biggest generation for a decade. Gen 5 was the last bacth of Pokemon added through games (Black & White) that totaled more than 100 in one go.

Speaking of which, again according to the latest leaks, five of those 105 new Pokemon will apparently be cross-gen evolutions. So Pokemon trainers will have met in previous games getting a new form in Paldea. The time travel element of the games will also introduce paradox Pokemon. Pokemon that can presumably travel through time, and as of now the leaks claim there will be 16 of them in the new games.

As for which of the new Pokemon coming via Scarlet & Violet have already been introduced, the three starters, of course, and Lechonk, the sad little pig the world birefly fell in love with. Briefly because as soon as Fidough entered the field of play, a dog made out of bread, everyone quickly forgot about Lechonk. Hopefully, all of the above will eventually be officially confirmed, but knowing Nintendo, that will either happen a week before launch or in a tweet on a random Thursday.