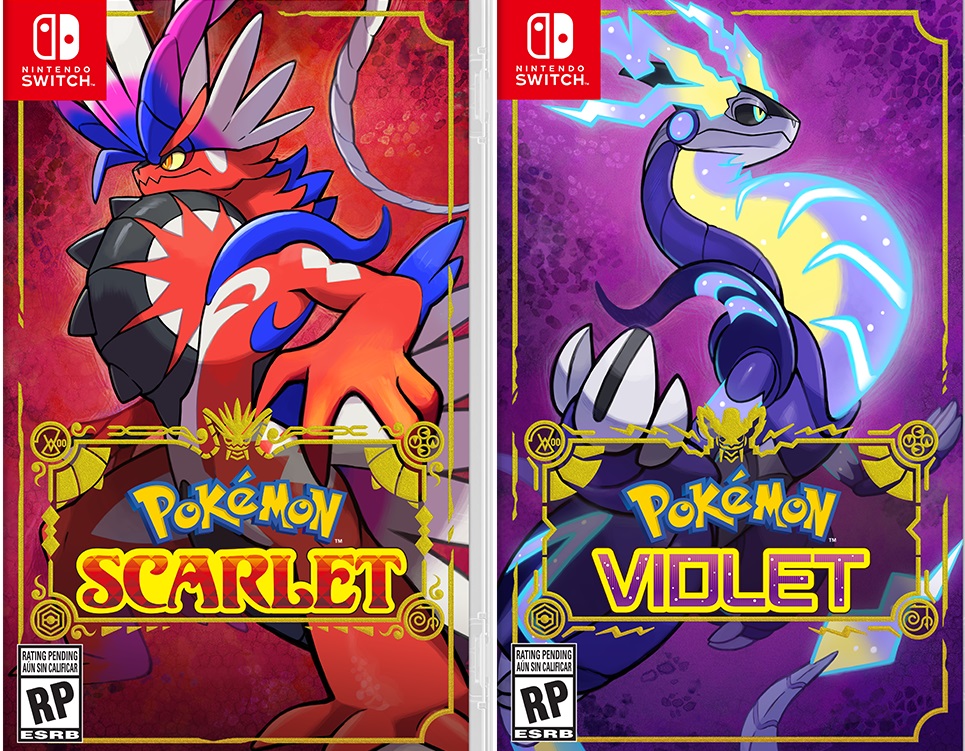 We’ve put together everything you need to know about Pokémon Scarlet & Violet, including all the new and returning pokémon.

Even though the next mainline Pokémon games, Pokémon Scarlet & Violet, launch this November, Game Freak and The Pokémon Company have been keeping a tight lid on the details.

Still, between the few trailers released thus far and the official website, we do know quite a bit about the two games and what players can expect, including many of the pokémon that will be included and the big new gimmick of Terastallising.

We’ve compiled everything that’s been announced about the games thus far, including its new gameplay features, new pokémon, and what it means to be the first open world mainline entry.

Pokémon Scarlet & Violet – how is it open world?

While previous entries in the series have always been set in a vast region, you had to explore them in a set order, with little opportunity to deviate from the path.

In Pokémon Scarlet & Violet, however, The Pokémon Company brags that you can ‘explore at your leisure and not in an order dictated by the story.’

The traditional gym challenge, for example, has returned but, unlike the other games, there’s no set order that you need to complete them in.

Pokémon Scarlet & Violet – what region is it set in?

The games are set in the Paldea region, which is very clearly inspired by Spain and Portugal. It’s described as a ‘land of vast open spaces’ and will feature an array of different environments, from grassy plains and lakes to sandy deserts and a snow-topped mountain.

Unlike Pokémon Sword & Shield’s Galar region, which was more vertical in design and saw you travel from its bottom to its top, Paldea is literally shaped like a pokéball, more befitting its open world design.

Yes, there will be traditional multiplayer options, letting you battle and trade with friends and strangers. In another first for the series, however, you’ll be able to experience the games in co-op.

Up to four players will be able to explore the region as a group, although the exact details of how it will work haven’t been fully explained yet.

Pokémon Scarlet & Violet – how many new pokémon are there?

So far, 11 new pokémon have been revealed for the game. Well, technically 10 as one of them is a new regional form for an existing pokémon.

The pokémon and some additional details are listed below:

Pokémon Scarlet & Violet – which pokémon are coming back?

It’s very unlikely that every pokémon will return for the new games, considering Sword & Shield didn’t and now there’s over 900 of the things.

Between all the footage and screenshots shared thus far, we do know of at least 170 pokémon that will make a return, which are listed below.

For anyone wondering, we’ve omitted Wooper’s evolution Quagsire for the time being since it’s possible Paldean Wooper will have a different evolution altogether for the new games, and we have yet to see either regular or Paldean Quagsire in any pre-release material.

All the pokémon in Pokémon Scarlet & Violet

Pokémon Scarlet & Violet – how does the gym challenge work?

While you can battle the gyms in any order, there will be the usual number of eight gyms to beat. Once you have all eight gym badges, you can partake in a test called the Champion Assessment and, if you pass, you’ll achieve Champion Rank.

Specific details on how the Champion Assessment works have yet to be shared, but it already sounds different to the usual Elite Four challenge, where you have to defeat four powerful trainers in a row before facing off against the reigning champion.

So far, only one gym leader has been revealed – an ice type user and former professional snowboarder called Grusha, whose main pokémon is Cetitan.

Pokémon Scarlet & Violet – what is Terastallising?

Terastallising also activates your pokémon’s Tera type, a secondary type that is otherwise dormant and only applies while they’ve transformed.

This isn’t a wholly new typing. What happens is your pokémon’s current type will be replaced with one of the 18 already established pokémon types, such as fire, water, grass, etc.

So, if a pokemon’s Tera type is water, they’ll become a water type after Terrastallising, no matter what their original typing is.

Every pokémon is capable of Terastallising and, upon transforming, any moves that are the same type as their Tera type will become more powerful.

The Tera type depends on the individual pokémon. So, you could catch two Pikachu and they’ll have different Tera types.

Sometimes, however, the Tera type can be the same as their current type. So, the normal type Persian could still Terastallise into a normal type.

Yes, raid battles from Sword & Shield are back, and are now called Tera Raid Battles. They function mostly the same and have you and three other trainers (be they other players or computer-controlled allies) battle a single, especially powerful pokémon.

Defeat the pokémon in the time limit and you’ll get the opportunity to catch it and add it to your team.

However, one major difference is that you don’t need to wait for your teammates to take their turns, allowing you to attack simultaneously.

You can also perform cheers which, depending on what kind of cheer it is, can increase different stats for all the pokémon on your team.

Pokémon Scarlet & Violet – what are the exclusive pokémon?

As with every set of games, each version will have exclusive pokémon that can’t be obtained in the other. So, if you own a copy of Pokémon Scarlet, but want a pokémon exclusive to Pokémon Violet, you’ll need to trade.

The version exclusive pokémon confirmed so far are listed below:

For the first time in the series, the professor character who gifts you your first pokémon will also change depending on which version you’re playing.

This is because both pokémon can be ridden across all types of terrain, transforming slightly depending on whether you’re riding them across land, water, or through the air.

Pokémon Scarlet & Violet – will they have voice acting?

None of the gameplay footage released so far has featured any voice acting, so it’s safe to assume that Pokémon Scarlet & Violet will remain sadly voiceless.

Pokémon Scarlet & Violet – are there any pre-order/early purchase bonuses?

If you pre-order the game via the Pokémon Center website, you’ll receive a code for a unique backpack that your character can wear in-game.

Anyone who purchases the game can also receive a unique Pikachu that knows the move Fly (something it can’t normally do) and has a flying Tera type.

You’ll be able to download it via the Mystery Gift feature. However, the offer is only available until February 28, 2023.

Pokémon Scarlet & Violet – when do they launch?

Pokémon Scarlet & Violet will launch for the Nintendo Switch on November 18.