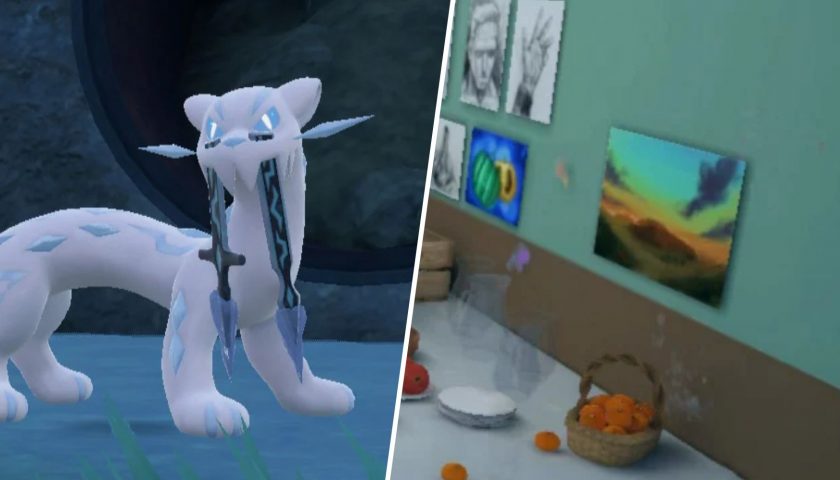 Throughout the Pokemon series, Game Freak has been known to add a little hint to the setting of the next generation of Pokemon. One of the least subtle was a tiki statue that players could find in Pokemon X & Y that was described as an item from a far away region, hinting at Hawaii and the eventual release of Pokemon Sun & Moon.

Many fans also believe that some wallpaper depicting grapes and oranges in the Hotel Ionia in Pokemon Sword & Shield was a subtle nod to Spain and the release of Scarlet & Violet. It's these litte teases that have made the Pokemon community come together to try and work out what country the generation will be inspired by over on the Pokemon subreddit, and there are plenty of answers with all sorts of wild theories.

The first, and most popular, theory is that Gen 10 will take place in Australia. If you head on over to the art classrom in Uva Academy, you should see an image of what appears to be a rock with a sunset in the background. It's a little more detailed than any other painting in the room and, as u/Victini1martini points out, it bears a resemblance to a famous Australian landmark called Ayer's Rock, also known as Uluru.

Another popular theory is that Gen 10 could also be inspired by China, as explained by u/pizzaman121. There are several Pokemon in Scarlet & Violet that are clearly inspired by the country, most notably the Ruinous Quartet, a group of legendaries made up of four Pokemon called Chi Yu, Ting Lu, Wo Chien, and Chien Pao. However, a lot of people think China's history with Japan makes it a long shot.

Those are two of the more concrete theories – time to dive into one less likely scenario. For example, u/Transhumaniste brings up Scarlet & Violet's Electric-Type Gym leader and her greeting of "Hello, hola, ciao, and bonjour" as a potential hint. Regions have already been inspired by England, Spain, and France, making Italy the odd one out. It's a bit of a stretch, but I like the train of thought.