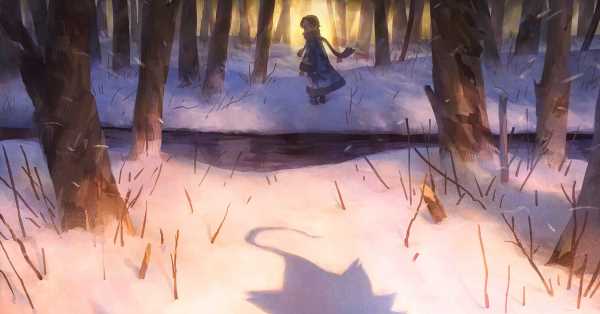 A new online anime based on the Hisui region, the location of Pokémon Legends: Arceus, was announced at the Pokémon Presents on Feb. 27. The series will feature an original story and is expected to be released in 2022.

The Pokémon Company teased the series with a piece of artwork. In it, we see a trainer walking through a snowy forrest while they look back at the shadow of a Hisuian Zorua looming over them. The Hisui region, like many regions, has some special variants of popular Pokémon, including Hisuian Zorua.

The announcement described the series as an “online series,” so it’s possible it will be a short-series published on the official Pokémon YouTube channels. In 2021, the Pokémon Company released Pokémon Evolutions, which was an eight-episode series that explored different Pokémon regions. In 2019, the company released a miniseries based on the Pokémon: Twilight Wings, and before that there was also a web series that presented a more mature side of the Pokémon world called Pokémon Generations.