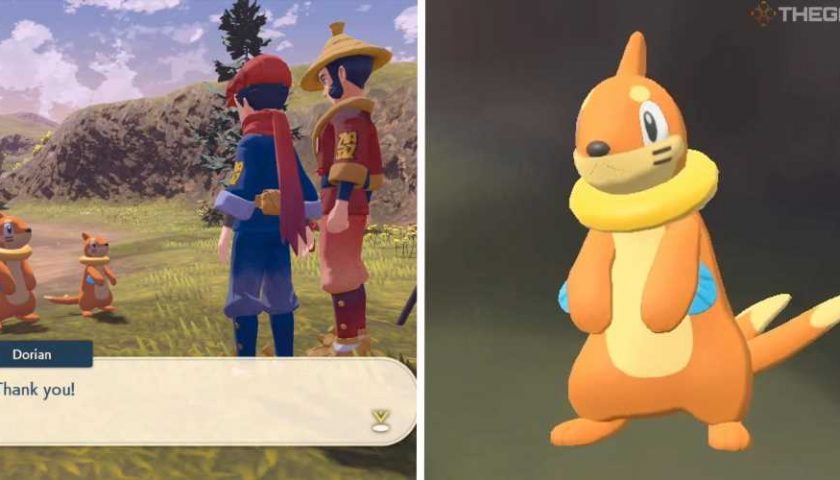 Big Buizel, Little Buizel is one of the first requests that you will encounter in Pokemon Legends: Arceus. For this quest, you will need to bring Dorian a big Buizel, but this isn't as simple as it sounds. In this guide, we are going to go over how to fully complete this request.

This request is also referred to as Request 4 in the game. Additionally, the request is pretty easily unlocked, so let's first take a look at what you need to do before starting Big Buizel, Little Buizel. 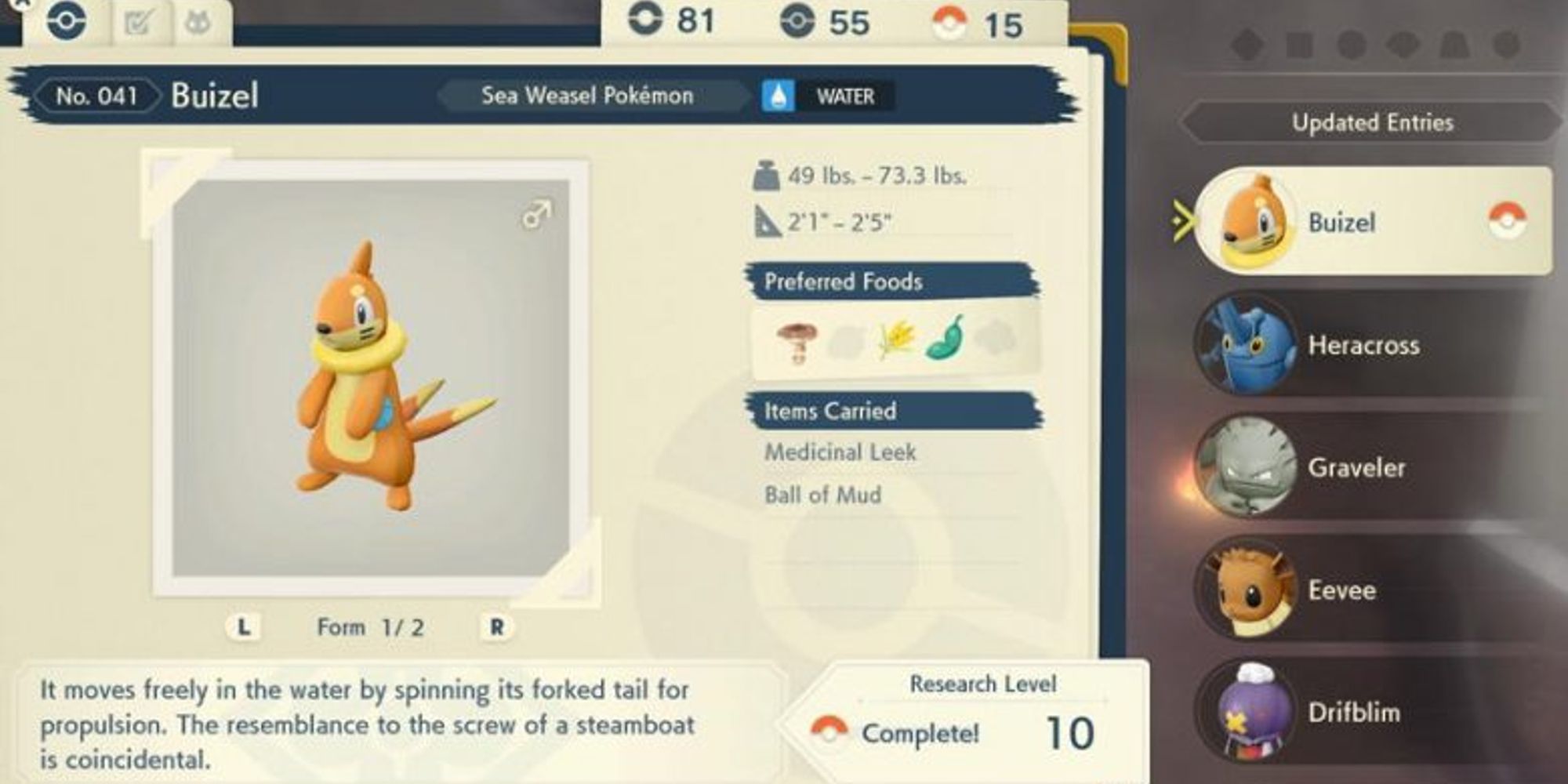 There are just two things you need to do before you can start Big Buizel, Little Buizel. First, you need to encounter a Buizel. This Pokemon can be found in the following locations.

The easiest place to find a Buizel is at Horseshoe Plains within the Obsidian Fieldlands. This area can be found right after you enter into the map; there will be several Buizel here. You do not need to capture one, just have an encounter.

After finding a Buizel, you will need to speak with Lian. This happens as you progress through the story, so you do not have to go out of your way to speak with him. 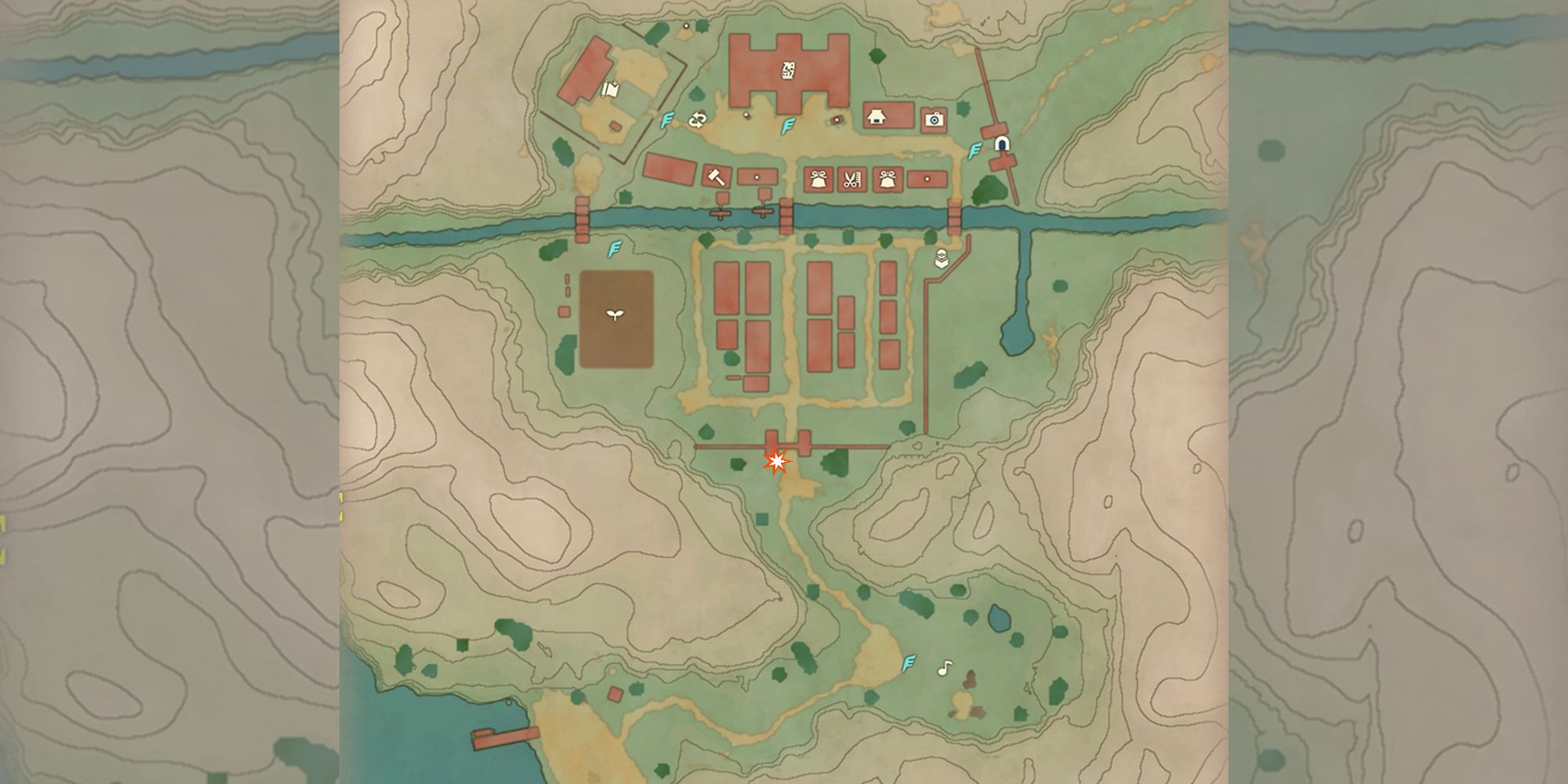 After speaking with Lian and encountering a Buizel, you are ready to start!

First, you will need to head to the southern gate of Jubilife Village, leading towards the beach area. At the gate, you can find Dorian, who is a member of the Security Corps.

Upon speaking with Dorian, he will ask that you bring him a Buizel that is 2'8" tall.

Be sure to check the Pokedex entry for Buizel. On this page, you can see the size range of Buizels that you have encountered. If the range extends to 2'8", that means you have already seen a big Buizel, and may have already captured it. If this is the case, you can just grab this Pokemon and give it to Dorian. 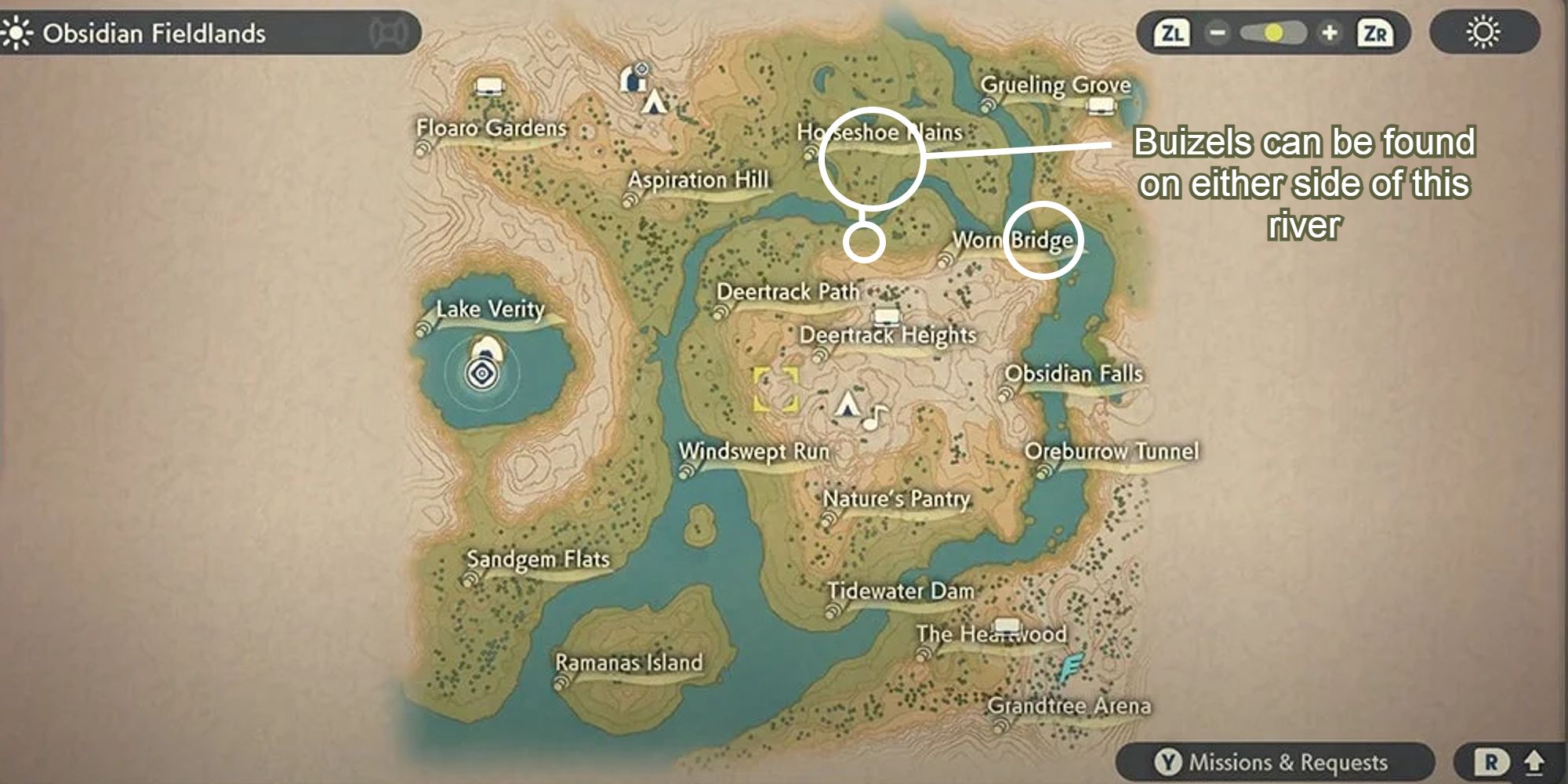 Finding a big Buizel can be difficult, due to the randomness of their size. The best method to finding a Buizel that is big enough is to catch as many as you can.

We recommend traveling between the three areas on the map above, catching any Buizels that you find. 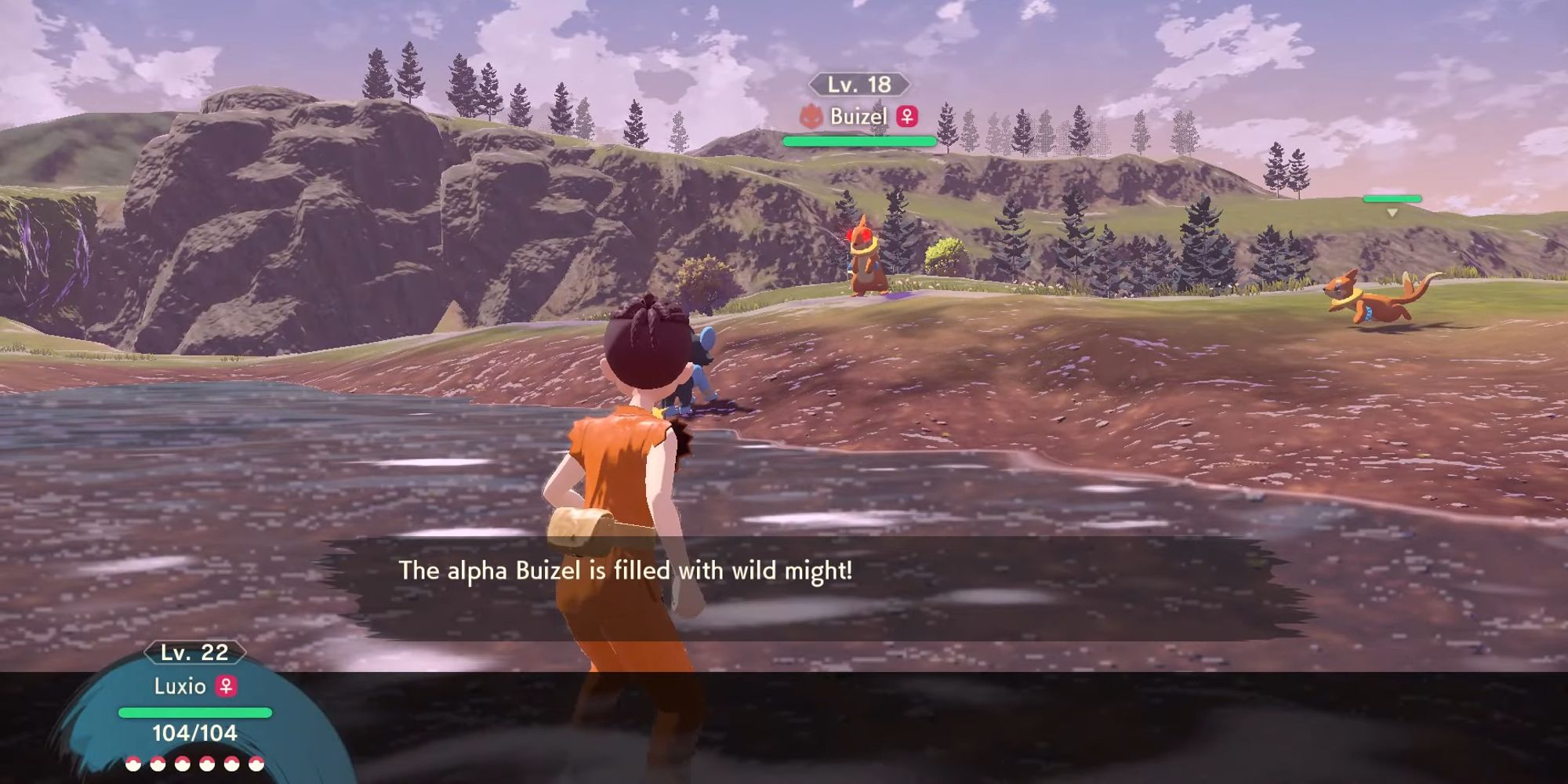 There is a rare chance that an Alpha Buizel will spawn; these Pokemon are larger than their non-Alpha counterparts, so be sure to catch any Alpha Buizel that may appear. Alpha Buizels may appear on either side of the river in Horseshoe Plains; you will be able to tell if the Buizel is Alpha by its glowing red eyes.

Remember, Alpha Pokemon are stronger, so we recommend trying to catch them by throwing Pokeballs if your Pokemon are not at a high enough level.

Additionally, you can wait until the Alpha Buizel is sleeping or distracted by something else.

Overall, the best way to catch a big Buizel is to just continue catching them. Bring a stack of Pokeballs and plant yourself in the grass to stealthily capture this Sea Weasel Pokemon. 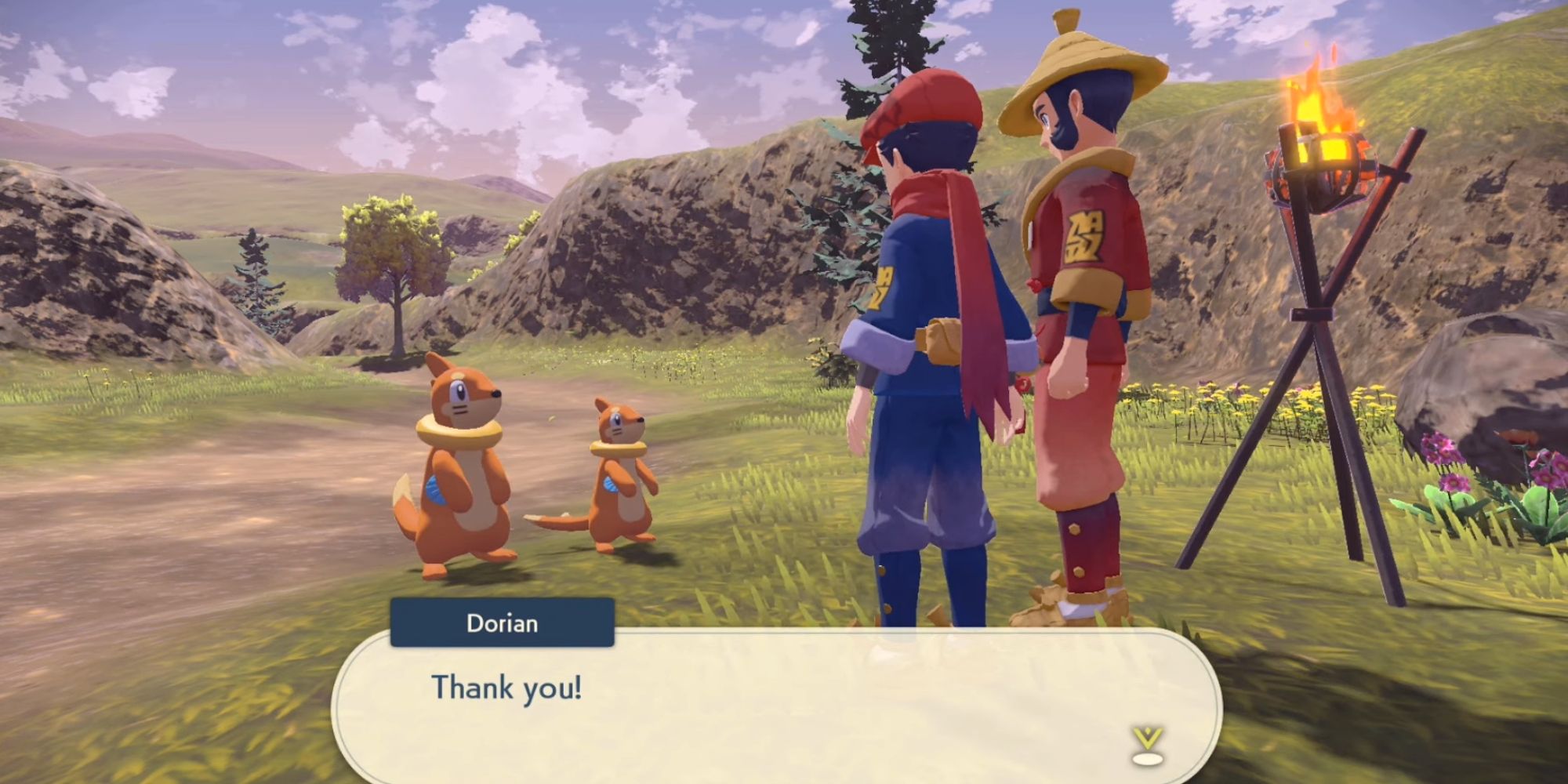 Once you have captured a big Buizel, return back to Dorian in Jubilife Village. After showing him an appropriately sized Buizel, you will receive the following items.

Dorian will take the Buizel, so be prepared to give your Pokemon to him.