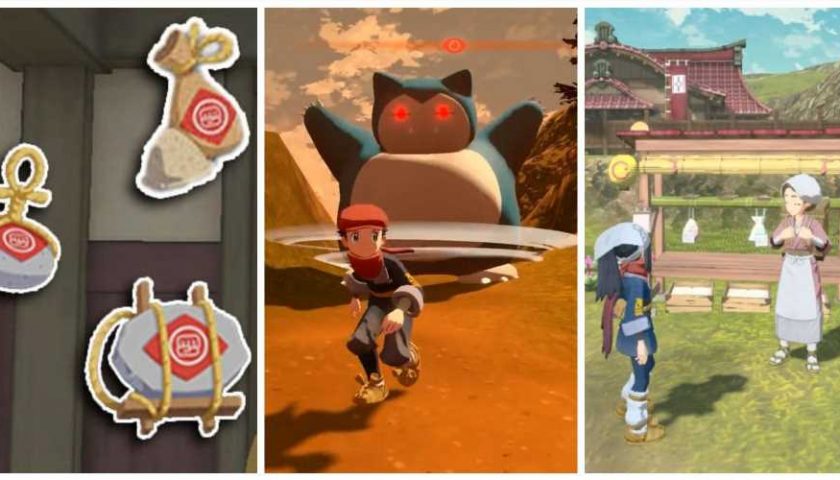 Pokemon's latest title, Legends: Arceus, is a long-overdue change to the typical Game Freak formula. On top of sprawling lands filled with real-time catching mechanics allowing players to capture to their heart's content comes the items that assist them in doing so.

Some items are very familiar, while others are new entries into the Pokemon series. Whether it be catching Pokemon, strengthening their training, or simply crafting, knowing your way around your very own Survey Core satchel could prove all the difference in Pokemon Legends: Arceus.

A Pokemon's stats and effort values have always been a staple of the series. In Legends: Arceus, you can raise a Pokemon's effort levels by utilizing grit items. You'll see the usual suspects in terms of stats to increase; HP, Attack, Defense, Special Attack, Special Defense, and Speed.

To improve these stat levels to the max of 10, you need to acquire grit dust, gravel, pebble, and rock. Players can come across these items by defeating high-level Pokemon, releasing them from pastures, or as rewards from completing requests.

Stun items such as mud balls or sticky globs could help if you find yourself struggling to catch a specific Pokemon. Some 'Mons in the world have a sort of shield hovering around them. These Pokemon demand that you use a stunning item to remove the shield and engage in battle.

While the hovering shields are more of a rarity, the concept of stunning Pokemon persists throughout. Whether you're trying to nail them with a Jet Ball or start a battle, stun items are classified as an item that creates an opening for you to act.

Pokemon has been home to berries for a very long time. However, this time around, they cannot be held. Don't fret, berries can still heal HP and status effects during and after battles through the items tab.

On top of its battling uses, berries are a common material used in crafting, something you'll be doing quite a lot of in Pokemon Legends: Arceus. Lastly, berries can be used similarly to a stun item when catching Pokemon. Throwing a berry near one could grab their attention and turn their back to you. A decent recipe for success is chucking your ultra ball at a distracted Pokemon with its back turned, otherwise known as a back-strike.

In Pokemon Legends: Arceus, catching Pokemon is as interactive as ever, and sneaking up on your quarry could prove difficult. Luckily, Stealth Sprays exist, and they are relatively easy to get. Stealth Sprays are precisely what they sound like; they are essentially smoke bombs and muffle your steps making Pokemon less likely to spot you.

In the world of Pokemon, Poke Balls are a must. On top of the usual suspects such as Great and Ultra Balls, the game features Gigaton Balls and Jet Balls. They appear to be versions of Heavy and Light balls and work as such, but they have other uses here.

The Gigaton ball emphasizes utilizing back strikes, while the Jet ball is used primarily for long-distance throws at flying Pokemon. Ultra Balls are handy, but the Gigaton and Jet balls are masters of their craft and the best at their designed purpose.

Apricorns only have one purpose, but it's a big one. If you want to craft even a single Poke Ball of any kind, you'll need one of these as they're the default ingredient for Poke Ball. You can also buy Poke Balls, but being able to craft them is a big help.

In a game that features so much crafting far beyond even the Poke Balls, saving your hard-earned surveyor money for more important things is the way to go. Apricorns can be found in every region on the map and can easily be farmed.

Satchels are a little different in Legends: Arceus. Collecting these lost Satchels allows the player to acquire a small amount of what the game refers to as Merit Points. These Merit Points can be exchanged for items at Simona's bartering booth in Jubilife Village.

Here's the kicker – the items you can trade for are evolution items, including a new one called the Linking Cord. Utilizing this allows players to evolve Pokemon previously only able to evolve via a trade. Trading Pokemon is still an option, but the Linking Cord is a massive game-changer. 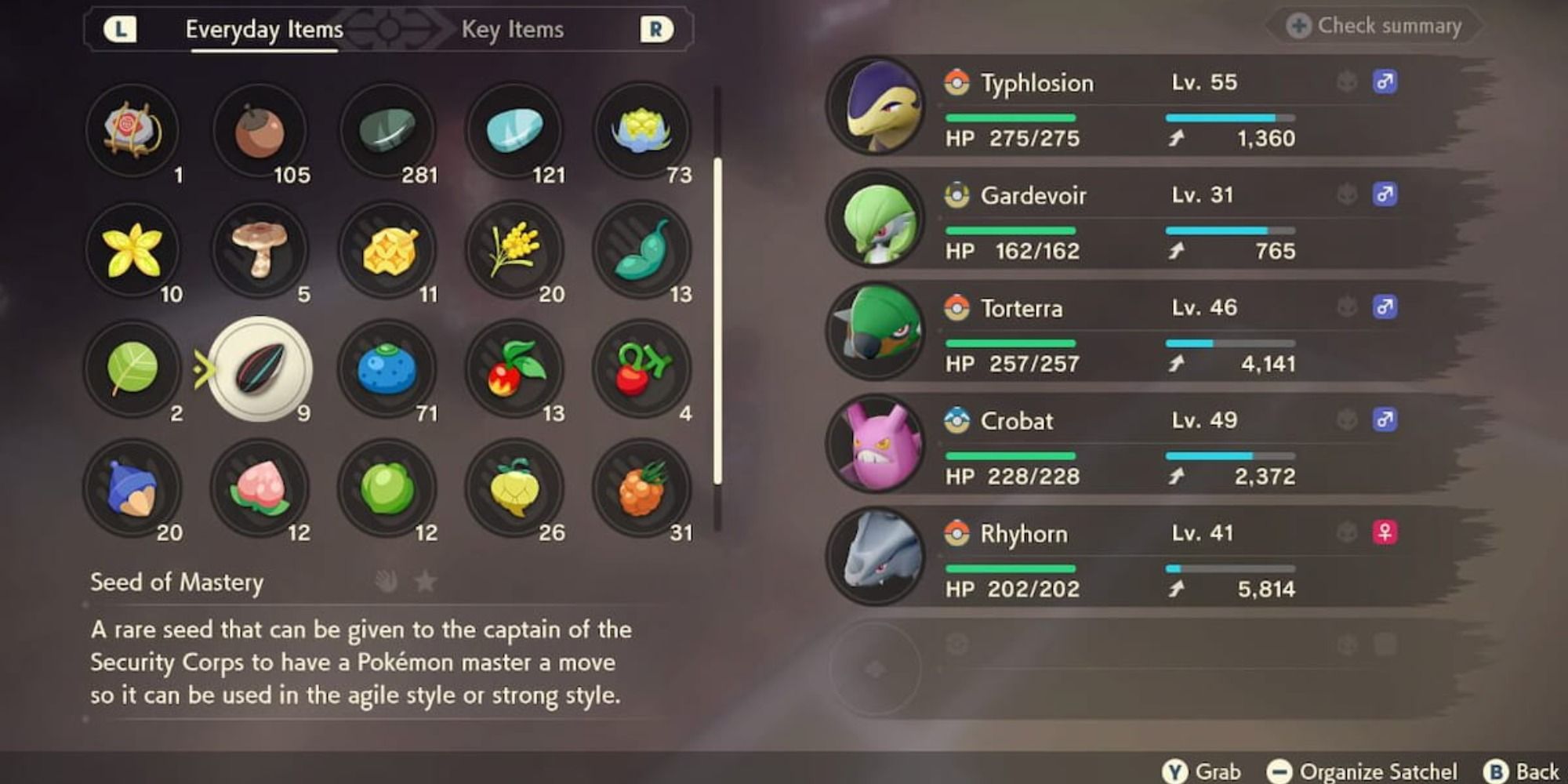 Pokemon Legends: Arceus contains another new aspect; the strong and agile style moves. However, Pokemon can only use them if they have that specific move mastered. Pokemon can master them on their own in battle, but if you want to bypass that, Seeds of Mastery can do just that.

Seeds of Mastery can be acquired by defeating Pokemon or completing specific requests. Once you have some, bringing them to Zisu, the Security Corps Captain in Jubilife Village, will allow you to select the moves you want your Pokemon to master.