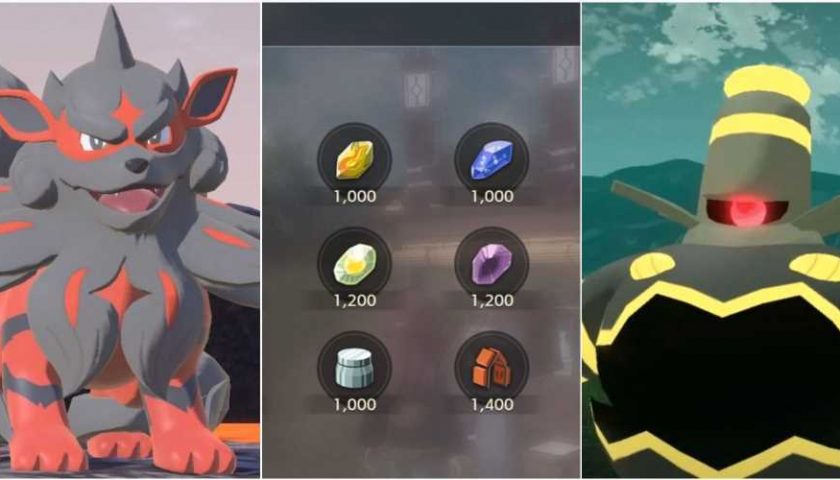 Pokemon Legends: Arceus is an entirely unique Pokemon game that is changing the way gamers play Pokemon. The unique and fun gameplay made this game a massive hit upon its launch. In Pokemon Legends: Arceus, the game strongly encourages you to focus on completing the Pokedex, explore an open world, and most unusual of all: look out for time distortions.

Time distortions are essentially portals into another dimension crossing with the current universe of Pokemon Legends: Arceus. Many of the characters in the game will warn you of the dangerous Pokemon that live in these time distortions, but even if you don’t find the specific Pokemon you’re looking to add to your team, there are other benefits to exploring these. Space time distortions can offer you valuable and rare items that are incredibly useful to collect. 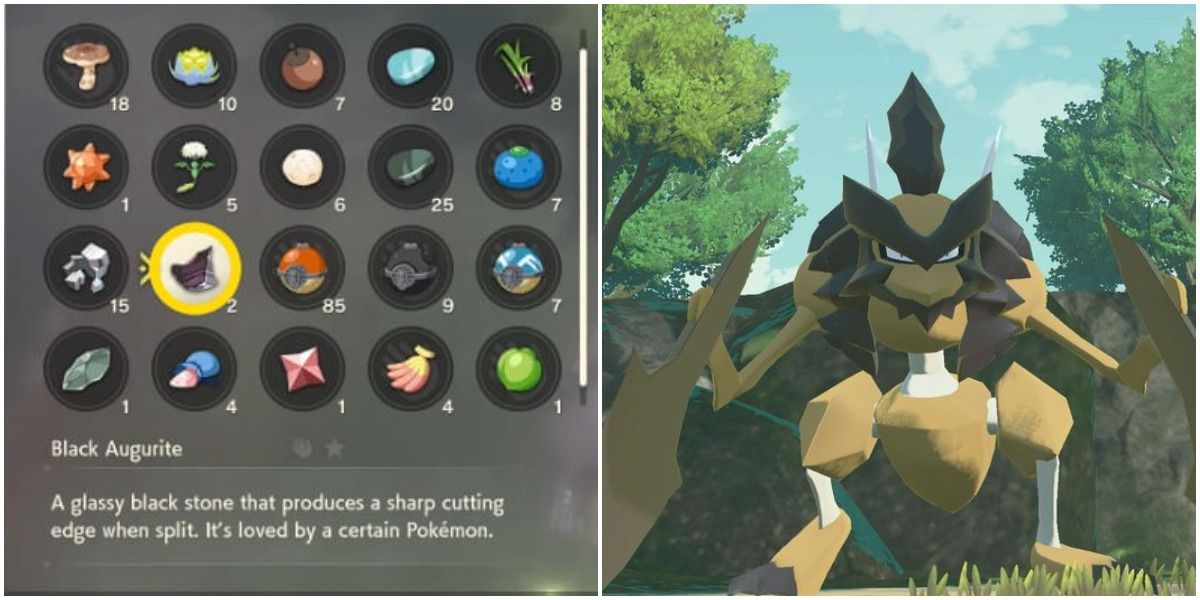 For the past few generations of Pokemon, there have been more region-specific forms of established Pokemon. These Pokemon often reflect the environment they live in, or these new forms give powerful and exciting evolutions to Pokemon that have been underappreciated in the past.

Scyther already could evolve into Scizor, but in the Hisuian region, players can choose to evolve it into its rarer form, Kleavor. Black Augurite is a new item exclusive to Pokemon Legends: Arceus. This item can be dropped by Graveler, but battling them over and over is going to take a long time. Your next best option is to explore a space time distortion to grab some Black Augurite. 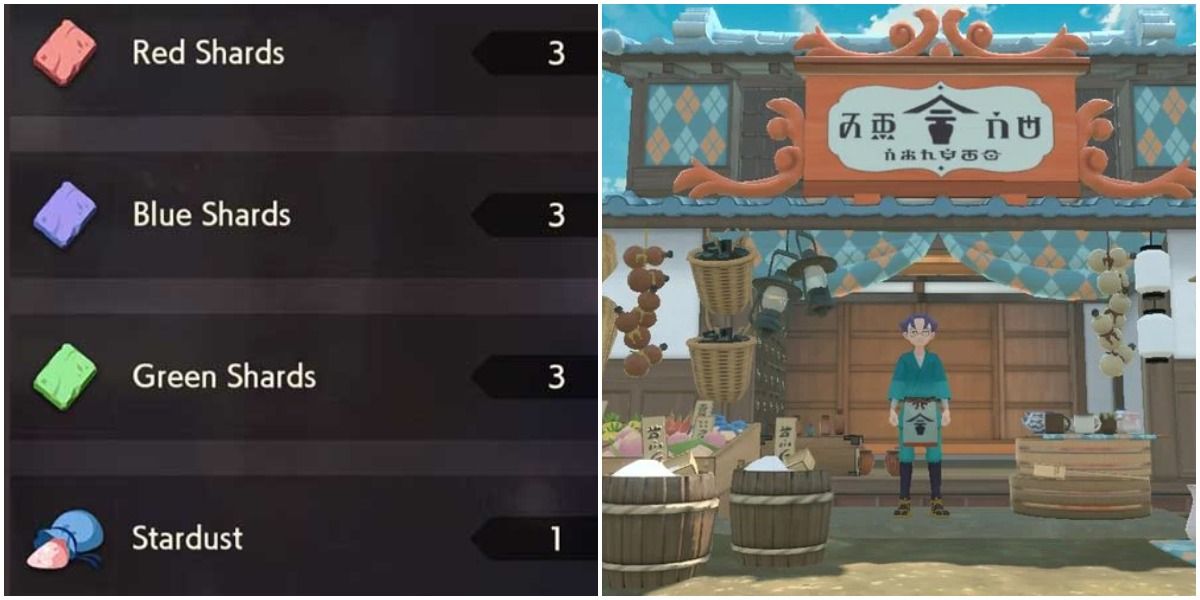 Early in Pokemon Legends: Arceus, you may find yourself struggling with money for a little while. You can get money from Professor Laventon as a reward for finding new Pokemon and filling the Pokedex. As a beginner, this task can be challenging. Any other ways to make money will always help you on your Pokemon journey.

Stardust is a semi-common item in the game with a mid-range sale price of 1,000 dollars. Although it may not be the most expensive item to sell in the game, it has a good enough price tag on it to justify grabbing it whenever you see one. 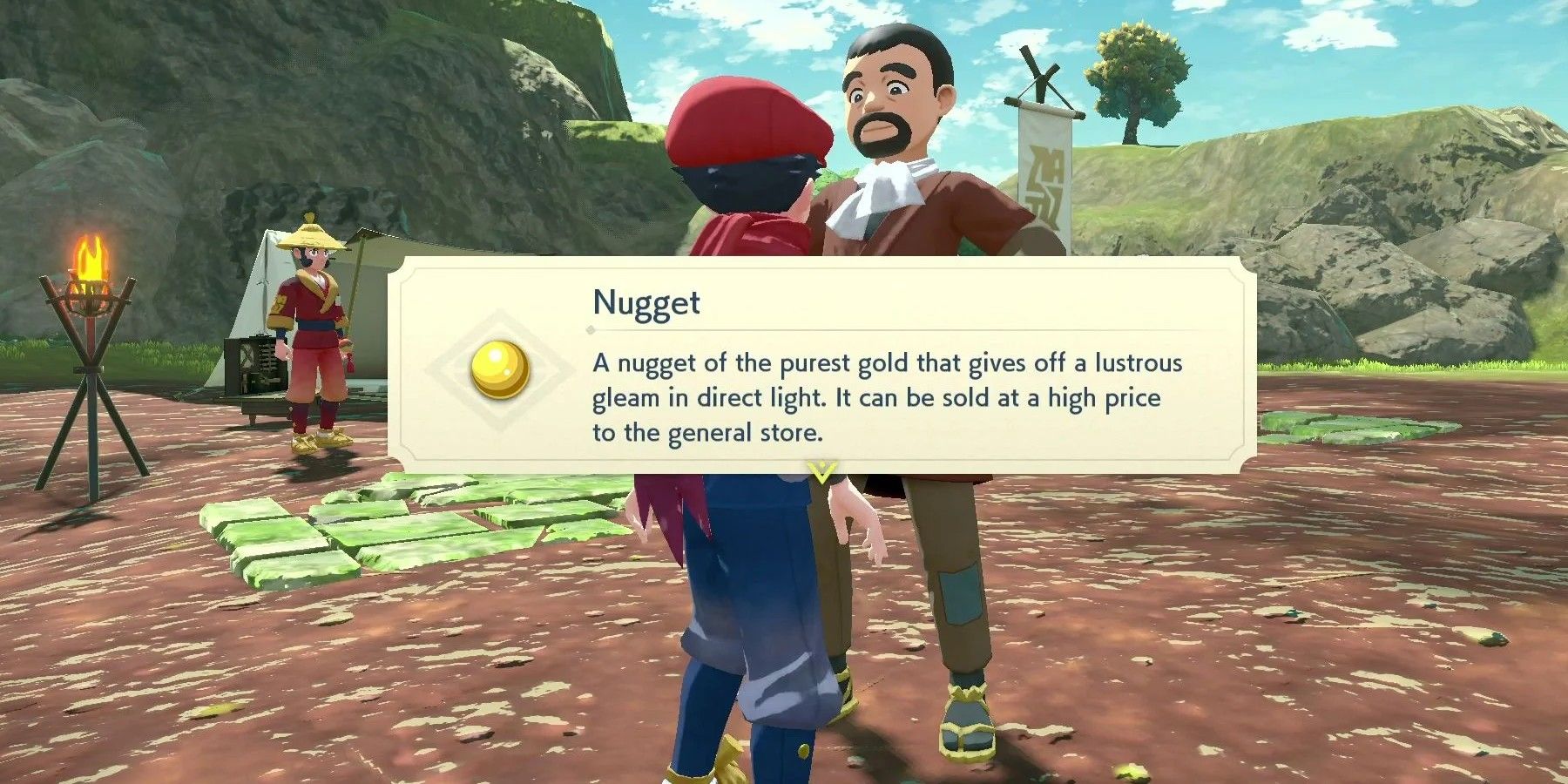 If you’re brave enough to venture into the space time distortions, you deserve a rare and satisfying reward for your work. If you’re lucky, you can find a nugget on the ground for a whopping 10,000 dollar price tag.

10,000 dollars can get you far in Pokemon Legends: Arceus. You can simply purchase some fun clothing if you’d like. Once the general store is upgraded, there will be plenty of incredibly helpful items like Max Revives and Ultra Balls for sale that will aid you in your adventures. 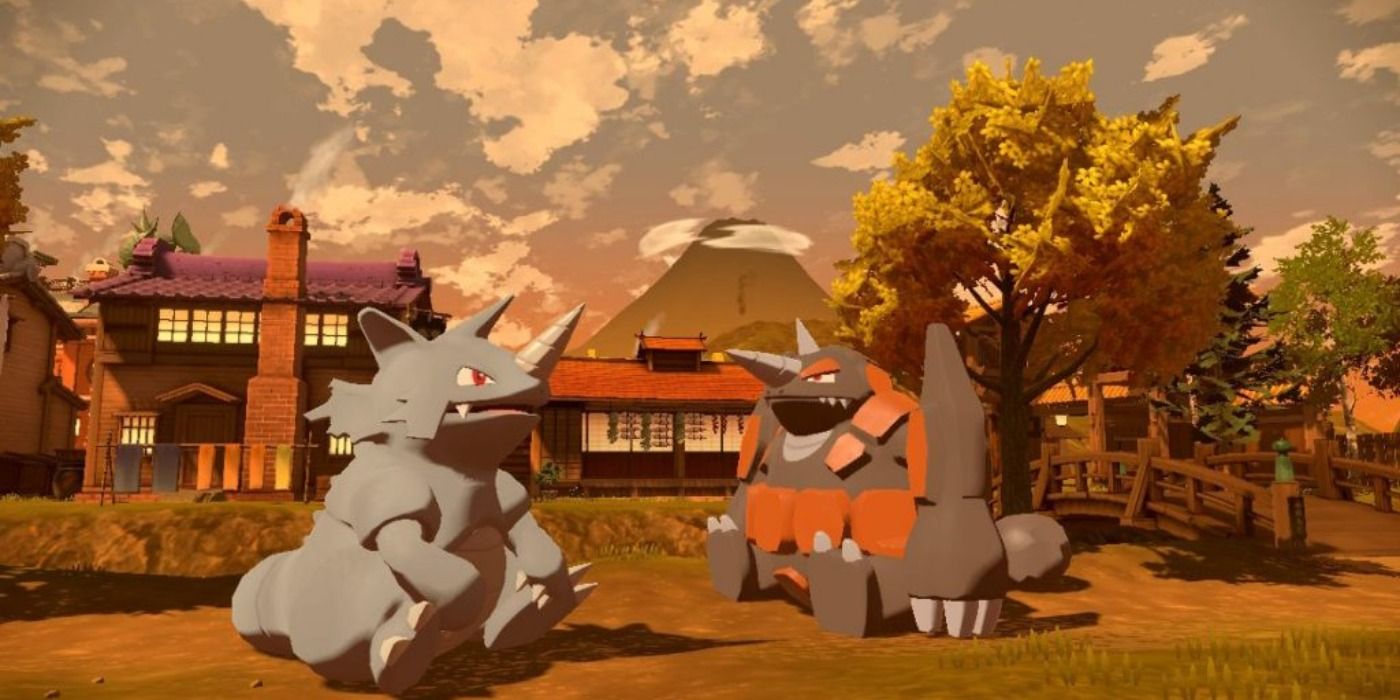 Most Pokemon fans would agree it is a good idea to catch a wide variety of Pokemon types. The bigger your team’s variety, the better a chance you stand against all the different types of Pokemon you encounter. If you want to evolve a Rhydon into a Rhyperior.

Rhyperior is the powerful evolution of the classic rock and ground type Pokemon back from the first generation of Pokemon. It can help you as you journey later in the game to Firespit Island and encounter many fire-type Pokemon. 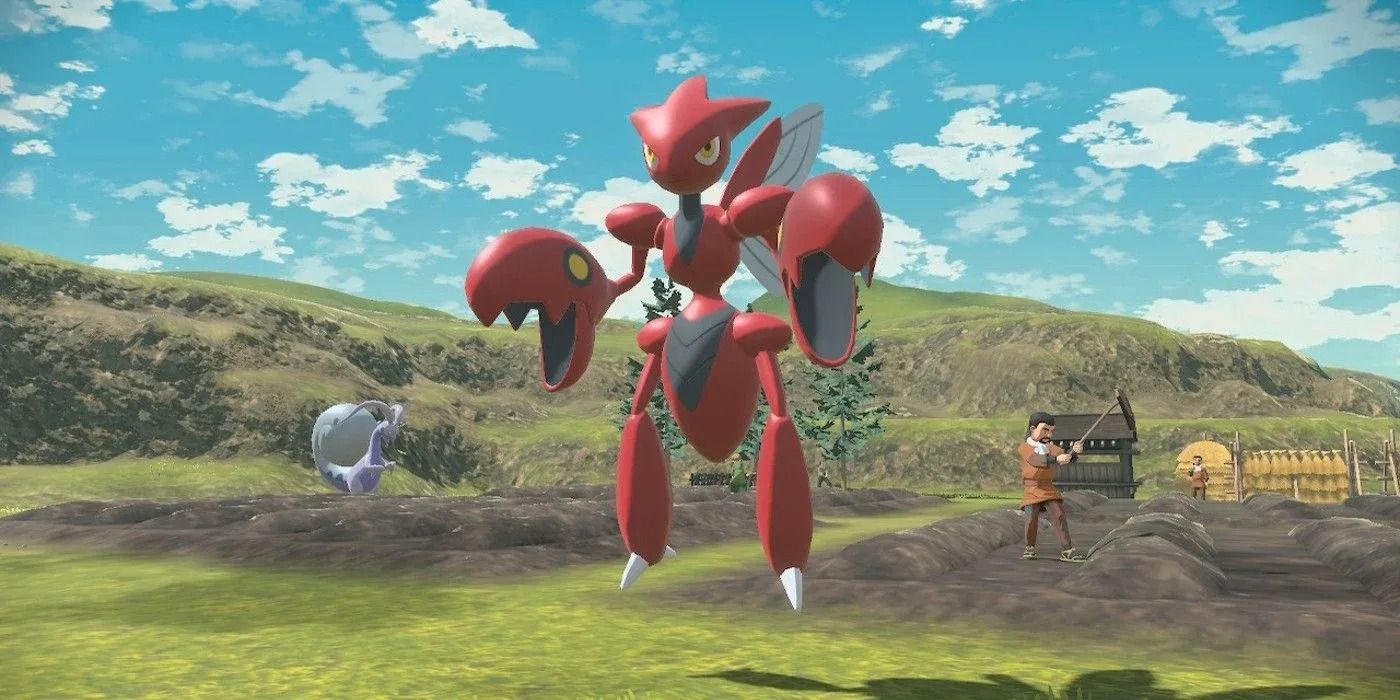 Pokemon Legends: Arceus encourages players to catch or evolve Pokemon into versions available in the Hisuian region, but this doesn’t mean classic Pokemon from past generations are forgotten. Many evolutions give players a choice on which they prefer.

A Metal Coat is used in a few types of Pokemon, but one of the best options is to evolve Scyther to Scizor (unless, of course, you already choose the Hisuian version, Kleavor.) You can even catch an Alpha Scyther and evolve it to an even stronger Scizor. 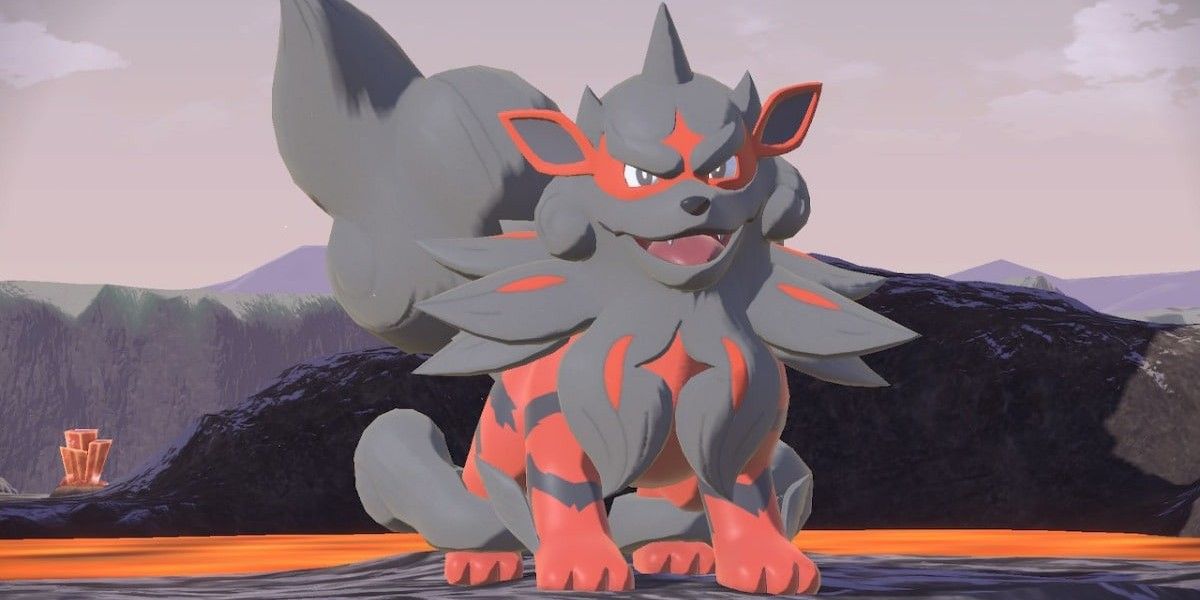 Most Pokemon fans are very familiar with the three Pokemon types grass, water, and fire because every game gives you a selection between one of these three when you choose your first Pokemon. All of the types have their own strengths and weaknesses. If fire-type Pokemon are your favorite, you’ll want to collect Fire Stones in Pokemon: Legends Arceus.

The Fire Stone will help you obtain some great fire-type Pokemon. If you’re a fan of Eevee and all its evolutions, you’ll need a Fire Stone for Flareon. The Hisuian region also has its own exclusive Pokemon, including Hisuian Arcanine. Using the stone on Growlithe will get you a Hisuian Arcanine. 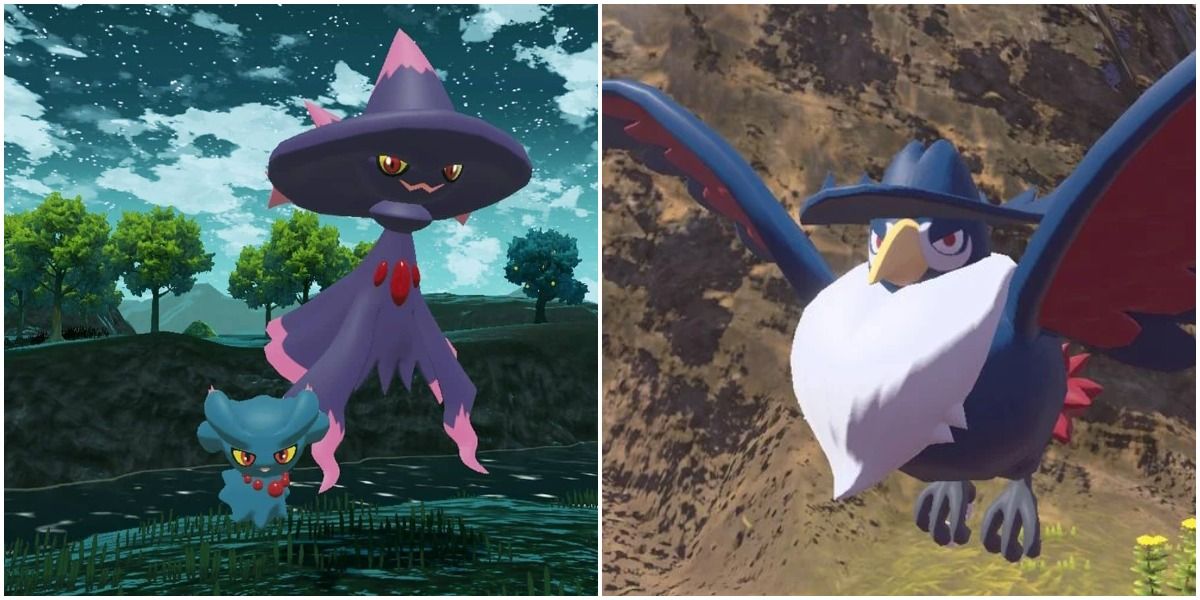 In almost every generation of Pokemon, ghost types remain a popular favorite among fans of the series. Pokemon Legends Arceus gives you the opportunity to catch some very powerful ghost-type Pokemon in the wild, such as an alpha Dusknoir, but some Pokemon you will need to evolve on your own time.

A dusk stone has been an essential item since the fourth generation of Pokemon. In Pokemon Legends Arceus, you will need one to evolve a Misdreavus into Mismagius. If you’re having a difficult time catching the alpha Honchkrow in the wild, a dusk stone can be used on a much easier to catch Murkrow to evolve it into Honchkrow. 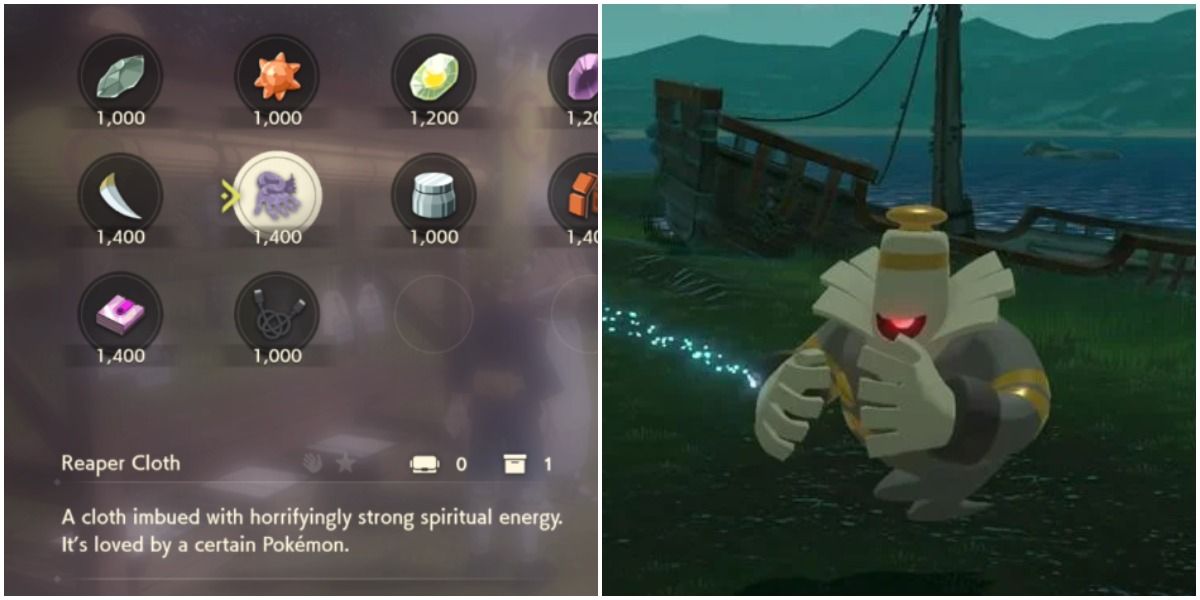 One quest in Pokemon Legends: Arceus already requires you to catch a Dusclops to progress the story further. If you want to evolve it, you will need a rare item called a Reaper Cloth. This makes Dusclops evolve to Dusknoir. Otherwise, you can try your best to catch an alpha Dusknoir.

Pokemon Legends: Arceus has a huge variety of alpha Pokemon that can build you a nearly unstoppable team. Some of them, such as Dusknoir, are more stubborn than others in the wild. It’s important to take your time leveling up your team before daring to approach these powerful Pokemon. 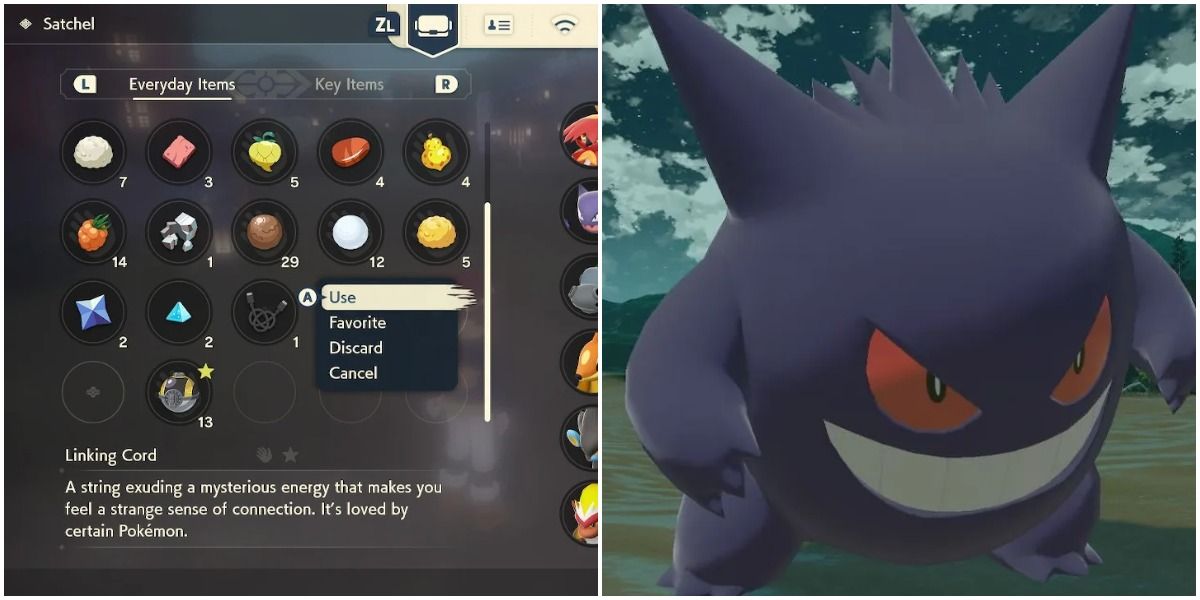 The Linking Cord is not the most expensive item you can buy with Merit Points, however, it is an incredibly useful one. In most games, the best items to collect are those that have multiple uses.

In Pokemon Legends: Arceus, the Linking Cord is used to evolve several types of Pokemon that would usually need to be traded. The best part is all these Pokemon are strong and would be valued members of your team. If you want a Gengar or a Mechamp to battle with, you will need a Linking Cord. 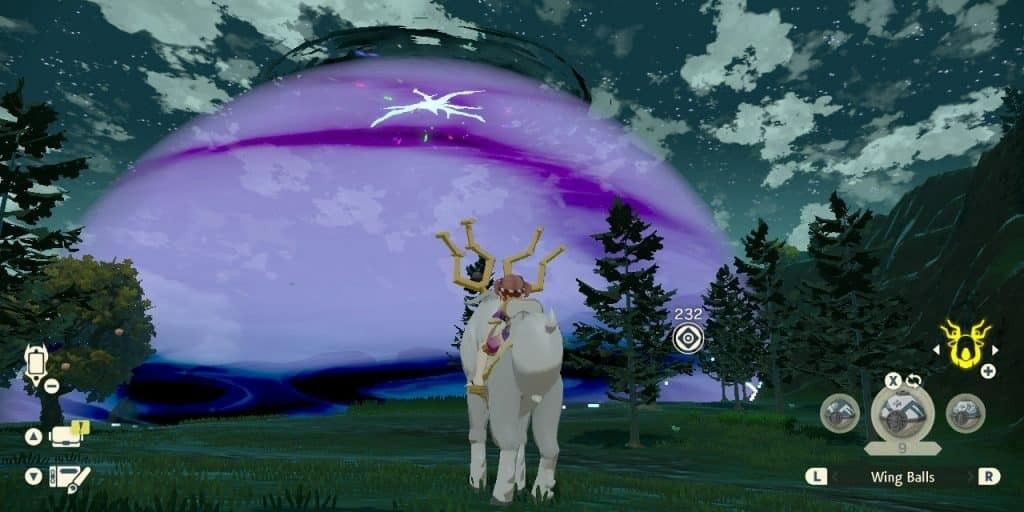 One of the most expensive items in Pokemon Legends: Arceus is a comet shard. This rare item sells for a very high price of 15,000 dollars in the general store. It’s rare enough that the only way to obtain one is to do just a few select quests late in the game or to find it in the space time distortions.

Comet Shards do not have any other value except to be a sale item. However, getting as much money as you can will streamline many tasks in the game like collecting crafting materials or expanding your pockets. You’ll then be able to spend more time simply catching Pokemon and exploring.