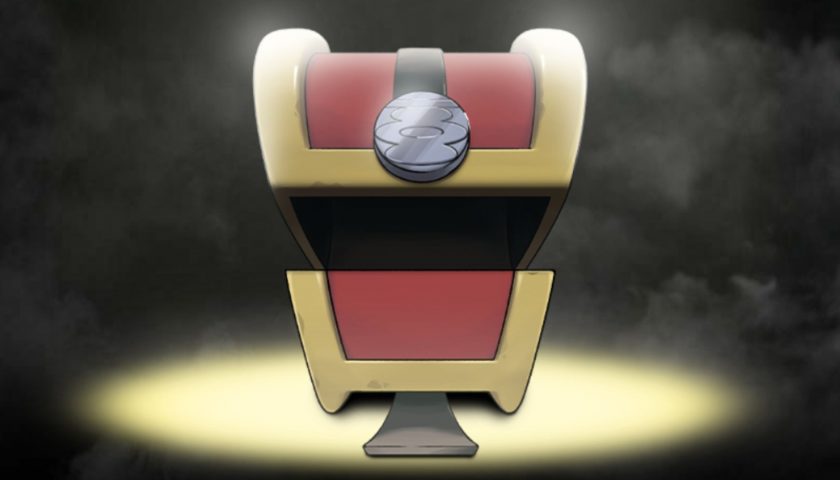 Pokemon has officially started teasing the mysterious Bug Pokemon that was datamined from Pokemon Go yesterday and previously spotted in a trailer for Scarlet & Violet.

Last month, eagle-eyed Pokemon fans spotted an unrevealed 'mon in the overview trailer for Scarlet & Violet, in a scene showing off the selfie function of the camera. Yesterday, that as-of-yet-unnamed Pokemon was spotted within Pokemon Go, giving us our first proper look at it and showing that it's tiny and has some kind of coin attached to its back.

It looks like we're going to find out for ourselves soon enough, though, as Pokemon has now started officially teasing the mysterious 'mon. The little bug has started appearing in Pokemon Go, following players around but currently being unable to catch. Gold Poke Stops have also started appearing in-game and they drop gold coins that seem to be the same ones shown on the Pokemon's back.

Pokemon Go players are speculating that players will have to collect these gold coins in order to unlock the Pokemon, something that's been backed up thanks to another tease from the Pokemon Twitter account. The account shared a link to a website named "??????" that shows a strange chest with numbers above and below it.

It appears that the purpose of the chest is to be filled up with gold coins, as dataminers have already looked into the site's files to find images of the chest open and full of the same coins that are being found in Pokemon Go. It appears that collecting the coins in Pokemon Go will make them appear on the website and after a certain number is reached, the new Pokemon will likely be revealed, similarly to how Meltan was revealed before the release of Sword & Shield.

Although the chest is currently locked and the numbers haven't started moving yet, the tweet sharing a link to the site seems to confirm that the campaign will start at 6am PT. It's not yet clear how many