Niantic has selected Abra to be the star of 2020’s March Community Day. Here’s how to best encounter a shiny version of the Pokémon and everything else you need to know.

Niantic has announced which Pokémon will be the star of this month’s Community Day: Abra. Unlike February’s Community Day where Niantic allowed Pokémon GO players to pick their own Pokémon and selected Rhyhorn, the developer returned to making the pick itself this month. That doesn’t mean the voting method is gone for good, though.

As for the selection of Abra, chances are there won’t be many trainers complaining about Niantic’s pick for March. Especially when the list of bonuses and features are reeled off. Not only will Abra’s spawn rate greatly increase for the event, but trainers will receive triple the XP for catching any Pokémon during the event, and lure modules will last three hours instead of 30 minutes. 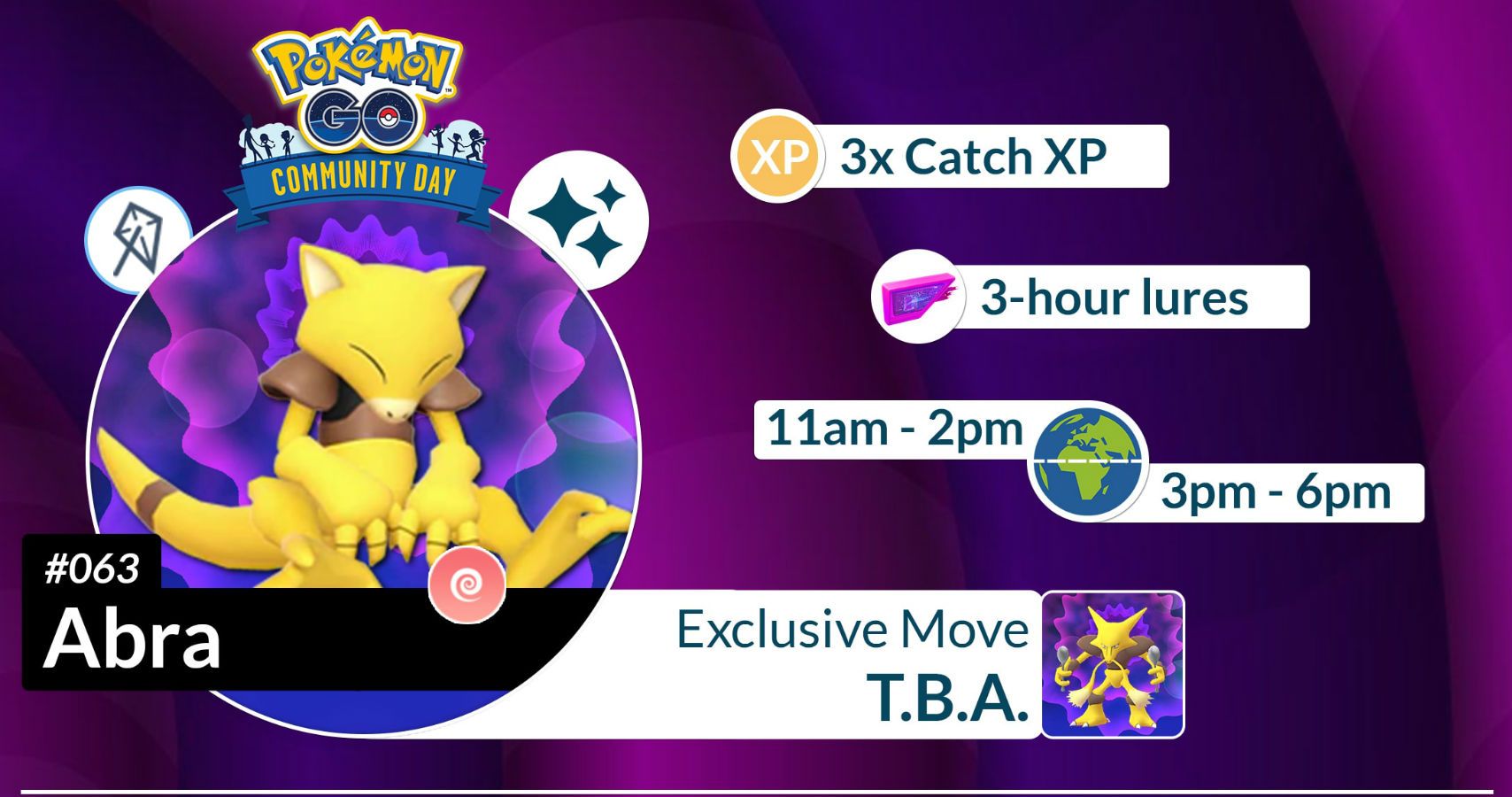 As always, the Pokémon at the center of attention on Community Day will have its shiny version debut in-game for the first time. That means not only will trainers have the chance to catch a lot more Abra, but its shiny variation might show itself for the first time too. There’s no real secret or knack to finding and catching a shiny Abra. Just be sure to play as much as you can during the event and make the most of that extended module time.

As well as all of the above, Abra evolved into Alakazam during the event will learn an exclusive move. Niantic is yet to reveal what that move will be, but even trainers who don’t manage to grind quite enough candy to get the job done will have up to two hours after the event has ended to evolve their Abra and still have their resulting Alakazam know the exclusive move. It’s also worth noting that Abra is one of the Pokémon that can trade evolve. That means players can trade Abras or Kadabras and evolve the traded ‘mon to Alakazam at no Candy cost.