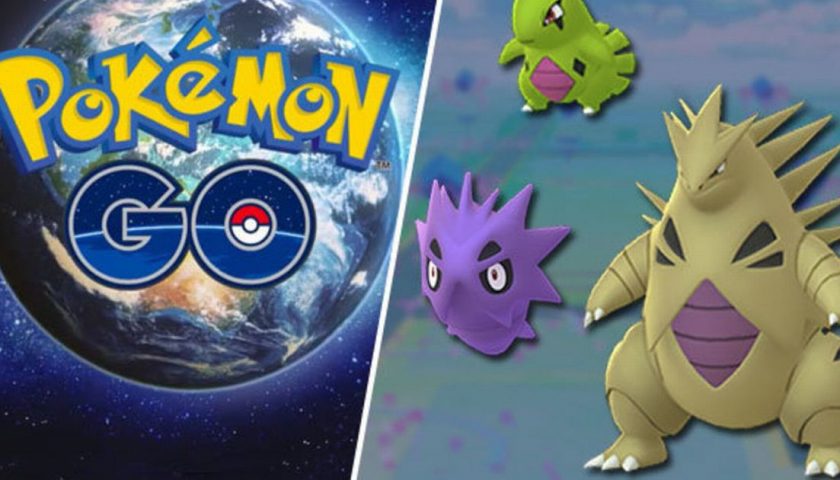 Pokemon GO's September update just went live and although it means that trainers can no longer catch Raikou, the update has brought with it a series of brand new Field Research Quests.

Complete enough of these to earn yourself a Research Breakthrough and a crack at catching the Legendary Pokemon Entei.

However, these Research Quests also offer players the chance to catch some very rare Pokemon, including a new variation for Pokemon GO's Spinda.

But whilst these new Pokemon are taking the spotlight, players are also searching for Shiny versions of some of Pokemon's most classic mascots – which can actually be quite hard to come by.

Keep reading for the most up to date information on how you can go about catching a Shiny Larvitar with the end-goal of netting yourself a Shiny Tyranitar.

Plus, further down the page you'll also find all of the new September Field Research Tasks.

One of Pokemon GO's best attackers is Tyranitar: the Dark/Rock Pokemon hits super hard and has good coverage against Legendary Raid bosses (including Mewtwo) that can often prove to be a real pain in the game.

So attaining a shiny Larvitar – the base form of the giant – is pretty much the dream for most Trainers. It's one of the games ultimate status symbols, whilst also being rock hard in gyms!

You may see a fair few Shiny Larvitar or Tyranitar belonging to other players already in the game; that's because there was a Larvitar Community Day back in June 2018.

Depending on whether you have any really generous friends you can try and trade with a trainer that owns one of these to save yourself the hassle of finding one yourself.

Otherwise, read on for all the info on how you can catch a Shiny Larvitar in the game right now.

At the time of writing, there are quite a few different ways to encounter a Larvitar in Pokemon GO. And that means the chances of encountering a Shiny Larvitar is also increased.

To try and make things easy we've broken this down into the four main ways you might normally encounter a shiny Pokemon.

Egg Hatches: Larvitar is currently hatching from 10KM eggs at the moment. So, there's a chance of hatching a shiny. Even if your odds are pretty stacked against you.

Raid Battles: At the time of writing, Larvitar cannot be encountered in Raid battles. So that rules that option out. That said, this may change in the weeks ahead.

In the Wild: Whilst rare, you can encounter the Pokemon in the wild, but Silph Road research suggests there's about a 1/450 chance of encountering a shiny. To boost your chances, head over to the Silph Road Global Nest Atlas to find your nearest Larvitar nest.

However, it's also probably one of the hardest Field Research tasks available – Make 3 Excellent Throws in a row – Best of luck if you think you can do that…