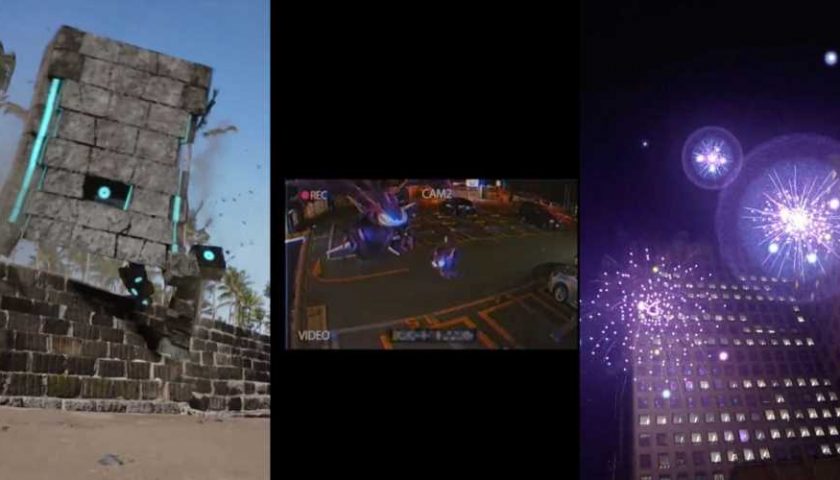 It’s a news day for Pokemon Go players, especially those looking to nab some Ultra Beasts. To celebrate the end of the mobile game’s Season of Light, Niantic is holding Global Ultra Beast raids offering different Beasts to battle and catch. However, while that event is under way future events are already being teased. It looks like some other Ultra Pokemon are already making their way to the game.

According to Pokemon news site Serebii, Pokemon Go has teased the arrival of more Ultra Beasts “coming soon” to the mobile app. These beasts include Poipole, Naganadel, Blacephalon, and Stakataka and can be seen in a series of brief videos released by Pokemon Go Japan. These videos are in the form of “found footage” and show people enjoying different activities in different locations. Suddenly, Ultra Beasts like Stakataka and Poipole appear.

One of the videos does feature a Pokemon that is not considered an Ultra Beast. Near the end of one video, the glowing eyes and teeth of Necrozma is shown. This Pokemon is technically not an Ultra Beast but is closely connected to them. Poipole is also an unusual choice for an Ultra Beast event. This is the only Ultra Pokemon with an evolution, Naganadel.

While no further information is available on when these Ultra Beasts will arrive in the game, the brief videos do end with the same phrase: “Ultra Beast, not the end”. Perhaps Niantic plans to recategorize these incoming Pokemon as something more than Ultra Beast. Maybe the game’s next event will completely reshape what we know about Ultra Beasts and these Ultra Wormholes. Or this is just to get folks like me intrigued by the mystery.

Until some official news is released, we will just have to satisfy ourselves with the current Ultra Beast event taking place.