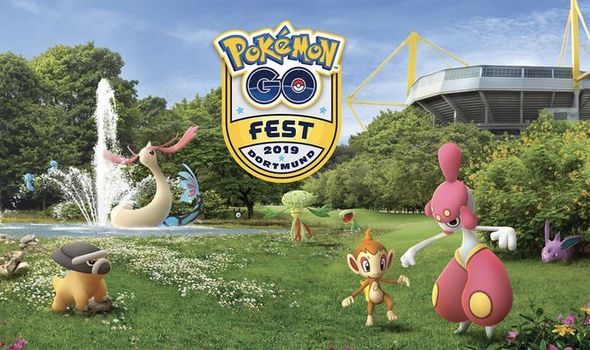 Pokemon Go fans are flocking to Germany this weekend, as the latest PoGo Fest takes place in Dortmund.

Attendees will be given the chance to meet fellow players, complete special research quests and unlock fresh rewards.

Fortunately, however, you don’t need to shell out for a ticket and expensive airfare to reap some of the rewards.

Pokemon Go developer Niantic is giving fans across the world the chance to capture some of the Pocket Monsters from the event for a limited time.

In a tweet to fans, Niantic said that these event Pokemon have already started to appear worldwide.

This includes a Shiny Nidoran, which has started appearing with greater frequency since the event began.

“In celebration of #PokemonGOFest2019, Nidoran will begin appearing more frequently globally on July 4 at 10 a.m. CEST,” reads a second tweet. “If you’re lucky, you might even encounter a Shiny Nidoran.”

And it’s not just special event Pokemon that are available to capture this weekend.

As part of the Pokemon Go Fest in Dortmund, players across the world are being tasked with performing research quests for new rewards.

If the teams are successful, the bonuses will be available from July 9 until July 16.

If all of the tasks are successfully completed, then Entei will be available in raids on July 14.

As Niantic points out, players who are extra lucky might encounter a Shiny Entei.