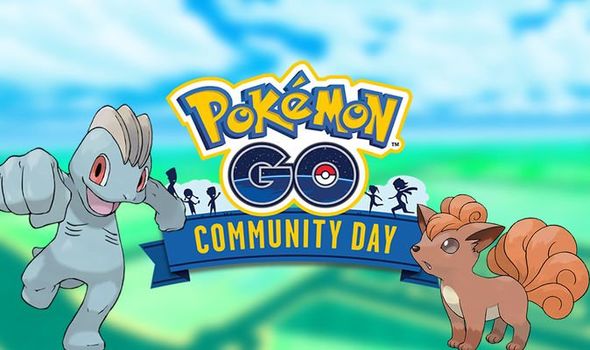 Pokemon Go fans are being given the chance to vote on the February 2020 Community Day contenders.

Niantic has always had the final say on which Pocket Monsters take centre stage during Community Day events… until now.

For the first time since launch, Niantic has given fans the chance to choose the featured Pokemon for Febraury 2020.

The four candidates for the February 2020 Community Day event include Dratini, Rhyhorn, Machop and Vulpix.

Dratini and Machop have both appeared in previous Community Day events, although this time they’ll learn exclusive new moves when evolved into their final forms.

“This powerful Fighting-type attack is a recent addition to Pokemon GO and could be a strategic option for Dragonite. For example, it could help Dragonite against Ice- and Rock-type Pokémon that would normally have an advantage over it.

“Superpower could also help Dragonite deal with Steel-type Pokémon that are weak to Fighting-type attacks.”

“This Dark-type Charged Attack will give Machamp good coverage to deal with Psychic- and Ghost-type Pokémon that might otherwise give it trouble,” Niantic continues.

Vulpix and Rhyhorn are the more appealing options, having yet to appear in a Community Day event.

“Known to be Rhyperior’s signature move, this Rock-type Charged Attack will be a powerful addition to Rhyperior’s repertoire. Shiny Rhyhorn will also become available to encounter for the first time in Pokemon GO.”

Fans will be able to vote for their preferred choice by completing Field Research tasks on February 1.

The winner will be announced on February 3, followed by the big day itself on February 22.

The event takes place between the hours of 11am UK time and 2pm GMT, and features a host of additional bonuses and benefits for fans.

This includes triple catch Stardust for any Pokemon captured during event hours. Lures will also last for the duration of the event.

Pokemon Go Community Day events also provide the best opportunity to catch Shiny variations of Pocket Monsters, but only while the event lasts.