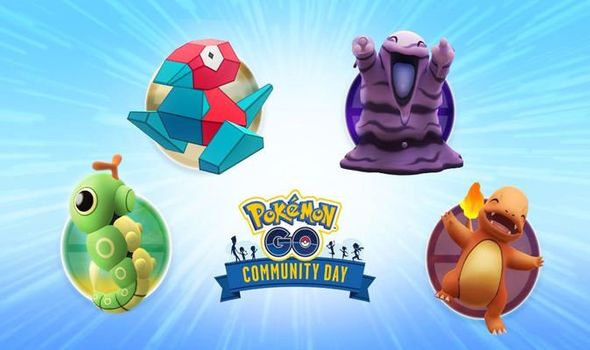 The upcoming Pokemon Go Community Days celebrating September and October 2020 will offer Trainers a unique opportunity. Niantic has confirmed that they will be allowing Trainer to decide which Pocket Monsters will be the stars of next month’s event. We don’t know precisely when the Pokemon Go Community Day Vote will begin, but Niantic has confirmed that they will be sharing more news very soon.

The Pokemon Go dev team have limited which creatures will be featured providing a shortlist of just four candidates.

These include Charmander, Caterpie, Grimer, and Porygon.

The standout addition to the list is Porygon as it would allow Trainers to grab themselves a shiny version of it next month, or during October.

No exclusive moves have been teased for the event, so Trainers will need to wait and see what is announced next by Niantic.

2020 Community Day events have been timed for the middle of the month, so we can probably expect some news on what is coming next very soon.

Until then, gamers can prepare for the launch of the next Ultra Unlock event in Pokemon Go.

Having already celebrated Dragon and Enigma Week, we’re just days away from the launch of Unova Week.

Sewaddle, Cottonee, Emolga, and Bouffalant, originally discovered in the Unova region, will be making their Pokémon Go this week, with Bouffalant available in New York City, USA and the surrounding areas.

The features list for Pokemon Go Ultra Unlock Week 3 can be found below:

Having recently had to change the traditional format of Pokemon Go Fest, new information has been shared on just how popular the revamped event was with fans.

Speaking about Pokemon Go Fest earlier this month, developers Niantic revealed that millions of Trainers had participated, although no direct information was shared regarding how many bought ticket.

Another statement from Niantic adds: “Our live events are a manifestation of our vision. Traditionally, Pokémon GO Fest (“GO Fest”) is celebrated like Niantic’s Super Bowl – the community looks forward to this special event of playing in-person with friends. Since our inaugural event in 2017, more than 2.7 million Trainers from our player community have participated in Pokémon GO Fest events around the world.

“Our goal has always been to create joyful, enriching experiences. To stay true to our core values in a new environment, we took a creative reset to reimagine this signature event as a truly first-of-its-kind virtual gaming experience which resulted in all-time high levels of player activity. Millions of ticketed players from 124 different countries and regions participated.

“As a result of the success of Pokémon GO Fest, we will be increasing our donation two-fold to $10 million USD in support of the Black community and U.S. nonprofit organizations that are helping local communities rebuild. We intend to shine a light on characters, stories, and points of view that validate the lives and experiences of the Black community.”