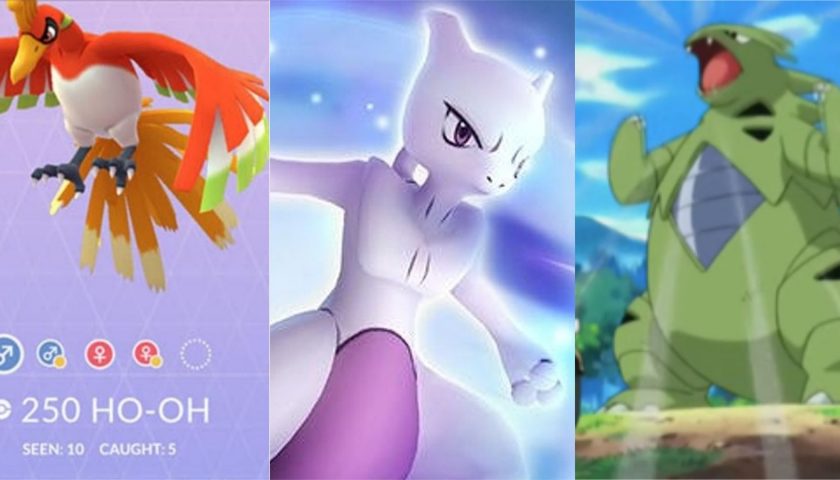 Pokémon in Pokémon GO are challenging to catch. For starters, some Pokémon are only obtainable through Raid Battles, which can sometimes necessitate a group to finish. Also, Pokémon that are region exclusive adds global challenges for Pokémon GO players.

Ash Ketchum didn’t catch Pokémon by staying in the vicinity of his neighborhood. He searched “far and wide,” challenging every Gym Leader who crossed his path. Niantic expects you to do the same to capture the rarest and most powerful Pokémon. To aid you on your journey, here are some tips. This is Pokémon GO: 10 challenging Pokémon to catch.

Updated on January 2nd, 2020 by Josh Davison: Pokémon Go is a constantly-changing game by design. New Pokémon are frequently being introduced, different events are being set up for various Legendary Pokémon, Go Fest and Community Days add new Pokémon in abundance into the ecosystem. All of this is to say that yesterday’s rare Pokémon may be easy to find tomorrow, and what was once hard to catch may be a little less daunting in the near future. With all of this in mind, we have decided to update this list of hard-to-catch Pokémon with another five that gave trainers trouble in the year 2020. 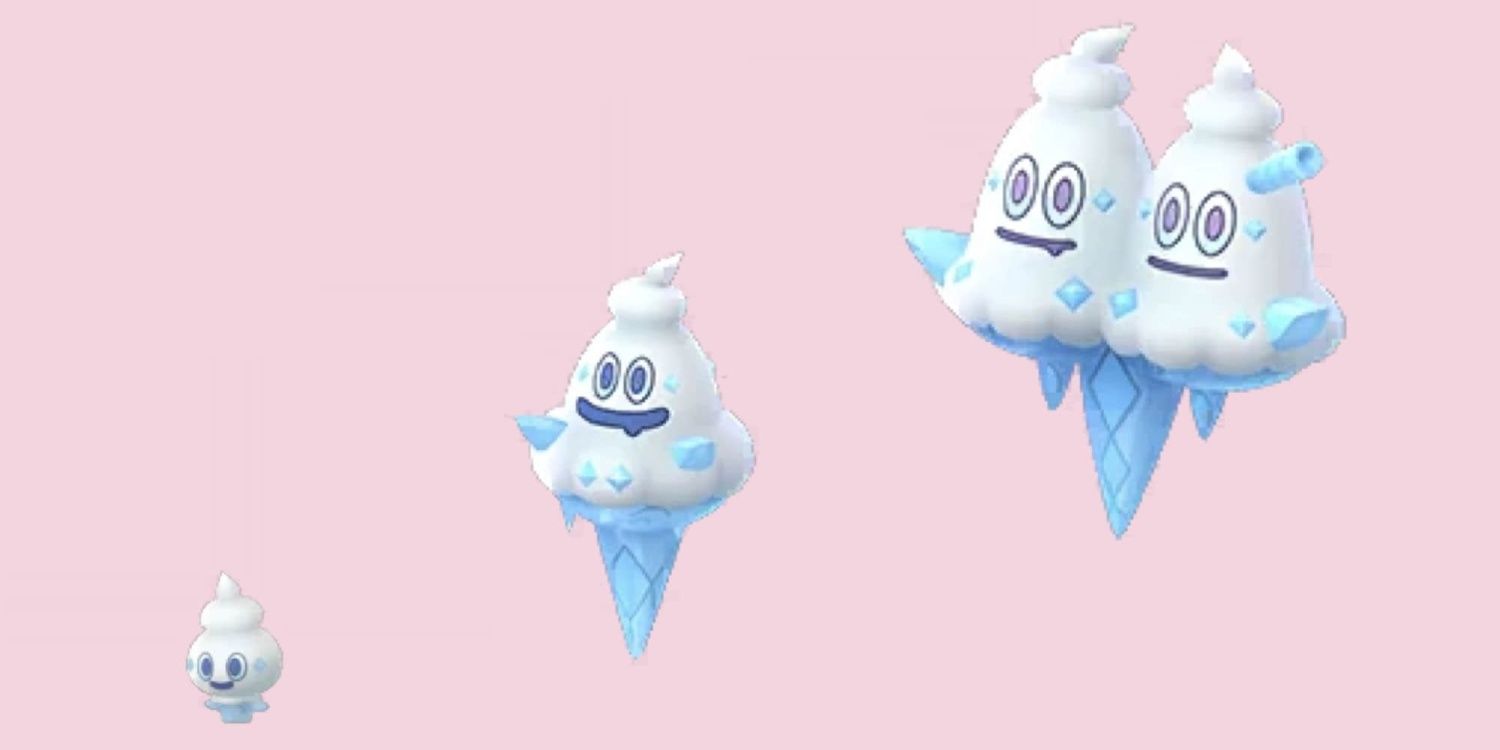 This cute little ice cream-like Pokémon was recently introduced into the game at the time of writing this article update. It’s fairly unassuming in the grand scheme of things, but the catch rate on this fellow is extremely low. It wasn’t hard to find during the Pokémon Go 2020 Holiday Event, but getting Vanillite to actually stay in a Pokéball is another story altogether.

It’s worth reiterating that this is the base form for this evolutionary chain too. It evolves into Vanillish and Vanilluxe. Vanillite proved a weirdly difficult catch to close out this year in Pokémon Go. 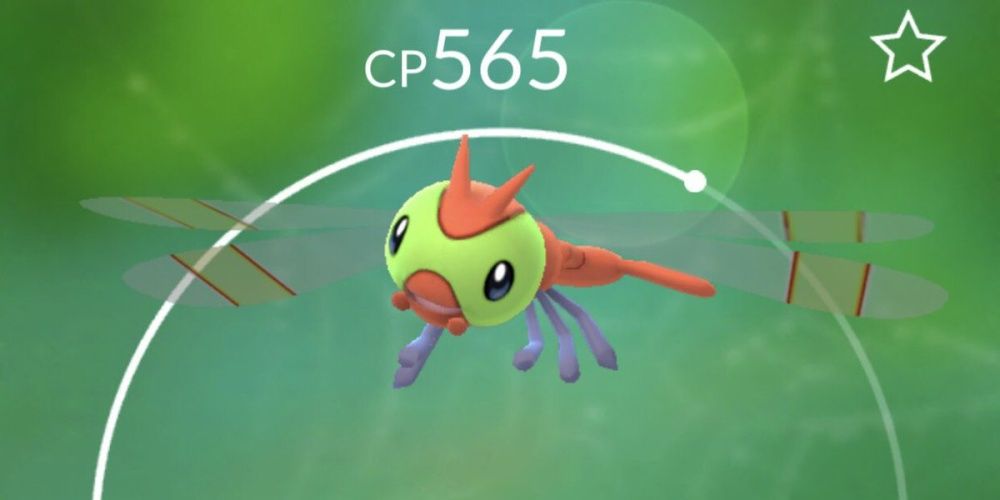 Yanma has a fairly low catch rate on average as well. It isn’t all that rare, but the real difficulty with this dragonfly Pokémon has little to do with its catch rate or rarity. It’s the fact that it zips around the screen nonstop.

Yanma is a very fast Pokémon known for its Speed Boost ability in the core Pokémon games. This translates to the creature rarely staying in one spot on the screen and dodging your Pokéballs with ease. A Nanab Berry is highly recommended whenever you corner one of these bad boys. 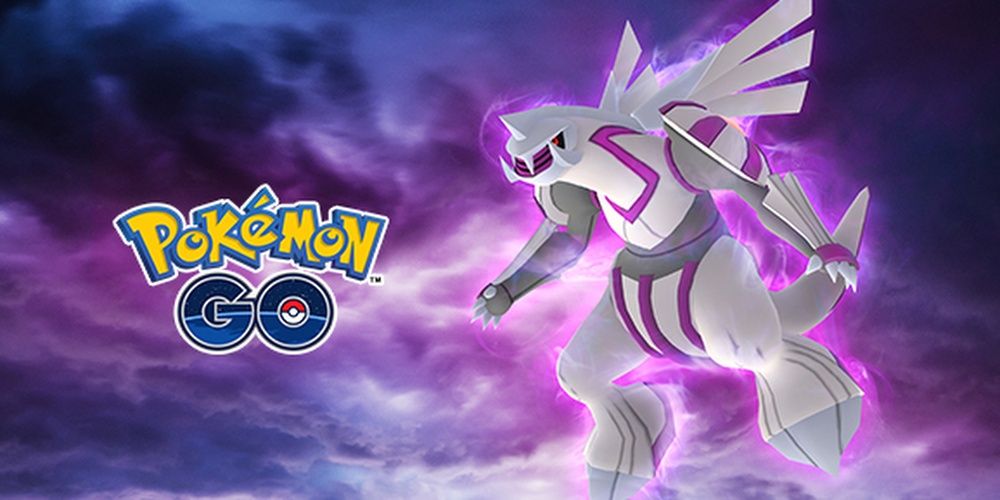 Palkia is a Legendary Pokémon that showed up in Raid Battles in the past year. It is the Pokémon avatar of space, and its counterpart was Dialga. Palkia is no slouch in the Raid arena, and its Water and Dragon typing leaves only Dragon-type moves as a weakness for Palkia.

Of course, that’s only the first half of the struggle. The second is actually catching Palkia, and it doesn’t make the catch easy. It already has an extremely low catch rate since it’s a Legendary Pokémon. Palkia proves especially ornery in the catch, with attacks that are hard to read and time a Pokéball to.

Lugia returned to Raids this past year as well, and it proved itself another stubborn beast to tame. It tanks hits like crazy to the point where you’re not likely to bring it down with anything less than seven trainers.

Being another Legendary Pokémon, it has a very low catch rate if you even win the Raid battle. However, its attacks are relatively easy to read, so timing a Premier Ball isn’t all that hard. 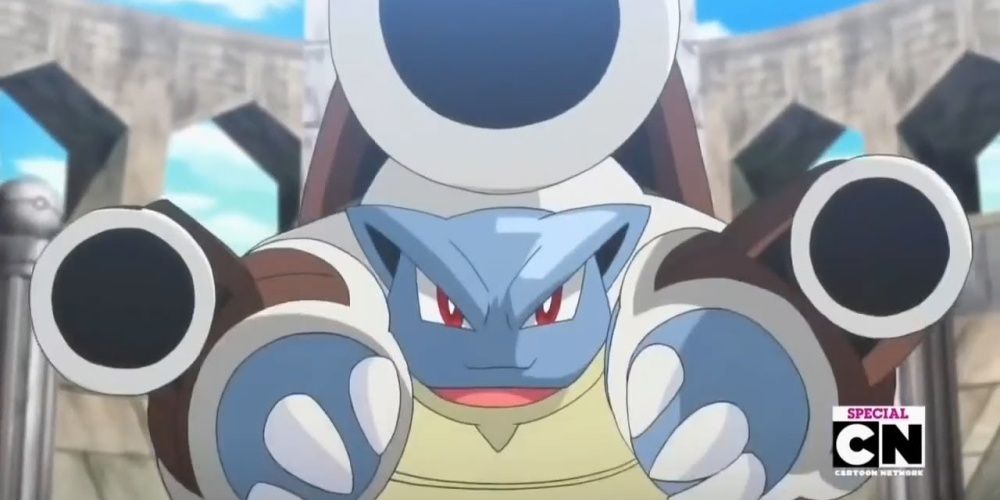 Mega Evolutions were introduced into Pokémon Go this year. The actual implementation of it proved a point of contention for many players, but it was still an overall welcome update. Mega Charizard X and Y, Blastoise, Venusaur, and Beedrill kicked off the introduction of Mega Evolutions, with Pidgeot, Houndoom, Abomasnow, and Gengar following soon behind.

Of those, Blastoise proved the most challenging to catch. It’s a single type, so it only has a maximum of double damage from its weaknesses. Worse yet, Blastoise already tanks hits, so Mega Blastoise only tanks them harder. If you manage to bring down Mega Blastoise, you will only have a regular Blastoise with an amount of Mega Blastoise candy waiting for you, and that amount of candy won’t be enough to Mega Evolve your Blastoise on its own. 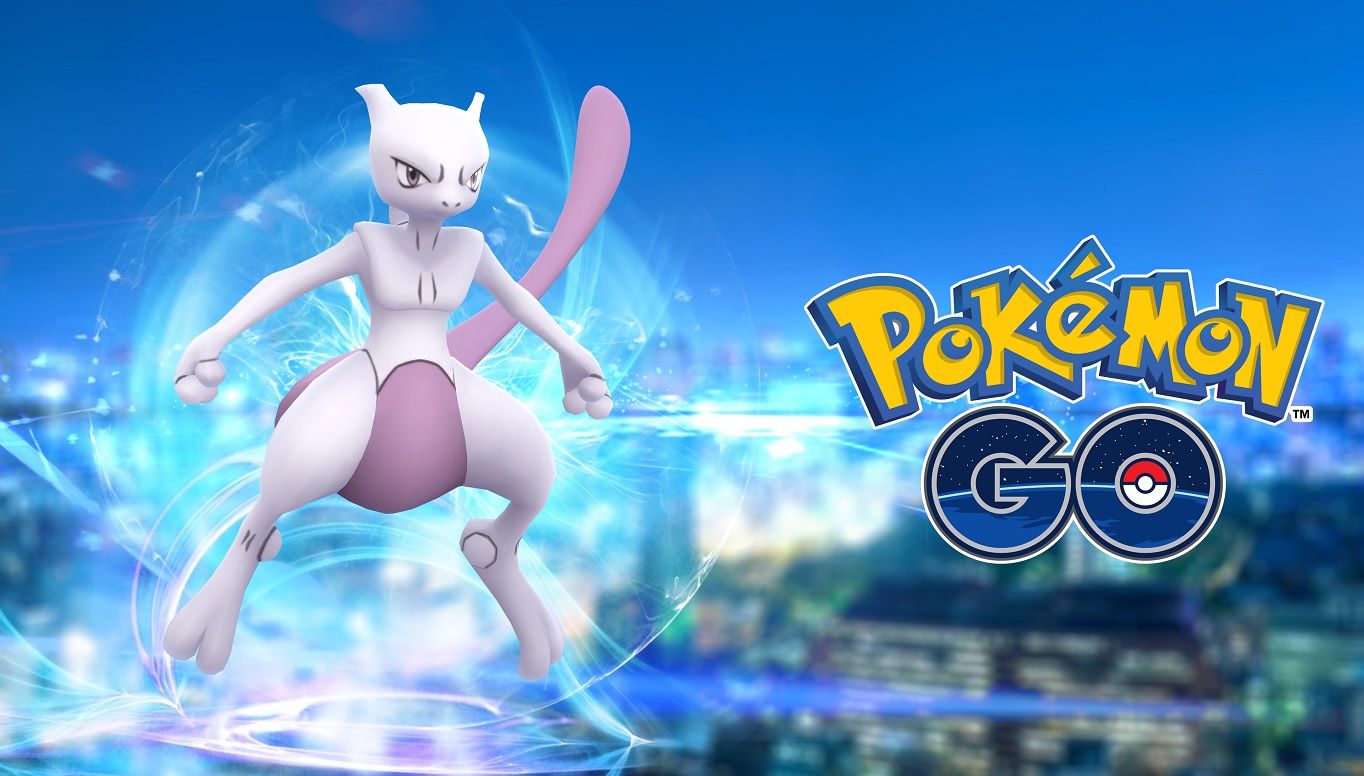 A super-intelligent Pokémon with human-like features happens to be one of the most powerful in the game. Trainers hoping to catch a Mewtwo will be embarking on one of the most grueling tasks in Pokémon GO. You’ll have to defeat Mewtwo and use the premier balls you receive from the battle to catch Mewtwo. Bringing friends to the fight will grant you extra premier balls. Although Mewtwo was only obtainable through raid battles, it is now possible to catch Mewtwo outside of EX Raids—if you can find one. Nobody said catching ’em all was going to be easy. Go, trainer, go! 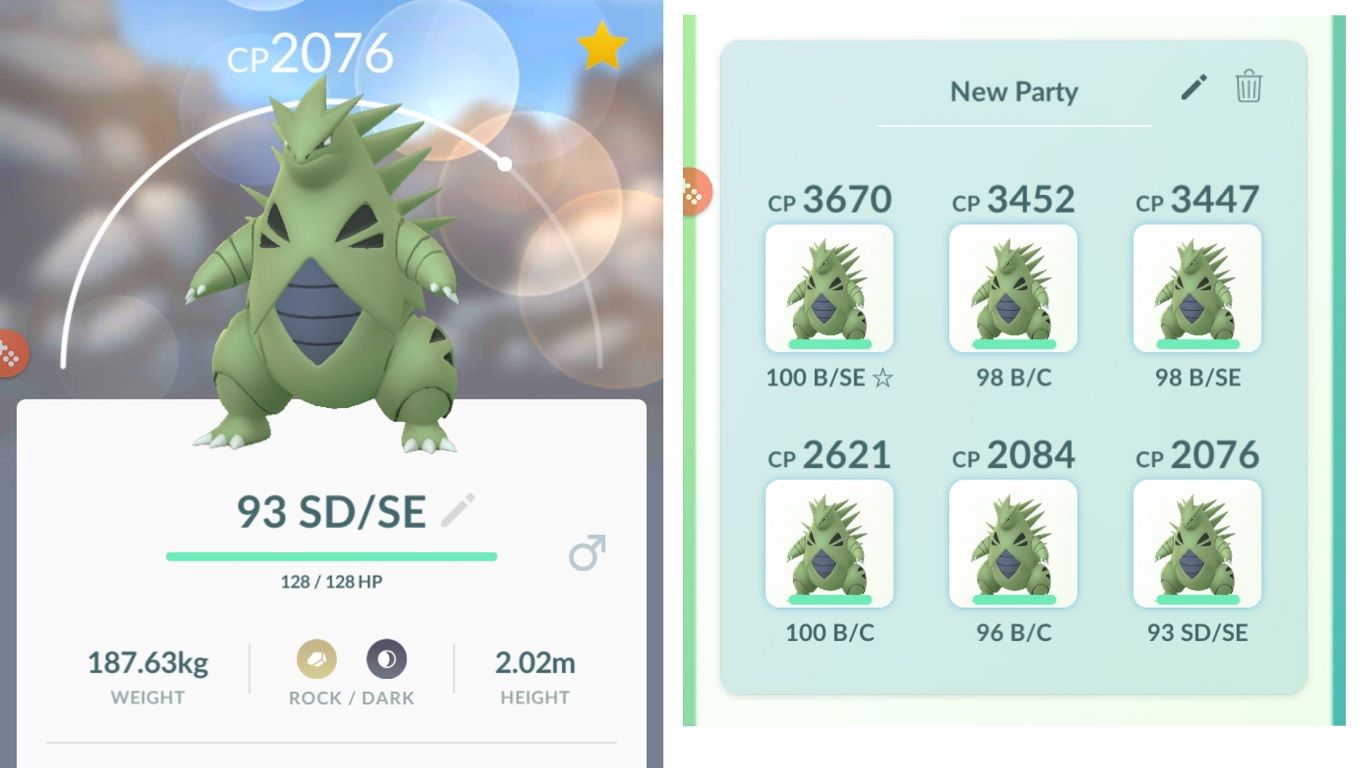 Catching a Tyranitar is not easy since this Pokémon often has over 2,000 CP. You’ll want to have Premier or Ultra Balls to capture this formidable Pokémon. A Great Ball could work, but it will give you less of a chance. It’s recommended to use a Golden Razz and to curve your throw for maximum effectiveness.

Niantic purposely made Tyranitar one of the most challenging Pokémon to catch because of how powerful it is in the game. Tyranitar is a raid boss that has above average difficulty, but in rare cases, it can be found and caught in the wild. 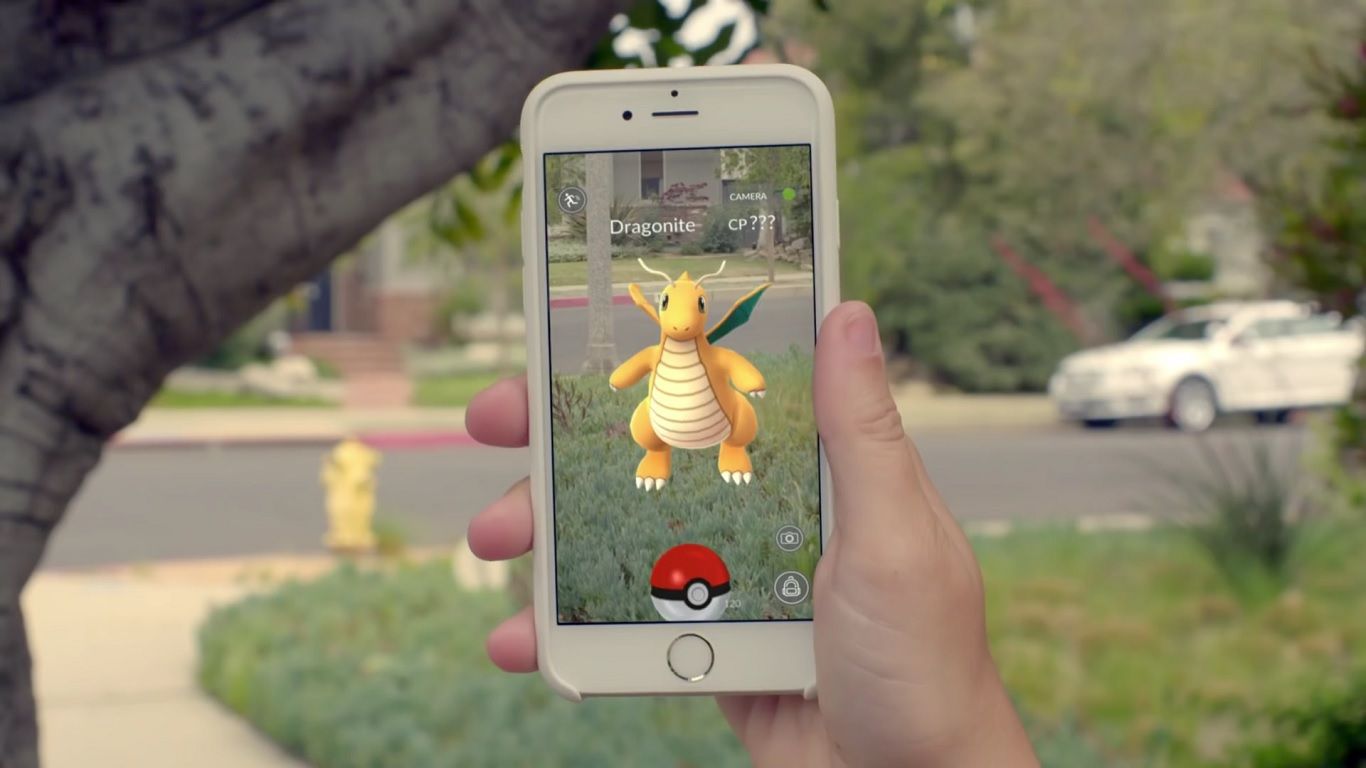 Most avid Pokémon GO players have probably seen a Dragonite by now. They often occupy Gyms and are used by the wisest Pokémon GO players. Usually, Dragonite can be found near the water in populated areas. Catching Dragonite is a tough task since it is rare to find and has a low catch rate. It’s tough to find one, but a real Pokémon GO trainer never backs down from a challenge. Dragonite is a Flying and Dragon-type that any trainer would want to own. 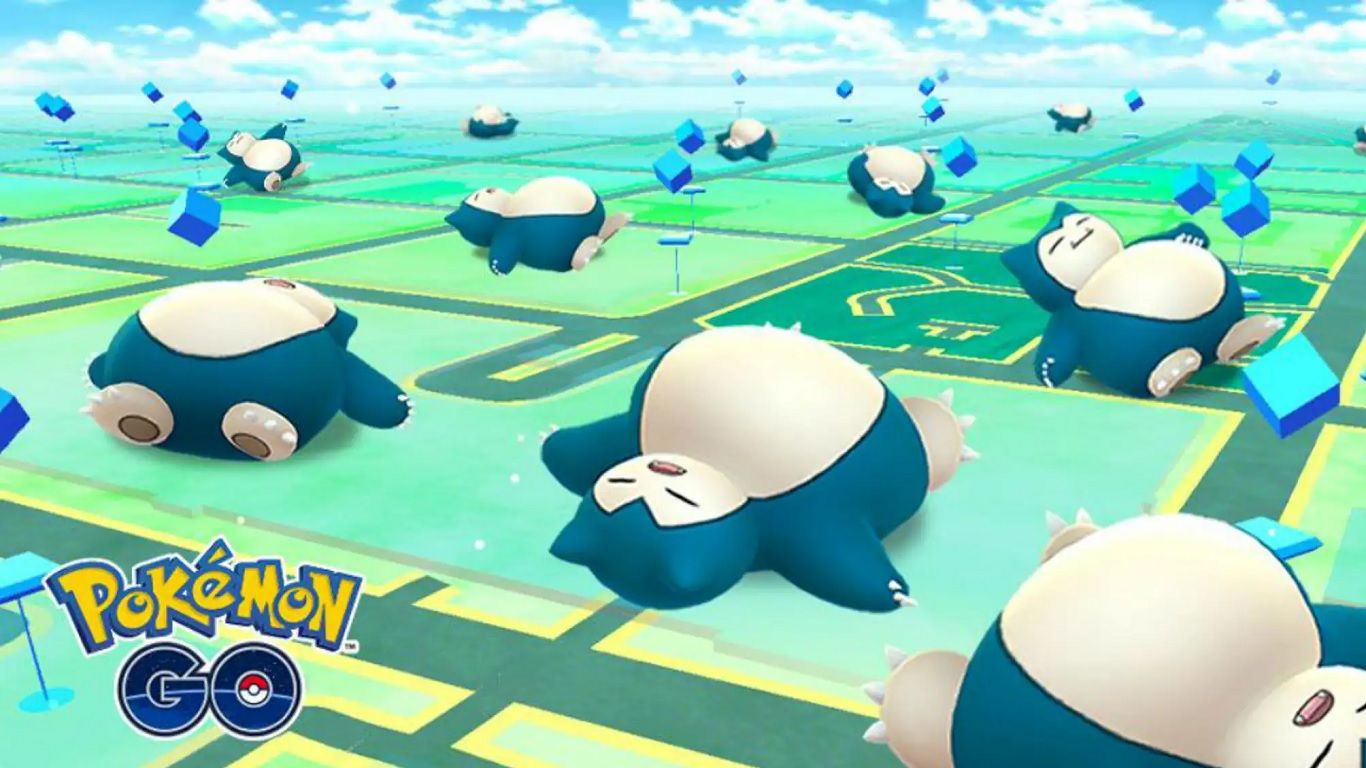 Recently, an event took place which allowed players to catch a Snorlax. The event was made to help promote the upcoming Pokémon Sleep app. Pokémon Sleep will track users’ sleep patterns and give them bonuses towards Pokémon GO. Ordinarily, it is very rare to find a Snorlax in the wild. It’s possible that more events of this type will reoccur. It is well-known that finding a Snorlax is rare, but it is more common to obtain one from a 10 km egg. 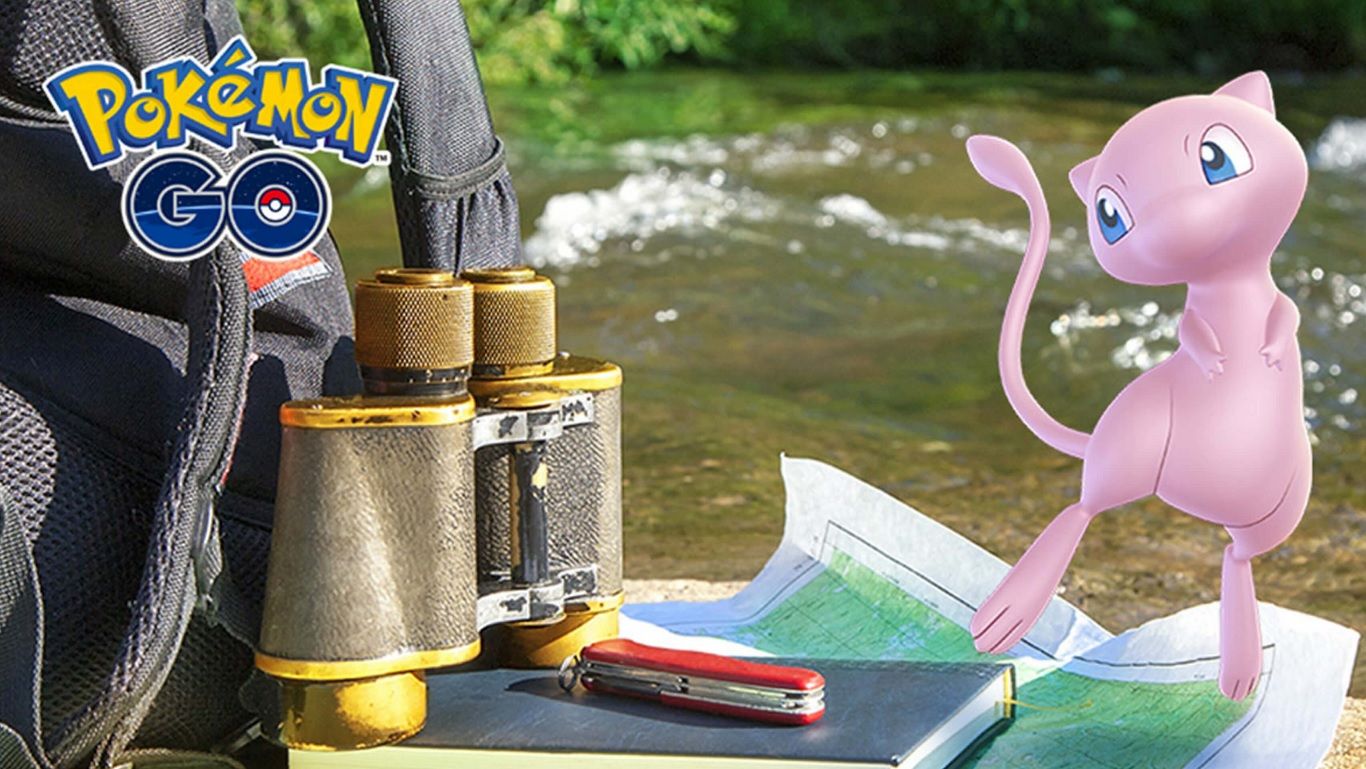 Catching a Mew isn’t an easy task, but it can be simplified by following eight steps. The first step requires you to spin 5 Poké Stops, catch 10 Pokémon, and transfer 5 Pokémon.

Still with us? In the fourth step, you must earn a silver Kanto medal, evolve 20 Pokémon, and earn 5 candies while walking.

The fifth step requires you to catch Ditto, make 20 throws that are “Great,” and catch 10 Ghost Pokémon.

The sixth step asks that you reach level 25, battle 10 raids, and evolve a Magikarp.

Finally, for the last step, you need to catch Mew. Mew has a 100% catch rate, so all that effort won’t be wasted. 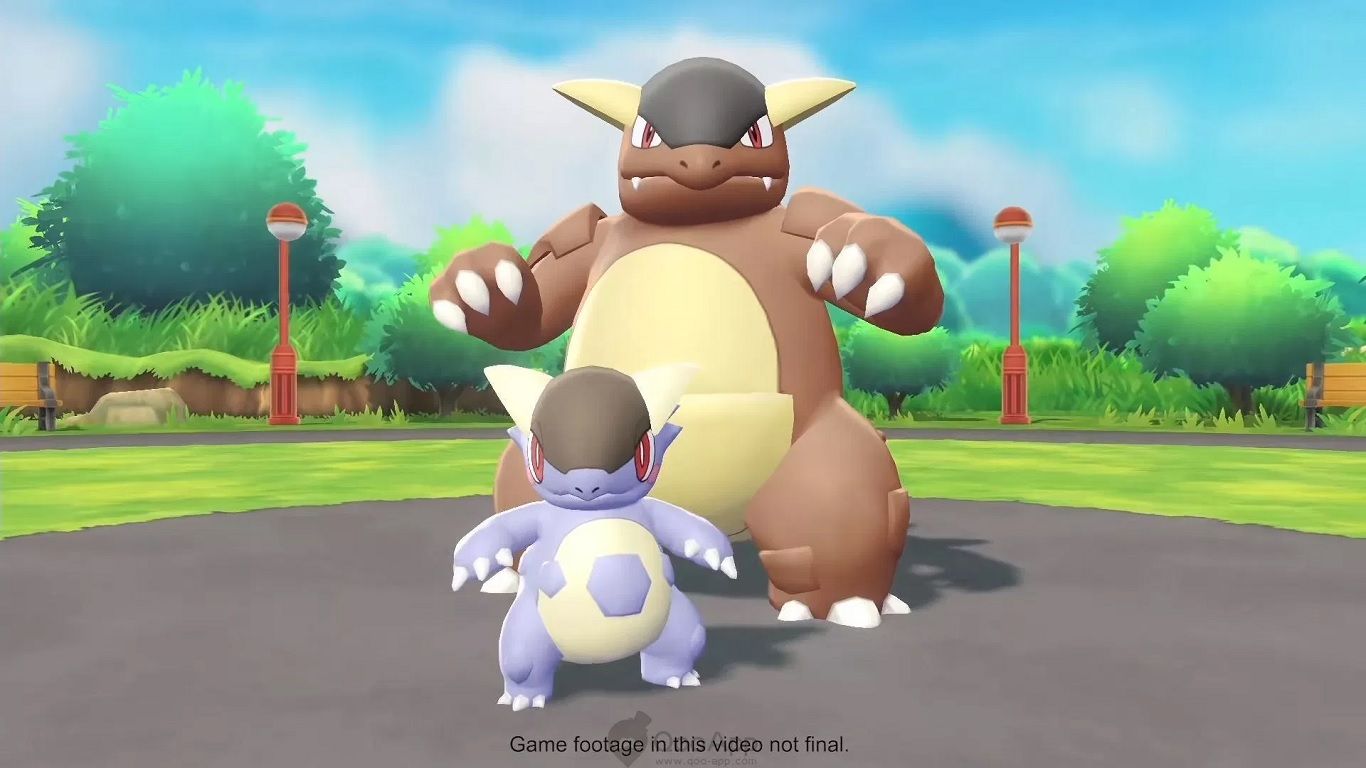 Catching a Kangaskhan is tough for people who do not live in Australia. As a region exclusive, only a select few people will make the journey to another country to obtain a Pokémon. Still, if you’re in the area, it’s not hard to find one while you’re there. It has been speculated that Khangaskhan could be a cross between a kangaroo and the founder of the Mongol Empire, Genghis Khan. The fact that it’s based on a kangaroo is consistent with its location, which is in Australia. 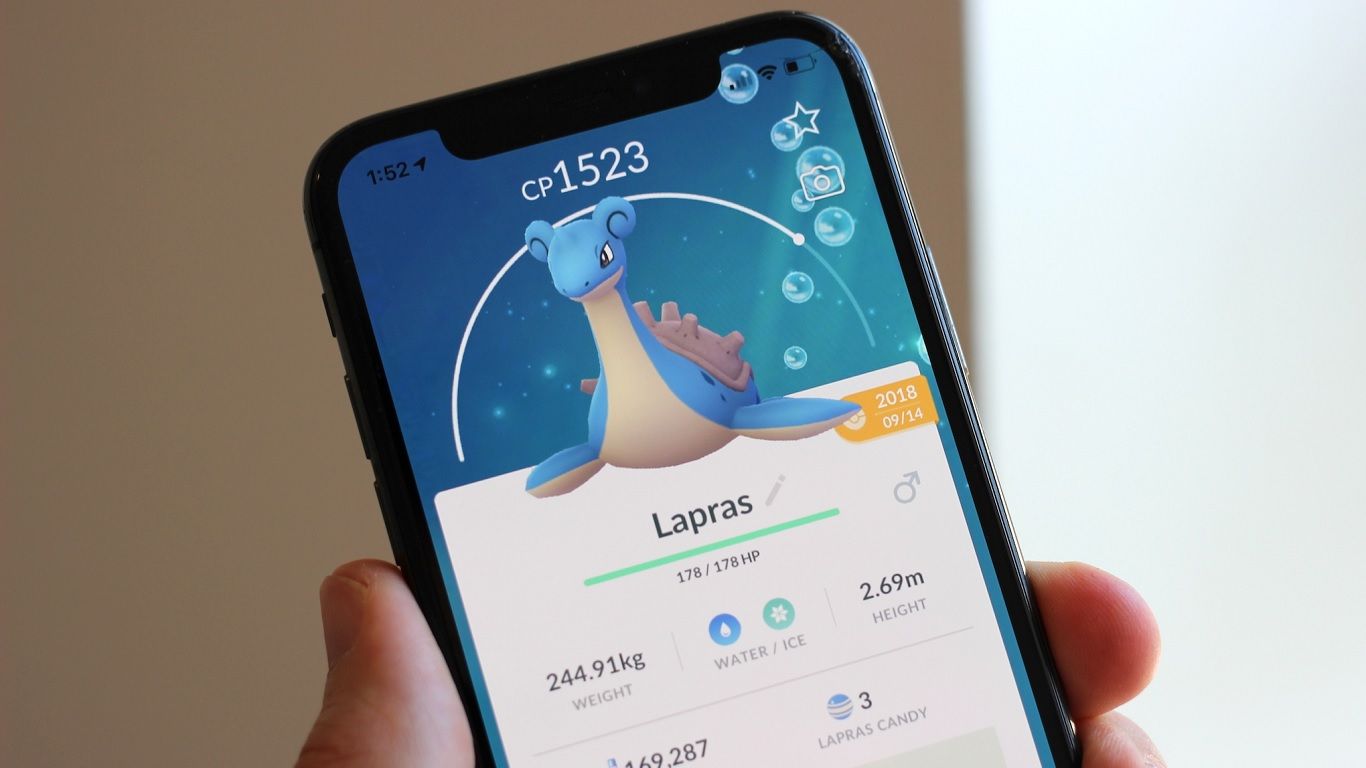 As a Pokémon that has high CP, Lapras is a rare find. It’s safe to assume that a Pokémon’s Combat Points has a correlation with their rarity.

Lapras was first introduced in the first generation of Pokémon games and is one that has been in Pokémon GO from the beginning. As a Water/Ice Pokémon, Lapras is not a Pokémon that evolves, so you’ll have to find Lapras in the wild or hatch one from an egg. Lapras is said to resemble an extinct Plesiosauria. 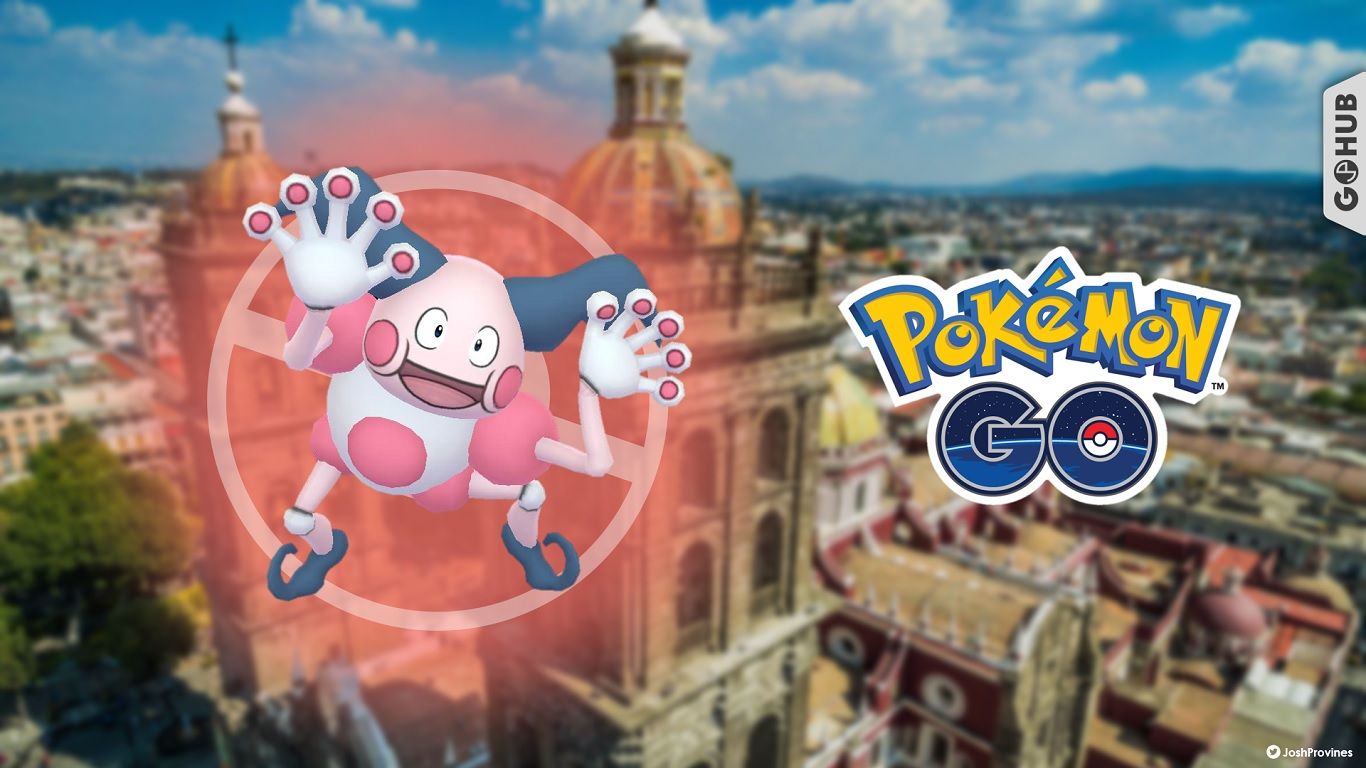 Mr. Mime is a Psychic/Fairy-type Pokémon who evolves from Mr. Mime Jr. Finding a Mr. Mime is a challenge in the Pokémon GO world. As one of the few region-exclusive Pokémon, players will have to travel to Western Europe for the opportunity to catch one. This makes Mr. Mime one of the most difficult Pokémon to catch. Perhaps Mr. Mime will be made available in North America and other parts of the world as an event. Pokémon GO is a costly game to play because of region exclusives. 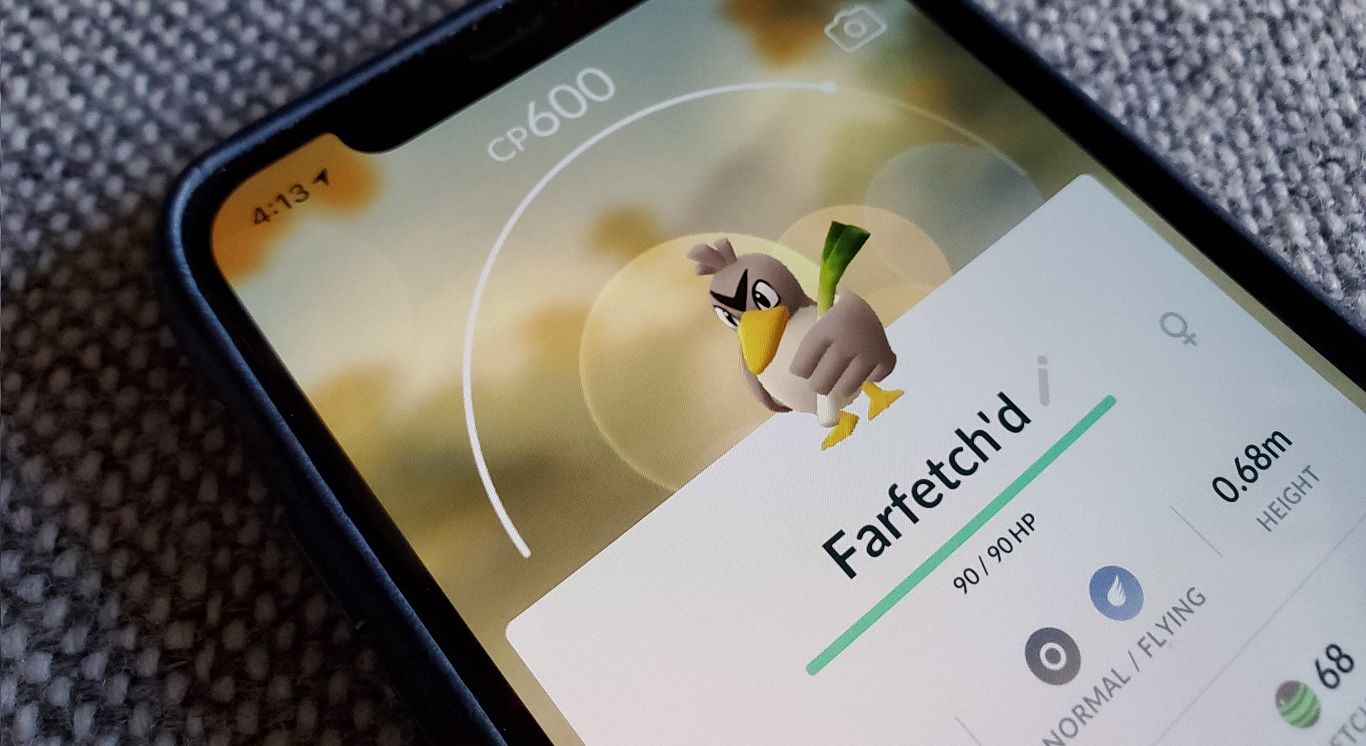 There aren’t too many, but region-exclusive Pokémon can be the most problematic Pokémon for trainers to catch. This is because they are only found in certain regions of the world. Niantic wanted to make it super impossible to catch Pokémon like Farfetch’d, so if you ever decide to travel to South East Asia, you’ll want to grab a Farfetch’d while in the area. Once found, Fafetch’d has a low catch difficulty. Southeast Asia refers to countries like Japan and South Korea. More and more, Niantic is changing the way we play Pokémon GO. With more Pokémon spawning in areas, there hasn’t been a better time to play Pokémon GO. 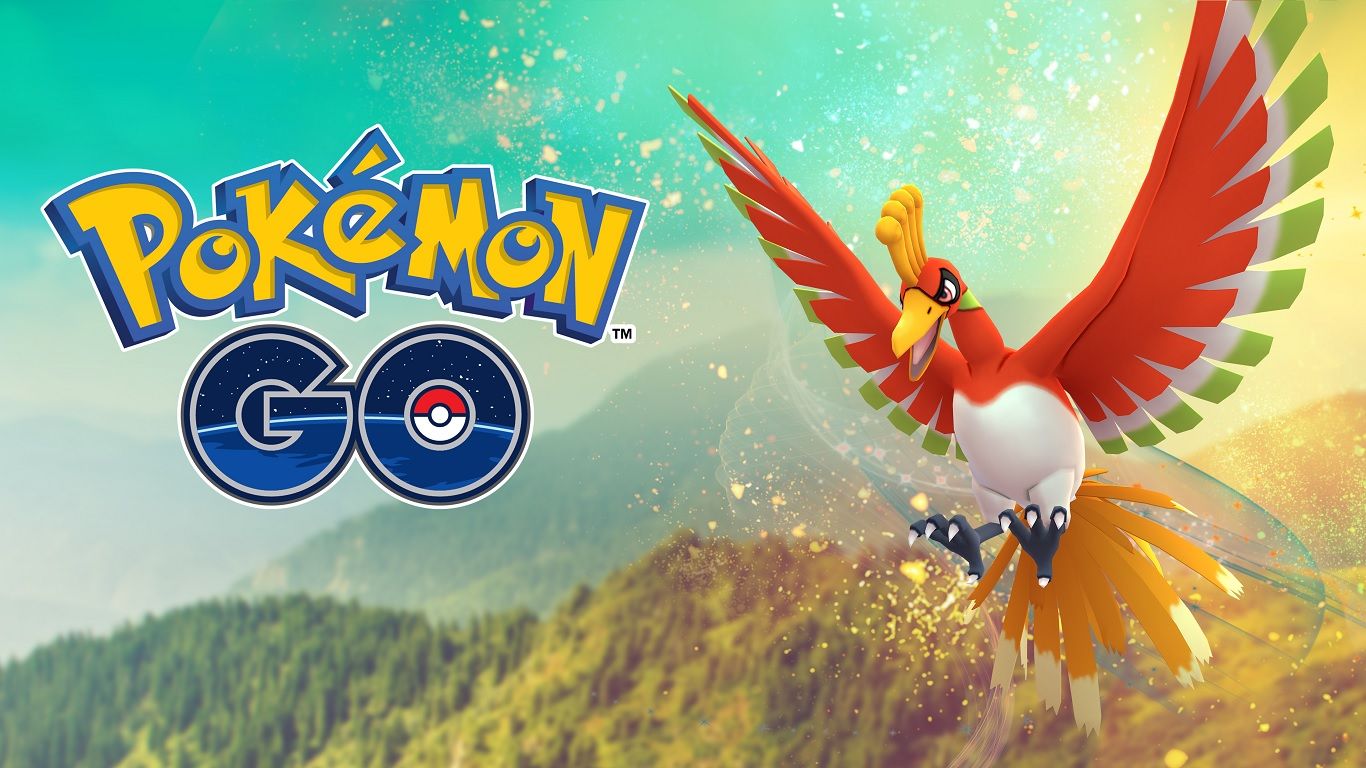 The series premiere of Pokémon: Indigo League told viewers that there are rare Pokémon in the wild. Ash Ketchup, a young boy from Pallet Town, spotted a Ho-Oh in the first episode of Pokémon. A season later, we found out that the mysterious Pokémon who soared through the skies above Ash was the legendary Pokémon Ho-Oh.

Catching a Ho-Oh in Pokémon GO is not easy. In fact, Ho-Oh is one of the most challenging Raid Pokémon to catch. The base catch rate for Ho-Oh is 2%. A Premier Ball with a Golden Razz Berry multiplies your odds by 4.25. Using the website pogomap.info to locate Ex Raids is highly recommended.

NEXT: Pokemon Sword & Shield: The Best Pokemon You Can Get In The Wild Area (And Where To Find Them) 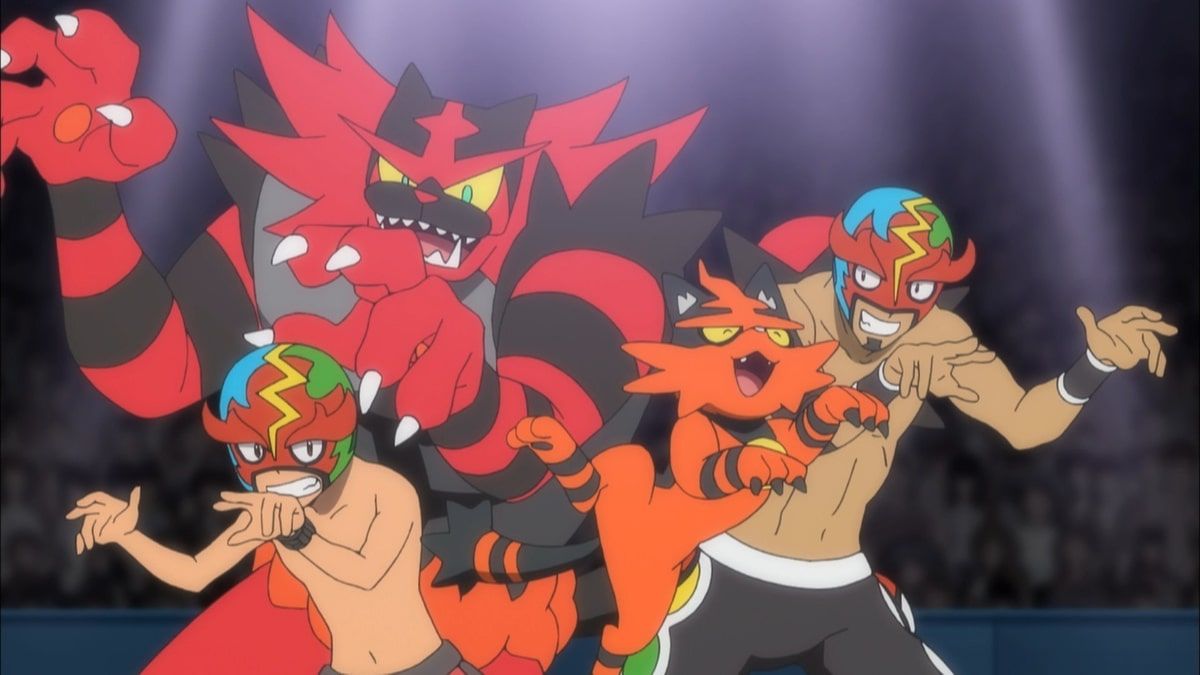