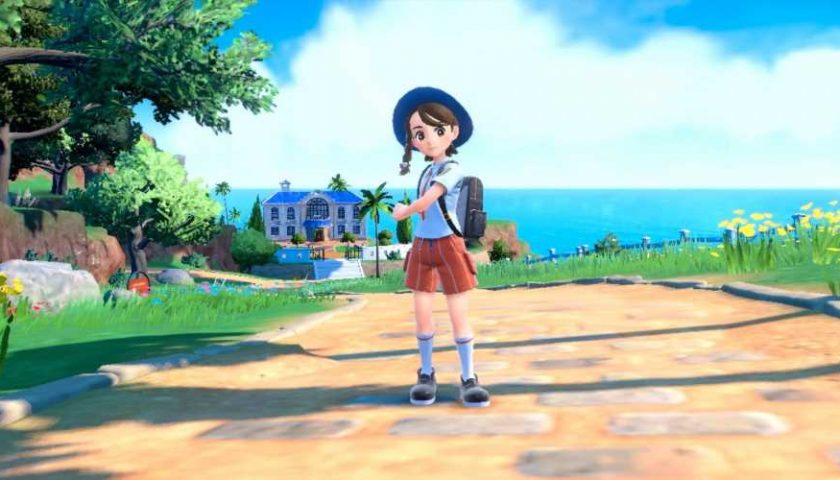 Pokemon fans settled in for a casual, not too groundbreaking Pokemon Presents on Sunday. Some Brilliant Diamond & Shining Pearl news, a Legends: Arceus update. You know, nothing that was going to set the world on fire. Oh, aside from the reveal that gen nine will be here before the end of the year via two entirely new games, Pokemon Scarlet & Violet. The setting for the games was shown off, as were their starter Pokemon.

As is often the case when new starters are revealed, debates over which is best started right away. There appears to be equal amounts of love for all three right out the gate, which is very welcome and almost unheard of. There's usually one everyone decides is the worst, but that hasn't been the case following gen nine's reveal. Instead, the expected discourse is being channeled towards Scarlet and Violet's characters.

It appears the colors your trainer will wear are dictated by the version you buy. Pretty neat, but the amount of effort, or perhaps lack of it, put into the rest of their design has left a lot of potential players wanting. The biggest issue seems to be that players loved the character designs in Sword & Shield, and not only are Scarlet & Violet's a step away from that, but they may actually be a step down.

“Am I just coming to terms with nothing will ever match up to my Shield character, who is literally just me,” one reaction reads on Twitter. Another compares the designs to those of Disney characters, which might be considered a good thing by some people, but perhaps a little lazy by others. One person has highlighted that the Scarlet & Violet characters give off CocoMelon vibes. Apologies to any of you reading this with little ones in the house who now won't be able to unsee that.

Even though Scarlet & Violet will be here before the end of 2022 (when does the Game Freak team find time to sleep?) what we've seen by Scarlet & Violet so far isn't the finished article. We currently know almost nothing about the games. Even the assumption that the new region is based on Spain and Portugal is exactly that, an assumption, although it is one based on some very well-educated guesswork. Perhaps the character designs will look better and make more sense as we move closer to the arrival of the new games.