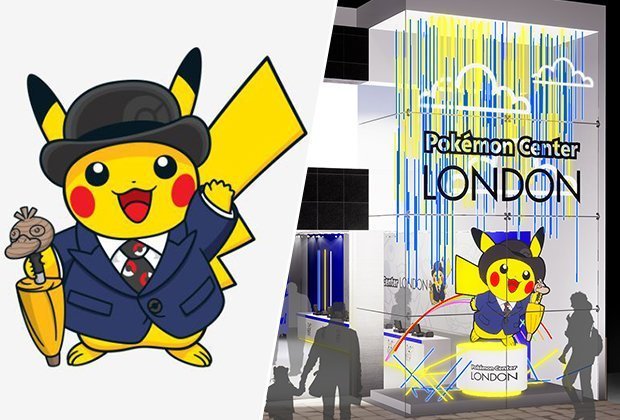 Pokemon fans in the UK, we have some very good news for you.

You may well already know that the next entry of mainline games in the Pokemon series will be based in the UK (sort of). The new region, which is called Galar, will debut in Pokemon Sword and Pokemon Shield and takes inspiration from landmarks and famous locations in the UK.

To celebrate the influence the UK has had in the series, the Pokemon Company has revealed that London will be home to the UK’s first-ever Pokémon Center from October 18 this year.

“The Pokémon Company International is excited to announce its plan to open a special pop-up Pokémon Center retail location in London this October,” announces a press release from the company.

“Located in Westfield London (Ariel Way, Shepherd’s Bush W12 7GF) and open only for a limited time from October 18 to November 15 2019, the store will give fans a chance to browse and purchase a range of Pokémon Center-branded products, including exclusive designs not found anywhere else.”

The press release also notes that the dates are currently subject to change – but at least we know we’ll get to browse special Pokemon items for at least a month or so.

Pokemon Centers in Japan typically have exclusive items and special designs that can only be found in-store – so this could be the UK’s first opportunity to get their hands on special items of clothing, unique plushes and more besides.

We’ll update you with more information when we have it.

Pokémon Sword and Pokémon Shield will be released worldwide on November 15, 2019, exclusively for Nintendo Switch.