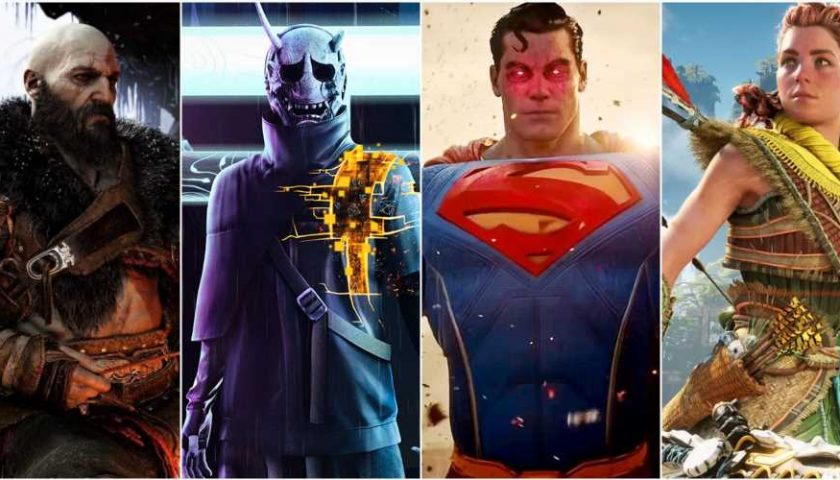 2021 has, perhaps unjustly, been labeled as something of a quiet year in terms of video games. Those of you who loved the likes of Deathloop, It Takes Two, Super Mario 3D World, and Guardians Of The Galaxy are likely wondering where on earth that belief has come from. Well, it might have first been uttered by those listing all of the big games slated to arrive in 2022.

This year is going to kick off a lot more quickly than 2021 as February is jam-packed with potentially huge games. Horizon Forbidden West, Dying Light 2, and Elden Ring will all launch during the shortest month of the year. Not to mention Pokemon Legends: Arceus a few days before. While Arceus doesn't make PlayStation's list of most-anticipated games of 2022, for obvious reasons, the other three do.

They're not the only ones either. PlayStation has put together a list of 22 games coming to PS4 and PS5 over the course of this year. A quick scroll from top to bottom will show you exactly why many have the next 11 and a half months pegged as extremely busy ones for games. The aforementioned Forbidden West tops the list, although it doesn't appear to be in order of most-anticipated, nor is it in order of release date.

PlayStation hasn't focused on triple-A titles alone, which would have been easy to do. Stray has also made the list, a game in which players will assume the role of a cat in a society completely free of humans. The colorful Tchia also makes the 22 in '22, where players will have the chance to explore an island inspired by New Caledonia.

The only caveat with PlayStation's loaded list is the release dates attached to some of the games. Not only are the titles with release dates at risk of being pushed back into 2023, but the likes of God Of War Ragnarok and Ghostwire: Tokyo don't even have dates at all. Just the tentative promise that they will be here before the end of this year. Considering the landscape and delays the past two years, it's incredibly likely anything slated to be here this year won't actually arrive until next year.