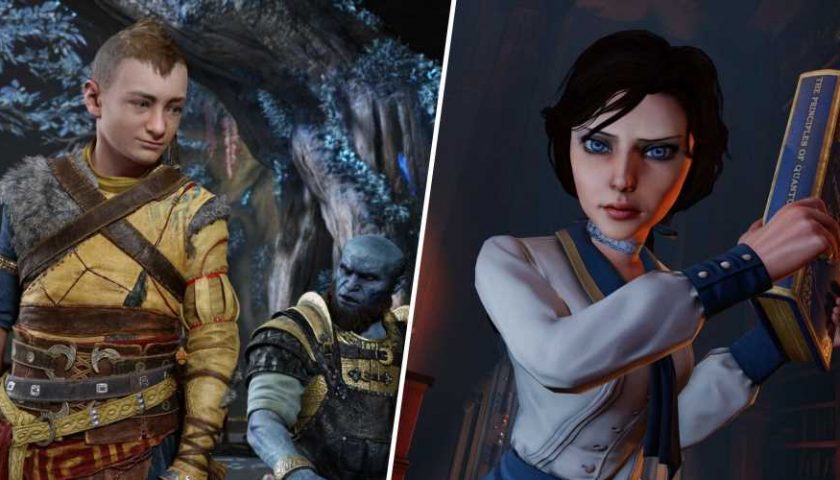 Whether you're traversing the Nine Realms or fighting off racist cloud people, some games are memorable for the companions you travel with along the way. There are plenty that have given you a companion who feels like a ball and chain at times (looking at you Ashley from Resident Evil 4), but there are some that are beautifully woven into the gameplay that it can sometimes be difficult to see why they need you around at all.

There's so many that people have been sharing their favorites over on r/Gaming on Reddit, as u/GCD1985 kicks things off with their top two picks of Atreus from God of War and Elizabeth from Bioshock Infinite. They're pretty much up there when it comes to companions, Atreus with his battle prowess and Elizabeth who will chuck resources to Booker across an arena at a worrying speeds. Maybe she did some push-ups during her time locked up?

There's plenty of other examples in the thread though, including one game which has loads of different companions to choose from. Before even Elizabeth graced the scene, u/Blaster92 gives Lydia from Skyrim a quick shoutout. Not only does she help out in combat, she's also a very useful pack horse for the player to use to cram all of their junk onto should they get overencumbered. All of Skyrim's companions function the same way, but Lydia is likely the first players meet so is therefore the best. Sorry everyone else.

Sticking with Bethesda games, we can't forget the best boy in the world Dogmeat, mentioned by u/Golden-Event-Horizon. It's true that he's a bit squishy in Fallout 3 and constantly gets in the way whenever you're indoors in Fallout 4, but at least he doesn't judge you if you eat people. Now that's loyalty.

I could go on but there are far too many to go into here, including the likes of Boone from Fallout New Vegas, Tails from Sonic the Hedgehog, and Alyx from Half-Life 2. Let's hope we get even more memorable pals in the future.