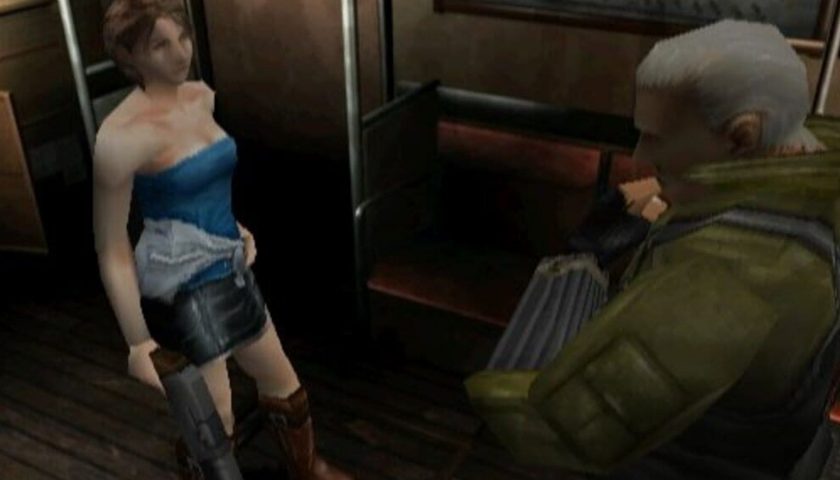 The Resident Evil 3 remake launched in April of last year and, in spite of that – and Village’s own release – there are still those trudging back through the locked camera of the tank control-clad original. Yesterday, one of these players conducted a speedrun, nabbing the best time.

This Nemesis speedrun was done on hard mode using only a knife, playing on an emulator for PC. That sounds like a tough trek, especially given how weak the knife is and the number of bosses that have to be toppled. Yet, Rick Games did it in 1h 28m 02s.

In the final moments of the game, Nemesis mutates and grows into something akin to a mangled Bullsquid from Half-Life, and all that Rick has to use are herbs and a knife, but unfortunately, this fight can’t be won that way. As such, they press in the batteries so that they might fire the giant steampunk rocket launcher at Nemesis.

With Nemesis down, Rick gets into the elevator to meet Carlos by helicopter. The two fly off into the sunset as radiation scorches their backs with Raccoon City being blown to oblivion. There’s not much a knife can do in that situation.

As for Any%, wherein all weapons are allowed – not just handy little blades – players have managed to storm through Resident Evil 3 in only 40 minutes, with the latest world record time, shaving off 15 seconds, being grabbed and displayed only last week on PC.

For knife only, those on a lower difficulty managed to land even quicker times with the current best being 1h 12m 06s. Naturally, that’s because it’s easier, but it’s still an arduous feat all the same, and an impressive one at that.