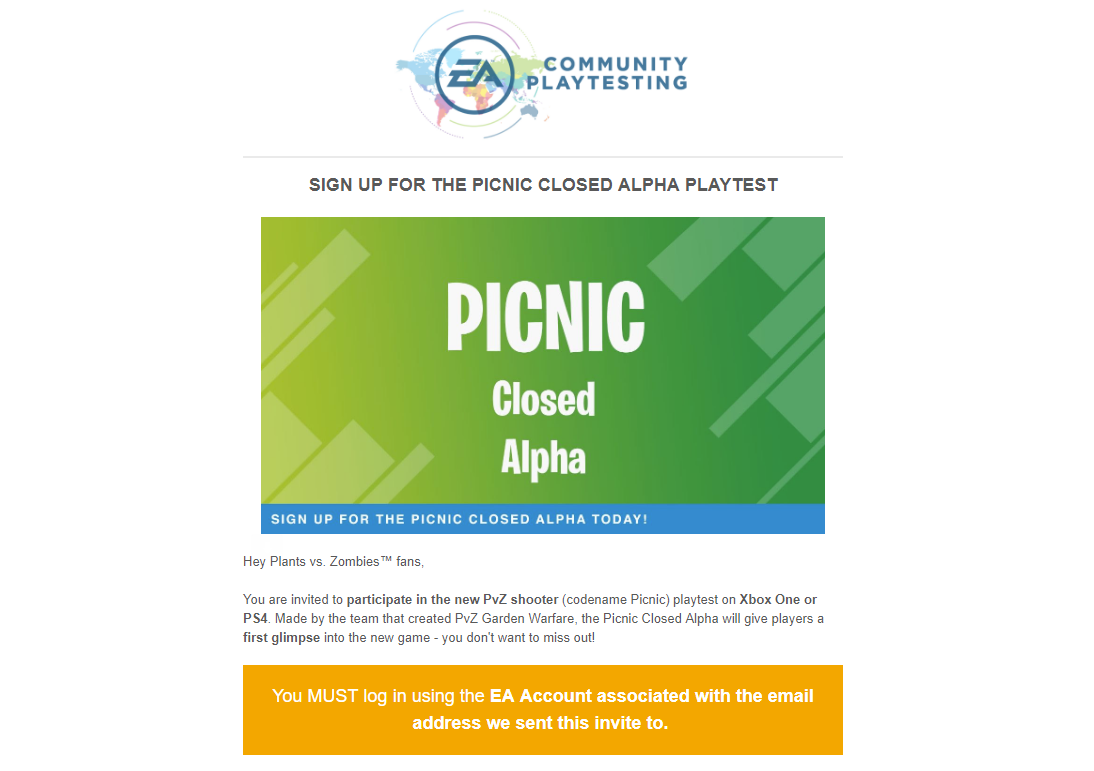 When does Plants vs Zombies Garden Warfare 3 alpha feature?

There is currently no word on what features or changes from the previous two games will be included in the title codenamed ‘Picnic’.

On February 5th, 2019 EA reported during its third-quarter financial results that as well as the existing slate of games primed for 2019, it also has plans for two more.

Though the playtest invites only mention PS4 and Xbox One, the official Garden Warfare game account has previously tweeted that it’s coming for PC and consoles.