Picross has quietly become a staple of Nintendo’s handheld platforms that is consistently fun, but rarely strays too far from its comfort zone. Lord of the Nazarick tries something new and changes up the formula, but only slightly, by partnering with the anime and novel property, Overlord, to deliver a picross experience that has a little bit of storytelling. The main draw still remains picross, though, even if the occasional cutscene appears.

Picross is a number-based, picture-drawing style of puzzle that has more in common with Sudoku than something like Tetris. Looking at a grid lined with numbers, you have to use logic to figure out which squares to fill in and which ones to mark with an X. After filling in all the appropriate squares you are left with a pixelated image. Tapping away at a grid to ultimately create a picture is always a rewarding finish line to a puzzle. This element of picross has mostly been the same since the puzzle’s inception, but Nazarick adds a few wrinkles, some welcome quality-of-life options, and a narrative.

The story, which is the element that separates this picross from the games before it, is minor. The Overlord anime (and novels) follows Ainz, a player obsessed with an online video game called Yggdrasil. At the start of the story, Yggdrasil’s servers are shutting down, but Ainz stays online anyway, and he is transported to a new reality based on the game making him an ultra-powerful overlord in a fantasy world. The idea behind Lord of the Nazarick is Ainz is trying to restore documents (by solving picross puzzles) in order to figure out what has been going on in the world prior to his arrival. If you’re familiar with the source material, you get a chance to see conversations between Ainz and familiar characters, but newcomers will likely be confused about what is happening; it doesn’t do a very good job even setting up the base plot. The story elements end up being middling, but on the plus side, the character interactions are short, and I liked even having a small conceit for completing puzzles. Usually in picross you’re just handed a long list of puzzles and that’s it.

To see the full story you only need to complete the standard picross puzzles, but a number of optional additional puzzle types are available. Color Picross is a new type of puzzle that plays by picross’ normal rules, but adds color. Color Picross forces you to rethink your normal picross tactics and rewards you with a more interesting picture. I initially struggled with Color Picross, but came to enjoy it once I wrapped my head around it.

Clip Picross isn’t new to Nazarick, but is a welcome addition. These puzzles are made of smaller picross puzzles that eventually come together to create one large picture, which is a lot of fun and always has been. Mega Picross puzzles, which change the way numbers are displayed on the grid, are also available, but they’re totally optional (and even somewhat hidden in the menu), which I am thankful for because I have never enjoyed this style of puzzle.

When it comes to solving any of the puzzles, you can now hold down the R button to help you count out squares. While this admittedly sounds like a small addition, it makes the whole process of solving puzzles more convenient and accurate and if it does not appear in future picross games, I will sorely miss it.

Combining picross with a relatively obscure anime (and not even using the anime’s name in the title) is a weird choice, but if you’re looking for more picross, you can’t go wrong here. The quality-of-life improvements are good, the Color Picross mode is fun, and having a little bit of story is a nice change of pace, even if the plot doesn’t have much to it. 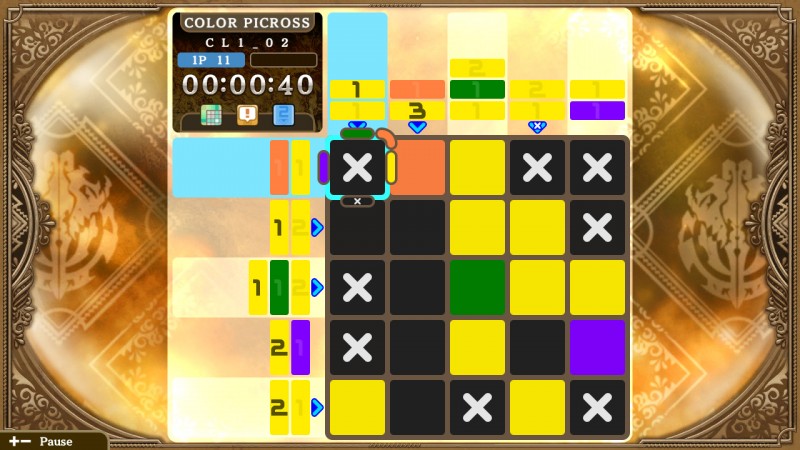 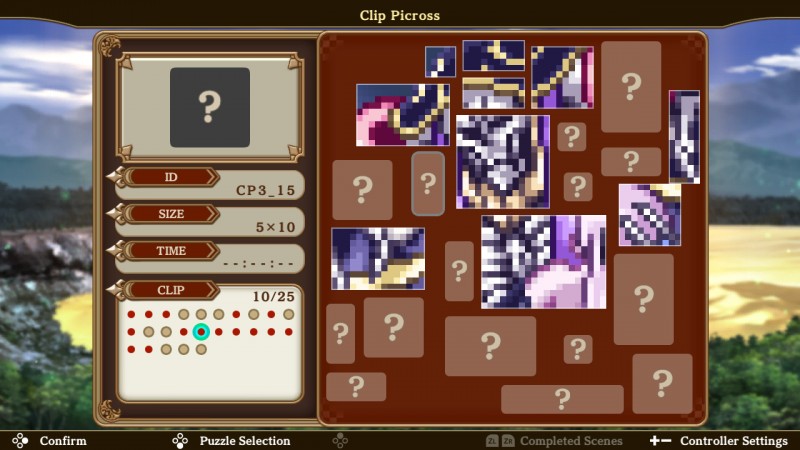 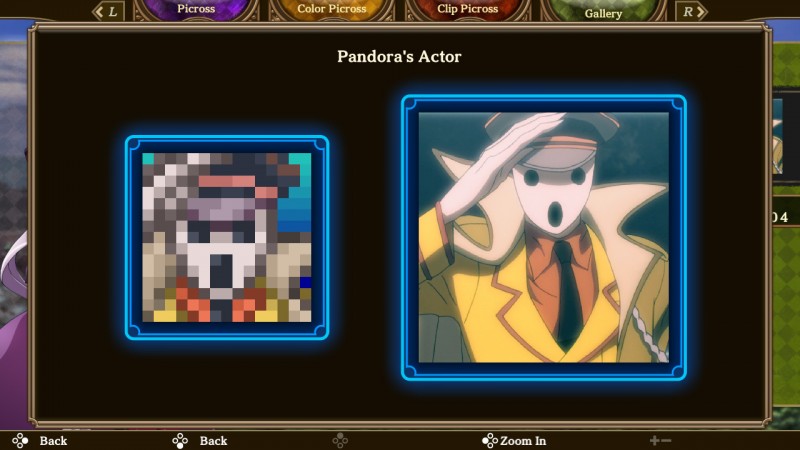 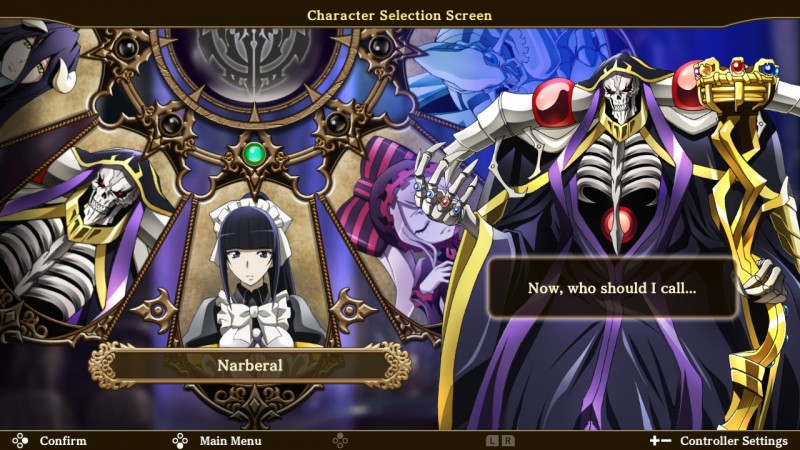 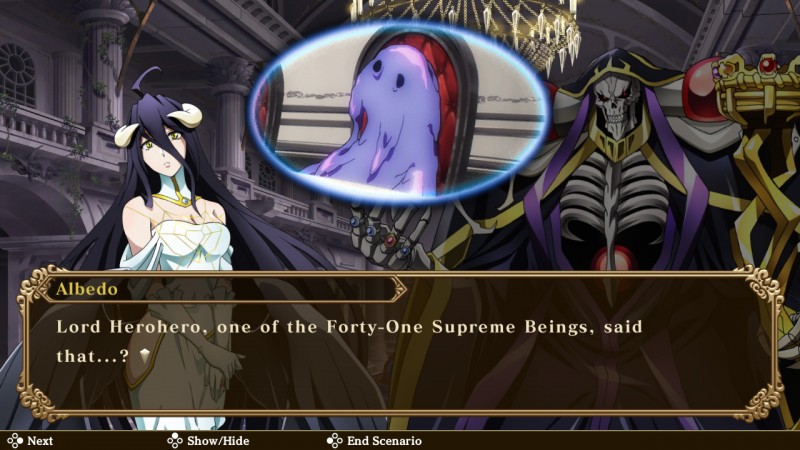 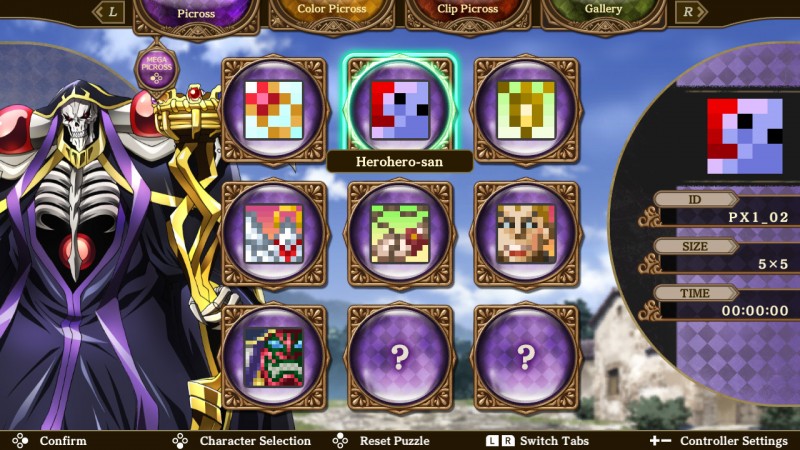 Combining picross with a relatively obscure anime (and not even using the anime’s name in the title) is a weird choice, but if you’re looking for more picross, you can’t go wrong here.