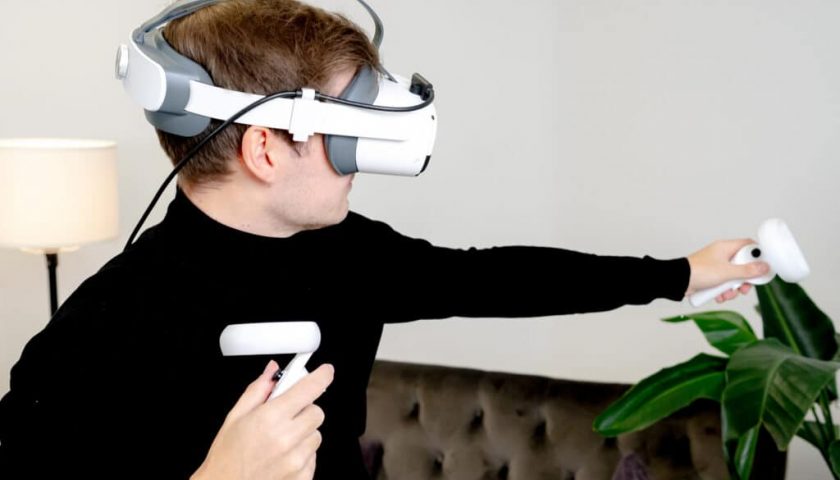 Pico just announced the Neo 3 Link launching to European consumers. The hardware is almost identical to Meta’s Quest 2 – but with one important difference.

Both headsets are standalone (essentially VR consoles) but they also support PC-based VR if you have a gaming PC, so you can play SteamVR games.

Both headsets let you do this wirelessly over your home Wi-Fi network. But Wi-Fi has considerably less bandwidth than display cables, so the video stream is compressed, reducing the quality and adding a small amount of latency. Further, problems like network congestion and signal degradation can cause stutters and hitches.

Quest 2 also supports PC VR via a USB Type-C cable. This avoids the problems of wireless, but it’s still a compressed video stream, since even USB 3.0 has considerably less bandwidth than display cables. It also can introduce new issues, as not all motherboards properly comply with the USB 3.0 spec.

Pico Neo 3 Link’s unique feature is that its wired PC VR mode uses a DisplayPort cable, included in the box. Just like PC-only headsets (such as Valve Index) this delivers an uncompressed video stream with no extra latency. Essentially, the Neo 3 is both a standalone headset and a “real” PC VR headset, in one product.

Meta may be planning its own PC VR trick though. Last week code was found in the Quest 2 PC drivers referencing an ‘Air Bridge’ USB dongle. This may never launch as a product, but if it does it could avoid many of the issues inherent in using your home Wi-Fi network for wireless VR. Still though, it would be a compressed stream.

With Neo 3 Link supporting native uncompressed PC VR at €449, it could be an attractive option for buyers in Europe looking for a cheaper alternative to the €649 HP Reverb G2 and €1079 Valve Index kit for SteamVR.