Phasmophobia is a co-op ghost hunting game with VR support that recently entered into early access on Steam – and it’s already trending on Twitch.

Although not as largescale, Phasmophobia is experiencing a phenomenon similar to that of Fall Guys and Among Us. In each of these cases, a small team of developers created a game based around a simple concept. With Fall Guys, it was always about the marriage of battle royale and goofy obstacle course antics; Among Us offered a fresh take on the whodunnit genre, giving players limited information and trust issues. Now, Phasmophobia is crushing it in VR by way of co-op psychological horror.

In particular, it is becoming popular thanks to its proclivity for solid livestream entertainment. Sorting Twitch’s categories from highest viewership to lowest will usually yield Phasmophobia not far from the top. It’s especially revealing when observing the heavy-hitting competition that often surrounds it. For a tiny indie game in early access, it’s already taking off in a big way. 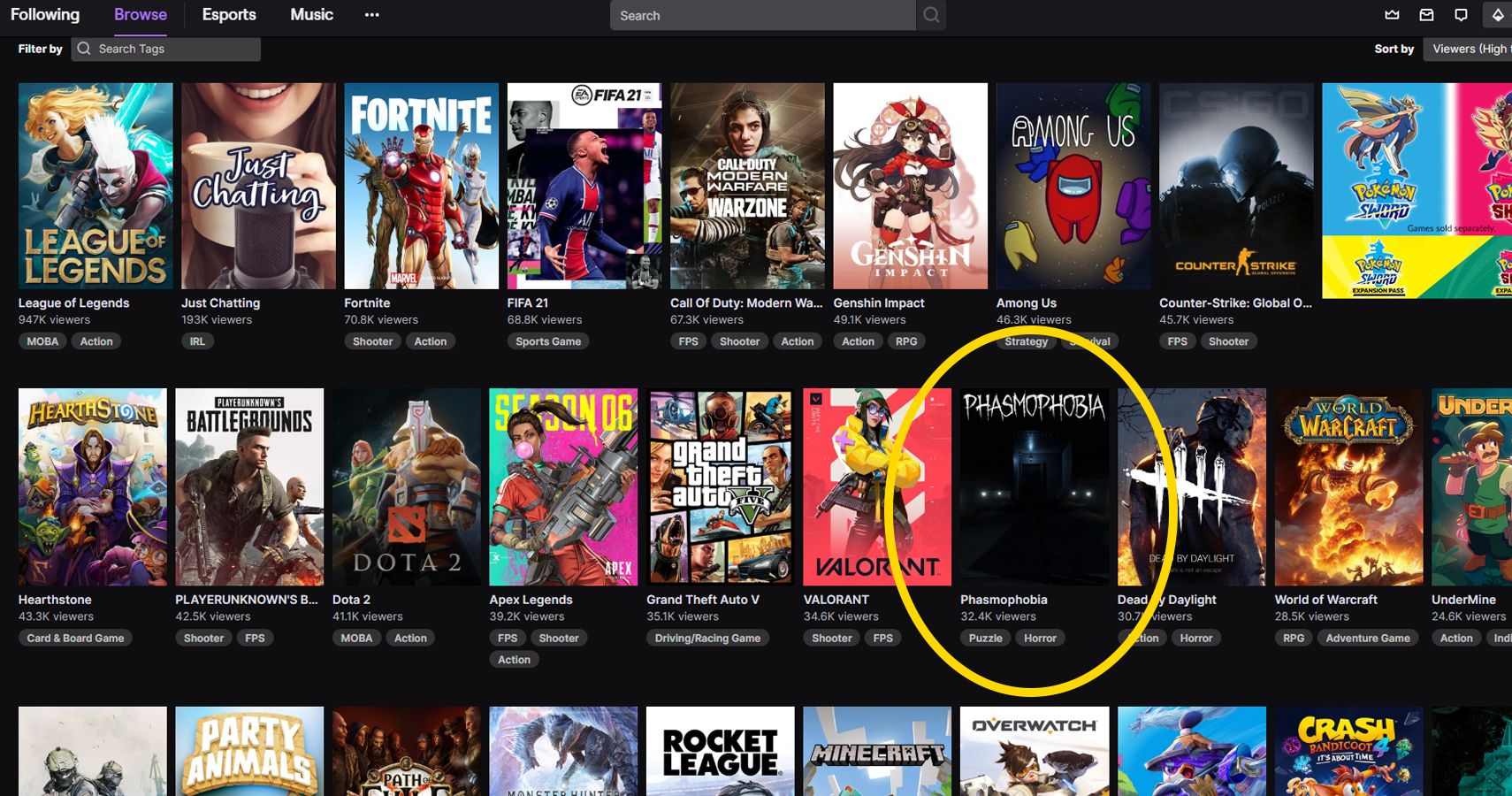 So why does it work so well on Twitch? Well, I could venture an explanation, but it may be better to just watch Lacari roleplay as a panic-stricken character who fails to process the passing of fellow ghost hunter.

In the game, players work together to gather evidence of paranormal activity. This is made possible by the team’s ghost hunting instruments – but things get dangerous, fast. Violent spirits aren’t pleased with human presence and will attack players.

Phasmophobia is a perfect playground for streaming entertainment. It’s hard to pass up the hilarity that ensues from multiple content creators crammed into a game filled with suspense and jump-scares. It could be argued that the game is only a temporary trend, especially considering that we’re in the super-spooky month of October. However, it’s equally as possible that Kinetic Games managed to create a perfect, simple way to enjoy horror in the realm of VR.