Coming across a Treasure Demon is always a special treat in Persona 5— they award a good amount of money upon defeat or are otherwise a powerful ingredient in fusions if captured. The trick is finding them and downing them in the first place, as they’re quite rare and tough to beat.

How To Find Treasure Demons

You’ll encounter your first demon in Madarame’s palace, just after rescuing Mona from a laser tripwire trap. They’ll start to appear on their own after that, albeit rarely. In palaces, they have a chance of popping out after you nab one of the small treasures, while they’ll simply appear on the tracks like other shadows in Mementos.

The factors that raise the chances of encountering a Treasure Demon are:

You can also craft an item that increases the chances of demon encounters at your work table. This stacks with the effects of bad weather or high security levels, so you can use it to raise the encounter rate as much as possible.

Of course, it’s not just enough to encounter a demon— you need to know its weaknesses if you want a chance at catching or defeating one. In order of lowest to highest level, here are the weaknesses and locations of every Treasure Demon in Persona 5 Royal:

Using Treasure Demons as an ingredient in persona fusion will pass on the various abilities that the demon has, as well as two extra innate abilities. The resulting persona will be of the same arcana as the persona that was fused with the demon, but a few tiers higher or lower.

“Tiers” here refers to the hierarchy of personae within an arcana family: for example, Jack-o’-Lantern, at level 2, is one tier lower in the Magician arcana than the next strongest persona, Cait Sith (at level 5).

Games from best gaming providers are available on the official casino website https://jozz.top/

The different Treasure Demons react differently to each major arcana family. Here is a chart of what tier a fused persona will be in relation to the “parent” personae: 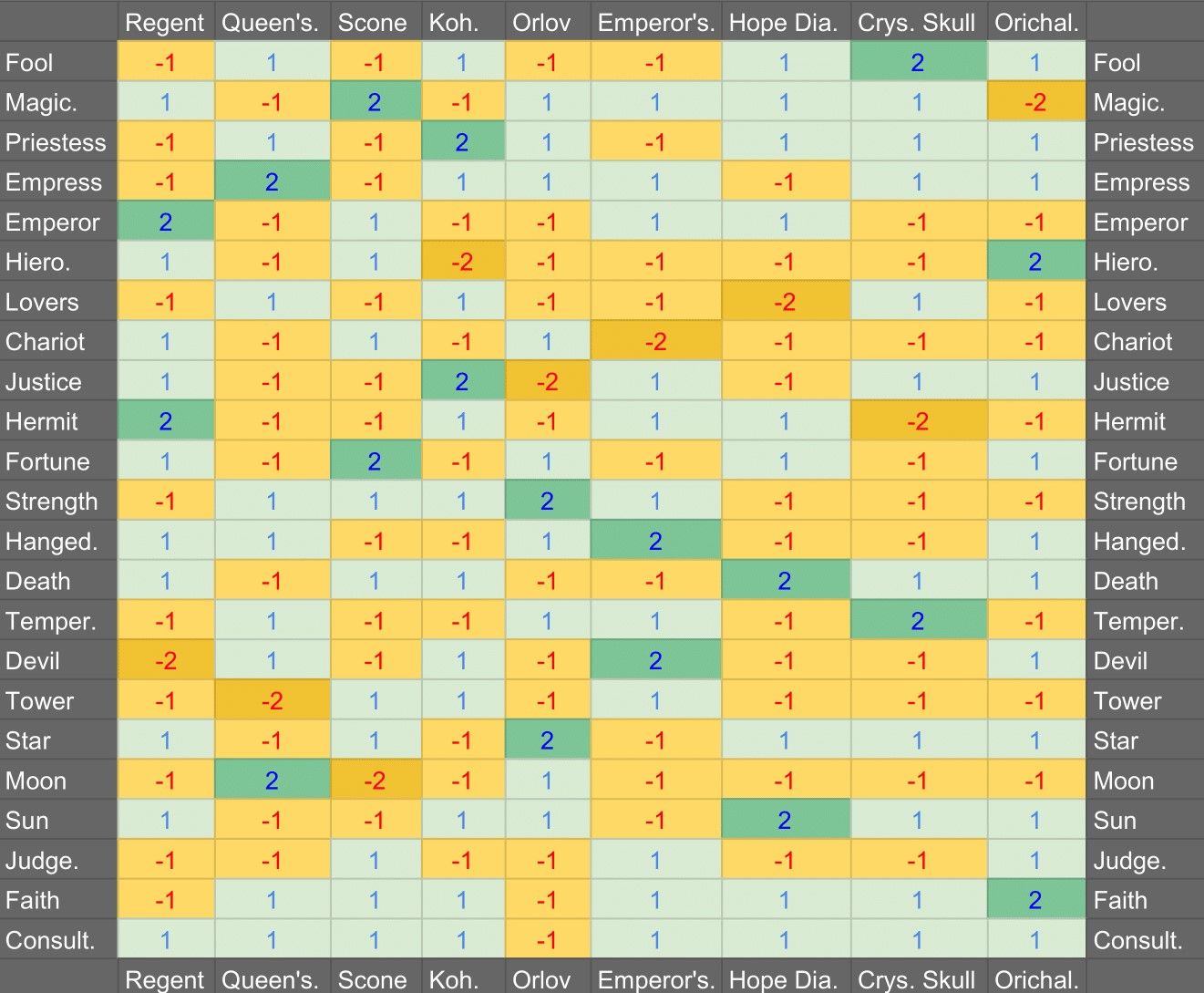 In addition, Treasure Demons grant 3 or 5 times more experience than usual when used as an offering at the gallows, and can be itemized into extremely powerful accessories. When you encounter a new Treasure Demon, make sure to capture it so you can register it in your compendium for future repeat use!