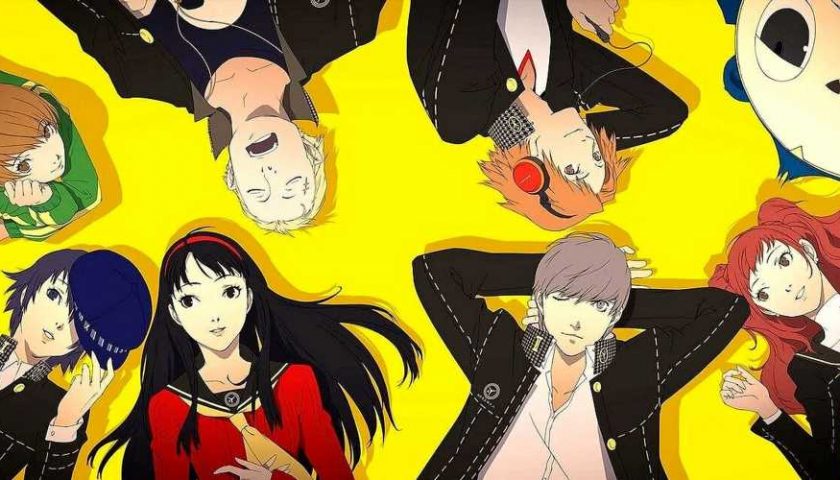 The Persona series has long been popular in Atlus’ native Japan, but in the last several years, it's seen massive popularity in the West as well. A trend for the series is Atlus releasing an enhanced version of each game a couple years after the original's debut, which is where Persona 4 Golden enters the fray.

The original was released in North America in December 2008, with Golden arriving in 2012 to circle back to the game and bulk out its content with new social links, new challenges, and even a new dungeon. It was ported to Steam in 2020, and to home consoles in 2022.

The re-release also introduced two additional endings to bring the possibilities up to six. These are referred to as the Bad Ending, the Normal Ending, the Good Ending, the True Ending, the Accomplice Ending, and the Golden Ending. We’d like to take a quick look back at each before arriving at the canonical end of Persona 4 Golden.

Spoiler: This article contains plot details for Persona 4 and Persona 4 Golden, including potential outcomes, Golden bonus content, and the identity of the true culprit. 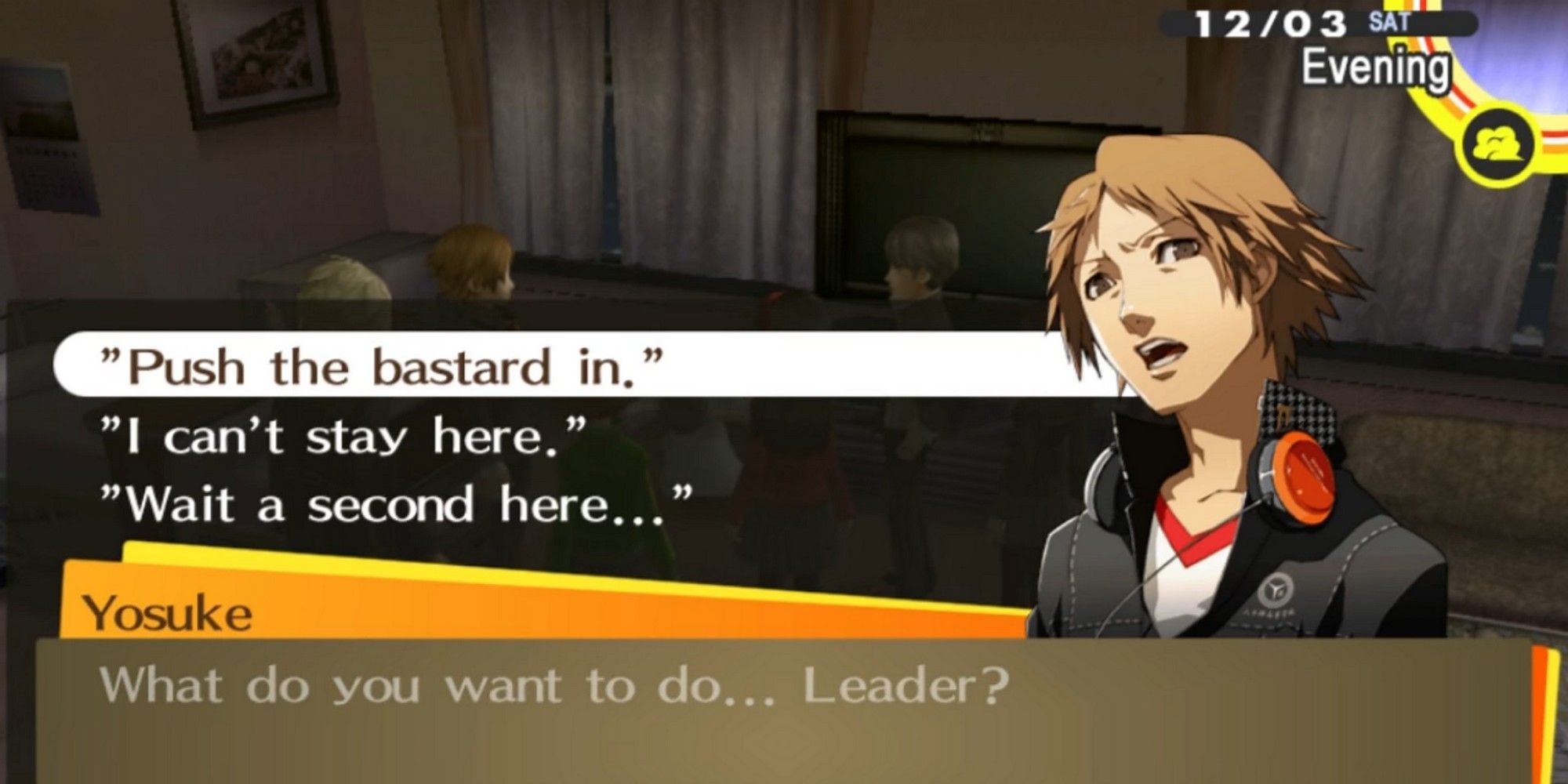 All the endings stem from one pivotal choice on December 3, when Nanako passes away in the hospital. Her grief-stricken father rushes to Namatame’s hospital room but will be escorted out by the officer outside the room. With the guard distracted, the Investigation Team sneaks in and confronts Namatame.

Naoto told the group that it’s unlikely a court would convict Namatame. Because of this, when Yu and friends are left alone with him, you’ve got the option to bring him to justice yourself by shoving him into the television. This one heat-of-passion decision is all it takes.

Your decision to take the law into your own hands means that Nanako remains dead. Dojima is unable to move past what happens and becomes a shell of himself. Her passing impacts the Investigation Team, taking a toll on each member as they contemplate what led them to this point. Teddie will leave the gang a note before disappearing into the television, and without his help, the Team is disbanded.

Because the actual culprit was never caught, the crimes go unsolved. When your year in Inaba is over, a sullen Dojima will bring you to the train station, where you see that the fog over Inaba is still heavy. 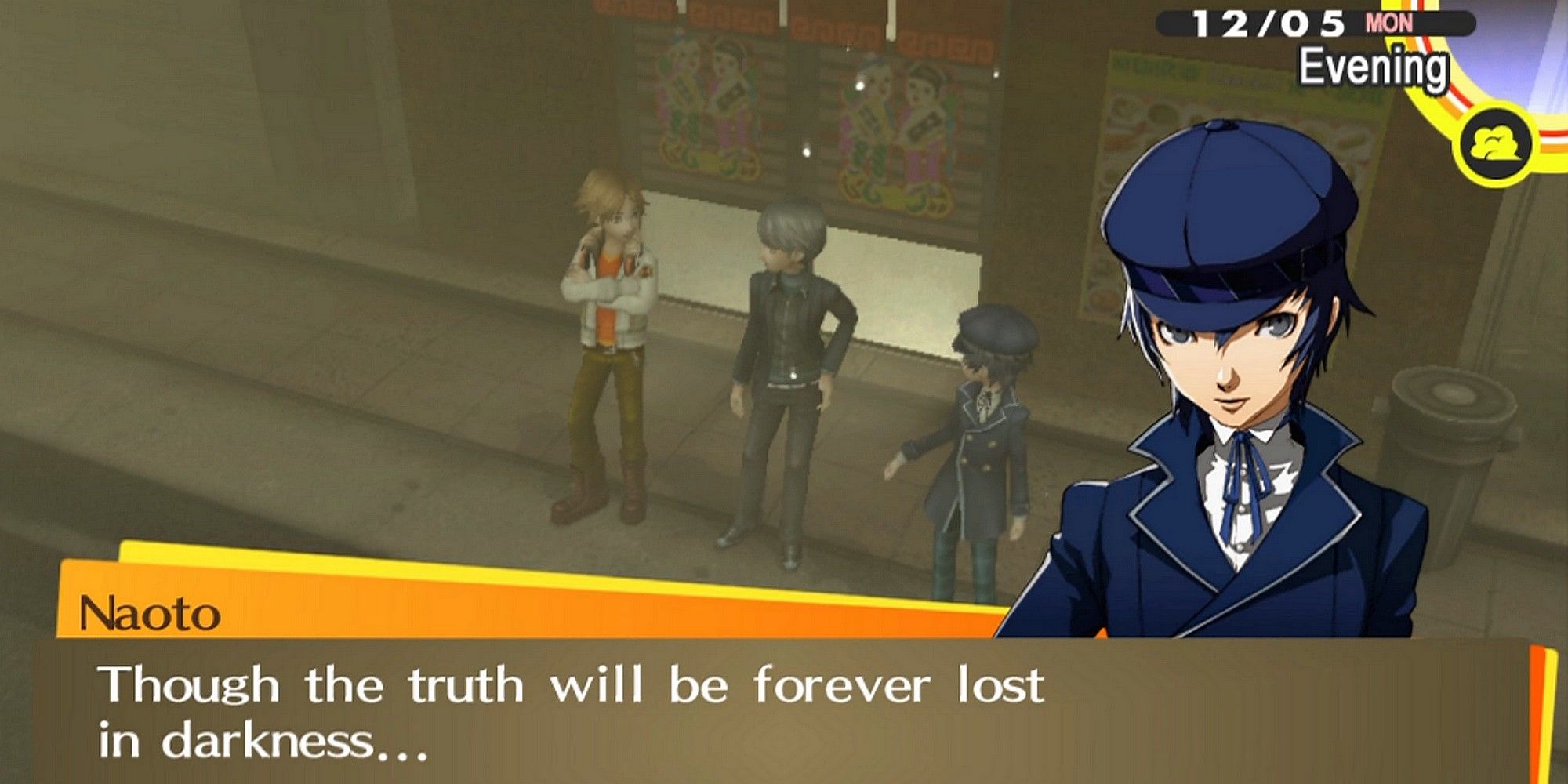 With all choices stemming from December 3, you’ll need to get back to just after Nanako passes away. As with the Bad Ending, Dojima will attempt to go to Namatame’s room only to be escorted out, once again leaving the man to the Investigation Team. Although tensions are high, you’ll need to keep your cool. Choosing to spare Namatame at this point is the first step toward every ending but the Bad Ending.

To get the Normal Ending, you’ll need to stop yourself from punishing Namatame without identifying the actual culprit. Simply fail to name the criminal, and the Normal Ending will proceed from there.

Thankfully, Nanako will be revived in some capacity in any ending other than the Bad Ending. In the Normal Ending, she comes back to life but remains in a coma. As with the Bad Ending, Teddie departs into the TV, and still without his assistance or any leads on who the culprit might be, the Investigation Team is disbanded.

Dojima will once again see you off at the station in this ending, and he’ll speak about how Nanako hasn’t improved enough to come say goodbye. Like before, since the case was never solved, the fog over Inaba remains. 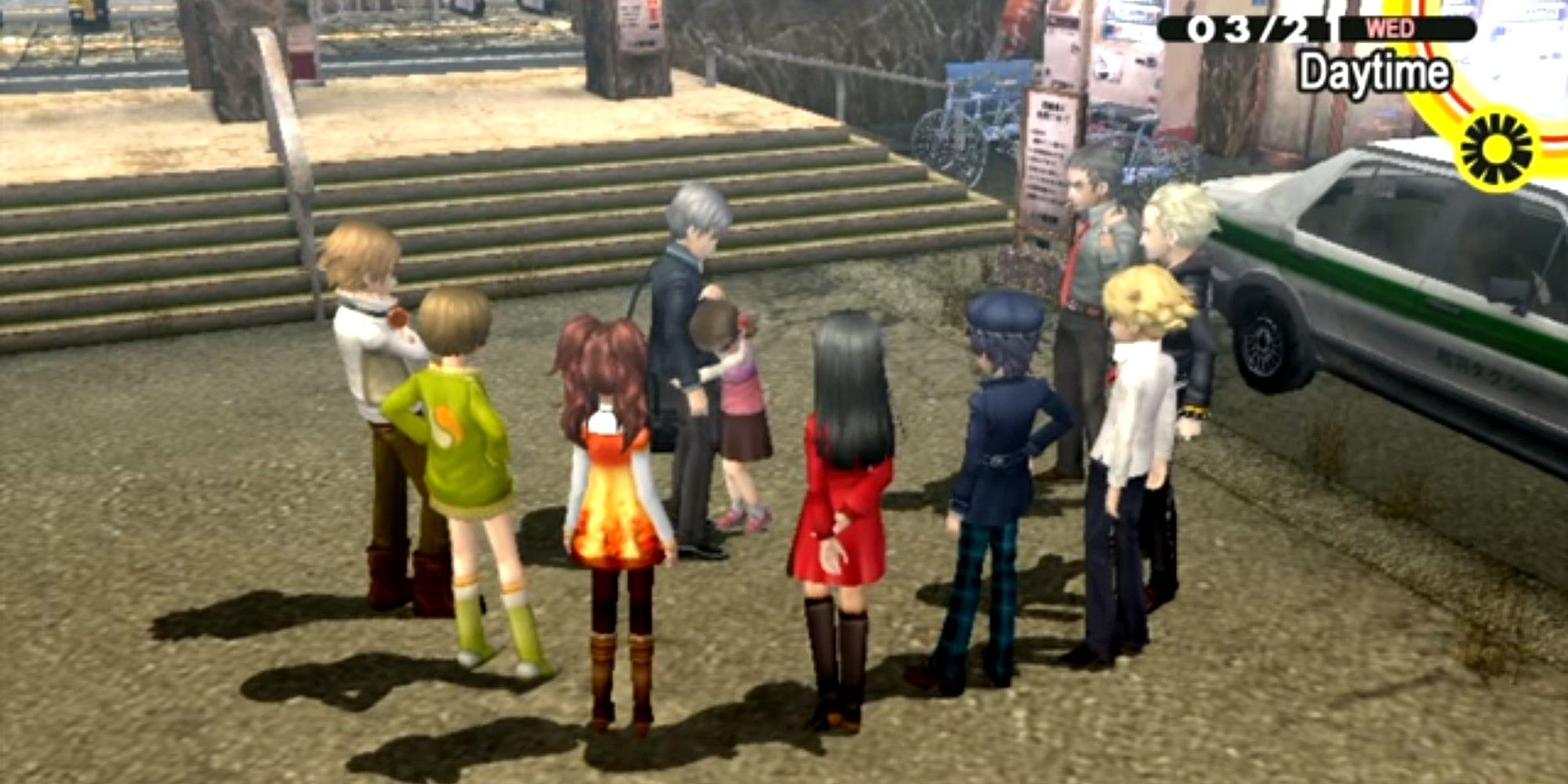 Once again, you’ll find yourself at the December 3 decision on how to deal with Namatame. You'll need to maintain your composure enough to spare his life and express to your friends that there remain inconsistencies in the case.

However, in order to obtain the Good Ending instead of the Normal one, you’ll need to know who the culprit actually is. To proceed with the Good Ending from there, on your final day in Inaba, head directly to the train station with the Dojimas.

Almost as soon as the Investigation Team decides to spare Namatame, the doctor will run into the room to tell you that Nanako has, somehow, come back. There seems to have been no medical intervention that brought this on, as even the doctor seems surprised that she’s alive.

Because you were able to name the culprit, Nanako makes a full recovery and is discharged. She’ll recuperate at home and will join Dojima as he brings you to the train station to see you off on your last day.

After saying his goodbyes, Yu boards the train and looks out the window to see Nanako waving him off. 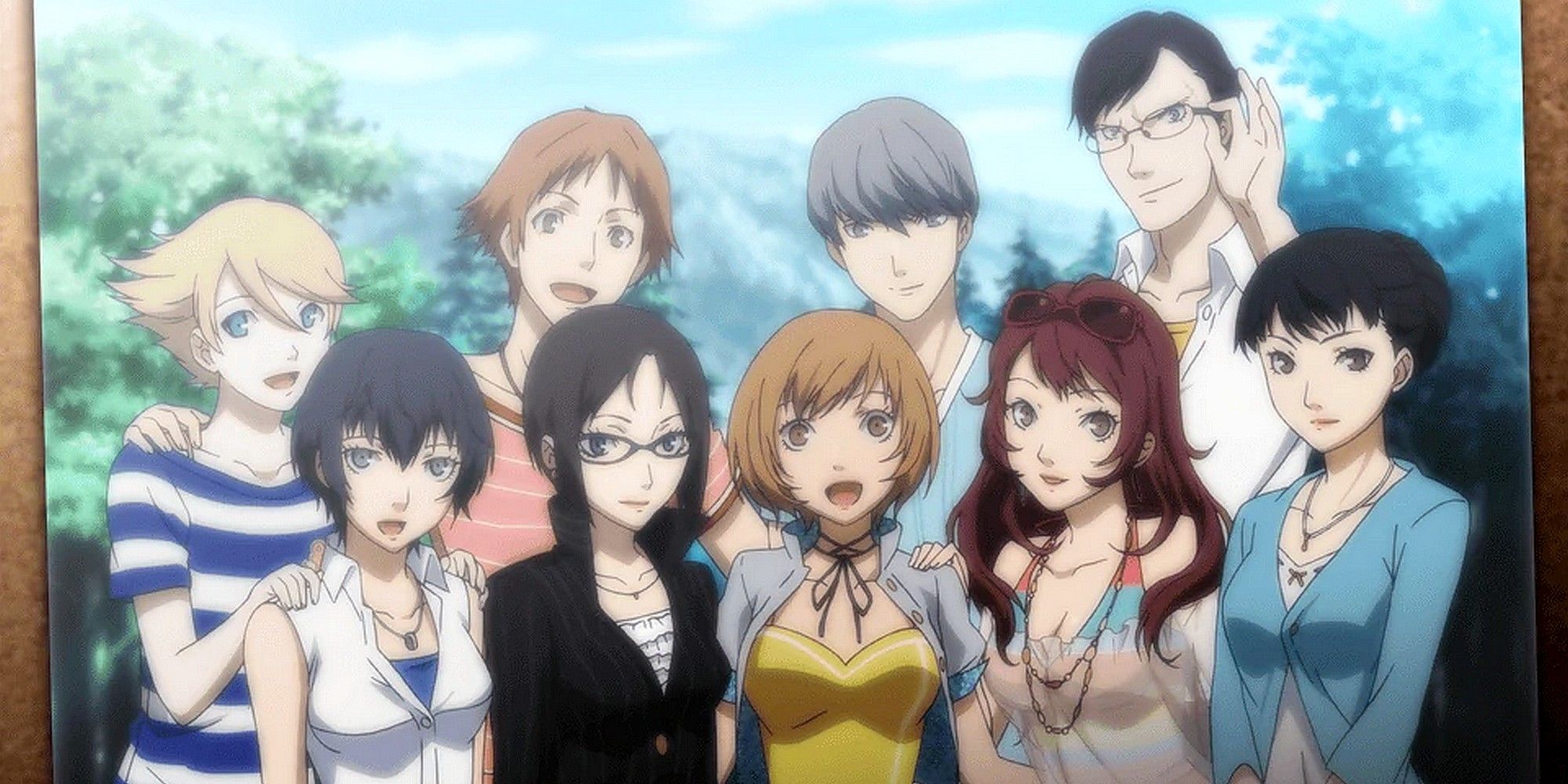 In vanilla Persona 4, the True Ending was considered canon. However, with Golden’s bonus content, things have changed, but this ending remains available as a relic from the original.

On your last day in Inaba, speak to everyone whose social link you’ve maxed, and say no when the game asks if you’d like to go home. Head to the food court at Junes and refuse the game’s suggestions to go home once again to confirm that there’s still a missing piece of the puzzle. Nanako will run back through Yu's first day in Inaba, reminding you that your family stopped at the gas station in town, where you shook hands with the "weird" attendant.

Go back to the gas station and speak to the attendant. The attendant was actually a disguised Izanami, a goddess in Japanese mythology and the one behind the fog. Speaking to the attendant unlocks one more dungeon: Yomotsu Hirasaka.

You'll need to beat the Yomotsu Hirasaka dungeon, which ends in a faceoff against Izanagi herself – or, rather, Izanami-no-Okami who’s been parading as Izanami. She sends your party to the underworld, and just as you’re about to give up, you hear the voices of your maxed-out social links encouraging you to get back up and fight.

Yu channels his original Persona, Izanagi, and his friendships are able to convert Izanagi to Izanagi-no-Okami, who stands a chance at defeating Izanami-no-Okami. He’s able to use a new move, Myriad Truths, as a final blow, and the dungeon is finished upon Izanami's defeat.

By destroying Izanami, you’ve also destroyed the fog that she was dangling over Inaba. You’ll be returned to the real world and proceed to the train platform for a farewell cutscene with your friends. 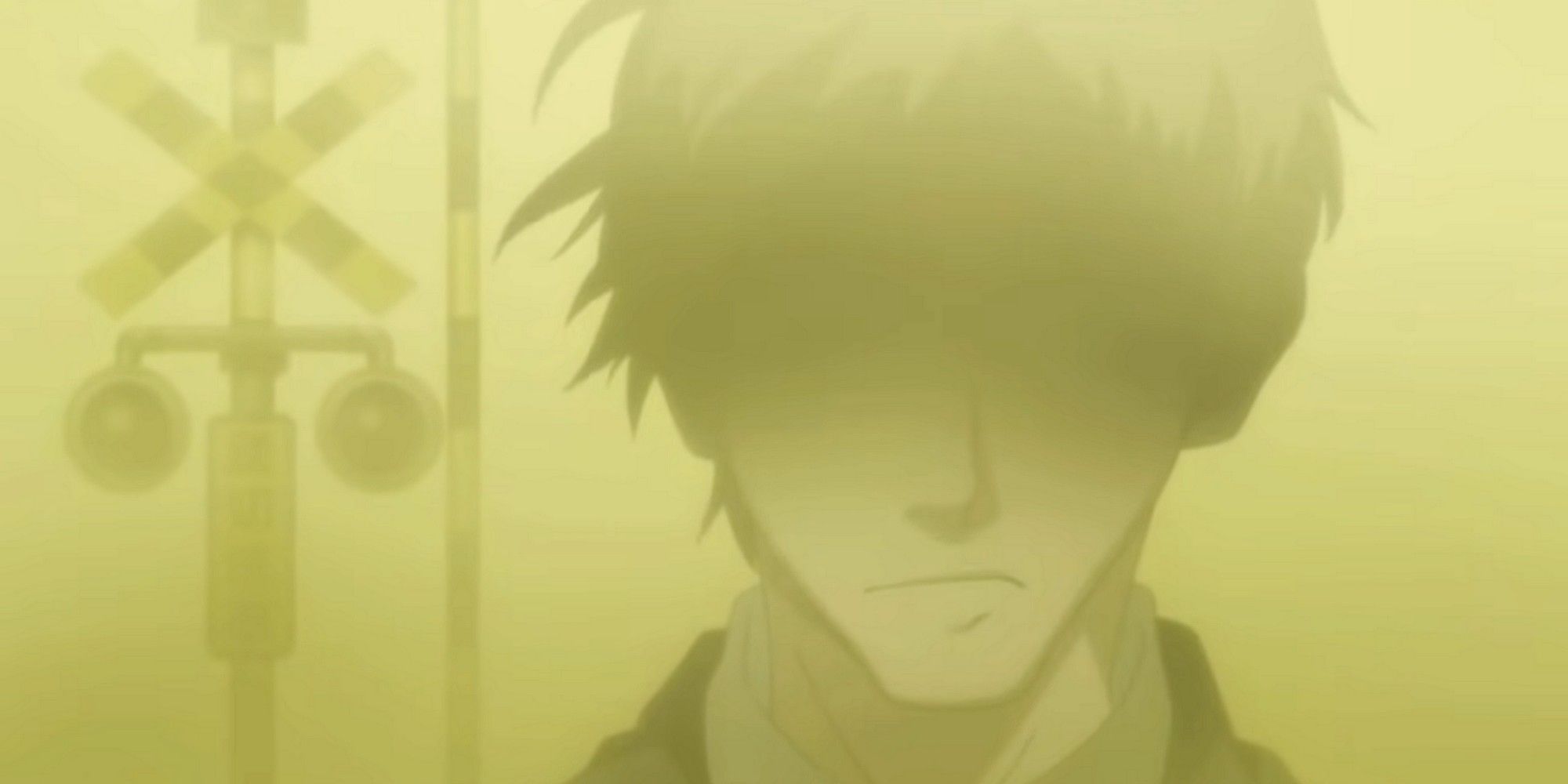 This ending requires some early preparation. Beginning on May 13, you’re able to start nurturing a relationship with Golden’s new Jester social link, Tohru Adachi, who can occasionally be found at the front entrance of Junes.

You’ll need to get his social link up to Rank 6 before completing the Heaven dungeon, but after you do, he becomes unavailable. No matter – from Rank 6, his social link progresses with the story. Upon the completion of Heaven, Adachi will raise to Rank 7, and will proceed to Rank 8 automatically on December 3.

After stopping the group from pushing Namatame into the television, you’ll be asked who the true culprit is. To get the Accomplice Ending, you’ll need to keep the truth from your group. Adachi remains free, and the game will jump to March 20, where you'll be given one last chance to turn things around before formally siding with the killer.

Yu will automatically be sent to speak with Adachi at the police station. Adachi will be his usual brand of cordial until you ask if he's the culprit. He’ll still play innocent until you confirm that you know the implications of siding with him before retrieving the threatening letter that was sent to the Dojima house, which he has yet to submit to Forensics.

He asks you to set fire to the damning letter, and doing so is the final step toward this ending. Adachi will remind you that destroying evidence is a crime, and that it’s the police’s job to keep tabs on criminals, demanding you answer his phone calls from there on out. Going this route will max Adachi’s social link and complete the Jester arcana.

The following day, Yu watches a newscast that says Namatame is going to trial. Nanako will still be in the hospital at this point, so Dojima is the one to bring you to the train station, where you’ll meet up with your friends in a farewell cutscene before the credits roll. After, Yu is on the train and sees that the fog is still thick around Inaba. Adachi is walking around as the train goes through a rail crossing and smiles once you pass, confirming that he’s still at large. 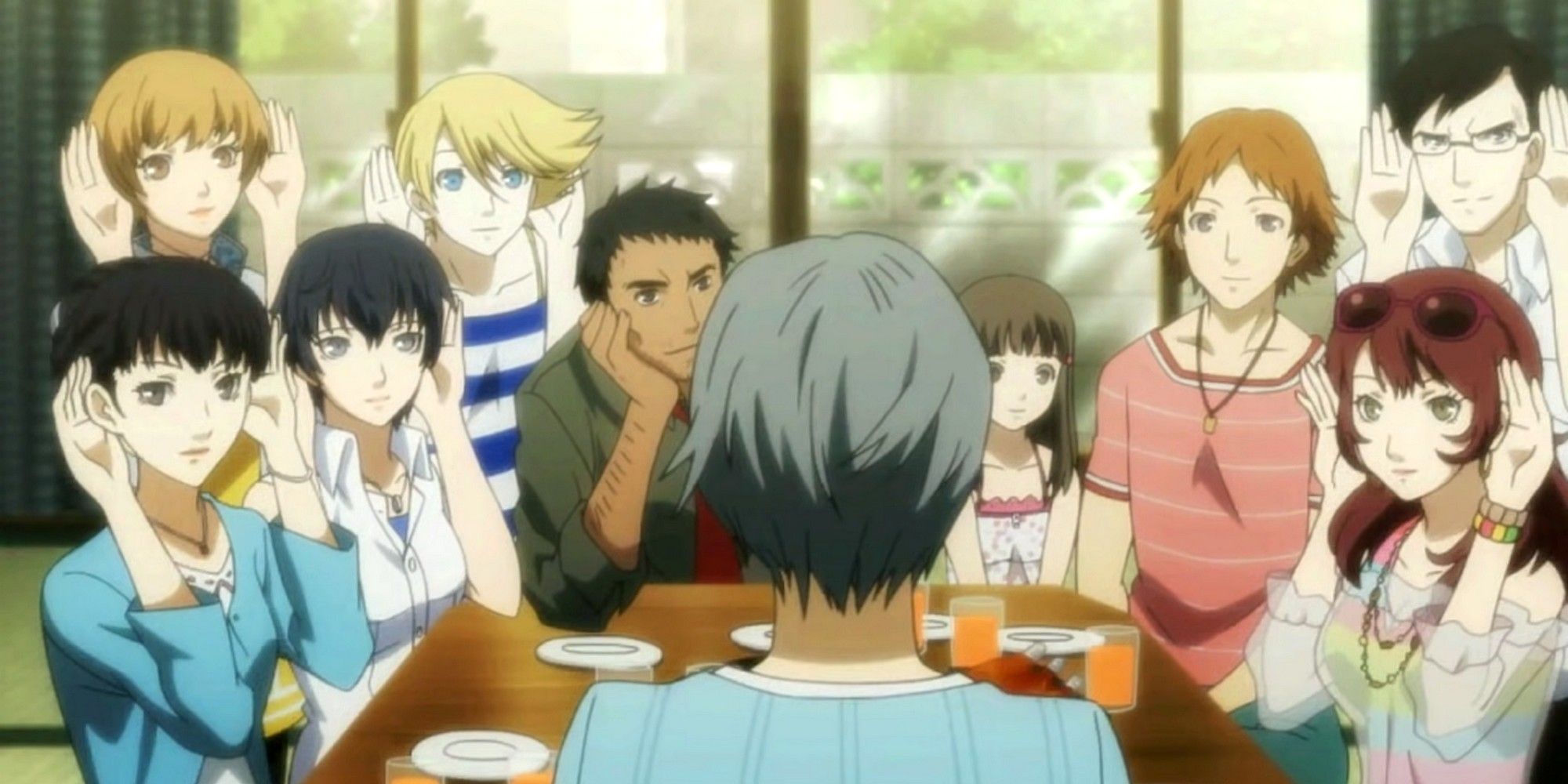 The bulk of the Golden Ending, the canonical end of Persona 4 Golden, follows the same path as Good Ending, for the most part. However, there’s an extra step, which is easy to miss if you don’t know about it ahead of time.

You’ll need to have maxed the Aeon social link with Marie before you finished the Magatsu Inaba dungeon. If you go into the winter months with Marie at Rank 10, you’ll unlock an additional dungeon, which is only accessible on February 13. The dungeon is the Hollow Forest and is centered on rescuing Marie, who has sealed herself inside. Margaret tells you Marie will vanish forever unless you can save her.

Be prepared, however, as the Hollow Forest is known for being tough. You lose all equipment upon entering and have to rely on weaponry found within. Additionally, the SP of every party member will be halved after each fight. You’ll need to face two mini-bosses before proceeding to the final fight. Defeat the dungeon and rescue Marie to usher in the Golden Ending.

From here, the game proceeds with the True Ending, bringing the Investigation Team into Yomotsu Hirasaka and making you defeat Izanami-no-Okami. Yu will still leave after its completion, but in the Golden Ending, you’ll receive bonus content after a brief credit sequence.

The calendar flashes forward to summer vacation, when Yu arrives back in Inaba to visit. The house is locked, but Dojima will say he’s busy when you call, telling you to find your friends. You head into the Central Shopping District, which is beginning to thrive again, but your friends are absent.

You go to Junes, where your group is waiting to surprise you. After a reunion at the store, Dojima calls to ask if the surprise went well, in on the plan all along. He was home, and he's been setting up a meal for everyone to celebrate your return, so you bring the whole gang back to the house.

This ending serves as a wrap-up for a lot of things mentioned during the original story that vanilla didn’t answer. Dojima tells you he’s gotten new leads on his wife’s hit-and-run death. Nanako’s health has improved to the point that she’s even begun taking piano lessons. Namatame was released on lack of evidence and is running for mayor of Inaba in an attempt to atone. Dojima has spoken to Adachi, who's been indited and is apparently a model prisoner.

When the weather report comes on television, Yu is shocked to see Marie as the weathergirl. She declares that she loves you on-air, leading to mixed reactions from your friends. Everyone tells you how happy the residents of Inaba have been now that the fog is gone, with Dojima offering some wholesome dad-talk in summation.

The game ends with a fun shot of the gang welcoming you back to Inaba, laughing together again at last.